Heard about the revamped Start Menu but don’t have the deets about the new taskbar? Though everyone seems to agree with the statement that the new taskbar has no significant difference from the Windows 10 version, that is only the case when you don’t look at it with close scrutiny. Considering the previous issues, customer requirements, and aesthetic appearance of the Home screen.

Windows made some changes to the way the taskbar looks, functions, and delivers. The added animations prove to be easy tools to maximize, minimize, install and launch new application downloads. Also, new buttons have been added to the existing lot. That being said, a few of the older options are now gone. This article is going to analyze all those aspects and tell you What’s new with the Taskbar on Windows 11.

01 What Are the Updated Points of New Taskbar?
02 What's Missing in the New Start Menu?

What Are the Updated Points of New Taskbar?

These are some of the newest additions to the design, function, layout, and approach of the new taskbar in Windows 11. 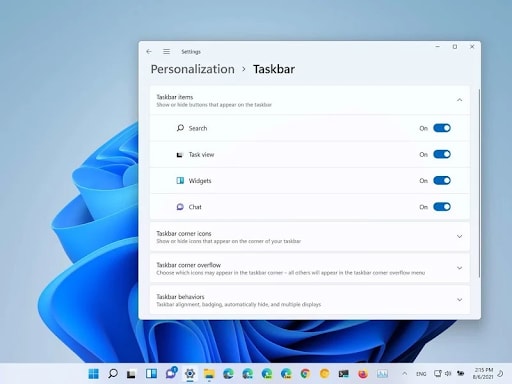 There is always an option to pin your apps to the taskbar. This was present in the Windows 10 version and remains to be more or less the same in the Windows 11 version as well. However, this time, they have added new apps to the existing collection. They added icons for Task View, Widgets, Chat Button, and a modified search option. Also, the Start Button’s Logo got a complete makeover. We think it looks splendid.

Update 2: The Alignment and Start Button

If you remember how the Windows 10 screen looks, then you must have noticed that the taskbar is aligned to the left. However, in the newer version, it has a central alignment and the apps are serially lined in the middle, leaving enough space for the new ones to settle adjacent to them. You will no longer find Cortana and My People in the newer version. The Start button has a new look. It is no longer in the form of a search bar on the left. You can still move your taskbar to the left like before so don’t be worried if you are not with the central alignment decision. 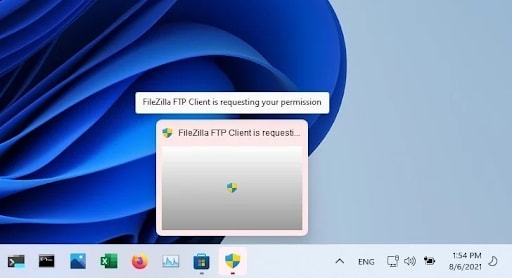 What’s new with the Taskbar on Windows 11 that has nothing to do with its function? To know that, you’ll have to pay attention to the dialogue boxes and pop-up windows. The previews of different icons, the overflow menu, tooltips, and highlighting buttons on the taskbar have a new look now. The corners and edges have a rounded appearance unlike the sharp ends that Windows 11 had. Along with that, the glimmering that indicates that an app needs your attention is now again. It has been replaced with a subtle red blinking light that draws your eyes towards the open windows. The red light will eventually stop moving and light red light, the size of a mini pill will remain constant.

You can remove the pre-existing apps or the new apps by simply right-clicking on the icon and choosing Hide from Taskbar. Windows replaced the search bar with a simple search icon. There is a renewed Task view and separate widgets manage the different widget icons. If you do not want any of them on the taskbar, you can right-click and remove them from the bar.

The new animations add a very pleasing appearance to your desktop, especially when you log in initially and the computer is loading and setting the OS right for you. For instance, there is a bouncing animation when the taskbar loads on the desktop. A mini-indicator is displayed in two different sizes - large and small - to show that a window is maximized or minimized. A progress indicator is present and it will tell you the status of your new applications, their download, and installation. 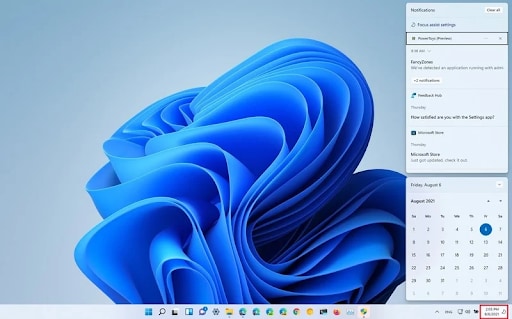 In your old windows 10 version, you’ll find that the system tray is towards the lower right corner. It is in the same place in the Windows 11 version too. Then what’s new with the taskbar on Windows 11 when there is no change? There is an organized grouping of the icons within it. All your notifications are put to a side, the Bluetooth WiFi and connectivity tools have a dedicated space and most importantly, you can find the clock and calenders in a close-knit space. This is efficient compartmentalization that will create a convenient interface.

They’ve slightly tweaked the context Menu for the taskbar. But should we consider it an advantage or not? That’s a discussion for later. However, now you can only access the taskbar settings from the Context Menu and nothing more. Then you can proceed and control the icons, their presence or absence in the panel.

In our honest opinion, we have mixed feelings about the way the new Taskbar has been designed. At the end of the day, a new addition should prove to be a hype-up of the existing one. However, WIndows removed some of the important features like convenient Clock display, option to move the taskbar, and more. This makes us frown upon their decision to change something that was clearly more advanced than the version that they currently settled with. While we saw What’s new with the Taskbar on Windows 11, we will discuss what he lacks in the next section.

Well, it is quite confusing to understand the agenda of Windows when they decided to tweak the existing features of Windows 10. In Windows 11, we seem to think that the features are below average and Windows 10 remains to be the better version for the taskbar.

But it has its own advantages.

The answer to the popular question - What’s New with the Taskbar on Windows 11, is that the taskbar has been revamped to make it look more professional and aesthetically beautiful. However, they have compromised on some of the best features to compensate for the elevations. That being said, we never know what Microsoft had in mind while tweaking some aspects.

But overall, the taskbar is still valuable, useful, much more organized, and digitally modernized. I wouldn’t call it better than Windows 10 version, but it should still suffice and provide optimum service.