SSD vs HDD: What's the Difference?

SSDs and HDDs are two types of storage devices that are used as the local drive for a laptop. You have to decide which one you want for you. Both of them have their positives and negatives so is a Solid State Drive better or would buying a Hard Disk Drive the better choice? Well, it all depends on your needs, budget and preferences. If you look at the price alone, HDDs are a much safer option but if money isn’t an issue for you then SSDs are a far better option considering their superior performance. Let’s compare the different aspects of each storage device and find out which one is the right one for your needs.

SSD is the short form of Solid State Drive. The reason why it is called that is because it does not have any moving part similar to a USB drive. In layman terms, you can call an SSD a very large and more sophisticated type of a USB. Like a memory stick, the information on the SSD is stored in the form of microchips. Moreover, instead of having the data being accessed by a mechanical arm, SSDs are able to access it directly from the microchip. This is the reason why the SSD is far speedier than the HDD as it requires less manual labor for getting information.

SSDs utilize NAND-based flash memory which is a non-volatile memory type. It can keep the data stored on it even after the disk has been turned off. While all types of permanent memory have this same feature, it had been rumored that the data stored on SSDs would be lost after a few years time. However, it isn’t true SSDs available today can keep the data stored for up to 200 years. An SSD has an embedded processor which is termed as a controller. It is used for performing various operations which are related to data reading and writing. The faster the controller is the faster are the data read and write speeds.

HDDs are an older technology which was initially introduced by IBM almost 60 years ago. It is the abbreviation of Hard Disk Drive and it makes use of magnetism for the purpose of storing data. HDDs have a rotating platter that spins at high speeds while a read/write head is placed above it which reads and writes data on the spinning platter. The performance of an HDD is dependent on the spinning speed of its platter. The usual spinning range of HDD drives in use today is 5400 RPM to up to 7200 RPM. Sever-based platters can reach spinning speeds of up to 15000 RPM.

The thing that makes HDDs most suitable for data storage is that they are extremely cheap. They can store copious amounts of data and won’t cost you much either. The cost/GB of a HDD is far lower than that of an SSD. For instance, WD Black, a HDD, has a storage capacity of 1TB and is available for about $69 while Samsung 850 EVO, an SSD, having a capacity of 1TB can cost up to $319. So, if cheap storage is what you are looking for than HDDs are the best available option. There is no difference in looks of HDDs and SSDs. A 2.5-inch hard disk is typically used for laptops while a bigger 3.5-inch hard disk is suitable for desktops.

Part 4: The Right Storage for You

So, which one between HDD and SSD is the right storage for you? The following breakdown might help you in making your final decision.

External and internal hard drives have the same features present in them and can be judged on same principles mentioned above. The market is now rife with SSD external drives. So, if you are a person who has a need for toughness and speed from your external drive then choosing an external SSD is the best option you have. 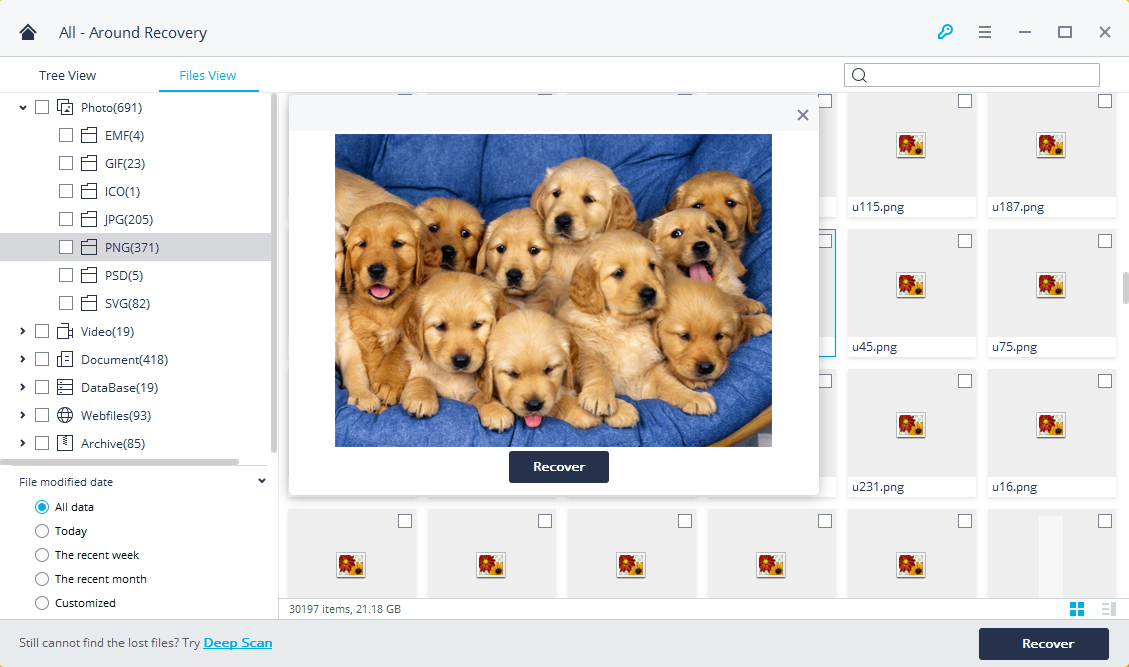 How to Mirror Hard Drive

How to Create a Windows 10 Recovery Drive