How to create extended partition a Hard Drive in Windows?

Computers are devices that are capable of helping people out in almost every part of life. In fact, there has been no other man made thing or device that has influenced the lives of people to such an extend as computers have. Hence it is safe to say that almost every single person would be dependent on a computer to carry out some kinds of works. So you would need to make sure that you are aware about rectifying some of the most common troubles that arise as far as a computer is concerned.

What is an extended partition on a hard drive?

How to Create an extended partition:

The simplest method is to use the disk management console in order to make sure that there is unallocated space on the drive in order to create the extended partition that you need. 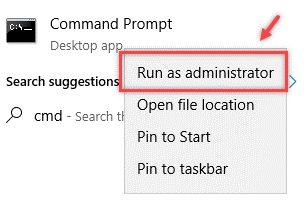 Type in diskpart and then press enter. The next step would be to select the drive that you need to extend.

Use the command ‘select disk x’ . this would select the disk and the x is replaced with the number of the disk.

The next thing to do is to create the extended partition with the command ‘create partition extended size= xxxx. The xxxx should be replaced by the size of the extension that you need.

After this is done, if you check the disk management would show the extension for the disk drive that you have just extended. This is way to check whether the repartition has been successful.

Now you have to create a logical drive to use the new partition to store data.

Right click on new extended partition area on Disk Management and click on “New Simple Volume”. After that just follow the step of creating primary partition.

Facing issue like creating logical partition in windows 10 is very common in daily computing. To deal with the problem like this, using one or two partition tool is a good decision. AOMEI Partition Assistant is one of such great tools the can help you to convert between primary and logical drive. It also offers converting between different file systems from NTFS to FAT32 without formatting. It is recommended to download the software to explore its other services.

Things You Should Know About EFI System Partition

> Resources > Partition Solutions > How to create extended partition a Hard Drive in Windows?