Backed by research and cutting-edge technology, all the major products developed by Wondershare keep updating to meet the growing needs of its users. Therefore, to provide enhanced video repairing features, Wondershare has come up with a brand-new update for Wondershare Repairit v2.5.

The user-friendly and powerful video repairing application is now equipped with the best-in-class features. The new update has extended the support of Repairit with numerous video formats and devices. Users can now check a full preview of their videos beforehand and obtain better repairing results for 6K/8K HD videos as well. With these promising updates, Repairit expects to provide the best video repairing experience to its existing and new users.

Wondershare Repairit already supports all the major media formats (such as MP4, MOV, MKV, FLV, and more). The latest Repairit 2.5 version is now compatible with other video formats as well, such as KLV, MXF, and LPCM.

KLV, which stands for Key Length Value, is a popular encoding scheme for media files that set distinctive values for data based on unique keys. It is mostly used to storage HD videos recorded by Sony devices.

MXF (Material Exchange Format) is a media container format, which is used for audio and video files. It is defined by SMPTE standards and is mostly used to store and exchange TV broadcasting videos.

LPCM is known as a Linear Pulse Code Modulated format, which performs a linear quantization of data. The container is mostly used for audio formatting with PCM and WAVE as its subtype.

Now, users can simply load videos in KLV/MXF/LPCM formats on Repairit 2.5v and follow a simple click-through process to repair them effectively.

Another major update of Repairit 2.5v is its extensive compatibility with devices like Black Magic Design, Atomos, and Ninja V.

Blackmagic Design is known for its extensive range of miniature and high-quality cameras that are used by beginners and pros alike. Some of the most popular Black Magic camera models are Pocket Cinema, URSA Pro 12K, URSA Mini, and more. 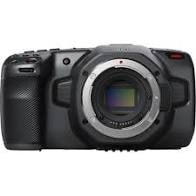 Atomos products are widely considered by professionals for their cutting-edge technology. The brand is also known for recording extensions that are compatible with almost every professional camera. Ninja V by Atomos is the flagship product of the brand that can capture videos in high-quality ProRes standards. The field monitor and compact recorder can yield exceptional output under every condition. 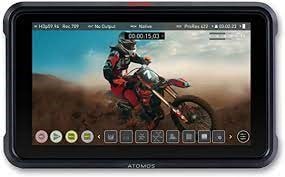 One of the major updates of Repairit 2.5v is its full compatibility with Black Magic Design, Atomos Ninja V. Apart from that, the repairing tool was already compatible with cameras from other manufacturers like Nikon, Canon, Sony, GoPro, and more.

Update 3: A Complete Preview of All Repaired Videos

To provide an enhanced video repairing experience to its users, Wondershare has removed the 30-second preview limit from Repairit 2.0 version. Now, the updated Repairit 2.5v has no such preview limit, letting users watch the entire video before saving it.

The limitless preview of videos will let users check the results on the native interface of Repairit before saving their files. The full preview of videos is available for every supported format like MP4, MOV, MTS, 3GP, AVI, FLV, INSV, MXF, M2TS, and M4V.

It was observed after the feedback from our existing customers that the repairing results for 6K and 8K videos were not satisfactory. Therefore, to provide a hassle-free experience to our users, Repairit 2.5v has made a drastic improvement in the repairing algorithm.

On the latest Repairit 2.5 version, users will get superior results even for repairing 6K or 8K videos. This will let users fix their ultra-HD videos under every possible scenario with Repairit 2.5.

Words in the End

With these improved features, Repairit 2.5v expects to meet the growing needs of its users. It has now extended its compatibility with numerous video formats and devices. Besides that, users can seamlessly preview the entire repaired video on the interface of Repairit in advance. Also, the tool now yields advanced repairing results for 6K and 8K videos.

Having these state-of-the-art and cutting-edge features, Repairit 2.5v has evolved to become the best video repairing application for Windows and Mac. It doesn’t matter if you are an existing customer or a new user, the repairing tool will certainly meet your requirements in no time.