How Can You Fix Can't Play Recorded Video

Videos that were recorded for a long time are corrupted in a sudden? Don't worry. We provide the solutions to help you fix unplayable recorded videos.

"Well, I recorded this video using ManyCam and my webcam. I tried recording some other videos with it first and it worked pretty well. The problem is when I recorded a long video of about 4 hours... Its size is about 4 GB, and when I try to play it, despite if it's ManyCap, Windows Media Player, VLC player, it won't work.
In addition to that, the video on its properties does not show the actual length of the video. This is an important video for me, I wonder what I can do to play it. Is it possible?"

Recording videos is a common phenomenon in the modern technological world. People record videos to cover events such as weddings or even when they want to share moments with family and friends. In online learning, professional lecturers are prompted to record their classes which they share virtually with students from all over the world. After different videos are recorded, people typically store them in their cameras, phones, or even personal computers. At times, you might try to play your video and you end up getting the can’t play video error. What do you do?

Take it easy first. There is a good chance of repairing recorded videos that are not playing on any media player.

We record videos in our lives due to different reasons. If you are at an event or wedding, you may want to capture that moment so that you can send it to your groupies and family. For tutors, it is vital to record videos of their classes, so that they can share them with other students virtually. In some other cases maybe you have a blog or YouTube channel that you communicate with people and at times you need to record videos to convey messages to your audience. As you can see, people have different reasons for recording videos depending on the occasion.

After recording videos, you have to store them probably whether on your computer, external drive, or memory cards. However, you may incur errors when you try to play your videos. And sometimes you would get messages: "Cannot play video. Sorry, this video cannot be played" or "Unable to play video. File has incorrect data." If you had recorded them and the process was not complete, they will fail to play. The reasons behind this are because the videos are have been corrupted. So what leads to the corruption of videos?

Recorded videos can become corrupted despite all precautions. To get back corrupted recorded videos to their normal state and fix the can't play recorded video error, you can trust Wondershare Repairit Video Repair software on both your Mac as well as Windows computer to eliminate errors from the recorded video files which are damaged and failed to play normally.

Please note that we can help you fix the videos that can't play on VLC, Windows media player or even some on YouTube. If you need the specific fixes on VLC video repair, you can check out another page: Fix choppy video playback on VLC.

Step 3 After the repair process completed, you can preview the repaired video files and save them to a preferred destination.

After the saving process is complete, you can find and view the fixed recorded videos on your computer. Congratulations! Now simply download and have a try the best Video Repair Tool to help you fix the can't play recorded video error.

If your videos are not corrupted but just deleted, you can also get them back easily by following the solution: How to recover videos easily.
Download | Win Windows Version Download | Mac Mac Version

The major reason why your recorded videos refuse to play is that they have been corrupted. Corruption, in turn, arise from different causes. For instance, whenever you are recording videos on a low battery, chances are that your device will shut off hence interfering with the whole process. At other times, your recorded video file will not be available due to file renaming or moving to different locations. If the video is at an external storage device, ejecting the device without following the standard procedure could also lead to corruption. The video file can also get infected by external threats like malware. Luckily, you can still fix your video, and get rid of them can’t play video error. This can be done through the following.

This is deemed the simplest fix of your recorded video files. Restarting the device comes in handy especially if the recorded video refused to play due to upgrades or maintenance or if you had moved it to a different location. Sometimes the recorded video might be too large hence a restart lacks to do the trick. If this is the case, strive to reduce the strain on your computer before opening the video. This can be done by heading over to the control panel, click the display, and then the settings tab. The next thing is to click on advanced settings and then 'troubleshoot’. Drag the hardware acceleration leftwards which helps reduce the strain on the computer.

The Windows Audio Endpoint Builder could be another reason why your recorded video is not playing. The service at times experiences some glitches and hence affects either the video or audio playback. Accessing the service and restarting it forcibly can be the solution. This is done through the following steps:

Step 1 Start by pressing the Windows key + R. In the dialogue box that opens up, enter ‘services.msc’ to prompt the services window. The User Account Control will pop up and you should click ‘yes’ to permit administrative access. 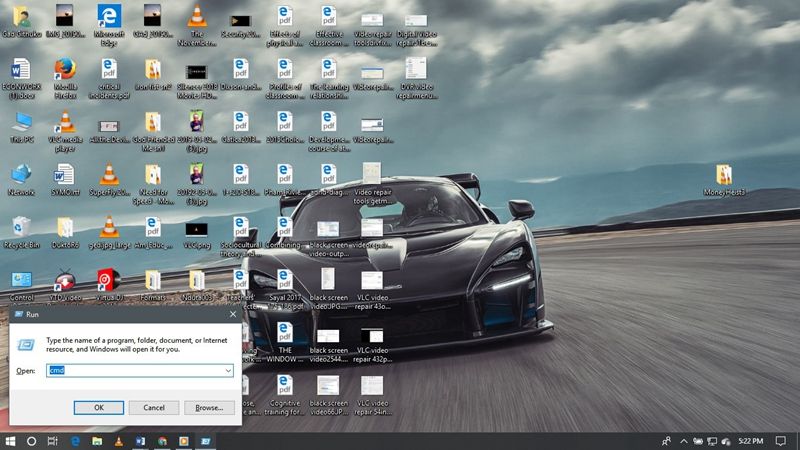 Step 2 In the services screen, scroll through the list of services that you are presented with till you see the 'Windows Audio Endpoint Builder'. Right-click on it and choose Properties from the context menu that pops. 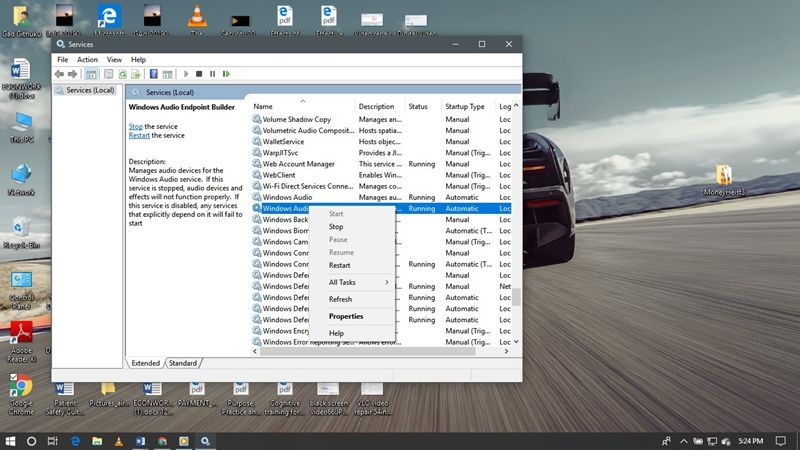 Step 3 In the properties menu, go to the ‘General’ tab and then press ‘stop’. This should close the Windows Audio Endpoint Builder Service. 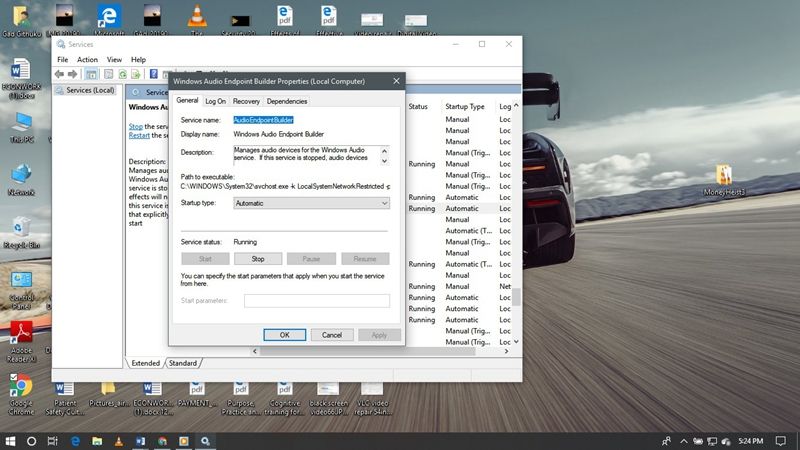 Step 4 When the ‘Start’ button becomes available once more, click to restart the service. Close the services screen and check whether your recorded video file will be playable.

At other times, you will be experiencing this error with a specific media player. If you are using the VLC Media Player and it is not playing your recorded video file, try the following techniques:

First VLC Technique: Modify the Parameters-Your recorded video could end up playing if you tweak the parameters of the media player. Head over to the settings tab of this application and select ‘All’. Then move to ‘Input/Codecs’, followed by ‘Access Modules’ and then ‘File’. Change the chasing value to a lower figure as high values typically lead to playback issues.

Second Technique: Deactivating Hardware Decoding-When hardware decoding is enabled, the VLC playback of your recorded video might have lots of issues such as the can’t play video error. Disable it by opening VLC tools then pressing ‘Preferences’. In the settings window that comes up, press the ‘Input and Codecs’ tab that is on the left sidebar. Finally, deselect the ‘Use GPU accelerated decoding box.

Third Technique: Convert Your Recorded Video-Your recorded video could have playback issues, especially it is in a high definition mode. Converting it into a VLC compatible format can solve the issues. The steps to converting the video include:

Step 1 Open the VLC application and head over to Media. Press the 'Convert/Save' tab.

Step 2 In the open media window, the first section will allow you to select the specific recorded video file while the second section allows you to embed a subtitle.

Step 3 After selecting the second step, hit the convert/save button. You will be prompted to select the destination folder and the file name. Wait for the video to convert before trying to play it.

Part 4: How to Protect Recorded Video from Corruption?

This article has expounded on how to fix the can’t play recorded video error. It happens all the time that we have our treasured recorded videos which suddenly refuse to play on varying media players. These videos do not play because they have been corrupted. In this, numerous techniques to handle such have been explained- from restarting the device, restarting the Windows Audio Endpoint Builder Service, and even resetting the specific media players. Some strategies to protect recorded videos from corruption were also highlighted. Follow these so that your valued recorded video files are always in good condition and safe.