How to Backup Xbox 360 One HDD for Free

Are you enjoying your time on Xbox 360 or One Hard drive and are worried about the security of your saved games? Well, there is nothing to worry about. You can easily backup Xbox’s HDD using the method mentioned in the guide.

Q: How to backup Xbox 360 or One HDD for free?
"I am using Xbox One for almost a year, and my hard drive is stuffed with a lot of games that I can't let go. Hard drive of Xbox is running out of space, and I'm planning to jump to a new one to get excessive space for my gaming storage. I don't know any procedure to perform the task properly. Plus, I can't find any free software to backup Xbox one hard drive and restore it to another one. My Xbox is also showing some troubles and the best thing to do is to back up the data as soon as possible. There is one thing I know that losing my data isn't the option for me, as it will ruin my gaming life. If there is any simplest way to do that, I'd love to follow it."

This fact can't be denied that Xbox consoles are widely cherished by people around the globe. Everyone is surely concerned about the data of their games. Backing up your data automatically with a few clicks can help you a lot in this situation. In this guide, you will get to know the trouble-free method to back up your Xbox One hard drive. The steps mentioned in the guide are the most effortless steps for your situation. Just read the guide carefully and follow it to the end.

Firstly, it is quite important for you to know about different scenarios and situations where people prefer backing up Xbox HDD. Xbox is one of the most used consoles all around the world. The user of Xbox strives to save their games on the hard drive of Xbox. Games like Halo require a lot of storage, and users can never compromise in losing their data. However, there is no guarantee for the hard drive of Xbox; it can fail anytime or can face troubles due to any misadventure. Sometimes Xbox is showing problems, and the data of the users is at significant risk. In case users play smart and backup their hard drives, they can surely tackle the problem of losing the data.

Xbox doesn't have a backup program which you can use to create a backup of your valuable games. Users need to buy a protective shell and take out the hard drive of their Xbox. You need to make sure you properly unplug the hard drive, as it will surely violate the warranty terms of the drive. You can also do this when your warranty is expired. You also need two screw drivers to remove the hard drive of your Xbox. You also need a SATA cable to perform the task if you have desktop computer. It will help you connect your hard drive to computer. In other words, you will be making Xbox hard drive as external hard drive. You also need to keep in mind that Windows backup will not work with FAT32 formatted partition. This is where the professional backup software comes in. You need a third-party software to conduct this task properly. AOMEI Backupper is the finest software for this job. Once you have all the necessary tools, you need to jump to the next core section of the guide.

Part 2: How to backup Xbox 360/One with AOMEI Backupper?

Making a backup of your Xbox 360/One with any other software is not as easy as you think it is until or unless it is AOMEI Backupper. In this guide, you have the leading software for this job of making backup of Xbox hard drive.

You need to use this astonishing AOMEI backupper to effortlessly backup your backup your Xbox's hard drive. AOMEI Backupper is an advanced backup and restore software which contains all features of the Standard edition, provides complete and reliable PC backup and restore strategies for any of the windows version. System Clone, Backup Scheme, Dynamic Disk Backup, Dissimilar Hardware Restore, Merge Images etc. and many others diverse and useful features are available. Not only the backup, but the software allows you to auto sync USB drives and external hard drives when connected with File Sync. The files can be used directly after they are synced. This software has the feature of disk backup, file backup, and partition backup. This software is capable of creating a backup of all your precious games. It also supports file systems like NTFS, FAT32, EXT3 and exFAT. These features aren't in Windows built-in tools. Now that you are aware of the capabilities this software has, learn the steps to back up your Xbox hard drive, these are the steps to do so;

Step 1: Firstly, get the Xbox hard drive and connect it to the computer. You can connect it externally or internally using the SATA cable. Make sure you have connected the hard drive properly.

Step 2: Moving on, you need to download and install the AOMEI backupper professional. Once you have downloaded the software, launch it properly by clicking on the icon.

Step 3: When the main interface is open, you need to click on the "Disk backup" or "Partition backup" after you hit the "Backup" option. 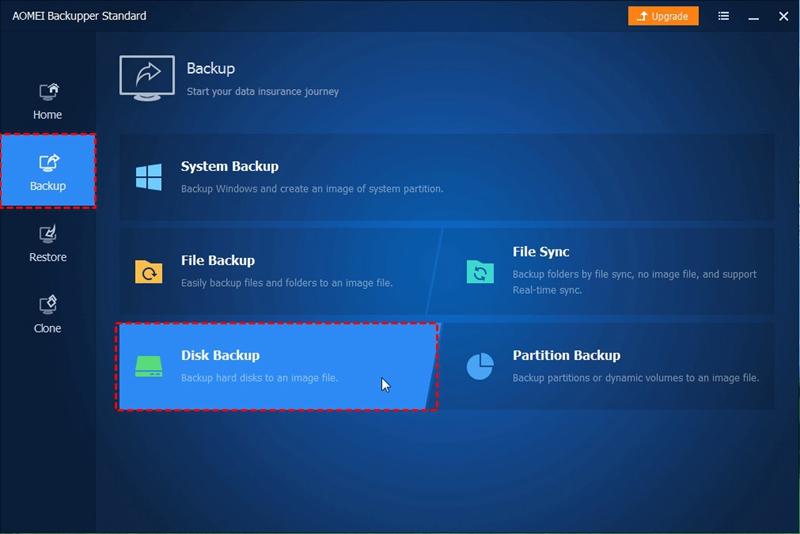 Step 4: Now, you need to select the Xbox hard drive as the source disk and then you have to select the location path for the backup destination. 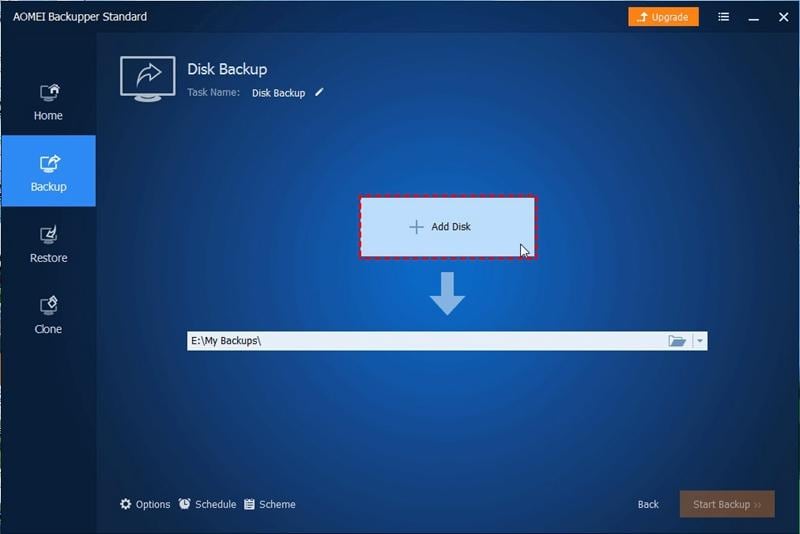 Step 5: Once you have made all the modifications, you need to click on the option 'Start backup". The backup process will initiate and the time of backup will depend on the amount of data stored on the hard drive. After the procedure is completed, you need to buy the new hard drive for your Xbox and store the data on that one by few simple steps and tools. 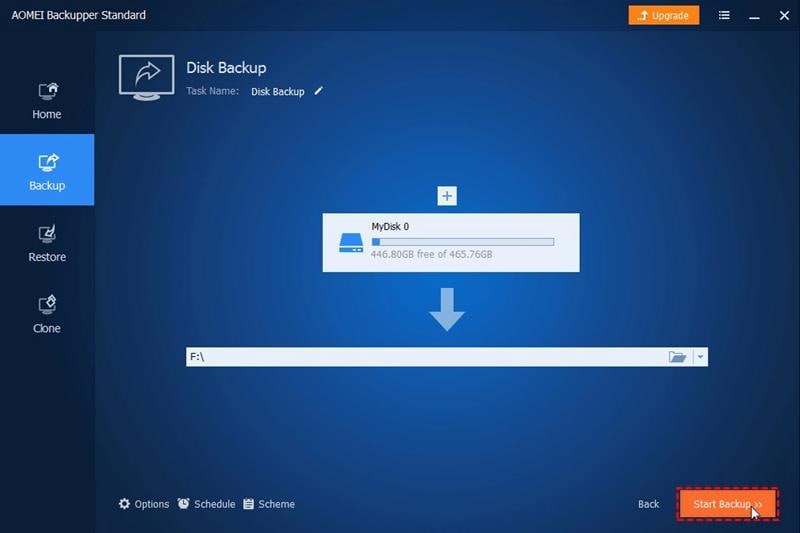 Xbox gaming consoles are widely used all around the world. We can say that it is one the most commonly used gaming console. People find it really easy saving games on the hard drives of Xbox. Although, these hard drives can become the reason of a lot of data loss. If a person has a hard drive with gigabytes of precious gaming data then making a back is compulsory for that individual. In this guide, you have learned how to backup your Xbox hard drive when you plug it with your computer. Now, you don't have to worry about your vulnerable data any more, your data is safe and sound. AOMEI backupper gives you the easiest ways to get out of a problematic situation. All you have to do is that you have to follow the guidelines carefully just because it helps you in avoiding the worst-case scenarios.