Superfetch is a useful Windows service that was first introduced in Windows Vista. The primary objective of this service was to regulate the RAM management and speed up the entire processing. However, for many users, Superfetch can easily become a nightmare. As ironic as it may sound, but the process that was initially designed to speed up the processing can also affect the PC’s performance by increasing the CPU usage.

Many users complain about Superfetch causing high CPU usage on their system. If you’re one of them, this guide is for you. In this article, we are going to share deep insight into Superfetch, its benefits, and what you can do when it leads to high CPU usage.

So, without any further ado, let’s get started.

Part 1: What is Superfetch and What are Its Benefits?

As we mentioned earlier, Superfetch is a dedicated Windows service that came along with Window Vista. Ever since, the feature has been seen in almost every Windows version, including the latest Windows 10. The Superfetch service was basically tailored to improve the overall efficiency of a Windows system. It analyzes the user behavior to find out the most commonly used apps.

The service then copies the useful information of these applications to the RAM. And, since the processor can fetch data from the RAM more quickly instead of the hard drive, you’ll notice a fast booting for your most commonly used apps. Superfetch will make these apps load faster, ensuring high performance.

Here are some of the benefits of the Windows Superfetch service.

It’s also worth noting that Superfetch will only work if your PC contains an HDD drive. In case, you’re running an SSD drive, your system will automatically shut down the Superfetch service and you won’t have to deal with any issues at all.

So, despite being such a useful process, why do people complain about high CPU usage due to Superfetch. Well, the answer is pretty simple! Since Superfetch is an essential Windows service, it’s always running in the background and eating up your PC’s resources. This means if you don’t have a high configuration PC, Superfetch is most likely to overload the processor, resulting in slow processing.

That’s the reason why many users encounter high CPU usage and damaged performance due to Superfetch. So, what’s the best way to deal with this situation? Fortunately, you can also turn off Superfetch if you see high CPU usage. It’s quite easier to permanently disable the feature. Even if you aren’t a tech-geek, you’ll be able to disable Superfetch without any hassle.

Part 3: How to Disable Superfetch in Windows?

So, if you’ve been seeing any unexpected spikes in your Windows CPU or hard disk usage, it would be better to disable the Superfetch process. To do this, you can follow different paths. Let’s quickly walk you through the two different methods to disable Superfetch in Windows.

The easiest way to disable Superfetch is via the official Windows Services window. For people who don’t know, it’s the window that’ll display a list of all the running processes (system and third-party). Here’s the detailed step-by-step process on how to disable the Superfetch service directly via the Services window. 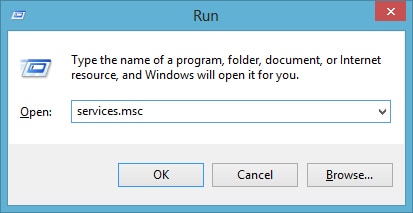 Step 2 - Now, scroll down the list and locate “Superfetch”. Then right-click the process and tap “Stop” if you want to disable the process temporarily.

Step 3 - In case you want to disable the service permanently, again right-click on it and tap the “Properties” button.

Step 4 - Next to the “Startup Type” option, use the drop-down menu and select “Disabled” to turn off the service forever. 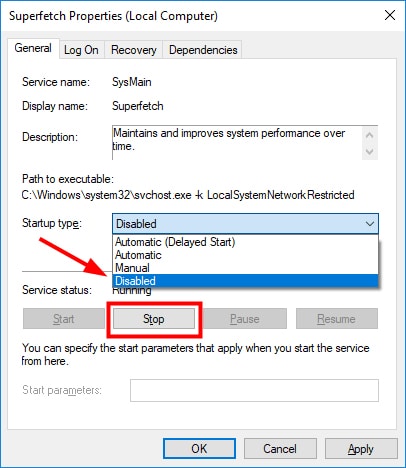 That’s it; once you have disabled the Superfetch service, simply reboot your computer. This time you won’t encounter slow initial boot or high CPU usage at all.

Another way to disable the Superfetch process is to use Command Prompt. To do this, you’ll have to run Command Prompt as administrator and execute a few commands. However, if you don’t have the required experience, it would be better to stick to the previous solution. 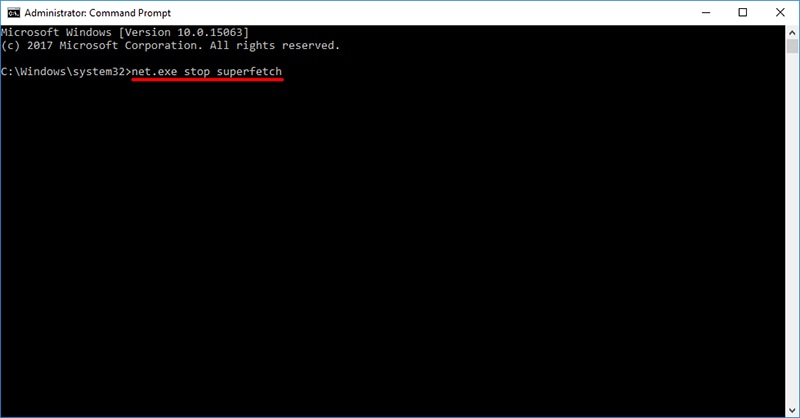 This will disable the Superfetch temporarily.

Step 3 - If you want to disable the Superfetch process permanently, you’ll have to execute the following command.
sc config sysmain start = disabled

Now, close the CMD window and reboot your computer to complete the process.

Part 4: Is It Ok to Disable Superfetch in Windows 10?

Since Superfetch is one of the most useful Windows processes, many users also want to know if there are any bad consequences of disabling Superfetch. The answer is No! Superfetch isn’t related to any other Windows process. It's only objective is to regulate RAM management.

This means even if you disable Superfetch, it won’t affect your PC’s performance whatsoever. So, if your PC is encountering high CPU usage or high disk usage, you can disable Superfetch. This will help you achieve the most efficient processing as per your PC’s configuration.

So, that’s everything you need to know about the Windows Superfetch process. If this process has also slowed down your PC’s performance, you can follow the above-mentioned methods to disable temporarily or forever. In either case, this action won’t affect your computer’s performance whatsoever.

Superfetch is an essential Windows service that’ll optimize your PC’s performance to achieve efficient processing. However, in case you encounter high CPU usage, you can also disable Superfetch. Disabling the process won’t affect your computer general performance at all.

No, Superfetch isn’t removed from Windows. Ever since Windows Vista, Microsoft has ensured to integrate Superfetch with each Windows version. You can even find Superfetch in the latest Windows 10 as well.