Why Aren't There A/B Disk?

When we buy a new desktop or laptop, we see that the C drive is the primary disk drive by default. It is the first letter on the computer, following by DVD/Blu-Ray as D and other peripherals you add, such as memory slots and external drives. But A and B are never there! 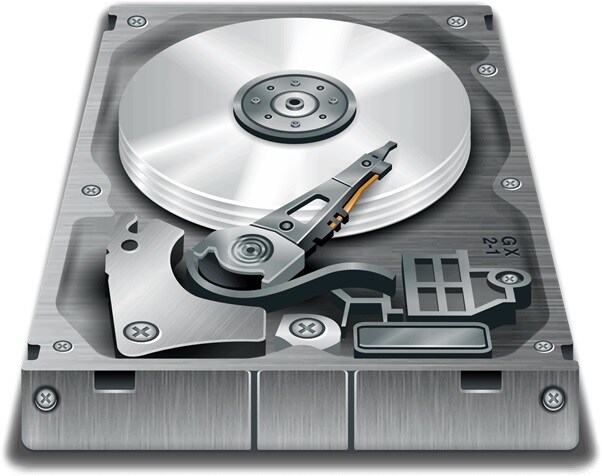 Many first-time computer users wonder at one time or another – Why are not there A drive or B drive?

Here is the answer:

In early computer days, A: and B: disks were booked as floppy disk drives. These drives would read floppy disks and exist before Compact Discs (CDs) became widespread as a means to store data. Before Blue-Ray, there were Digital Video Discs (DVDs) before CDs. Each advancement brought us more storage space as compared to floppy disks.

You might have never heard of these two drives because manufacturers stopped including them on personal computers after 2003. But some computers still feature A: and B: disks. Apple was the first to disregard these two drives in 1998 on their iMac computer devices.

As mentioned above, early PC-style computers featured no hard drive. They only got one floppy drive, and that was all. For having the second floppy drive, you had to spend another $1K. With one drive, you could boot from one disk, put in the other disk with your data, and run the intended program.

Once finished, your PC would request you to reinsert the boot disk, allowing you to reuse the command line. Copying data from one to another disk involved a series of “Please insert source/destination disk into drive A:….

The motherboard hardware would support two floppy disks at fixed system addresses in hardware. Due to its built into the hardware, it was thought that the same could be built into the OS as well. And, any hard drives would be added to the machine starting with disk C: and so forth.

Many software programs were introduced with expectations to see long-term storage on the C: drive. 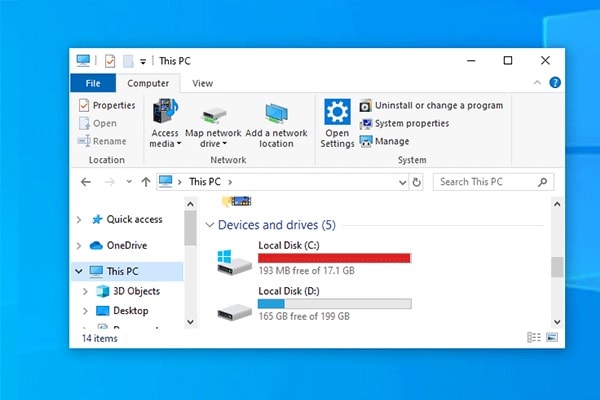 One of these software programs is BIOS that boots our computer systems. Even in modern computers, you can attach two floppy drives, boot into DOS, and use it like in the early '90s, with A and B floppy drives.

By and large, backward compatibility is the reason for starting the hard drive at C. While modern OS comes with abstracted data storage up to some extent, it still treats A: and B: drives differently. These drives can be removed from the system without causing any change to the OS. It caches them differently and treats their boot sector more attentively than the hard drive’s boot sector.

C: drive has remained the traditional installation drive for Windows. Having floppy drives also provides support need for users who need them to manage older drivers or systems.

But in case you feel alphabetically agitated by this, Microsoft lets you revamp your drives and make A: your new C: drive. There are many tutorials available for this purpose.

Part 2: Why is the Computer Operating System store on a C disk? 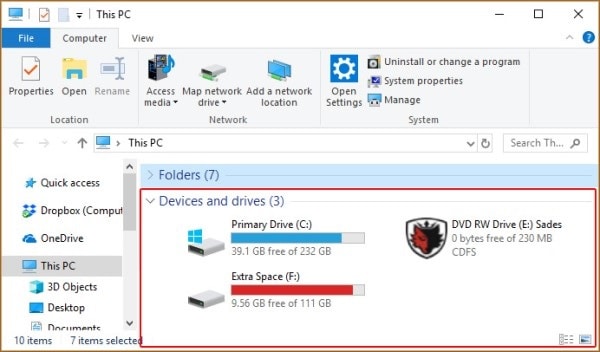 By now, it must be clear that A: and B: drives are booked for floppy disks. So, C: drive is the first partition created for Hard Disk Drives (HDD). It’s faster than other partitions of HDD because it is made up of the outermost HDD tracks. So, it makes sense to store your OS in C Drive for compatibility and speed. For better understanding, let's take a look at how HDD stores data. 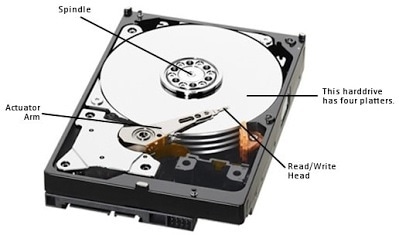 HDD saves your data on the magnetic platter that is termed as disks. These are made of different disks mounted on a spindle. These disks are attached to a motor that constantly rotates at a particular speed. As a result, the spindle and disks also rotate at the same constant speed.

Platters on HDD are made of tracks that are concentric circles. These are subdivided into sectors, each storing the same amount of data – between 512 bytes or 4K bytes. Track sectors are called sectors. 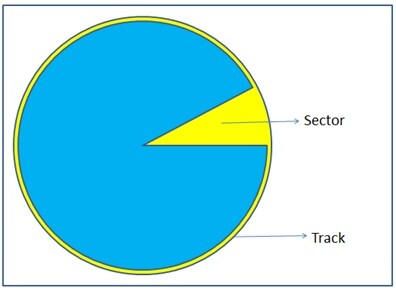 The tracks’ collection on all disks creates the outermost cylinder. Partitions on the disks are made of thousands of cylinders. 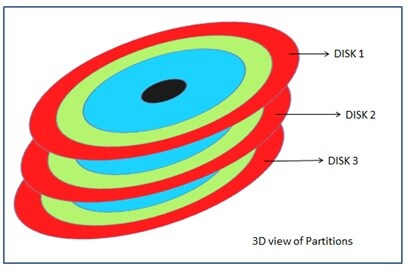 In the early days, HDD would use track, cylinder, and sector number to address data blocks. However, these days, almost all HDD provides have shifted to Logical Block Address (LBA) system for the purpose. The reason behind this transition is the ease of addressing and security of the data stored on HDD. In addition, drives can remap a bad sector to a different location without the host’s intervention. On top of that, the transition to LBA also facilities Zoned-bit recording.

Since the first partition (C: drive) is made up of the outermost cylinders, you can retrieve more data in a single disk rotation. Disks rotate at a constant speed, but this is not true for tracks. Outer tracks work faster than the inner ones. So, they have the dual benefit – a greater number of sectors and faster rotation. 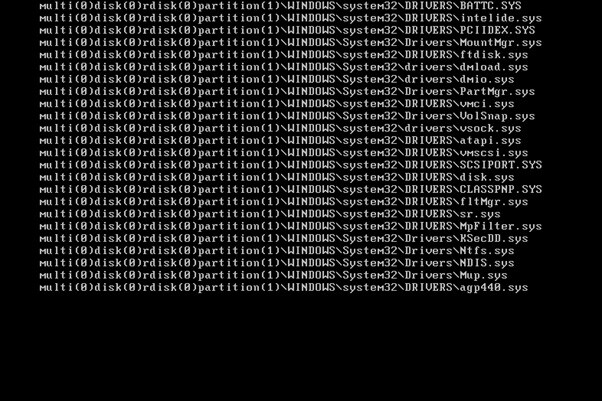 So, when we store OS in the C: drive, we store it in the first partition that is the fastest one. Most of the data in this drive have the best latency. This means improved boot time.

Once OS starts running, the driver’s speed does not matter because the code now runs from either the cache or the Random Access Memory (RAM). Running a large size application takes longer to start running. So, install it in C: drive. Other small-size applications run on other drives.

Hopefully, all your questions regarding the hard disk partition are clear. To sum up, A: and B: drives were reserved for floppy disks. You can still create A: and B: drives on your system. C: drive is by default used for storing your OS because of its fast speed and low latency.