Note: Please do not use Recoverit phone recovery software to recover deleted pictures from iPhone or phones without SD card.

1Is it possible to retrieve deleted pictures from BlackBerry Curve?

The answer is YES. Generally, photos you've captured by the phone are saved on the memory card. When you delete photos, you do not erase them forever, but only mark them as useless and make them invisible. The place that those photos were taken over is marked as reusable for new files. Once you've saved new photos or other files there, your previous photos will be overwritten by new ones and you can't get them back anymore. Therefore, first things first, you have to keep your phone or the card well if you still want to recover deleted pictures from your BlackBerry Curve 8530, 9360, 9330, etc.

To recover lost photos from BlackBerry Curve is not so hard as you think. Of course, you can't accomplish it bare-handed. Before you do anything, get a BlackBerry Curve photo recovery program, which can do a lot for you. If you have no idea about it, here is my humble recommendation: Recoverit, or Recoverit for Mac. Both versions of the software are fully reliable and professional. They can help you recover deleted and formatted photos, video, and audio files from all kinds of BlackBerry cell phones, as well as other mobile phones like HTC, Samsung, Motorola, Nokia, LG, and more.

Download the free version of this BlackBerry Curve photo recovery software now. Choose the right version based on your actual needs.

Note: Remember to save the scanned results if you're going to recover the found files later, to prevent data loss.

2How to recover photos from BlackBerry Curve

To recover deleted pictures from BlackBerry Curve, you can select the option "External Devices Recovery" to start. 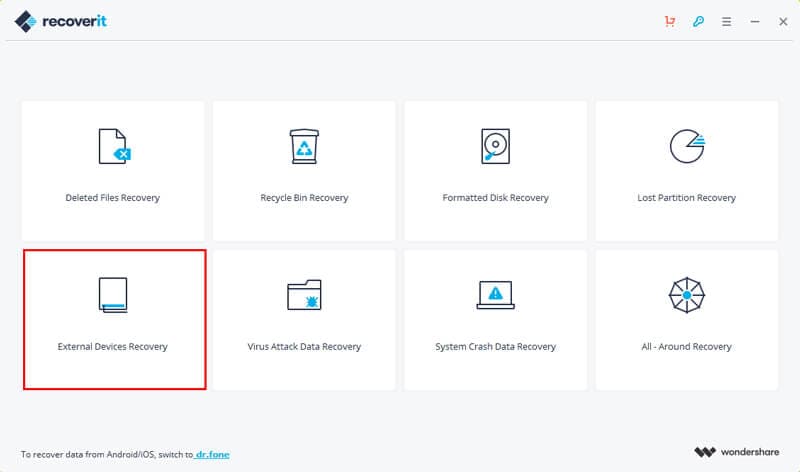 Select the target location of your BlackBerry Curve phone displayed under the category of "External removable device" and click "Start" to go on. 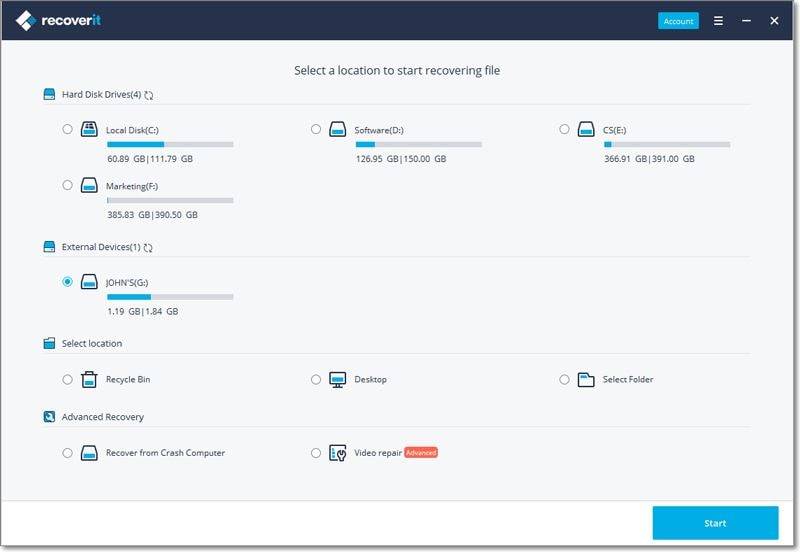 Then, a quick scan will commence. If the files you want to recover aren't shown after the scan, you can resort to the "All-around Recovery" mode to search more files, which will take more time to scan.

Finally, you can preview the found files from your BlackBerry Curve phone, select the wanted ones, and click on "Recover" to get them back.

Note: Don't save the recovered data on your BlackBerry Curve or the memory card again. Find another place for it like your computer or another external disk, for safety's sake.

3How to Avoid Data Loss on BlackBerry Curve

It does not matter if you are working on your PC, Mac, or a Smartphone such as BlackBerry Curve, you need to follow the same protocols to avoid data from getting lost or accidentally deleted. All that is required from the user is to look after the device with extra care and take notice of the sudden change in behavior of the BlackBerry Curve’s normal functioning. Here are some tips to avoid data loss:

Portable smart devices such as a BlackBerry Curve is a lifesaver for people, who are always on the move and wish to access their work/personal data on the go. It causes a particular type of heartache when the technology betrays you after finding out one day that your data has been deleted due to a variety of reasons, that could have been avoided. However, if you have Recoverit at your disposal, then there is a 100% chance of recovering the deleted photos or other items if you perform the function immediately.

How to Recover Photos from Nokia Lumia 920

How to Recover Data from Broken Android Phone?