Wondershare has always been at the forefront of designing feature-rich applications that help users tackle various technical issues in their daily life. This time the team has stepped-up the game by releasing the new update of its video repair tool, officially known as Wondershare Repairit 2.0. It’s a fully-functional video repair tool that’s designed to repair corrupt/damaged videos so that you can play them without any interruption.

The previous version was known as Wondershare Video Repair. But, this time, the company has changed the overall identity of the software, by naming it Wondershare Repairit 2.0.

Unlike the earlier version, Wondershare ReapirIt 2.0 has a unique name that makes the software stand out and easily recognizable. 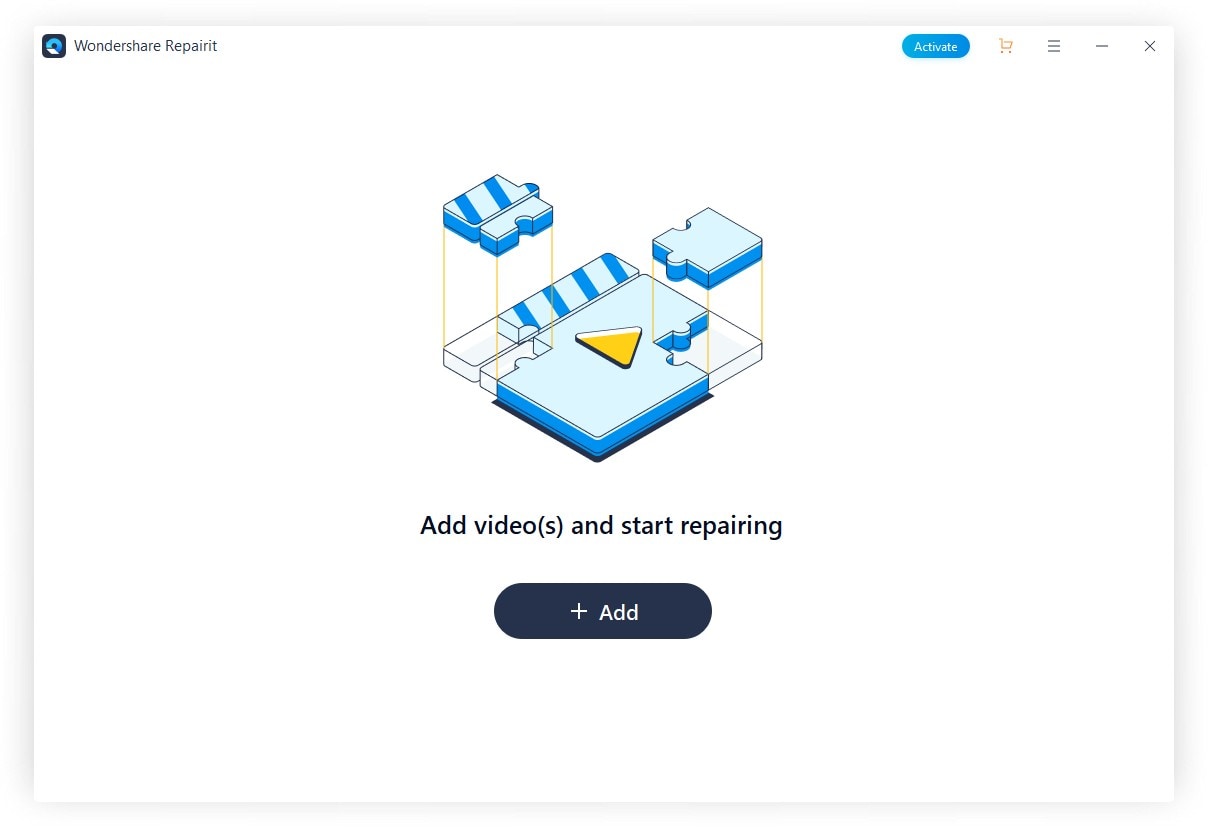 Wondershare Repairit 2.0 also displays dedicated thumbnails for each video. This means you’ll be able to identify each video just by looking at its thumbnail. This is a reliable feature, especially when someone wants to repair multiple videos at the same time. Since each video will have its own thumbnail, it’ll become quite easier to identify and manage all the videos in the list.

If you’ve already used Wondershare Video Repair (the older version) in the past, you’ll notice significant differences between the two applications. After adding a corrupt video in the newer version, you’ll be prompted to a better and detailed “video list”.

The list will display videos along with their technical information, a feature that was missing in the older version of the software. Now, you can see video duration, frame rate, file size, video resolution, and the device used to capture the video. 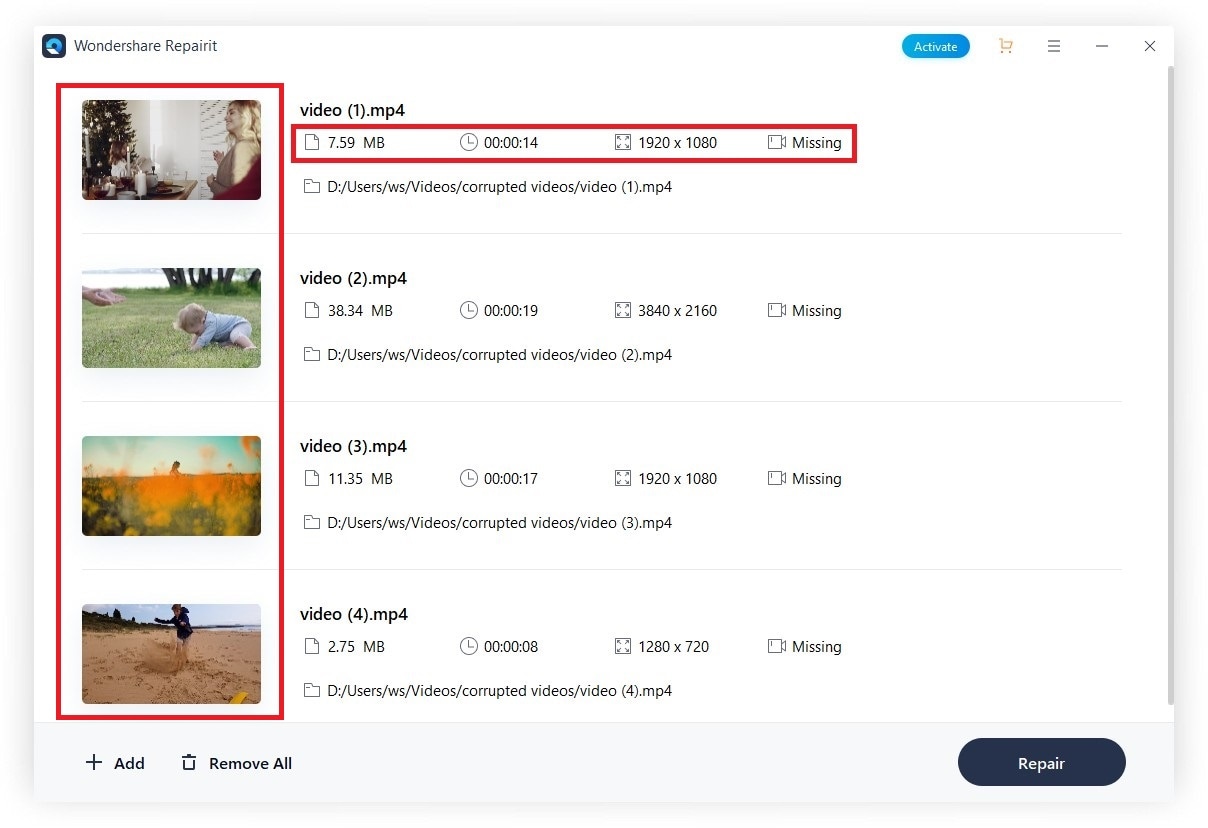 As compared to the previous version (that only displayed file size), Wondershare Repairit 2.0 displays detailed information of videos that you’ll add. And, after the videos are successfully repaired, the software will automatically update the technical information accordingly.

After the videos are successfully added and you’ve tapped the “Repair” button, you’ll notice a new progress bar. Like different elements of the software, even the “Progress Bar” has been refined to match the overall intuitive interface. 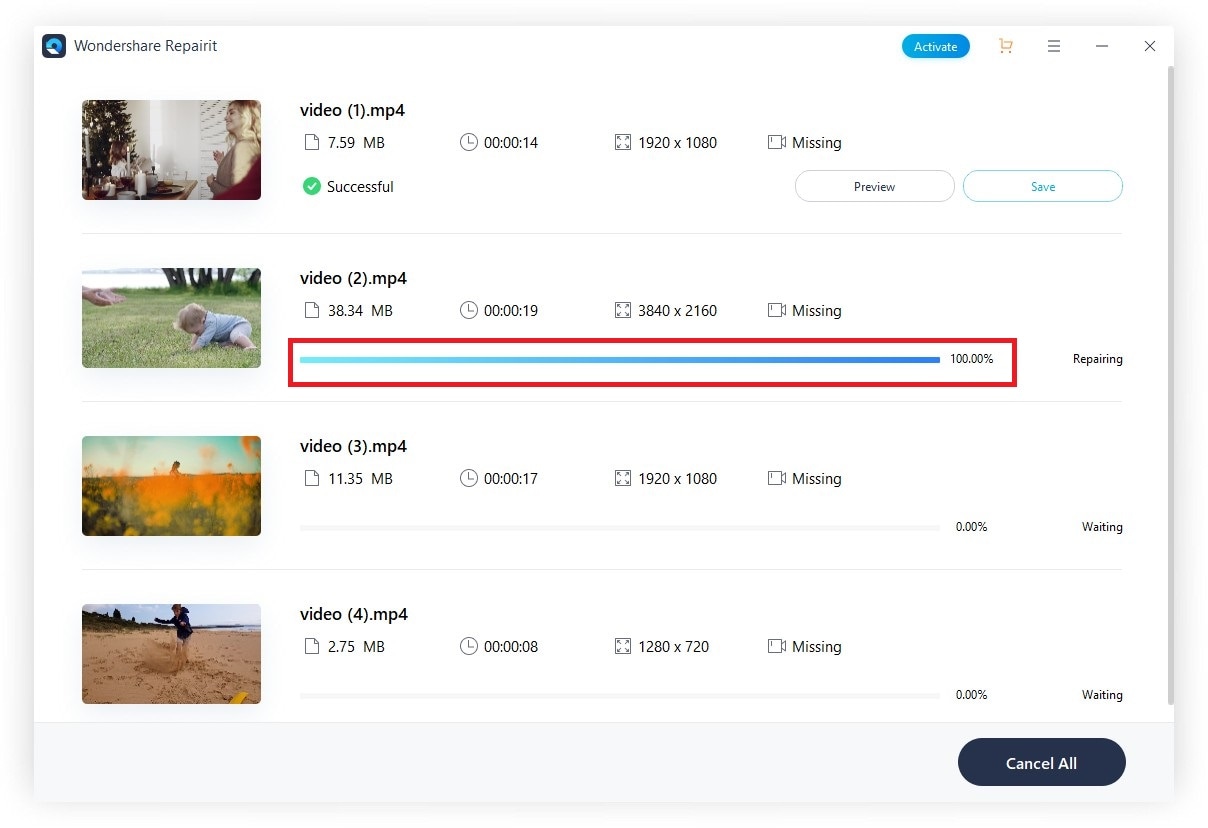 The new progress bar will be displayed below the technical information of the videos. This will make it easier to keep a check on the overall repairing progress of added videos.

Users who have used Wondershare Video Repair earlier must be familiar with the “Advanced Repair ” mode of the software. While the “Advanced Repair” mode works the same in the newer version, there is one major change that’ll increase the overall success rate of Repairit 2.0. In the latest version, the application will verify the sample video before going into the advanced repair.

However, like earlier, there are a few things you should remember while choosing a sample video. For instance, the video should have the same frame rate and must be captured from the same device as the source video that you want to repair. 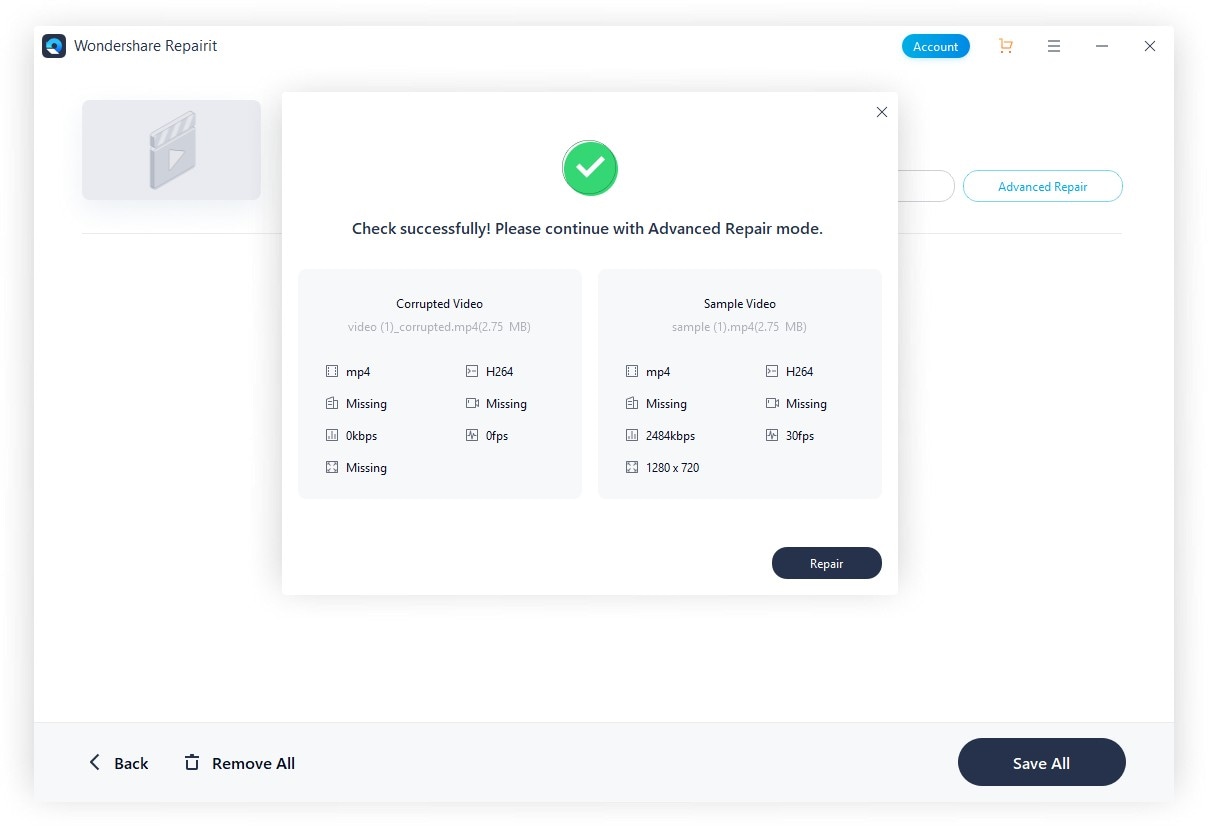 In case these parameters don’t match, you’ll be asked to add a new sample video.

1Full Preview of the Repaired Video

Wondershare Repairit 2.0 provides a better “Preview” feature than Wondershare Video Repair. This time, you’ll be able to watch a preview of the entire video. In the previous version, the software only displayed a 30 seconds preview. 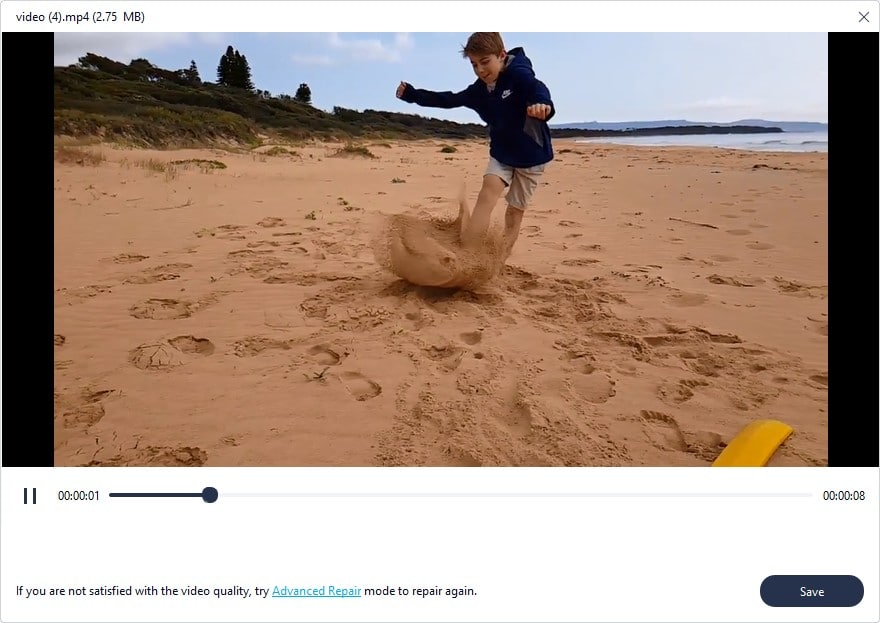 Due to this, users were unable to identify if the entire length of the video has been repaired or not. To tackle this situation, Wondershare has decided to provide a complete preview of the entire video. This will help you check videos before saving them to your PC. At present, this feature is only provided for AVI, FLV, MTS, M2TS and MKV formats. With regard to other formats, you can only preview 30s length before you have purchased the product. 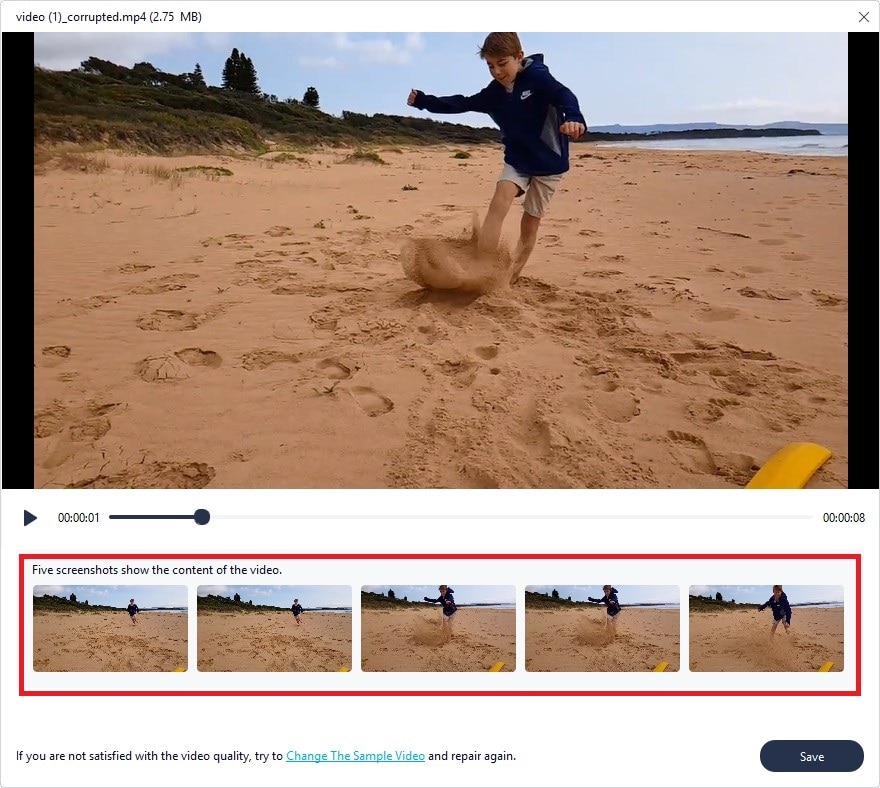 In the “Preview” window, the application will also display snippets from different durations of the video. With these screenshots, you’ll be able to identify the overall quality of the video and decide if the video needs advance repair or not. To be honest, the entire Preview feature has been updated to make the software more user-friendly.

In Wondershare Repairit 2.0, there are significant as well as small changes that make the entire application more user-oriented. So, let’s take a look at some of the additional (small) features that have been added to the newer version.

1When you add videos, Wondershare Repairit 2.0 will automatically hide files that aren’t supported by the software. It has a dedicated filter that’ll only list videos that can be repaired.

2Now, you can remove all the videos from the list with one-click. As opposed to the previous version, you won’t have to remove videos one-by-one in Wondershare Repairit 2.0. Despite being a minor change, this new feature will make the tool more convenient.

3If you’re running low on storage space on your PC, Repairit 2.0 will display a friendly reminder to optimize the storage. This reminder will be displayed after you’ve repaired the video and want to save it on your hard disk 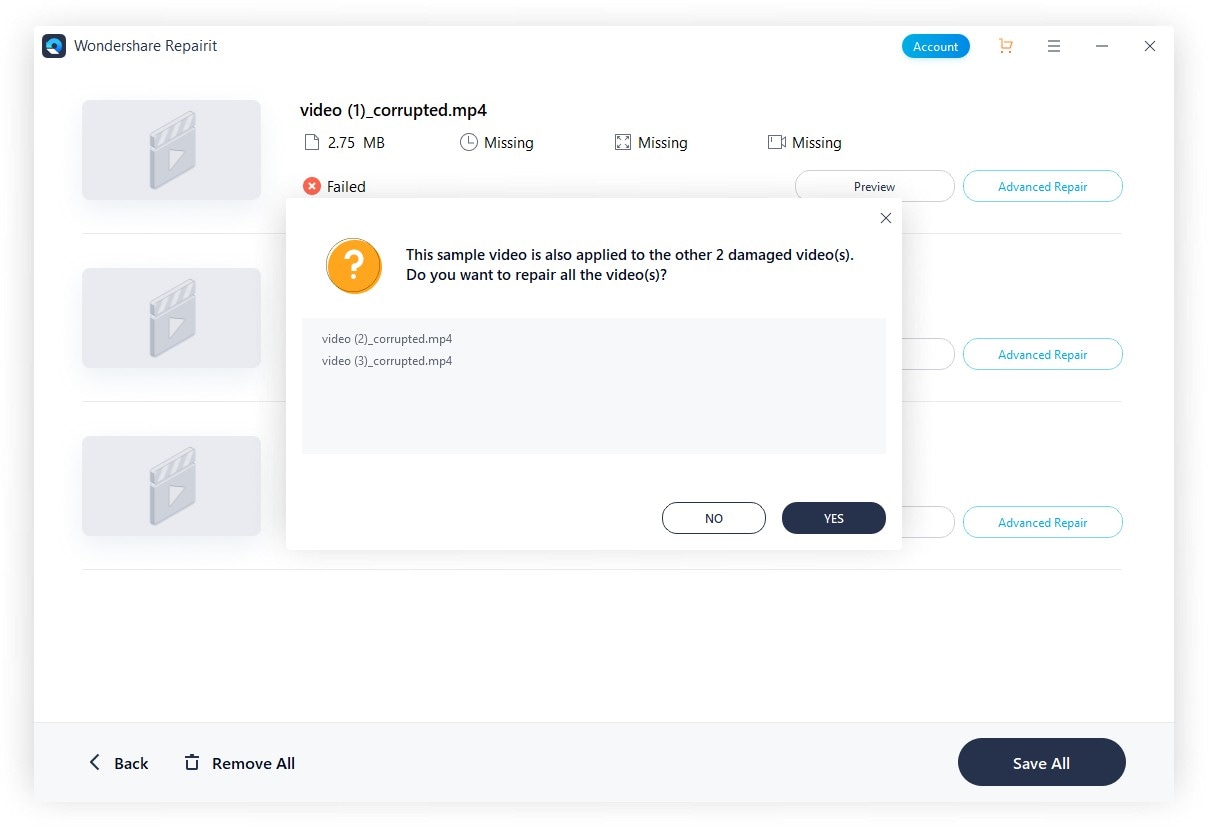 INSV video format is used to store panoramic videos captured using Insta 360. For people who don’t know, Insta 360 is a dedicated camera that captures 360-degree videos. Considering the growing popularity of the camera, it makes complete sense for Wondershare to make the INSV format compatible with Repairit 2.0. 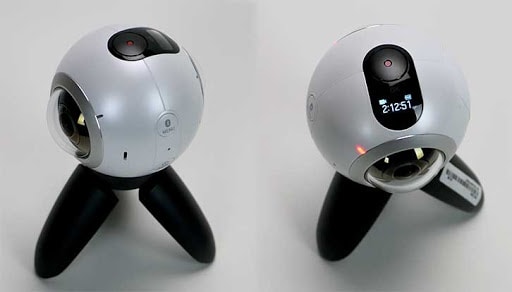 In a nutshell, Wondershare has focused on enhancing the overall usability of Wondershare Repairit 2.0. The company has optimized the underlying code to improve its functionality and increase the repairing success rate as well. If we compare Repairit 2.0 with its predecessor, it would be safe to say that the newer version is comparatively more stable with advanced functionalities.

You can use the software to repair almost every video, whether it’s captured from your smartphone or a DSLR camera. In fact, Wondershare Repairit 2.0 can be used to repair even movies, which have comparatively longer-video length.

The “Advance Repair” feature in Wondershare Repairit 2.0 is designed to repair severely damaged videos. In many cases, videos are damaged to such an extent that it’s difficult to repair them using the traditional repair. In this case, “Advance Repair” will be quite handy as it’ll increase the overall repairing success rate.

If you want to avoid such circumstances in the future, there are a few tips that’ll help you avoid video corruption. First and foremost, do not shut down your PC while transferring/downloading a video file on your PC. A sudden interruption in video transfer is the most common reason that can result in a corrupt video.

Also, scan your system using a powerful Antivirus from time to time, especially if your PC is connected to the Internet all the time. Why? Because in many cases, people end up downloading Viruses along with other files, that usually damage existing files on the PC. These are the two most helpful tips that’ll help you prevent video corruption in the future.