How to Install Windows 7 on SSD

The first way to install Windows 7 on SSD is to use a Windows 7 installing disk. It's just the same as installing it on your common hard drive except one thing  that you need to go into your PC's BIOS and change the hard drive setting.

Before you are going to install Windows 7 on your computer, please go into your PC's BIOS then change the hard drive setting of it. Computers are typically set up to use Serial Advanced Technology Attachment to attach hard drives. But with SSD,you need to change SATA to Advanced HostController Interface. Normally Windows 7 or Windows Vista won't load drivers for storage systems that have not been used, so if you change from SATA to AHCI it won't load the Msahci.sys driver needed to read the SSD. (See Microsoft's automated FixIt.)

After the setting, you can install Windows 7 on SSD as usual now.

Solution 2: Installing Windows 7 on SSD with a utility

Note: Before cloning Windows 7 to SSD, you also need to go into your PC's BIOS and change the hard drive setting as the solution mentioned above.

After installing the program on your computer, run it and go to the "Disk Management" option. Then you'll get the interface as follow. 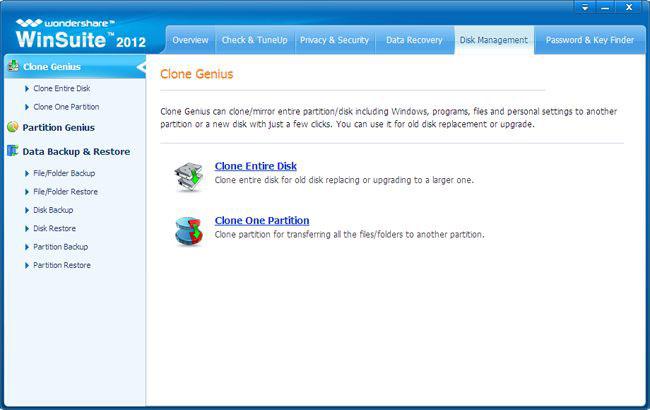 If the Windows 7 is installed on a certain partition, you can choose "Clone One Partition". If it’s not installed in a partition but in the entire disc, you can switch to "Clone Entire Disk". Both of them are similar, only different from the capacity of the disk. Next, let's try with the first one.

Select the disk and partition where the Windows 7 locates. Then go to "Next". 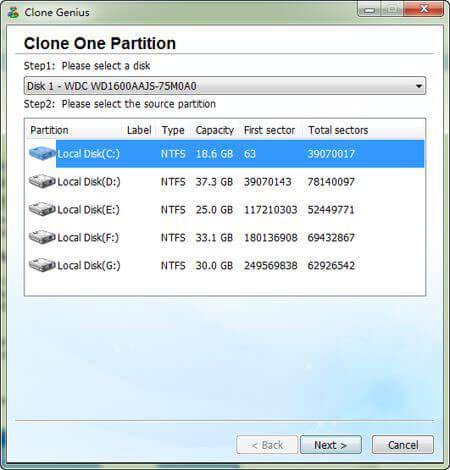 Choose your SSD (Don't forget to connect it to the computer:) ). Your SSD should have larger capacity than the source partition/disk, or you are not allowed to go to the next step. Then move to "Next". 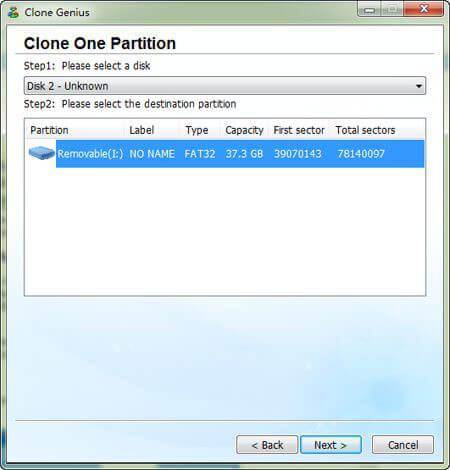 Here you will get a message reminding you that your operation would overwrite the content on your SSD. If no important data is contained on it, click "Yes", and the Windows 7 installing on SSD begins. 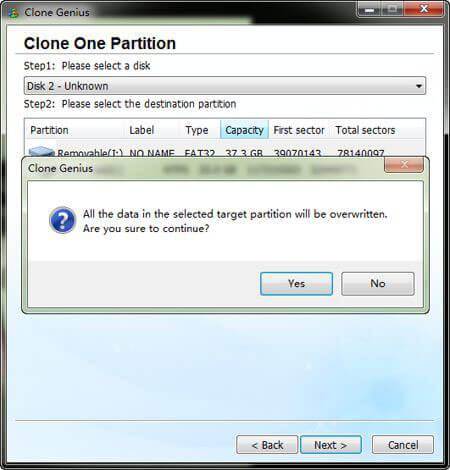 When the cloning finishes, there will be a "Successfully Cloned!"  pop-up message, and you've moved Windows 7 to your SSD!

How to Fix Computer Overheat in Windows 10

How to Fix Windows was Unable to Complete the Format Error

> Resources > Computer Troubleshooting > How to Install Windows 7 on SSD