How to fix the NTLDR is Missing Error while using Windows Operating System?

The most frustrating experience that one can have as a PC user is when it doesn’t startup due to some error. Occasionally, users could be faced with the ‘NTLDR is missing’ error when they power their desktops running the Windows Operating System. So, before we take up the steps to fix the ‘NTLDR is missing’ error, it is important we understand the basics surrounding this issue.

Part 1 What are NTLDR files?

Also used an abbreviation of the NT loader, these files happens to be the boot loader for all the releases of Windows NT Operating System. This is extended up till Windows XP and Windows Server 2003. While the primary hard drive is used to run it, portable storage devices that include a CD-ROM, Flash Drives, Floppy Disk, are also used in order to run it. Alongside, NTLDR offers the capacity to a load non NT-based OS if the appropriate boot sector in a file is present.

This is not all, as NTLDR, at least, requires the following files to be on the system volume for a smooth function.

1) NTLDR, which happens to be the main boot loader file itself.

2) NTDETECT.Com, as it is essential for booting an NT-based Operating System. It can detect the required hardware information that can help in a successful boot operation.

Alongside, the boot.ini file is also required as this contains the boot configuration.

The NTLDR file is launched by the volume boot record of system partition and it is written to the disk through the functions of Windows FORMAT or SYS command.

Part 2 What causes the ‘NTLDR is missing’ error in my Computer?

Often, the error is caused when the computer is trying to boot through a hard disk or any other portable device that is not correctly configured in order to be booted from, or is a non-bootable source. Media located on an optical drive or a floppy drive would also fall under this category. Corrupt and files not configured correctly, issues pertaining to the upgrade of your hard disk and Operating System, malfunctioning sectors of the hard drive, a BIOS that has lived its age, and IDE cables that are damaged or aren’t properly connected form the core that leads to the ‘NTLDR is missing’ error.

While there are quite a few ways to fix the ‘NTLDR is missing error’, we have taken up a few in the given article while making references to the other methods before the conclusion.

Part 3 How to fix the ‘NTLDR is missing error’ by updating your BIOS?

An outdated BIOS can be the reason behind the ‘NTLDR is missing’ error. However, contrary to popular beliefs, fixing or updating your BIOS is not as difficult as it looks. Let us discuss the methodology in the following steps.

1) Start with finding your current BIOS version. This is important as it will come in handy while visiting the manufacturers’ website. Do this by accessing the System Information app in Windows. For the ones using Windows Vista or Windows 7, enter ‘msinfo32’ in the search bar, and then tap on System Summary. If you have done everything right up till now, you shall see the BIOS version displayed beneath the processor speed of your computer. We recommend you take down the number and the date.

2) Determine the origins of your system; did you built it, have it bundled, or anything else? Whatever the case might be, you must download the BIOS update for the model you are running. If you make an error here, your BIOS could be overwritten by the OS of some other model. Alongside, do download a few ReadMe files and other necessary documentation. Why are we suggesting you to read is because they can contain important precautions that can be more than useful while fixing the ‘NTLDR is missing’ error.

3) This is an important step as it requires you to backup your existing BIOS. Please backup the existing BIOS image. A lot of BIOS updating programs come with this feature. If you are still unaware, you can seek help from the manufacturers’ website. This is a critical step in fixing the ‘NTLDR is missing’ error. 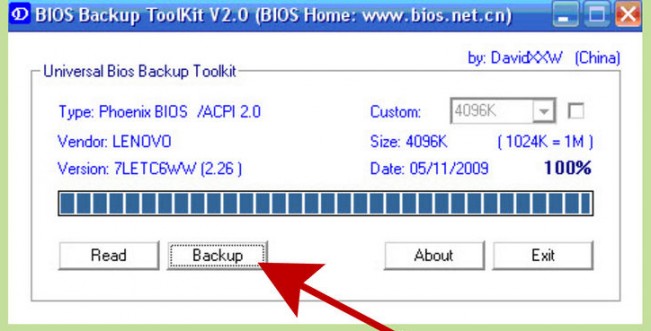 4) Do ensure that there is no power loss during the BIOS update. For the ones using a laptop, be sure to charge the battery. For the ones running a desktop system, plug it into a UPS and that should keep you sorted.

5) This step requires you to download the installer or run the .exe file in order to update the BIOS and thus resolve the ‘NTLDR is missing’ error. 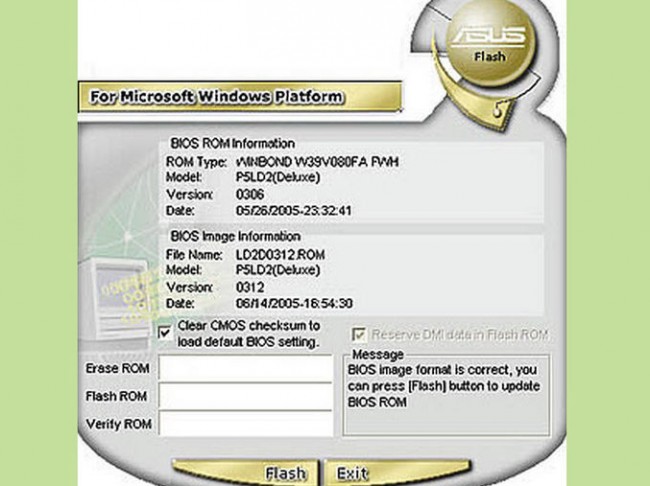 For the ones using a floppy, we recommend a formatted 1.44MB floppy disk, insert, and reboot the system. Some floppy disks come with an ‘autoexec.bat’ file which enables the BIOS update to run automatically; while the others come with an updated software program, BIOS image, and a readme file that has the directions. In case directions are missing, enter command ‘awflash A06_123.bin’ and press Enter and it automatically executes the update.

Then follows the comparison of the two versions. While most BIOS software read the existing BIOS image, decipher the version, download the relevant the BIOS image, and in case it is older, perform the update. Do not be worried by the interface variations as the basic menu with the ‘Write’, ‘Update’, and ‘Confirm’, buttons will be enough to get you through to fix ‘NTLDR is missing error’.

7) We then clear the BIOS settings that currently exist. While this may not be necessary, it depends upon the version installation. While your PC is being powered up, you can start the execution of the BIOS utility. This can be done by pressing the ‘Delete’ key on the keyboard after a couple of seconds of turning on the computer. Buttons may vary depending on the system in use.

8) For the ones looking to tweak their BIOS settings in order to fix the ‘NTLDR is missing’ error, this is when you can do it. However, if you are not up for the task, do not worry, as the system performs well with the default BIOS settings as well.

Part 4 How to solve the ‘NTLDR is missing’ through other steps?

As stated above, we discuss some alternate methods to fix the ‘NTLDR is missing’ error in the Windows Operating System.

Here are the solutions:

1) Simply restart your PC as that can help you fix the solution. This happens when the ‘NTLDR is missing’ error is nothing but a fluke.

2) Remove all the external storage devices as your device might be using one of them to boot and this may cause the ‘NTLDR is missing’ error.

4) Perform a repair installation of the Windows Operating System that you use.

5) Check all the IDE Cables for any loose connections or damages.

6) Perform a clean installation of the OS that you are currently running.

As we studied above, fixing the ‘NTLDR is missing’ error isn’t exactly rocket science. While the issue may occur with users that are striving hard to get the work done on primitive PCs running Windows 2000 or XP, it is always helpful to have this knowledge handy. However, it is important to note that Windows 10, 8, 7, and Vista use BOOTMGR, and if you are faced with the ‘NTLDR is missing’ error in one of these Operating Systems, we recommend that you start the clean install process from the beginning.

If you lost data on your computer unfortunately, don't worry! You still have the chance to get lost data back. To recovery files from computer, you can have a try the following tool. 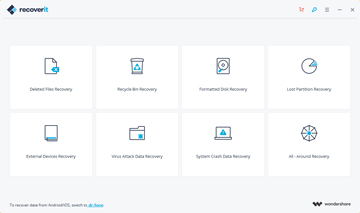 How to Solve No Sound on Computer