With Valentine’s Day is approaching, it’s time to figure out the romantic things to enjoy with your partner. While there are plenty of activities you and your special someone can indulge in, one of the best ways to celebrate Valentine's is to snuggle up a home while streaming your favorite romantic movie with your better half.

Moreover, it is the safest option to enjoy Valentine’s day amidst the pandemic fear. So, if you are not up for a night out on the town this year, create a perfect date at home with soft music, delicious dinner, delectable desserts, and the best Valentine’s Day movie.

Here, we have rounded off the ten worth-watching movies to add to your playlist. Choose any of them, and be sure to have popcorn at the ready. The story is all about an aspiring actress Mia (Emma Stone) and a jazz musician Sebastian (Ryan Gosling) who fall in love while struggling to make their respective careers. But as success mounts, they face several situations that challenge their love affair. With modern-day LA as the backdrop, this musical romantic movie makes you think about what’s more important - The love of your life or the spotlight and career.

Since the movie doesn’t appear to be officially available on any streaming service, you can watch it on the American streaming platform, Hulu (https://www.hulu.com/movie/la-la-land-dfeeff0a-2c96-4be0-a453-49e238706914) How can we forget to mention Romeo + Juliet on the list of the best Valentine’s Day Movies to watch out? This romantic crime tragedy movie hit the screens in 1996 and featured Leonardo DiCaprio and Claire Danes in the lead roles.

The classic story of Romeo and Juliet is set in the beautiful Verona Beach. The Capulets and Montagues are two rival families whose children Romeo and Juliet fall in love. But since their families don’t like each other, they have to hide their love from the world. Their love faces several obstacles on the way but both of them unite to fight the battle together.

Viewers can watch Romeo + Juliet move either on Hulu Plus or Amazon Prime Video. You can also stream the movie by renting or purchasing on Amazon Instant Video, Vudu, Google Play, and iTunes.

The link to watch Romeo and Juliet Movie is https://www.amazon.com/Romeo-Juliet-Leonardo-DiCaprio/dp/B000I9X7M6 The movie is a classic tale of love and adventure. The story centers on a buttercup which is a former farm girl engaged to Prince Humperdinck of Florian. Later, she gets kidnapped to start a war. Now, who will be going to save her - the prince or her childhood friend Westley makes the entire story.

You can stream this romantic adventure on Amazon Prime Video, Disney+, and Hulu Plus. The movie starts with a young man who goes on a quest to win the heart of the girl he’s crushing on by bringing her a falling star. He journeys through the gap into the wall and into the other world but ends up falling in love with the star itself. But he is not the one who wants that star, three evil witches and Stormhol king’s sons also want to use the star (Claire Danes) to achieve eternal powers.

You will be able to stream this romantic fantasy adventure on Netflix. The link to watch the movie is https://www.netflix.com/gb/title/70054920 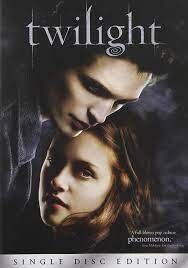 Published in 2008, Twilight is an American romantic fantasy film based on Stephenie Meyer’s 2005 novel of the same name. It features Kristen Stewart, Robert Pattinson, Billy Burke, and Sarah Clarke in the lead roles.

You can either make a marathon out of the whole saga on Netflix or just enjoy the cozy blue mist of the one that started it all. The movie is based on a high-school student Bella Swan whose life completely changes when she moves from sunny Arizona to rainy Washington. There, she meets a handsome Edward Cullen whose eyes seem to paper directly into her soul. What’s so different about Edward and will Bella will ever solve the mystery makes the whole story.

This movie is available to stream on Netflix. However, if you don’t have a Netflix subscription, you can rent it from Google Play Store, Amazon, Vudu, iTunes, and Microsoft Store by paying $3.99.

6. Single All The Way 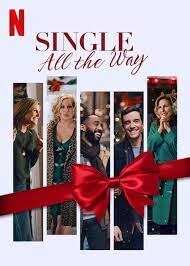 If you are looking for the latest release, Single All the Way might be the best choice to add to your Valentine’s Day playlist. This rom-com movie is released in 2021 and features Michael Urie, Luke Macfarlane, Barry Bostwick, Philemon Chambers, and Jennifer Robertson in the major roles.

The story of this rom-com revolves around Peter (Michael Urie) who convinces his best friend Nick to join him for the holidays and pretend that they are now in a relationship. But the plan goes awry when Peter’s mother sets him on a blind date with her trainer James. See what happens next with your partner on this Valentine’s Day and burst out laughing.

It is currently available on Netflix. The link to watch the movie is: https://www.netflix.com/in/title/81148358 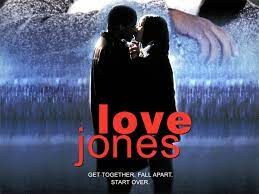 Directed by Theodore Witcher, Love Jones is a 1997 romantic drama film. It features Nial Long, Larenz Tate, Bill Bellamy, Isaiah Washington, and Lisa Nicole Carson. Although the movie was not gained financial success, it received favorable reviews which make it worth giving a try.

The movie is based on two urban African-Americans, out of which one is a writer named Darius and the other is an aspiring photographer named Nina. Both share an instant connection after meeting at a Chicago Club and bond over music, photography, and poetry. But the twist comes when Nina decides to move to NY and mends her relationship with Marvin, her ex-fiance. It leaves Darius heartbroken while taking the couple’s future in danger.

You can watch Love Jones on Netflix and also able to stream this movie for free on Tubi. It is also available on Amazon Prime Video as well. The Netflix to enjoy the movie is: https://www.amazon.com/Love-Jones-Larenz-Tate/dp/B075KL9S6N Released in 2015, The DUFF is a teen comedy film based on a novel of the same name and features Bella Thorne, Robbie Amell, Mae Whitman, and Allison Janney in the primary roles.

The plot unrolls with Bianca who is a content high school senior. Her world shatters when she comes to know the student body known her as “The DUFF (Designated Ugly Fat Friend)” to her more popular friends. Bianca enlists Wesley to help reinvent herself. She wants to get her confidence back to overthrow the school’s ruthless label maker Madison and to remind her that we all are someone’s DUFF. The movie revolves around Sophie, a young woman who visits a wall where the heartbroken people leave notes to Shakespeare’s tragic heroine, Juliet. She also writes a letter to its now elderly author, Claire. Inspired by Sophie’s actions, Claire starts finding her long-lost lover accompanied by Sohpie and her disapproving grandson.

This comedy-drama film is available on Netflix. The link to stream the movie is https://www.netflix.com/ca/title/70123197 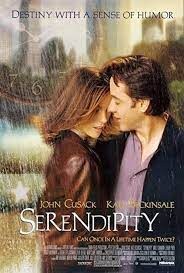 Directed by Peter Chelsom, Serendipity is a 2001 romantic comedy film. It features Kate Beckinsale and John Cusack in the lead roles.

The movie starts with a magical night when Jonathan meets Sara and both of them are in their 20s. Jonathan finds his love at first sight but Sara believes more in destiny than love. In the nutshell, it revolves around a theme that when love feels like magic, it is called fate and when destiny has a sense of humor, it is called serendipity.

The Netflix link to watch the movie is https://www.netflix.com/in/title/60021634

So, that’s all about the list of the 10 best Valentine’s Day movies to watch with your beau. Bookmark the page right away and pick any of the sweetest, sappiest movies listed above. Don’t forget a bottle of wine and a blanket to enjoy cozy romantic vibes while streaming your all-time classics.

Recover all of your data from USB Drive empty due to various reasons like Malware attacks, corruption, accidental deletes, damage, etc.

How to Get Wondershare Recoverit 10 Activation/Serial Key?

How to Get Wondershare Recoverit Crack/ Gratis/Coupon?