How to Transfer Windows 10 From Hdd to SSD Without Reinstalling

Hi, I made my pc I have an HDD and an SSD when I installed windows for the first time it got installed on the HDD instead of the SSD and I have no idea of how to reinstall windows on my SSD instead of the HDD my pc is empty only windows on it so I don’t mind how it’s done I just need a way that works!!

Transferring Windows 10 from HDD to SSD means making a system clone. This system clone includes the entire operating system along with all the related applications, system drivers, system updates, and system file partitions. Clone Windows 10 to SSD has some background information. It is any due to any system failure, system crash, and running no boot, due to any physical damage or to avoid the data loss. One of the simplest possible reason may be the shortage of space. In all the cases, you may think to clone HDD to SSD windows 10. Making a system clone avoids the process of reinstallation. This article will explain the possible ways how to clone Windows 10 to SSD without reinstalling.

Transferring data from HDD to SSD is quite a regular task that we usually have to perform in the case when the device is out of memory to store the new data or at times of system, failure to avoid adapt loss. Now, this data could be anything, be it media files, documents, folders, file systems, or even the operating system itself. But when you are transferring the data, you need to keep a check on the following things:

Once everything is good to go, you can perform the transfer i.e. clone HDD to SSD windows 10. This article will explain all about the HDD and SSD and the way you can clone Windows 10 to SSD. Here are the topics that would be discussed in detail.

Part 1: Overview of HDD and SSD

Before heading towards ways to clone windows 10 to SSD, let’s get some deeper insights about HDD and SSD. The basic difference that exists is of speed.

An HDD (hard disk drive) is said to be an old school storage media that incorporates physical apparatus like mechanical metallic platers and a moving reading/writing head. The copying speed for the drive is marked as 30-150 MS per second e.g. for a movie of 20GB, the drive would be taking about 2 minutes for copying the content. In the case of small 4k read/write operations, the speed of HDD ranges between 0.1 to 1.7 megabytes per second.

As a revolutionary apparatus in the drive market, SSD denotes a solid-state drive i.e. it doesn’t carry any physical-mechanical platters rather it stores the data on instantly accessible memory chips. In terms of functionality (speed), the copying action takes place in 500 MB/s on normal SSD, or even 3,000-3,500 MB/s on new NVME SSDs. So for a 20GB movie, it would take a mere 10 seconds for the content to be copied. For the read/write functionality of 4k blocks, for an SSD, the speed is 50-250 MB/s.

Part 2: Why Transfer Windows 10 from HDD to SSD?

As mentioned earlier, the task i.e. clone windows 10 to SSD is performed under various circumstances. What are those reasons, have a look.

All the above-mentioned reasons are the potential answer for the question i.e. why transfer windows 10 from HDD to SSD.

Part 3: How to Transfer Windows 10 from HDD to SSD without Reinstalling?

Coming towards the practicality, to answer the question i.e. how to clone Windows 10 to SSD, here are two ways in which you can perform this task. One is with third-party backup software and the other is windows built-in utility i.e. backup and restore. Both of the methods will help to transfer windows 10 from HDD to SSD without reinstalling.

Using a third party software solution is always a plus point as you can perform your task with accuracy. AOMEI back upper professional is one of the leading software solutions when it comes to backups. Before clone HDD to SSD windows 10, you have to undergo the followings:

Now here are the steps to follow to use the AOMEI more backup professional clone HDD to SSD windows 10.

Step 1: Start the procedure with downloading and then installing the software on your device. Once installed, now launch the software and in the main menu, select the option of the clone.

Step 2: In the menu of clone, choose system clone. 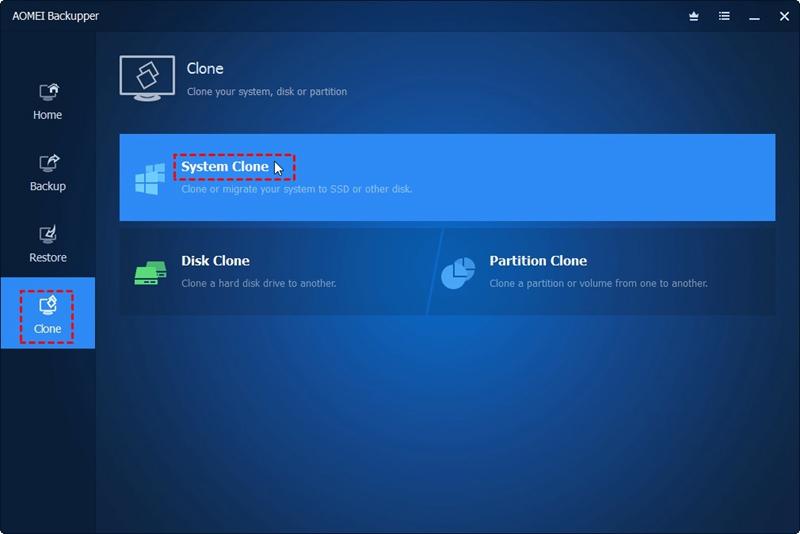 Step 3: Windows 10 would be acting as the source partition. Now choose the targeted SSD (destination drive). Click next to continue. 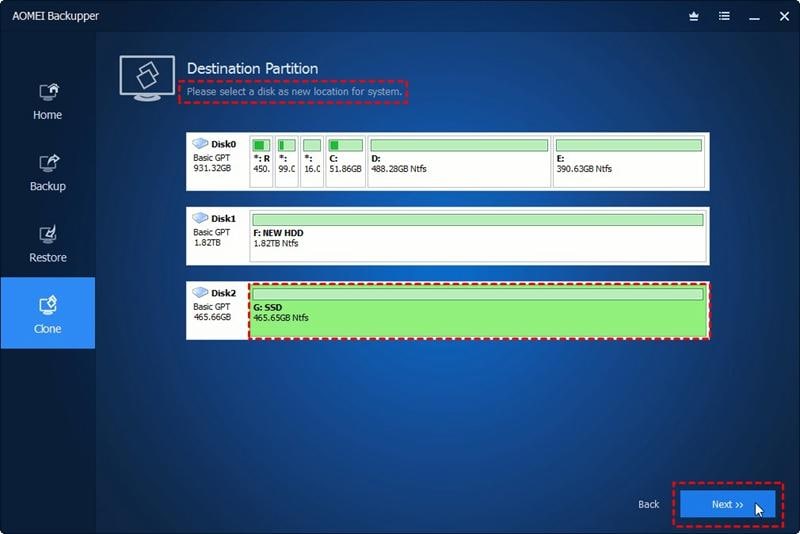 Step 4: A pop-up message will appear on the screen, click Ok to proceed.

Step 5: In the next window, configure the SSD alignment to optimize the speed and performance. Lastly, click start clone to continue. 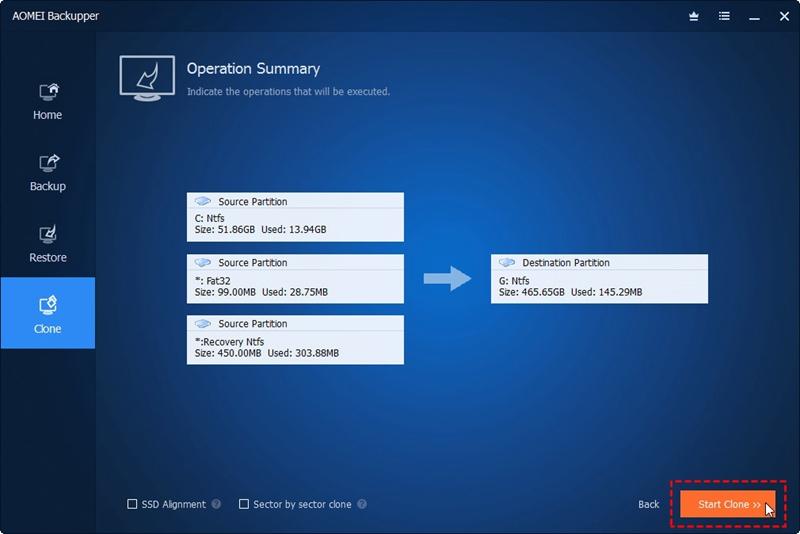 Step 6: Once the process will complete, click Finish. Windows 10 is transferred from HDD to SSD successfully.

Restart your device and set the boot settings in BIOS. Set the boot priority for SSD.

Another way to clone HDD to SSD windows 10 is by using the windows 10 system image backup utility. It helps to save the backups i.e. disk and system clone to various locations. It can be on secondary drives, network folders, or removable media. Here are the steps to follow: 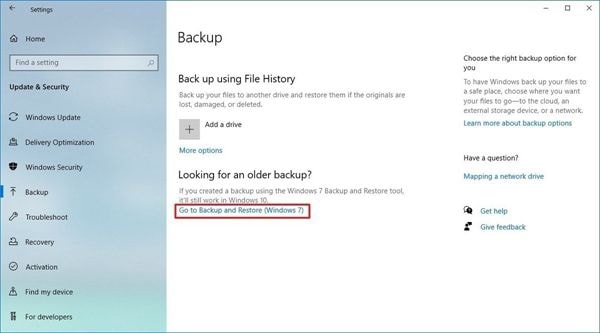 Step 3: Now in the new window, select the option to create a system image.

Step 4: Next you have to select the drive option. Select on a hard drive and continue.

Step 5: In the drop-down menu of on the hard drive, select the location to save a full backup of Windows 10. Click next to continue. 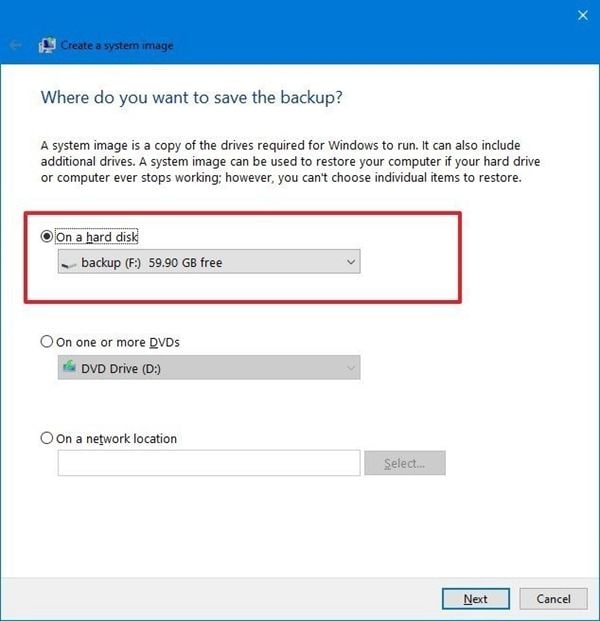 Step 6: in case of any additional drive, go ahead and select. Click next to proceed. 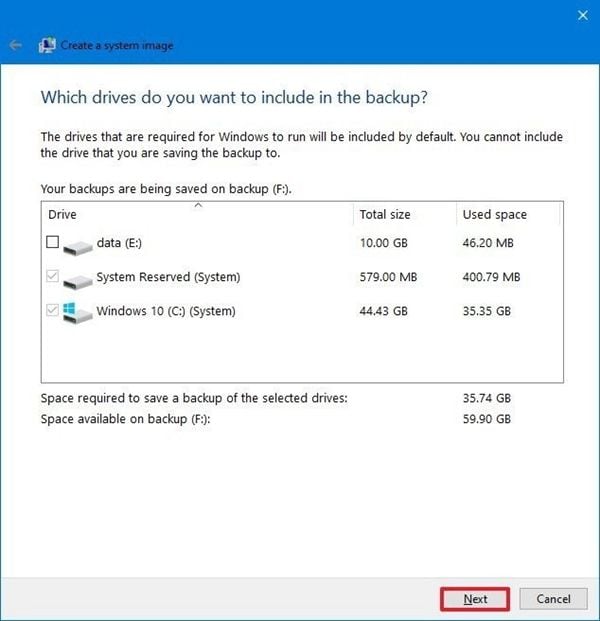 Step 7: Once all the process is done, click start backup to proceed the function. 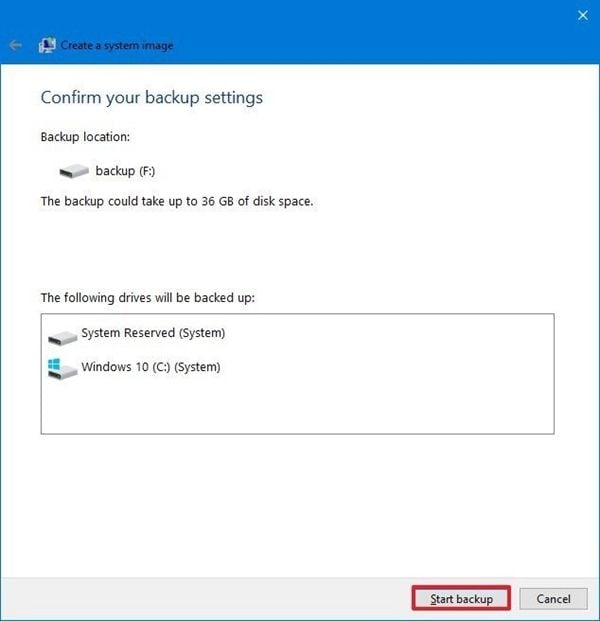 Once the process is complete, the windows 10 would be transferred from HDD to SSD.