Imagine you are working on your system, doing some important task, updating or installing some driver, and suddenly your computer screen turned blue with an error message reflecting the bluescreen 0x000000d1 error code. How frustrating isn’t it?

So, without wasting too much of your time, let’s move forward to fix bluescreen error code 0x000000d1 in an organized manner in the following sections. 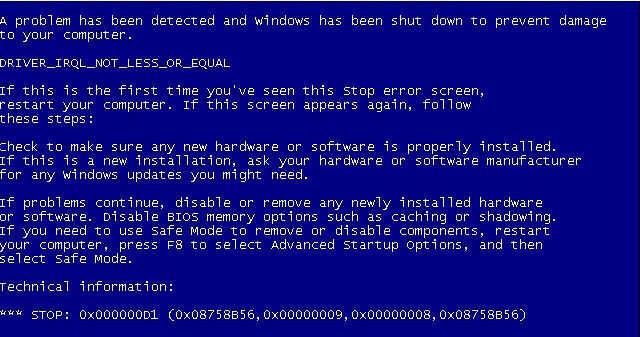 This type of error can happen on any windows version. Sometimes it occurs during the Windows startup process too, thus making your system inaccessible. In all probability, it occurs when the recently installed driver or software starts behaving abruptly and an error message like “DRIVER_IRQL_NOT_LESS_OR_EQUAL” appears. This reflects that the windows program has crashed or might shut down suddenly.

Needless to say, it makes the difficulty to work on the system and hence leaves you troubled. Therefore, it is obvious you will look around to find what causes the issue. So, in the next part, you will know the possible reasons behind the difficult bluescreen 0x000000d1.

Getting an error like 0x000000d1 sometimes becomes unprecedented and before you think of rectifying the issue, it is always helpful to know what causes the issue.

Therefore, below are mentioned the cause of bluescreen 0x000000d1 error. 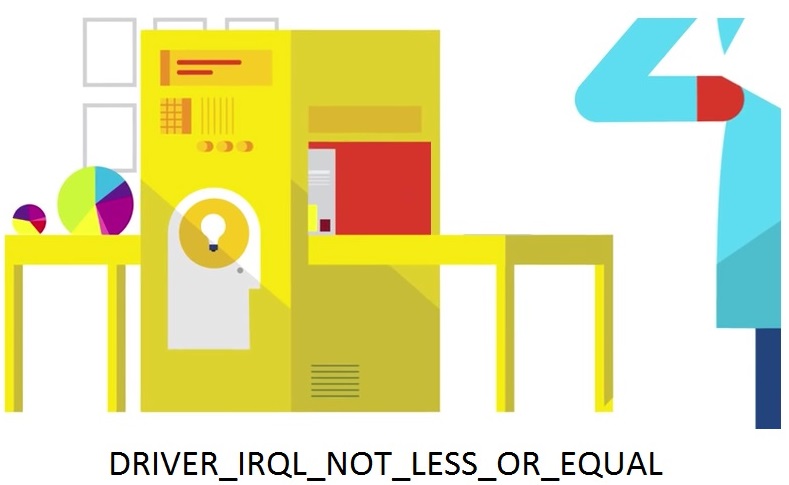 Now that you have understood what causes the bluescreen error, in the next part you are going to learn the solutions using with which you can this recurring issue.

In this part you are going to know about different methods as per your system error, you just need to go through them one by one to resolve the issue and make your system ready to start work again.

System file checker is the utility tool for the Windows system whose primary function is to look for any corruption of data by scanning the windows system and then restore the corrupted files.

Following are the steps to run the System fix checker tool (extension- SFC.exe) 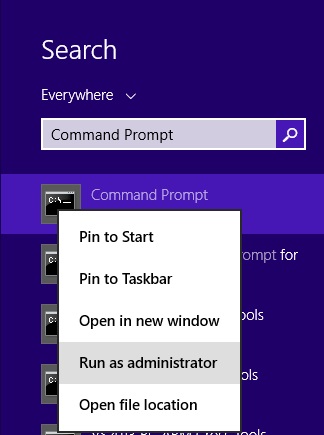 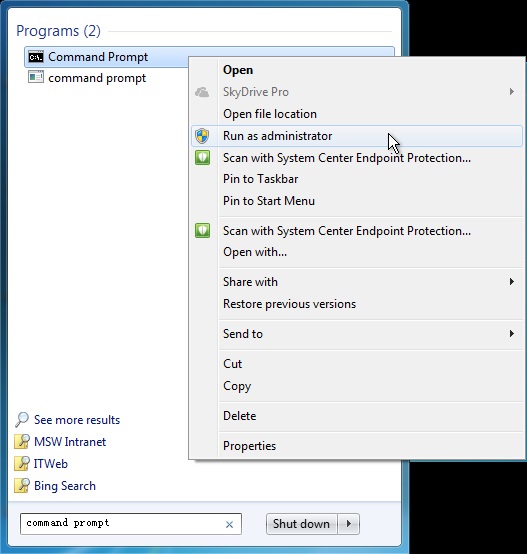 Before you run the System checker, first-run DISM tool (Deployment Image Servicing and Management), required command for that is (Type the following command and then press Enter to run it, which might take some time as DISM using "Windows Update File"): DISM.exe /Online /Cleanup-image /Restorehealth

In case, Windows update client file is broken, then you need to use the alternate command which is as follows:

To do that, please go for the following command and then press enter SFC /scannow. Once you Enter the Command, it will start scanning all the system files, check them, if it finds any corrupted one it will replace that corrupted file. Also, keep the Command Prompt Open till the verification process gets completed.

In this case, you have to go through the Manual rectification process. Also, you would have to check which file is corrupted, to do that:

This command will let you know which file is not repaired, check the date and time when the last time it ran on the system checker.

Here is a sample: 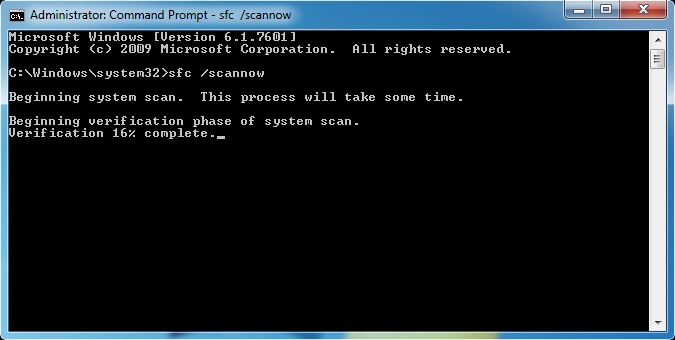 The following screen will appear with the corrupted file name and its path. 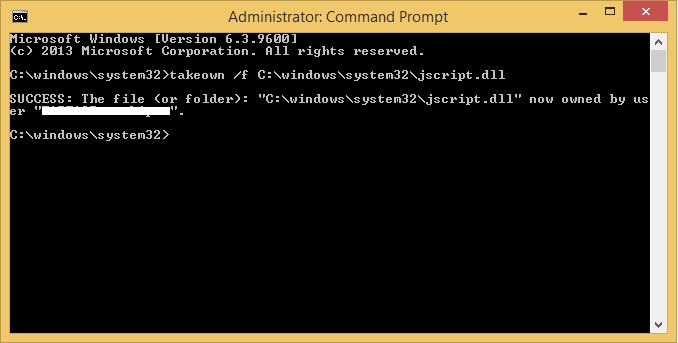 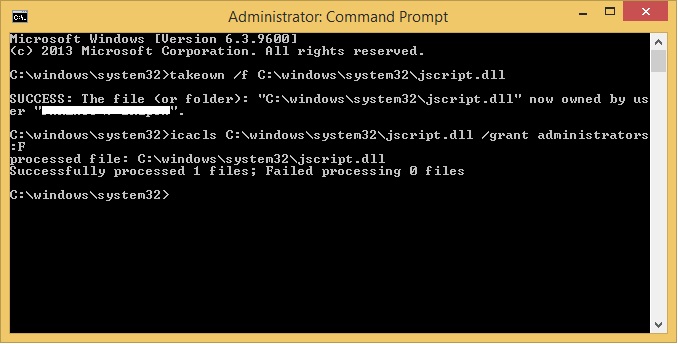 This way you can successfully repair the corrupted file through System Fix.

What if the issue is due to some driver, how to go about? Well, the most striking fact lies in the bluescreen itself. Actually, the driver's name is mentioned next to the error, such as Xyz.sys or xxx.sys. Now as you know the issue is due to that particular driver, so you need to either update or remove that driver, due to which this issue occurred.

As the first thing, you get the name of the corrupted driver/file. The next step will be to search that driver in the driver directory to get other information such as full name, path. For that there is the link to a Website which will do the work for you to search for details about the driver:

Let's take the example of a corrupted driver name "rtwlane.sys", you need to search this driver name in the website, you will get complete detail about the driver over there, as is mentioned in the image below.

Choose the driver (Either Hardware or Windows, in your case Windows) Now you just need to update that particular driver from the internet directly. That's it.

This Driver Reviver Software will scan your system automatically, check any of the outdated drivers, and easily update that. To access this easy to use driver update facility visit the website of Reviver software.

If the issue is due to the faulty driver, BIOS, system service issue, then you need to follow the mentioned steps 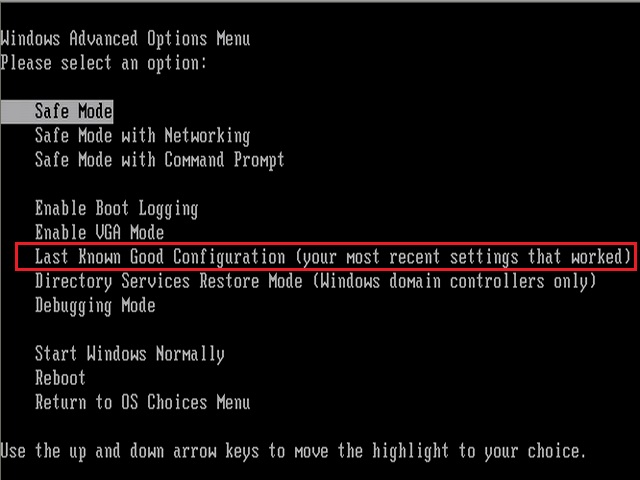 Solution 5: Check Antivirus, and other details

If the issue is due to some other reasons such as some antivirus, corrupted database registry, Hardware

Antivirus- Do a through Antivirus check, if it does not work, then keep it close for some time then once the issue gets resolved then activate antivirus again.

The following process is applicable if the bluescreen error occurs due to some hindrance by security checks, or some hardware issue.

Your device data are no doubt the most precious thing to you, and in the case, of bluescreen error 0x000000d1, it may get lost. This will certainly create chaos for you. Well, the appropriate answer lies with the Wondershare Recoverit Tool, which will make it possible to get back any kind of lost data due to any system error or issues.

How that is possible? Well, in the next few lines you will be surprised to know that following just a few simple steps will enable you to have your precious data back to you.

First, you need to down Recoverit software. After that go for data recovery mode under "All-around Recovery". 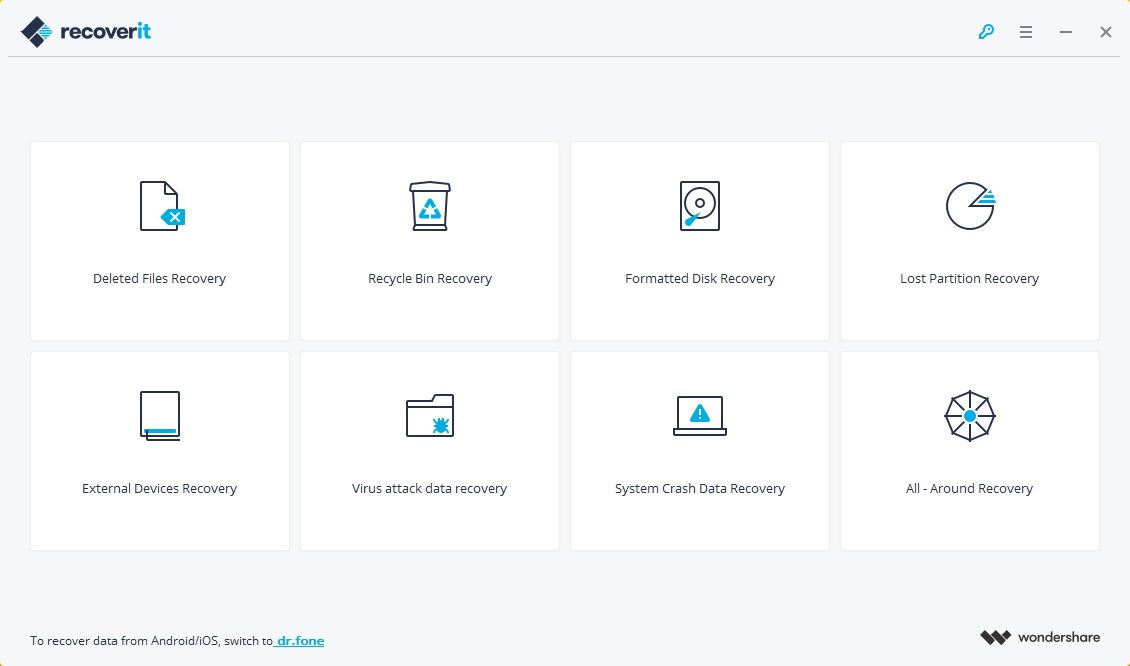 If you are sure where data gets lost, so select the location otherwise choose "Can't find my Partition"

Now, once you got the lost data, you can preview it and after that click on the Recover option to get that lost data back to the system.

This process of data recovery is amazingly fast and simple to use. So, without waiting any more just get any kind of lost data back using the Recoverit tool.

Once you are done with the article you be in a situation to understand the bluescreen 0x000000d1 error in a better way as you will be aware of the process with which you can rectify the issue without going through any long or complicated process. So, without delaying any more, just follow the guide above to resolve the issue of bluescreen 0x000000d1 on your system as soon as possible.

Thus, you will have your system ready to use again without worrying about that irritating bluescreen 0x000000d1 error code. That is actually a real relief, RIGHT!

How to Fix Windows 10 Start Menu not Working

How to Fix PC won't Shut Down on Windows 10