How to Let Windows 10 Run on Your Tablet

Part 1: Can windows 10 run on a tablet? What about the system requirements for a tablet to run windows 10

The hardware that is required to make sure that the Windows 10 is run on every kind of device Microsoft has made sure that all the requirements are not only outlined but are also communicated to the general public so that running the OS is never a big deal for them. It is an advent fact that windows 10 will be supported by all those PC’s that can run Windows XP or later but when it comes to tablet then there lies a vast group that makes sure that choosing the OS for the system is a big task as every tablet has different specifications. Same as Windows phone 8.1 it is to be noted that the tablet having a processor of Intel Atom X3 So fix will be able to run windows 10 easily. The RAM of the tablet the user wants to run windows 10 on should be 512MB and the related space that is required in this regard is 4GB. The resolution that has been recommended by the company in this regard is 800x480 pixel but it is recommended to have as higher resolution as possible to make sure that the user experience is enhanced in the best possible way. The high-end tablets that have a resolution of 2560x2048 and 4GB RAM also support the OS in the best possible manner. Mid-range devices i.e. the ones having a resolution of 144x900 required at least 2GB RAM to make sure that the OS is run in the best manner. For all larger tablets, the requirements are the same as that of PC. The list of tablet requirements along with the PC can also be read at the URL http://liliputing.com/2015/07/windows-10-hardware-requirements-for-phones-tablets-notebooks-and-more.html

Part 2: How to download and install windows 10 on your tablet, how to enable the Tablet Mode of Windows 10

Two questions have been listed above and the answer to both of them is quite easy if the user has downloaded the preview and has registered itself as a member of the insider program. It is also to be noted that the user should make sure that the best and the state of the art processes are always followed so that the outcome is according to the desire. To download the Windows 10 Mobile or tablet version the user should follow the steps below:

1. From the URL https://insider.windows.com/ the user needs to make sure that the insider program is signed up for:

2. The user then needs to sign up to make sure that the process advances:

3. The terms and conditions along with the option required are then to be selected to proceed further:

4. On the next screen the user needs to select the Mobile option to download the tablet or the mobile version of the OS under discussion:

5. The Rufus tool is then to be downloaded to create a USB portable version of windows 10. The URL is http://rufus.akeo.ie

6. A wired mouse along with the tablet is then to be connected to the system to make sure that the process advances:

7. The user then needs to run the USB bootable setup onto the system and within the recovery option the device name is then to be selected: 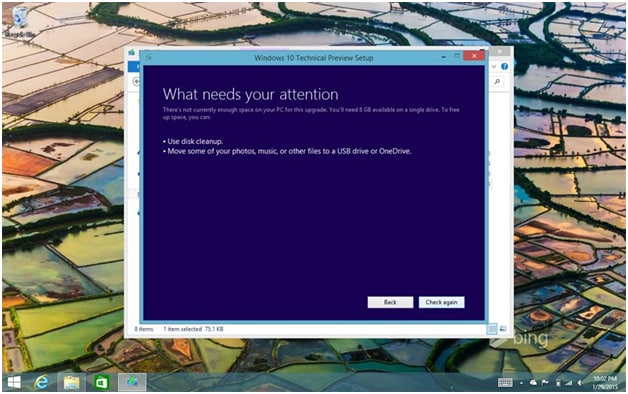 8. The process of installing windows 10 is somewhat automated and easy and the system will make sure that the windows are installed without any hassle to give a preview of the device as well to finish the process in full: 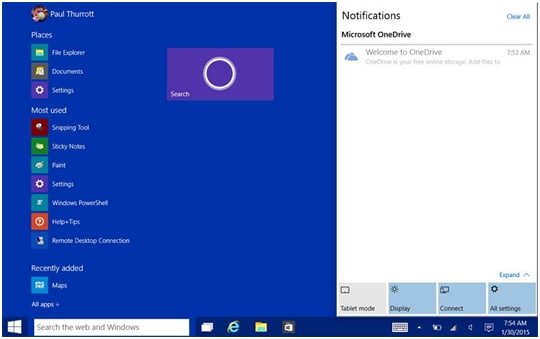 The following steps are to be followed in this regard:

1. The path that is to be followed in this regard is Settings > System > Tablet Mode to make sure that the needful is done: 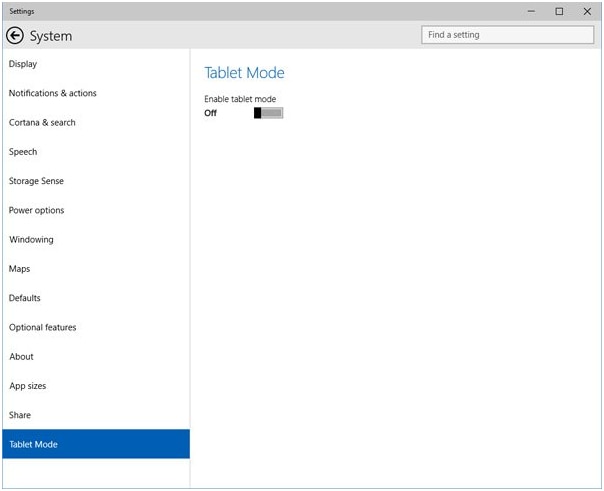 2. The desktop of the windows will also change totally: 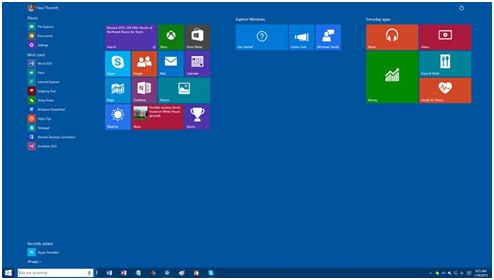 Part 4: How is the experience of running windows 10 on a tablet?

For all the users who are using tablets and the related stuff, the start menu within the device would make sure that the menu of the OS is embedded within it. It is also to be noted that the company has cooked up a way to make sure that the OS is also run on the android devices so that the users can get the best and state of the art functionalities. 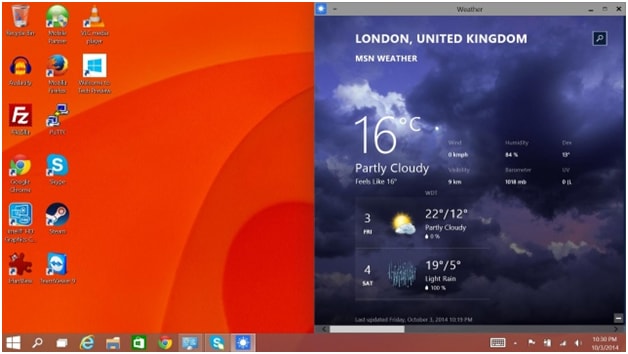 At this stage, it could be said that the OS is not ready for the touch tablets and the users might not be able to get the best out of the windows 10 experience when it comes to portable devices excluding the laptops. It is also to be noted that the company has made sure that the issues users faced while operating windows 8 and 8.1 about touch devices are pacified to some extend but at this point to exactly calculate the user experience in this regard is not easy at all. 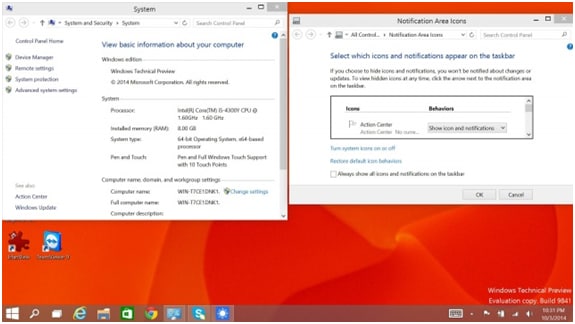