6 Ways to Delete Folder on Windows/Mac

There are a number of times when it becomes necessary to delete folders like delete downloads folder from one device. Mostly this happens when the contents of the folders become useless and are just sitting around taking up valuable space on one's computer. But the road that leads to freeing up space on one's device is not as easy as it seems.

How to delete folders on Windows. (3 ways) 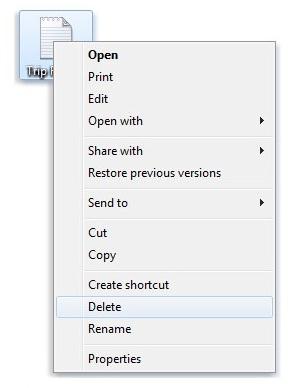 In the first method, you go to the folder that you want to delete and right-click on it. A list of options will appear. From those options, you have to click on the tab marked as "Delete" to delete the folder from its current location.

If the folder was present in a USB drive, then upon following the above-mentioned method, the folder will be deleted from the system forever and you do not have to worry about deleting it from the recycle bin also.

Sometimes, when the folders are very big in size that is they contain thousands of files or documents then they can take a lot of time to delete. In the world of business, such delays are just not acceptable. So if you have ever suffered from such a setback and want to make sure that you do not suffer from such a setback ever again, then you need to use the following command prompt:

This is an excellent method to delete files, otherwise, that can take hours to delete.

A thing that one needs to be careful about when using this method is that this method is permanent. Once you insert the command prompt, that is it, there is no going back. The folders do not go to an external place like the recycle bin and they are simply deleted for good.

So, know for sure whether you want to delete all the files in the folder before you give such a final statement.

The third and the simplest method to get rid of a folder is to click on the folder and then press the delete key. The delete key is usually similar to the one shown below: 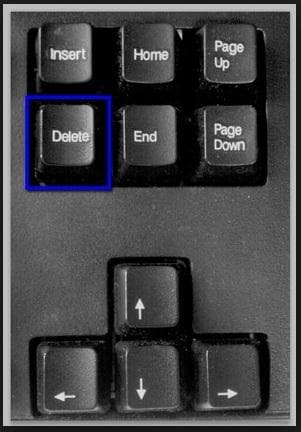 By using this method, the folder goes into the recycle bin where the folder must also be deleted so that people can get rid of the folder forever.

How to delete folders on Mac

The first method is quite simple. It begins by finding the folder that you want to delete using the Control+F combination. Once you have found the folder from your collection of folders, you are done with half the job. Finding folders on Mac is not as simple as finding folders on Windows. There isn't a file manager software that works on Mac as it does on Windows. Thus, you need to go about finding the items that you want to delete manually. Once you have found the folder you want to delete, you can simply drag the folder into the trashcan. But just like in Windows, this is not the permanent way to get rid of folders. To ensure that the folders cease to exist completely, you need to remove these folders from the trash can too.

All you need to do is to press command+shift+delete and you can get rid of the files forever.

At times, due to the complexities in the Mac operating system, there are a lot of empty folders that can be created and these can take up a lot of space. These empty folders are usually hidden from sight and can be found easily by first opening the finder and then pressing control+F. This opens the search box that helps to find items on the Mac, and then the search kind needs to be specified. It is set to Folder. In the number of items, the number is set to less than 1. The folder with 00 at the bottom indicates an empty folder. The next step is fairly simple, and the folder can be dragged to the recycle bin. 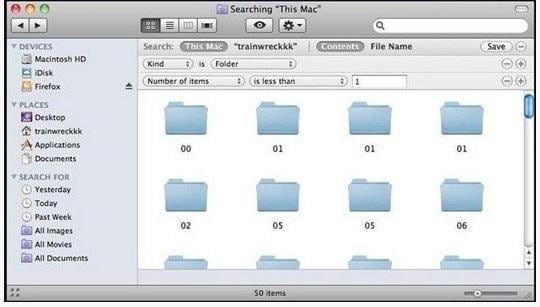