Get to know about all the new macOS Catalina features in this post. From macOS Catalina system requirements to its supported devices, we have covered it all.

Q: What are the new features in macOS Catalina?

"I have heard so much about macOS Catalina lately, but I still don't know if it would be compatible with my MacBook Pro. Should I give it a try and can someone tell me about the macOS Catalina features list?"

This is one of the many questions that we have received lately about Apple's latest offering for Mac – its new OS Catalina. Named after the southern California Island, it is the 16th major release of the operating system, and by far, its most advanced one as well. The OS was made public on October 7, 2019, by Apple, but users are still not aware of its major features or compatibility. Don't worry – in this precise yet informative guide, I will tell you everything about macOS Catalina features, compatibility, supported devices, and so much more. 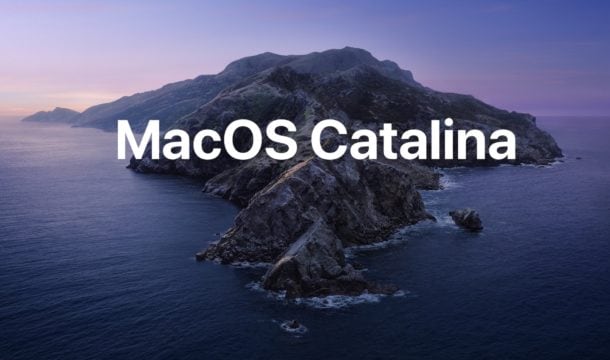 Catalina or macOS 10.15 is the latest and the sixteenth release of the macOS lineup by Apple, which was made public on October 7, 2019. Although, the OS was originally announced during Apple's WWDC showcase in June 2019. The successor of macOS Mojave, it is by far the most advanced and sophisticated OS developed by Apple.

Apart from the wide range of new macOS Catalina features, there are tons of developer options making it unique. For instance, it is the first operating system developed by Apple that only supports 64-bit applications. Also, it is making headlines for tons of unique features like Activation Lock, Apple Arcade, Apple Music, Screen Time, and so much more.

The official macOS Catalina release date is October 7, 2019. That is, the first stable and public version of the operating system was released in early October this year. This happened a few months after the announcement of the OS on June 3, 2019, at Apple's WWDC event.

Here's the complete macOS Catalina compatibility list for you to check if you can update your system to macOS 10.15.

Although macOS Catalina has been recently released, it was already making the headlines for its new and advanced features. The new OS is equipped with tons of features and has drastically changed its system design as well. Though, the following 5 features of macOS 10.15 certainly stood out for me from the rest.

Being a music buff, I found this as one of the most exciting new macOS Catalina features. For years, people have been using iTunes to manage their devices, music, videos, podcasts, and more. Though, macOS Catalina users would no longer have access to iTunes anymore. Instead, it has come up with dedicated Music, podcasts, and TV apps for the system. Don't worry – you can still access your iPhone features via Finder.

Users can just migrate their iTunes library to Apple Music. This will let them sync their playlists and music with other devices too that support Apple Music. It features an extensive catalog of over 50 million songs and playlists. 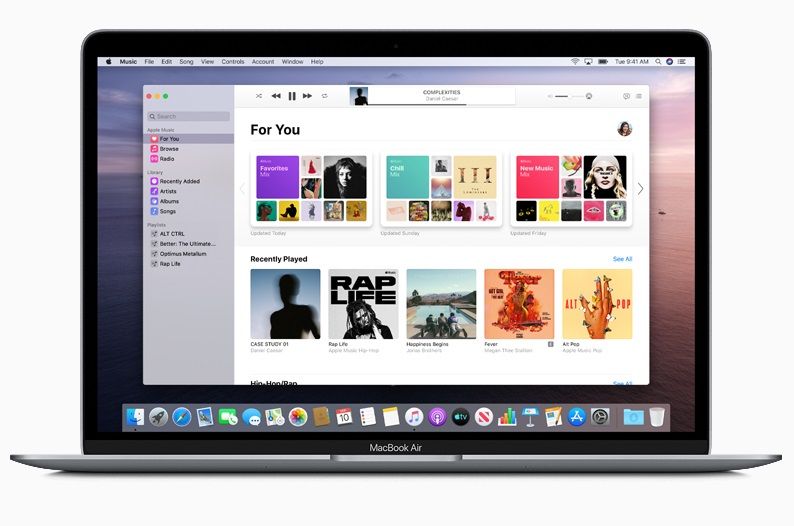 The app will provide a personal and curated experience for you to access over 700 thousand different podcasts. You can also add subscriptions to get immediately notified for a new podcast release. 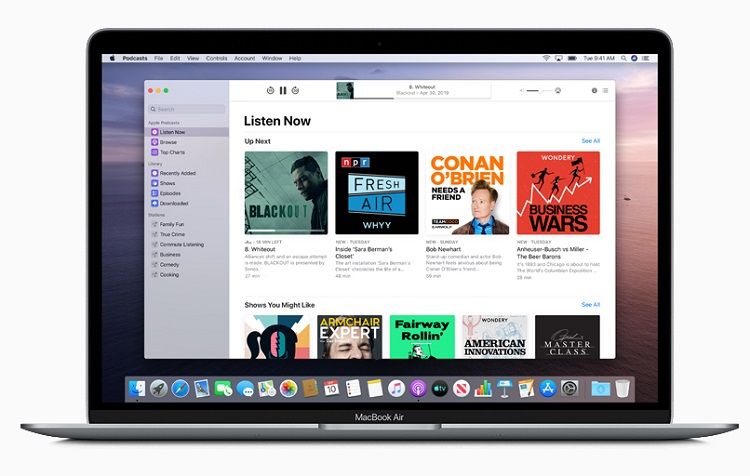 Apart from Apple's original streaming content, it will also let you access thousands of movies and TV shows that were earlier available on iTunes. The app also supports 4K HDR and Dolby Atoms for clear vision and sound. 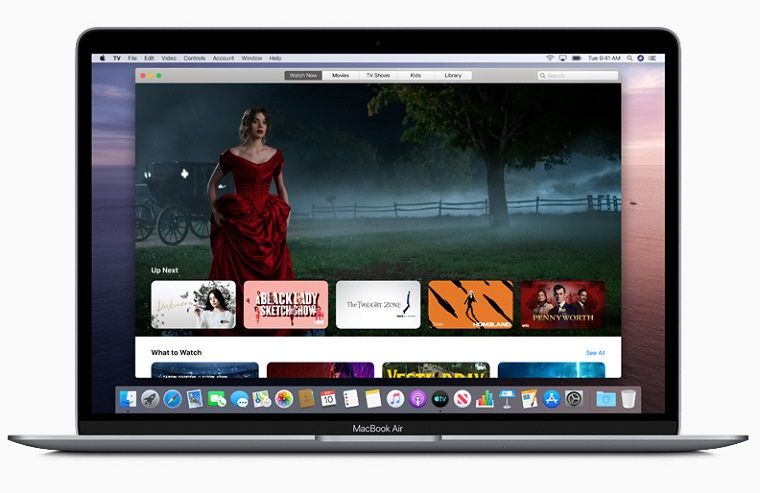 This is a gift to all the app developers and users alike as it will increase the overall accessibility of several apps. The iPad ecosystem presently has over a million apps under different categories. Though, most of these apps are not available on Mac's App Store. With the release of Mac Catalyst, Apple will make it easier for iPad app developers to host the same app for Mac. 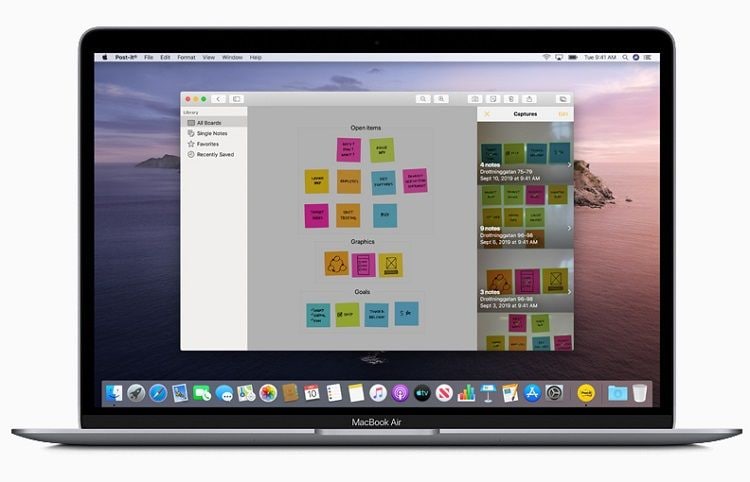 As a result, macOS Catalina users would be able to access more than a million apps for all kinds of purposes. From Twitter to Post-it and Jira to TripIt – the list goes on and on.

3. Introducing the "Find My" App

If you are already an active iPhone or iPad user, then you might be familiar with Find my iPhone/iPad that lets us locate our device. Additionally, with the help of the Find my Friends iOS app, we can locate our friends and family too. Now, both of these features have been integrated into the "Find My" app on macOS Catalina.

It has a Find My Friends feature that would let you see the real-time location of your contacts. Also, with it, you can locate your lost Mac even when it is sleeping or offline. Just make sure that all the iOS and macOS devices are linked to the same iCloud network for seamless connectivity. 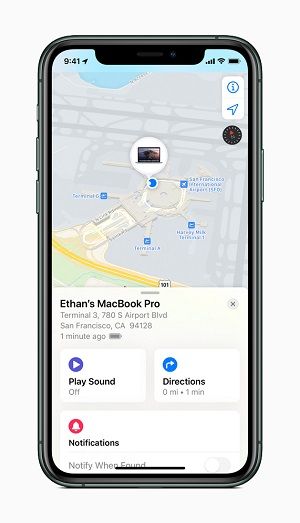 4. Extend your workspace with Sidecar

If you are a designer, an animator, or an artist, then you would certainly love these new macOS Catalina features. As the name suggests, the Sidecar feature will let you add an iPad to your Mac to extend your workspace. You can connect both the devices wirelessly or by using a wire to charge your iPad at the same time.

The Sidecar feature will let you use your iPad display as an input for any other application running on your Mac. Just use an Apple Pencil to draw something and the changes would be reflected on Mac. Tons of apps for photo/video editing and animation like Photoshop, Illustrator, ZBrush, etc. are compatible with this feature. 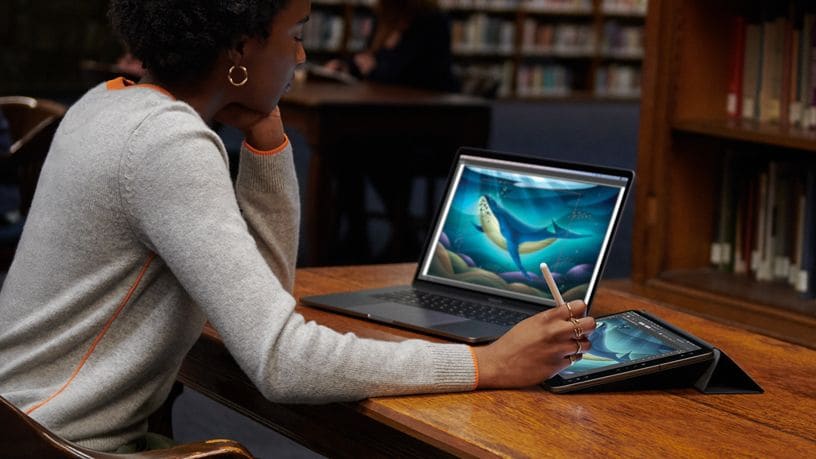 This is one of the first macOS Catalina features that I noticed and I'm sure you would too. The new and beautifully designed Photos app will let you organize your pictures like a pro. It has an intelligent scan that will highlight your best shots and would automatically organize your memories into different categories. You can also mark your favorites, browse photos by places/people, and share albums with others as well. 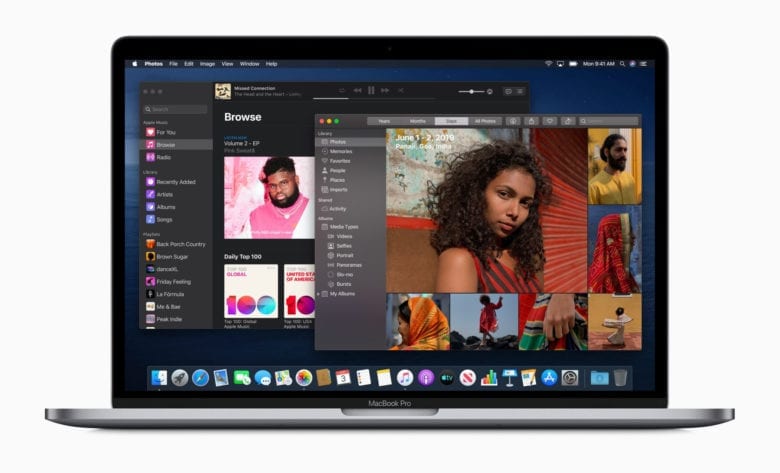 Apart from the above-listed improvements, there are tons of new macOS Catalina features that you can enjoy. From better Reminders to a dedicated Arcade, here are some of the other prominent things that I found appealing in macOS 10.15:

If you are into gaming, then you would love this macOS Catalina feature that has brought Apple Arcade to the Mac Store. Users can access it with a monthly subscription of just $4.99 and play over 100 games on their Mac. They can even link the game with their Arcade account and access it on any other iDevice. Besides keyboard and joystick, it also supports wireless gaming controllers too. 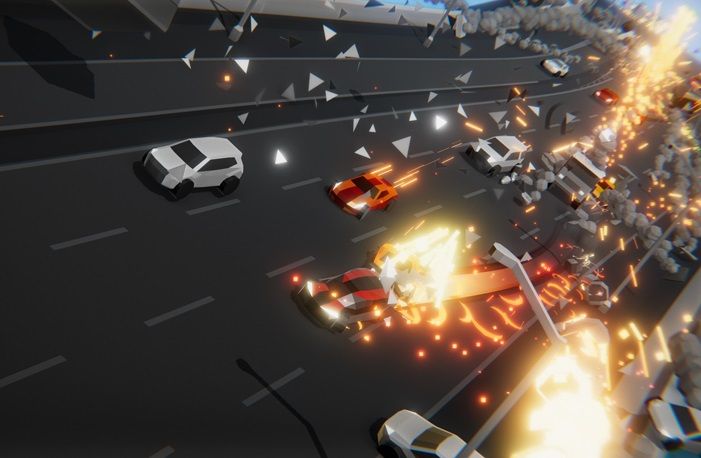 The new macOS 10.15 update has something for everyone. By integrating the latest Siri speech and voice integration, it will make it easier for people with disabilities to access Mac and its features. There are also better audio (text to speech) as well as Zoom Display features for people with impaired vision.

After being an instant hit on iOS, Apple has also introduced its resourceful Screen Time app for Mac. It will let you analyze how much time you (or any other user) have spent on the system. You can also integrate it with Family Sharing to see each other's data or apply app restrictions/limitations for your kids too. 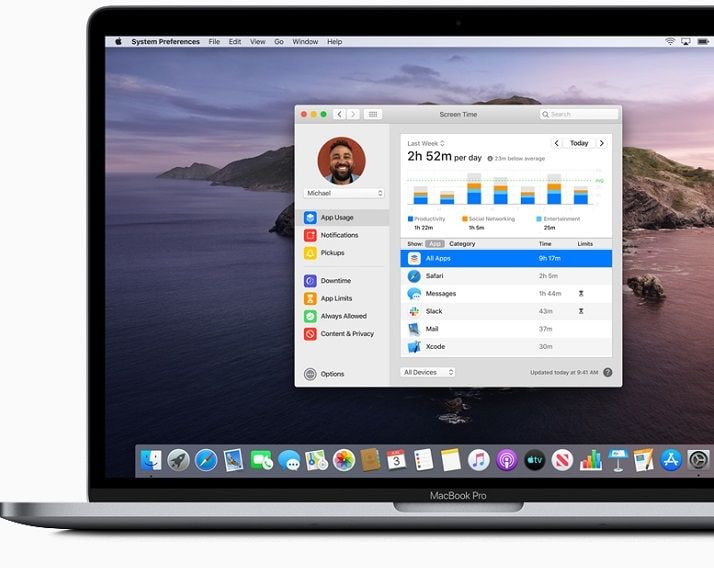 The latest macOS version comes with tons of advanced and high-end security features. The Gatekeeper will make sure that only trusted apps would be installed on your system. The use of A2 security chip has implemented the Activation Lock feature which will work as an excellent anti-theft function.

The new and improved Safari will take the assistance of the Siri suggestions to provide a personalized browsing experience. The Reminders app has also been redesigned to set and track reminders easily. Similarly, the Notes app has a new interface and search option. Also, the Mail app would let you mute conversations, enable an advanced filter, and offers a few more options. Furthermore, there are also new features related to iCloud Drive sharing, language support, QuickTime Player update, restoring Mac from a snapshot, and so on.

There you go! I'm sure that after reading all these macOS Catalina features, you would be able to know what's new in this latest Apple release. As you can see, there are several new-age features like Arcade support, advanced security, Screen Time, revamped Photos app, etc. that you would love to explore. Though, I liked features like Find My, Mac Catalyst, Apple Music, and Sidecar the most.

Which of these features did you try on macOS Catalina and what is your take on Apple's new release? Let us know about your experience (or even grievances) of using macOS Catalina in the comments below!

Why is the new macOS called 'Catalina'?

Mostly, Apple takes inspiration from nature and landscape while naming its operating systems. For instance, Mojave was named after the desert while High Sierra was named after the mountain ranges. It has been noticed that all these landmarks are located in California. To keep the tradition alive, Apple has named its new operating system Catalina. It has been inspired by the Santa Catalina Island, which is a rocky island located in California.

Can I try the macOS Catalina beta?

The beta version of the macOS was initially released for developers and beta testers. Shortly after the announcement of the OS in June, the beta version was available under Apple Beta Software Program. Since the public (and stable) release of macOS Catalina has been released, you can just try it instead of the beta version. This is because the beta release can be unstable and cause some unwanted damage to your system.

What's the deal with 32-bit and 64-bit apps with macOS Catalina?