How to Open Task Manager on a Mac: A Complete Guide on Mac's Activity Monitor

"Do we have a task manager in Mac as well – or some other Mac equivalent of task manager? I have to quit certain apps on Mac, but can't seem to find its task manager."

If you have also moved to the macOS ecosystem recently, then you can have a similar query as well. Unlike Windows, accessing the task manager on Mac can be a tedious job. Though, it is one of the essential features of the operating system. From monitoring the CPU consumption of an application to closing a process forcefully – there are so many things that you can do with Macbook task manager.

To help you do the same, we have come up with this detailed guide on macOS task manager. Read on and learn how to access the task manager on Mac in no time. 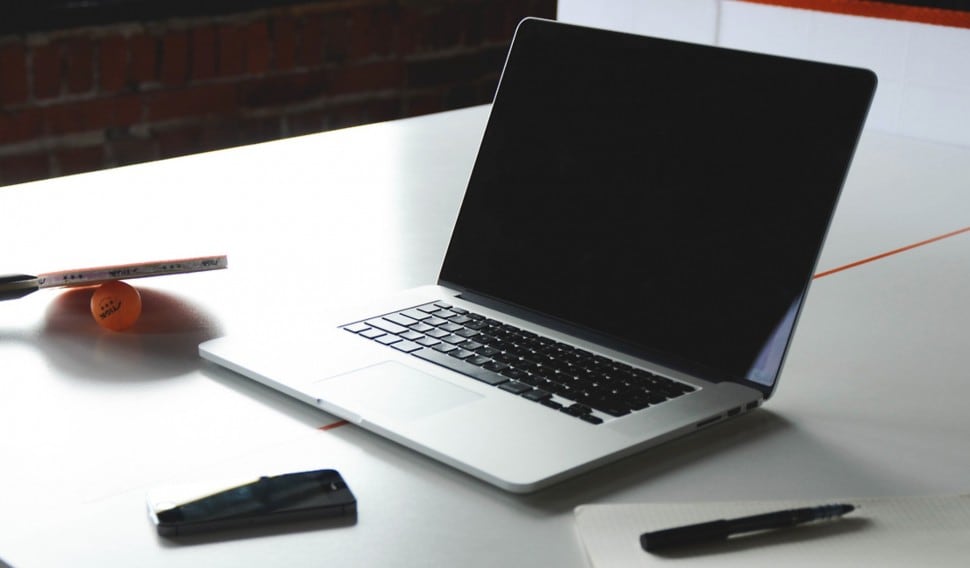 Part 1. Is There a Task Manager for Mac?

As you know, the task manager is a native feature on Windows computers. Though, Mac also has a similar component, which is known as Activity Monitor. As the name suggests, it will let you view and monitor all kinds of activities that are running on your Mac. You can view the CPU utilization of a process, system memory, disk storage, and other vital parameters. Furthermore, you can also use the Mac program manager to forcefully quit an app as well.

The feature was first introduced in Mac OS X v10.3 release and was initially known as process viewer or task manager on Mac. It was later when the tool was revamped and got released as an "Activity Monitor" with Mac OS X 10.9 release. 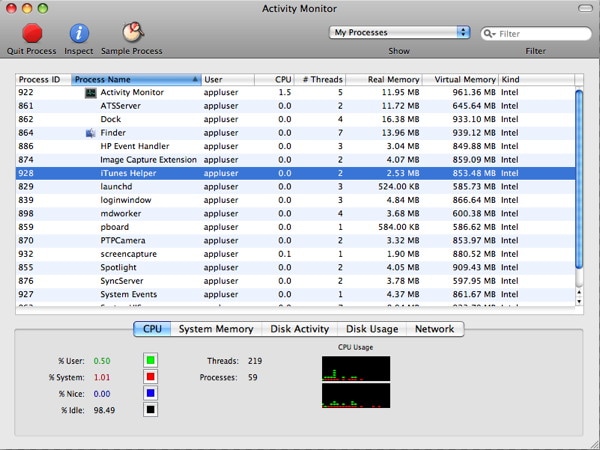 Part 2. How to Open Task Manager on Mac?

In order to access the features of the Mac process manager, you need to locate the application first. Here are some quick ways on how to open the task manager on Mac that you can also try.

This is the easiest solution to open the task manager on Mac. All you got to do is click on the Apple icon from the main menu and visit System Preferences > Applications. From the available Applications on Finder, visit the Utility folder. 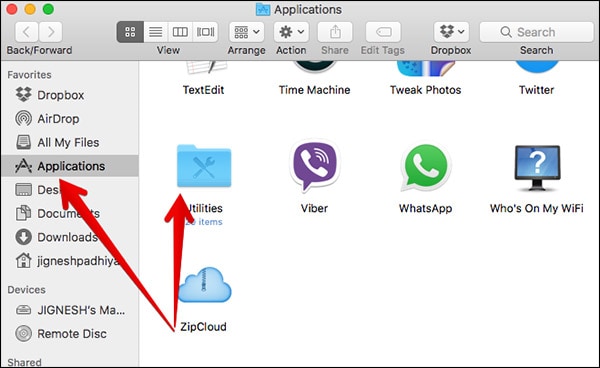 This will open all the utility tools and components on your Mac. Just look for the "Activity Monitor" tool and double-click its icon to open it. 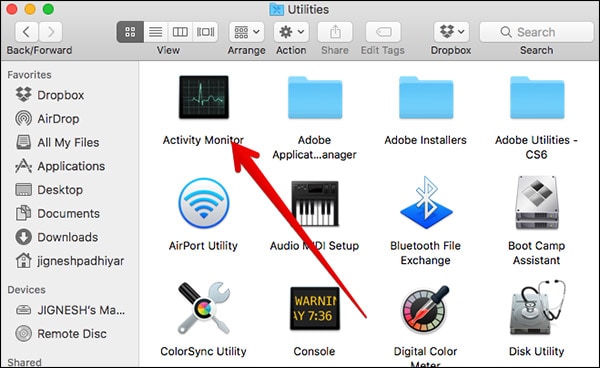 2. Get Mac Task Manager on Spotlight

Spotlight is one of the most widely used features in Mac that helps us look for files and apps instantly. If you can't find where is task manager on Mac, then click on the spotlight bar (the search icon) at the top right corner of the screen. Now, just type "Activity Monitor" on it as Mac would look up for it in the background. As you would get the relevant results, click on the Activity Monitor app to open it. 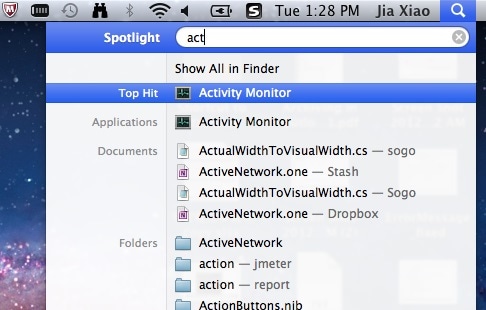 Apart from Finder, Mac's dock also lets us access the vital tools and applications quickly. By default, Activity Monitor is already a part of Mac's dock. Though, you can just drag and drop its icon to include it in the dock as well. Just double-click the Activity Monitor icon on the dock to launch it.

If you want, you can further customize the task manager Mac icon as well. Just right-click the icon to access its context menu. From here, you can select what to monitor and change the dock icon to different options. 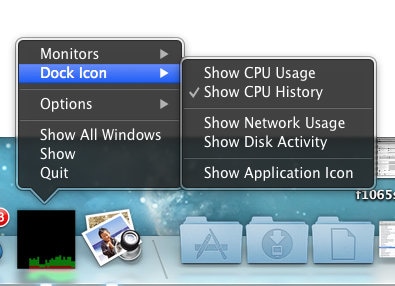 4. Use the Mac Task Manager Shortcut

Some macOS versions also have a keyboard shortcut to open task manager in Mac. All you got to do is press Command + Option + Shift + Esc keys at the same time. Keep holding them simultaneously for at least 3 seconds to launch the Activity Monitor app on the screen.

Part 3. How to Format Hard Drive for Mac and PC on Windows?

Now when you know how to access the task manager on Mac, you can easily make the most of it. It can help you monitor the activity of all kinds of apps and processes running on your system. If you want, you can even use the Mac task manager app to forcefully quite a process as well. Apart from that, you can get to know about the following components via task manager on Mac (Activity Monitor). 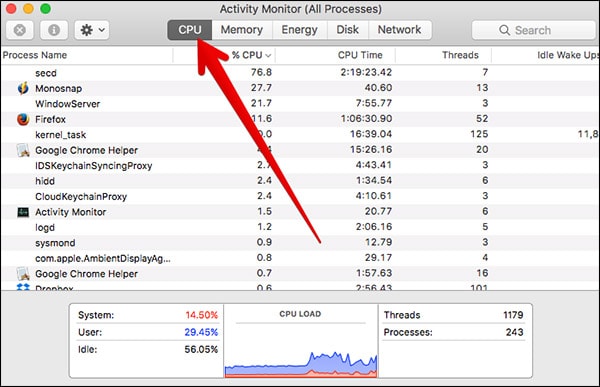 Part 4. How to Force Quit an Application on Mac?

1. Use the Apple Menu

If an application has been crashed on your Mac, then don't worry. Just press and hold the Shift key and click on the Apple logo (on the top left corner of the screen). Here, you can see an option of "Force Quit" with the name of the selected application. Just click on it to close the application in the background. 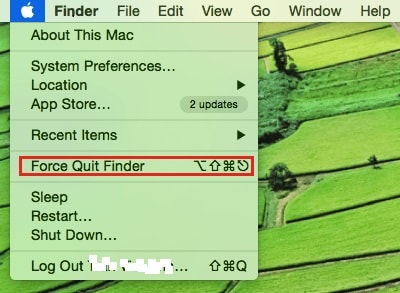 If you want, you can also take the assistance of Mac's dock to close an application as well. Needless to say, the mouse should be working and the app must be present on the dock. All you got to do is select the app icon and right-click it. From the available context menu, click on "Force Quit" to close it.

If you want to know about the details of an application before closing it, then consider using Activity Monitor. You can follow either of the above-listed methods to open the task manager on Mac. As you would get a list of all the running applications in the background, select the one that you wish to close. Click on the "Force Quit" button and confirm your choice to close the selected application. 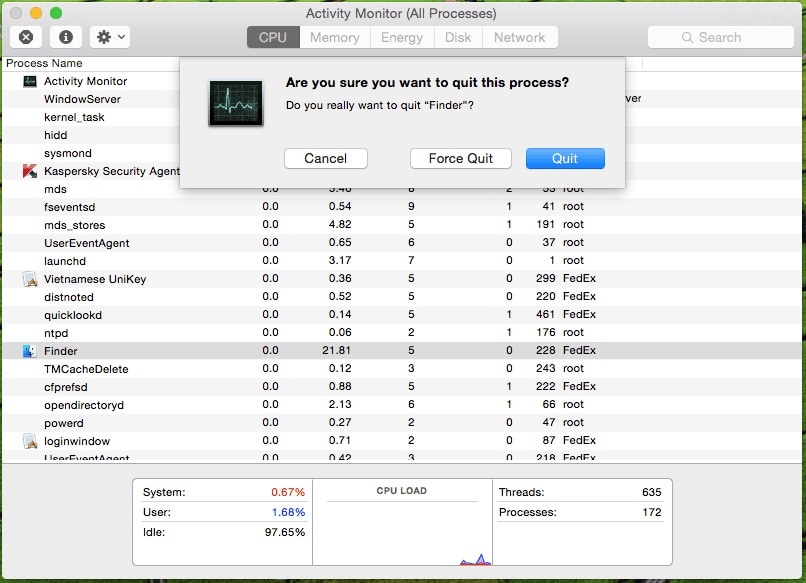 Read on and know more complete details on how to force quit Mac and apps.
- 2 minutes to read it.

Part 5. How to View Running Processes via Terminal?

Just like Activity Monitor, you can also use the Terminal to view all the running processes in your Mac. It will display a unique ID for every process, which you can later be used to kill the process as well.

Since Activity Monitor (task manager on Mac) is such a useful component, it will come handy to you on different occasions. If you want to make the most of it, then consider following these tips. 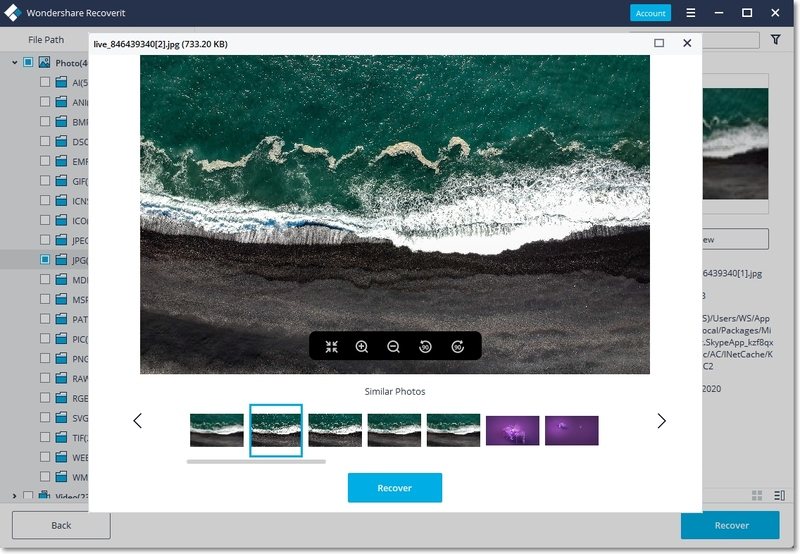 That brings us to the end of this informative guide on how to access the task manager on Mac. Not only have we discussed how to open the task manager on Mac, but we have also listed its usage and all the vital things we can do with it. Since Activity Monitor is the Mac equivalent of Task Manager (Windows), every user should be aware of it. Feel free to follow this guide and try to access Activity Monitor on your Mac as well.