Resolution from 4K to 8K seem to be very different, but what are their differences? How do you decide which one is right for your needs? In this blog post, we'll solve your confusion one by one.

A higher number of pixels means more detail, but processing power and bandwidth are factors that need to be considered before making a decision on which resolution is best for you. The world has quickly become an HD society. With the introduction of 4K and 8K resolution, high definition is becoming even more common.

But what exactly are these resolutions? And how do you know which one to choose for your project? In this blog post, we'll explore the differences between resolutions from 4K to 8K to help you decide which one is right for you.

Video resolution is a measure of quality that refers to the number of pixels or samples used per inch in either height, width, or both dimensions. The higher the pixel count, the better it will look on your screen and video player.

In simple terms, you need more pixels for greater detail because images are made up of tiny dots called "pixels." A lower-resolution image has fewer pixels across an axis, so there's less information available about what those small dots represent - it could be anything from dirt to a car door handle. 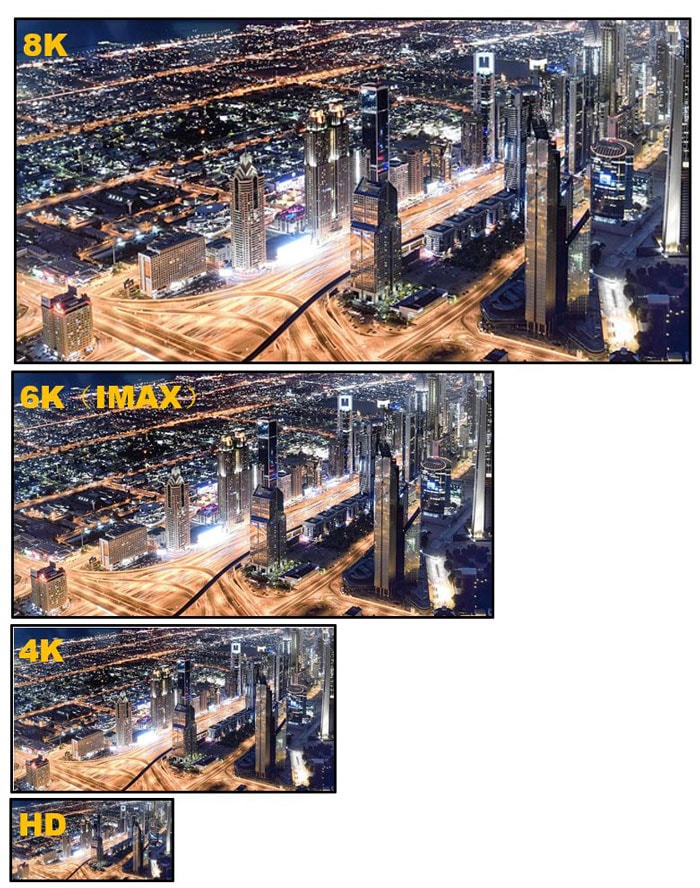 Currently, most of us are familiar with 4K, 6K, and 8K resolutions. Let's define them one by one: 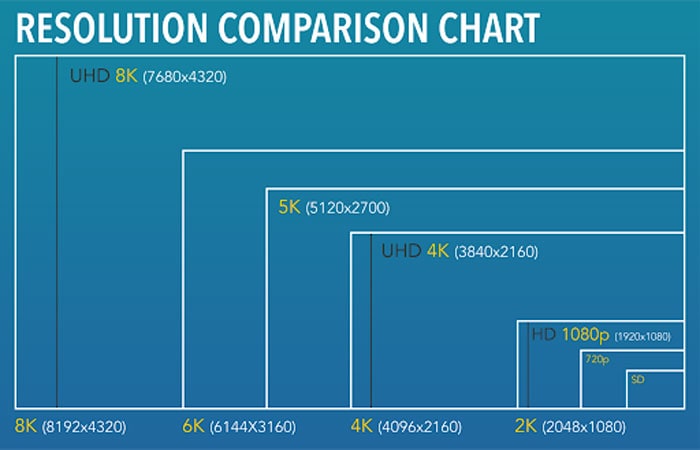 Part 2: What are the Resolution Differences?

Let's start with the basics.

Resolution is a measure of how many pixels there are on your screen in one given space. The more pixels you have, the higher resolution you're going to be able to see. But it will also mean that it takes up more hard drive space and won't look as good if we try viewing this high-resolution content on a smaller device like an iPhone or iPad.

This means that for most people reading this article, anything over 720p resolution should do just fine because chances are their computer monitor or TV has at least 1080p resolution anyways.

Before 4K became common, 2K resolution was rare. It was only used in cinema presentations, and most cinemas use 2k resolution (although some are less). The resolution is 2048 x 1080 pixels. But now, as 4K TVs become more and more popular, "2K" is quickly becoming a common shorthand for 1080p high definition.

In order to fully understand the concept, take a couple of steps back from your TV. Try to find a single-pixel (not one of the three subpixels (red, green, and blue lights that make up the screen). If you are looking at a 4K screen, four pixels will take up one-pixel space. If you are looking at a 1080p screen, 16 pixels will fill up 1 pixel. That's 8K. This means 8K is much sharper than 4K and much brighter than 1080p.

If you're looking for the best resolution for your needs, it's essential to know what kind of device you are using. A 4k TV is perfect for gamers and people who want a sharp image on their screen, but 8K TVs give a much more lifelike picture. If you're buying a camera, many factors come into play when deciding which resolution will be best suited to your needs - from the size of the sensor to whether or not you need 4k video recording.

So let's recap what we learned here about resolutions for TVs, videos, games, and cameras.

There are many different sizes and shapes of monitors available on the market today. From small 24 "TVs all the way up to giant 70" UHDTVs, there's something for everyone out there, no matter your budget (or living room size). But monitor manufacturers have started calling them by their actual pixel count instead; HDTVs with 1920 resolution or bigger are considered "Full HD"; while smaller ones have a lower resolution, like 1360x768, 1024x768. 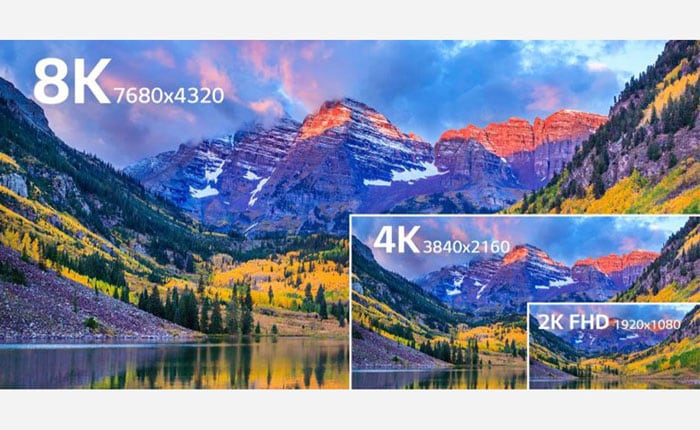 The higher resolution you have on your TV, the more detail it can show in images (though this may vary based on how close or far you are sitting). Although 1080p HDTV should be enough for most people, if you ask the question of the moment is whether 4K or 8K resolution is better for viewing. We suggest you choose something bigger with better pixels, opt for 4K instead of anything lower than that because they won't add any significant difference to what is already provided by HD and SD resolutions.

PC games are often played at a lower resolution than TVs, with HD monitors usually going as high as 2K and even higher resolutions in recent years.

If you're playing console video games, it's important that your TV can support whatever video output is being used by your gaming system. For example, suppose I'm using my Nintendo Switch while sitting about five feet away from my TV, which only supports 720p screens. In that case, I'll just be seeing a blurry picture no matter what setting I use for brightness or contrast settings when adjusting colors.

Therefore, it's also important to consider whether games require high graphics resolutions and frame rates. If not, then even an older gaming console such as PSX has a pretty good performance at standard definition. 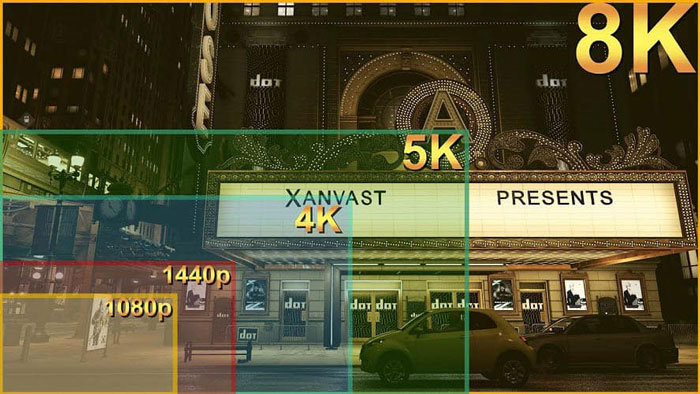 When it comes to videos, there are many factors that determine what resolution you need. Resolution can impact your ability to see details in the picture when watching HD or UHD videos, especially if viewing from close up. Still, for some people, the higher resolutions won't make any difference whatsoever.

While it is not always necessary to watch videos in the highest resolution. For instance, a high-resolution video on YouTube might be better suited for viewing on your TV than it is when watching online because of buffering issues.

Resolution may not have as much of an effect on camera quality if "megapixels" or other factors are more important considerations. A lower pixel count means you can get away using less expensive lenses and still achieve sharp images. Cameras that record in 4K (and so on) are usually more expensive. 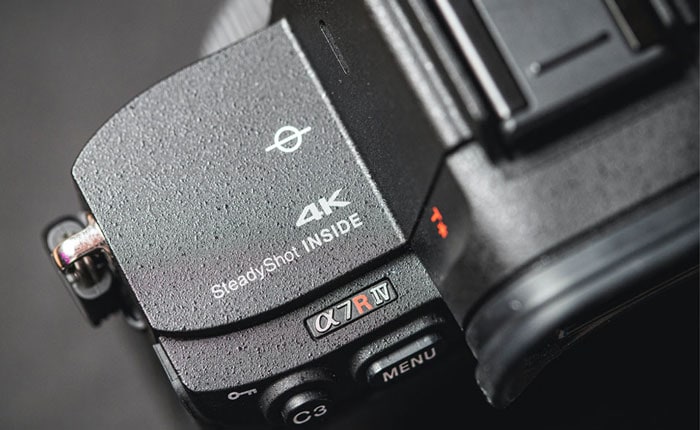 If you're buying a camera instead of using your phone's built-in one for the first time, you'll want to know these resolutions because they will affect how big and clear your pictures will turn out. For example, if I am taking an outdoor picture with my smartphone at 1440p and then take another with my DSLR (which has a higher resolution), the DSLR photo will be much larger than what was on my phone screen even though both were taken from the same distance away. The difference is that smartphones measure their pixels based on displays, whereas DSLRs measure theirs based on the number of photosites built within their sensors.

Of course, whatever resolution of the video you're watching or recording, there is always the risk of your videos getting corrupted or damaged. If that happens, don't get frustrated about your precious funny or memorable videos being lost forever. There are video repair software to address this issue, and the Wondershare Repairit is the best one. This video repair tool is fantastic, with advanced features for repairing video files in various formats like MOV, MP4, M4V, MKV, AVI, FLV, and more. Additionally, it has an intuitive and friendly modern UI and can also repair Full HD, 4K, and 8K videos from any device.

Try it for free at the button below:

The question of the moment is whether 4K, 6K, or 8K resolution is suitable for you. Resolution refers to how detailed a screen can display images, and today there are two main resolutions: 1080p (2160 x 1080) and 4k (3840 x 2160). The answer to this question depends on what you want out of your video experience.

> Resources > Photo/Video/Audio Solutions > Resolution from 4K to 8K: What's the Difference And How to Choose?