Want to create a windows 10 system image backup via wbadmin commands? Wondering how the wbadmin backup works or how it will work in accordance with windows backup command line? Then this article is your guide about wbadmin start backup examples.

I'm on Windows 7 Ultimate 64 bit. As Administrator (run as admin) I performed a backup that ran successfully by doing:

Of course and were my actual values.

After completion I did (also as admin):

Both return, "ERROR - no backup was found."

What gives? I thought this command should show me the versions of my backups?

A system backup image i.e. the clone of the operating system along with its running applications, drivers, and updates to avoid the process of reinstallation is quite easy. Devices do carry certain built-in mechanisms to like backup and restore utility to create the system backup image. Yet third party application support is always a plus point. In this regard, when you are trying to create a backup image for windows 10, then wbadmin backup is all that you need. Working on the principles of certain wbadmin commands, the software gets along with the windows backup command line and create a system backup image for windows 10 in no time. This article is going to explain everything in detail.

Just as a quick flashback, why even you need a system image backup? Certain scenarios make it necessary to create a backup when it comes to cloning the operating system of a device, it could be anything like system failure, a hardware failure, issues related to hardware or system up-gradation, any malware or virus attack that not only inhibits installation rather corrupts the new downloading files. In all the above-mentioned cases, you are left with only one option and that is to create a system clone i.e. system image backup. Else you will face either the file/data corruption or data loss. There are several ways for creating a system backup image for windows 10. One of the ways is to employ the windows backup command line. Another technique involves the usage of a third-party backup software solution, this article is all about a particular software i.e. wbadmin backup, and how it works for creating system backup image for windows 10. Here are the topics that would be discussed in detail.

Using the file history or OneDrive are some old ways to create a system image backup. They are restricted to Windows 7 and 8. For them, it is hard to find a backup tool for a system administrator. But when it comes to windows 10, thought the level of hardness is the same, yet there is a third party backup software solution that is making things a bit easier. Wbadmin backup in windows 10 is helping to create a system image backup that facilitates for restringing the operating systems, complete partitions, folders, file systems, and documents, all by running certain wbadmin commands prompts. It also works to create Bare Metal for restoring the operating system to dissimilar hardware. For Wbadmin backup to work, you only need to launch the PowerShell cmdlet or ab elevated command prompt as administrator and leave the rest to the software.

Part 2: How to Create Full Backup Using Wbadmin on Windows 10?

Let’s jump to the practicality of this Wbadmin backup! So if you are wondering how this software will create a full back up on windows 10, then here is how it works. Select either a whole drive or a partition targeted for the backup. You would need an external drive to act as a destination drive. This system image backup also facilitates you with an option to back up on a shared folder via a network.

Step 1: Start the process by launching the PowerShell or CMD window as an administrator. In the main menu of windows, select the option of the run as administrator.

Step 2: A command prompt will appear, in the command box, enter the following command and press enter to continue. 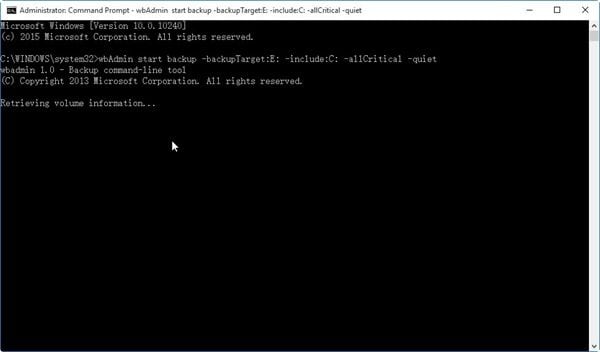 Step 3: The system image backup process will initiate. The particular command line would create a backup for drive C to drive E i.e. all the data related to critical volumes and partitions that contain system state.

Step 4: Once the backup is completed, the next step is to restore the backup. Select the option of System Image Recovery through Repair your computer followed by running a troubleshoot.

Step 5: In advanced options, select or enter the name of destination drive and click next to continue.

Part 3: How the Wbadmin Backup Commands Work on Windows 10?

As mentioned earlier, Wbadmin Backup works on the principle of certain Wbadmin commands. Let’s see how these command-line work on windows 10. The particular Wbadmin command act as a one-time backup command line to initiate the backup process on your device. Here is the summary of the Wbadmin commands.

It is the command that relates to the option of destination drive i.e. where you are going to save the backup image. The letter D denotes the drive D on the device that would act as the destination drive.

It is the drive that initiates the process of backup and orders the system to create a system backup for the partition carrying the operating system, application, system drivers, updates, and other data related to system files.

It is the option that includes all the partitions and sectors of the hard drive and runs the backup mechanism avoiding the input of any file system manually.

Wbadmin Backup is an easy to use software with all its Wbadmin commands with few restrictions. These include the creation of backup for only those partitions with an NTFS format. You are not allowed to backup for critical volumes. It is a one-time option to schedule a backup for one backup image. In case you want to create more backups for the same image, you have to change the name every time you set up a scheduled backup.

Part 4: How to Restore Full Backup on Windows 10?

Once you are done with creating a system backup image for windows 10 via Wbadmin Backup, now it’s time to restore the backup on windows 10. Here are the steps to follow:

Step 1: Start the process by connecting the backup drive i.e. the source drive to your device.

Step 2: Now insert the Windows 10 USB bootable drive that is going to be the destination drive. Start the device. In case your device fails to boot, you have to change the boot preferences i.e. Basic Input/Output System (BIOS) or Unified Extensible Firmware Interface (UEFI) settings.

Step 3: Windows setup page will appear on the screen. Click next to continue. 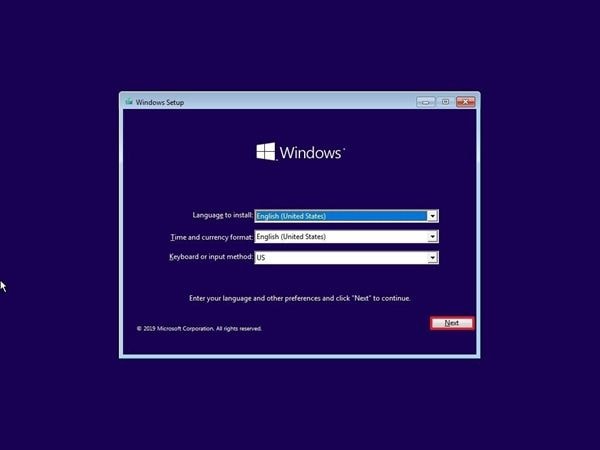 Step 4: In the next window, select the option of repairing your computer in the bottom left corner. 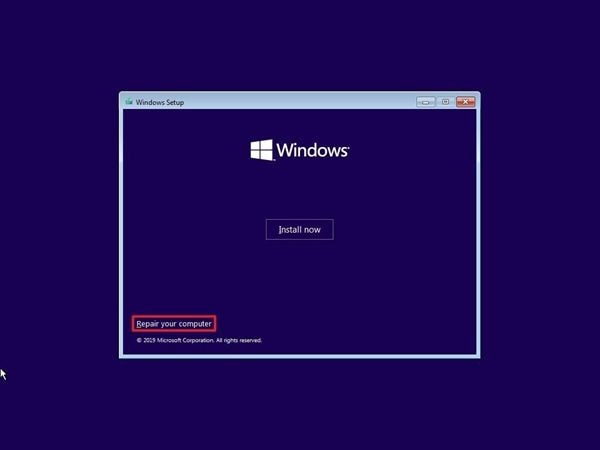 Step 5: Select the option of a Troubleshoot. 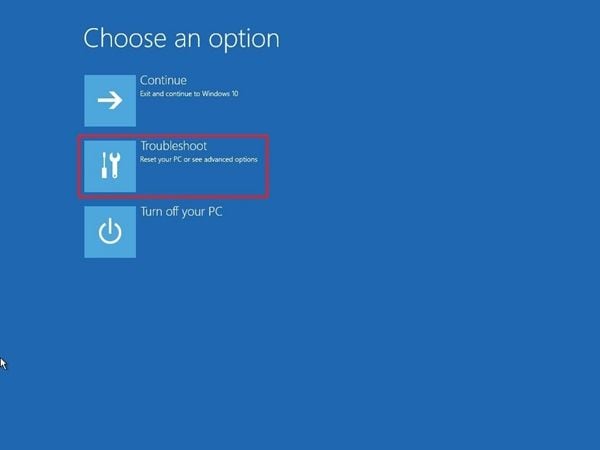 Step 6: In the troubleshoot menu, now select the option of system image recovery. 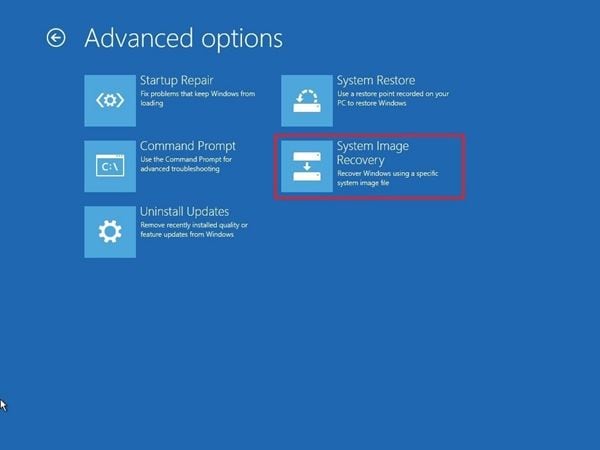 Step 7: In the window of system image recovery, click on the option of windows 10 as a targeted operating system. 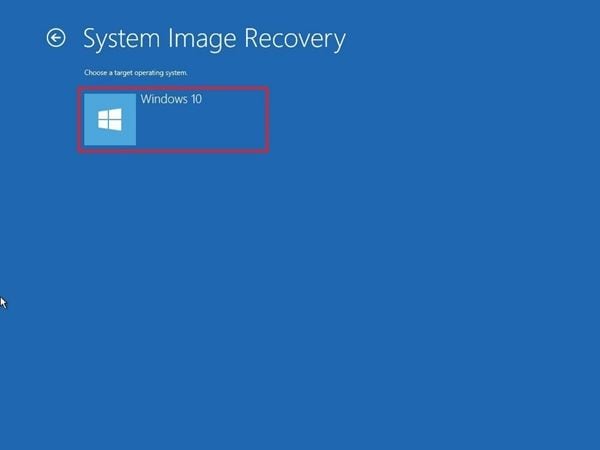 Step 8: In the next window i.e. re-image your computer, select the option of using the latest available system image. Click next to continue. 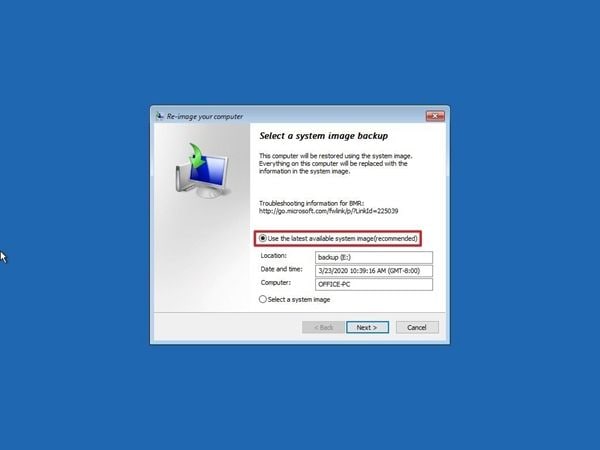 Step 9: If you are restoring the backup on anew drive, then go for the option of format and repartition disk and click next to continue. 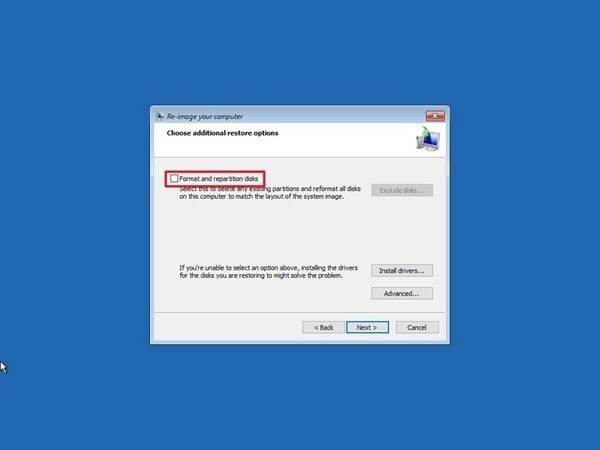 Step 10: In case of using the new drive, select the option of excluding disks for preventing the formatting of other drives connected to your device. Once selected, click next to continue> in the new window appearing on the screen, click Finish to complete the process. 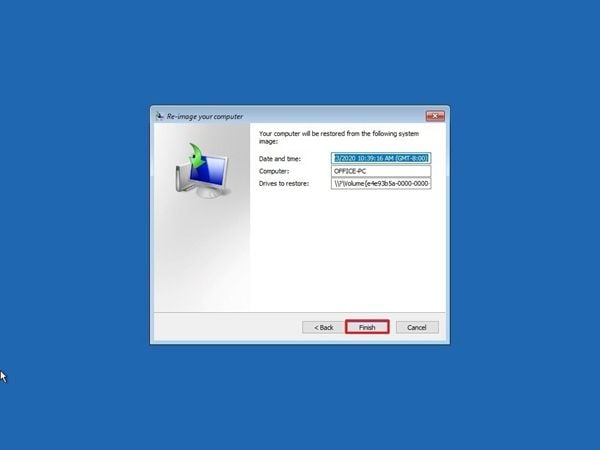 After clicking finish, the process of restringing the system backup image will start.