I've been having trouble cloning my old HDD to my new SanDisk 480GB SSD. The original clone using SanDisk's recommended software didn't seem to copy anything across. I tried to boot up with the HDD removed and the SSD mounted in its place and got an error message. Since putting the HDD back in and placing the SSD back in the external drive enclosure which I also used to attempt the clone, the SanDisk SSD Dashboard is indicating there's absolutely nothing on the new drive.

I've since tried to clone with a variety of different free software but nothing seems to be able to start the cloning process. From watching a few videos, I think it may be something to do with partition size. I've now tried shrinking my C drive using Windows Disk Management. Although the OS is only about 130GB, it's only allowed me to shrink that volume to 480GB which is still bigger than the 447GB available on the drive.

Can anyone help? Does anyone know why this partition is still taking up much more space than it seems to need?

Making a clone for the hard disk is said to be the process in which you create an exact copy i.e. duplicate of all the files and file systems saved on the drive. It is a form of continuous file backup as the process is initiate as soon as you start your device or it can take place according to a schedule you sketch for the device. The duplicate can be created on another device or directly on the SanDisk SSD via SanDisk SSD backup software. This article explains all the facts and techniques for real-time backup free.

Cloning the hard drive to SanDisk SSD is easy with the help of SanDisk SSD backup software. Now the question is, why do even do you need to clone your hard drive? As an answer to this question, creating a backup in the form of a clone, is important to save your data from all forms of data loss. In conditions like your hard drive runs out of capacity, bad sectors of the drive, the drive is outdated, in all such scenarios, you feel an urge to replace your drive with SanDisk. While shifting the Windows OS to the conventional HDD, is quite a slow process. But with the help of SanDisk SDD backup software, you can clone your drive in no time. This article is all about the method of cloning and the reasons why you need to clone your drive. The following are the topics that would be discussed in detail.

SSD i.e. solid-state drive is way better than traditional HDD when it comes to compatibility with the Windows OS. From performance to functionality it is an ultimate choice to replace all the drives and gives you a better user experience. Out with various series, SDD comes in portable SSD SanDisk Extreme 900/510/500, 2.5” Internal SanDisk Ultra II /Extreme Pro/Plus/Ready Cache SSD, and SanDisk Ultra II mSATA SSD for mSATA form. As far as cloning is concerned, you can easily clone the traditional drive to SSD, all you need is a reliable SanDisk SSD backup software that acts as continuous data backup software. Here are some of the pro tips that can be utilized while coning or migrating the data from the traditional HDD.

Part 2: Why Do You Need SanDisk Data Migration Software?

To get better performance when it comes to the hard drive, the traditional HDD when replaced with the SanDisk SSD, the first thing first is the data migration from the old drive to the new one. This process of migration can be slow. But when you are using SanDisk SSD, you can use the SanDisk SSD backup software. Cloning is the process you can use to migrate all the data from the older drive to the new one without losing any data. It also skips the process of reinstallation rather than act as a restoration source. All you need is reliable and fast working continuous data backup software. For data migration, connect both the source and destination disk with the device. If your device carries two drive bays, you have an option to install the SSD to the device. In other cases, you can externally connect the SSD to the device via USB or SATA cable. Once the device is connected to SSD, nextly you have to install the cloning software to create a clone.

Part 3: How to Migrate HDD to Sandisk SSD (Including OS and Data)?

Once you know the actual reasons for cloning your HDD to SanDisk SSD including the OS and other files and file systems, the next step is to know how to proceed with the technique of cloning. SanDisk does not contain the disk management tool for channeling the SSD, all data can be migrated via a common copy and paste procedure. In this regard, a third-party application software i.e. real-time data backup software is the deal to crack. Wondershare UBackit is the one on the list. 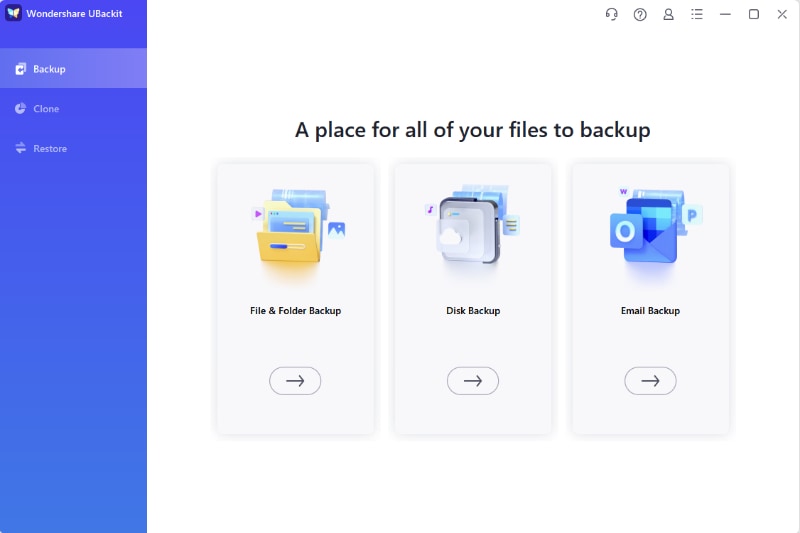 Step 2 Choose A HDD to Clone 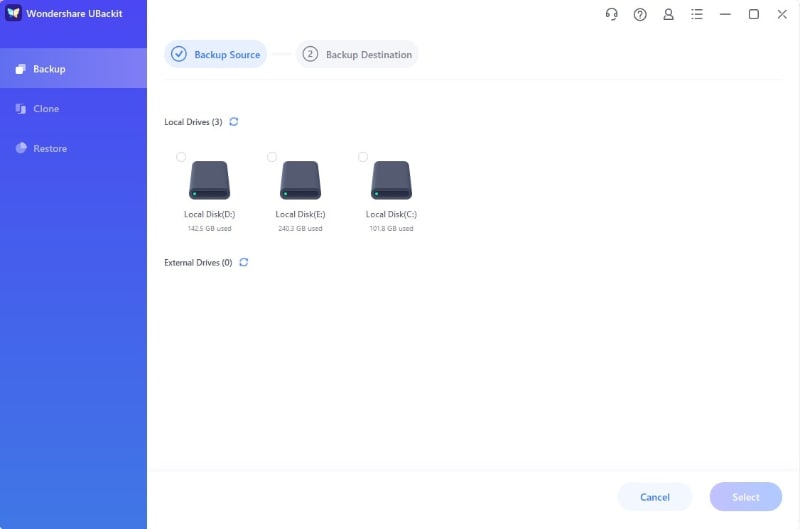 It is advised that you choose a brand new external hard drive to store the backup data and settings. Also, ensure that the storage space is big enough to load the whole disk. 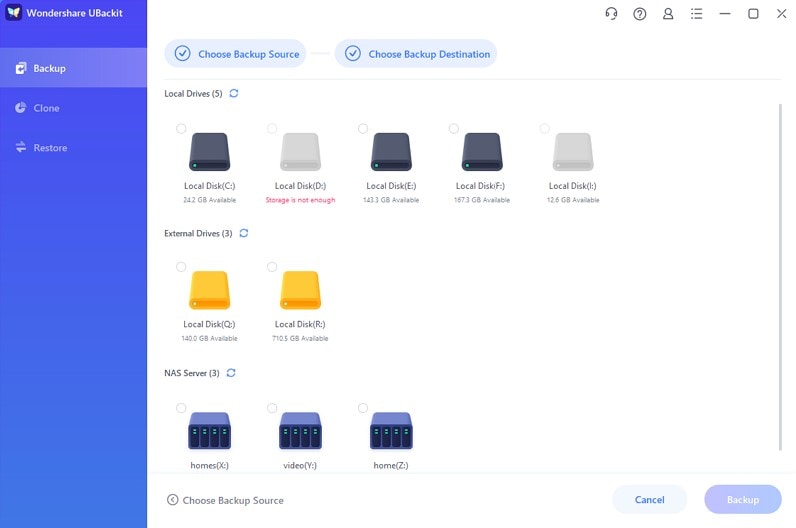 After clicking on the “Backup” button, you can just sit back, and wait for a while. The application will display the progress of the disk backup process on the screen. 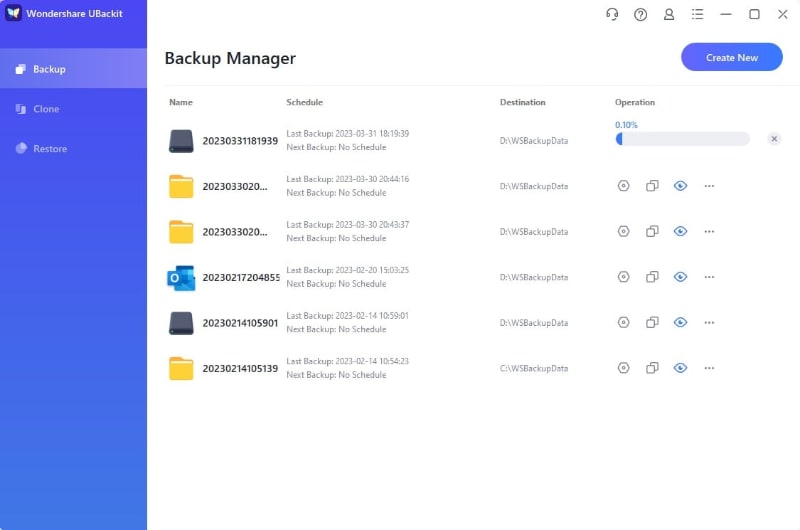 In the end, UBackit will inform you once the HDD Disk Clone process is completed. You can now view, restore, and manage your backup from your UBackit dashboard. 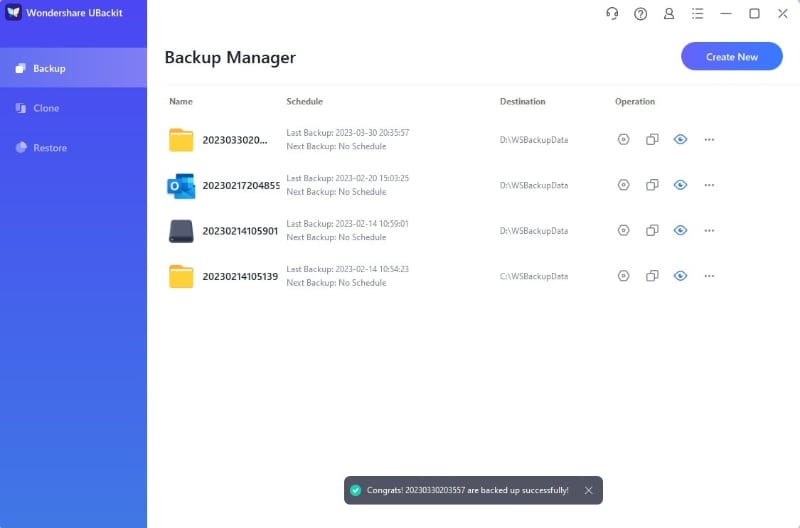 When the backup process is finished, you can choose to "Set Auto Backup" to release you from backup worries. Just click on "Settings", you can backup your hard disk daily, weekly, monthly, or even non-stop.

Hence, the SanDisk SSD backup software helps to create the clone for the regular HDD. This article explained all the possible aspects regarding why you need an urge to clone the hard drive. For this purpose, Wondershare UBackit Professional is third-party application software that helps to create the clone on your SSD. Using this software, you can clone all the files, file systems, sectors, and the windows OS on the SSD and skips the effort of reinstallation. Next time when your hard drive creates any technical issue and you are feeling to replace it. You just have to follow the cloning technique to restore the data on SSD.