Do you know how defragment of Mac drive can help you? Here, you will get to know everything on how to defrag MacBook Pro or other Mac system.

At some point, it is common that your system becomes slow. Whether you have the latest Mac system or an old one, experiencing performance issues are common. Most people know how to defrag the Windows system but the Mac File system isn't designed like Windows. Thus, if you feel like you need to defrag Mac, then you still have some other options.

Here, we will discuss in detail how you defrag a Mac and why do you need it. Along with the process, we will also look for some alternatives to defragging.

Defragment is the process where scattered files from the storage are organized. It erases the gaps from the files and stores them as a single whole part in the same location. In simple words, defragging Mac hard drive moves everything in order and fills the holes which exist while using the files. Ultimately, defragmentation saves time to search and read the files thereby improving the performance of your system.

Do You Need to Defrag Mac?

In general, Mac doesn't need defragmentation. It is due to the fact that the Mac OS X version after 10.2 has a different file system than Windows. Apple uses the HFS+ format which has a special function of Hot File Adaptive Clustering. This function works merely to automatically prevent fragmentation in the drive in the first place. As a result, there is not much need to defrag MacBook manually.

It is rare but maybe at some point, you might need it. Once in a few years, you might have to defrag Mac during the update, upgrade, installation, or reinstallation of some software.

When to Defrag MacBook Pro?

The one and only exception when you surely need to defrag MacBook Pro is when the storage space is left only 10%. Once that much storage space is occupied, the Mac OS won't be able to perform automatic defragmentation. Thus, you will have to consider either removing extra and useless files or expanding the storage so that your Mac system performance won't decline.

So, either you have to go through defragmentation or remove some of the big files from your Mac.

Part 2. How to Defragment Mac?

This is a matter of concern as there is not a particular tool on the Mac system that can tell you how to defrag a MacBook. But you can rely on third-party tools for that if you want to. Here, we are providing you top-listed tools for defragmenting in case you need them.

This tool is specially designed so that the performance of your Mac system can be improved significantly. Even though it is popular for its cleaning features of removing unused and redundant files, it can also help to defrag Mac computer.

The performance improvement features make sure that the disk is fragmented to maximize the space. As a result, Mac works better. These tools also have other useful features like restore, undelete, backup, and remote tracking too in case your Mac gets stolen. 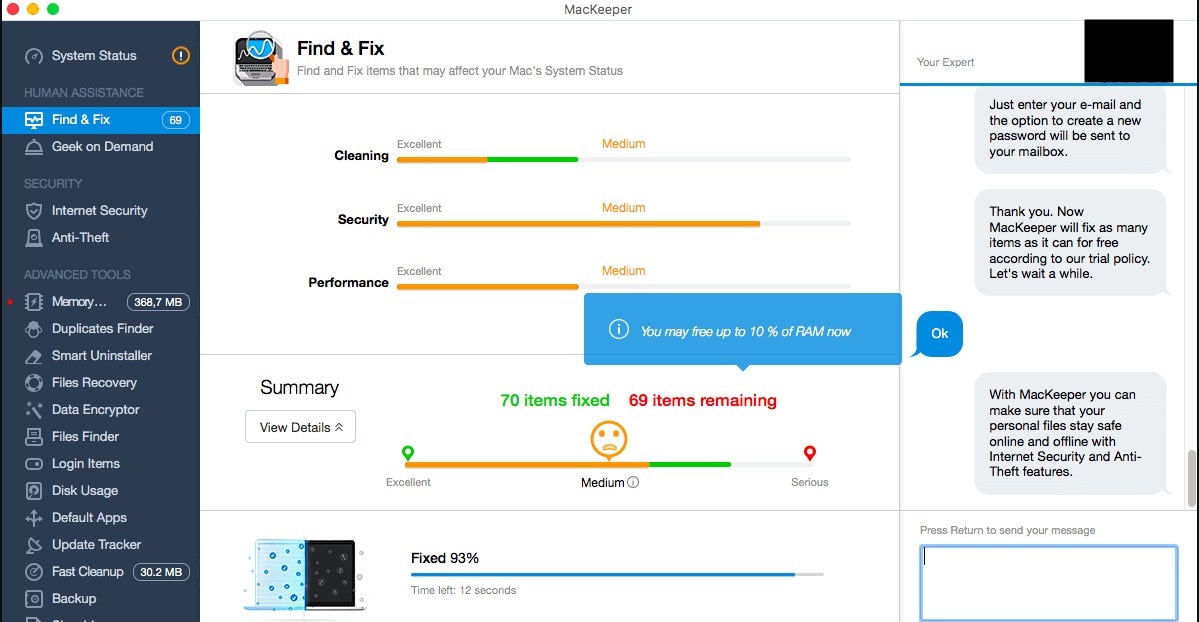 For Mac OS defragment disk, you can rely on iDefrag to work efficiently. It is a useful tool to defrag and optimize your computer. You just have to reboot your computer and the software will provide you options to defrag the system. With this software, you will be able to defrag the whole drive easily. It can even perform selective defragmentation. Along with this, the software is simple, organized, and improved so you don't have to struggle to learn how to operate it. 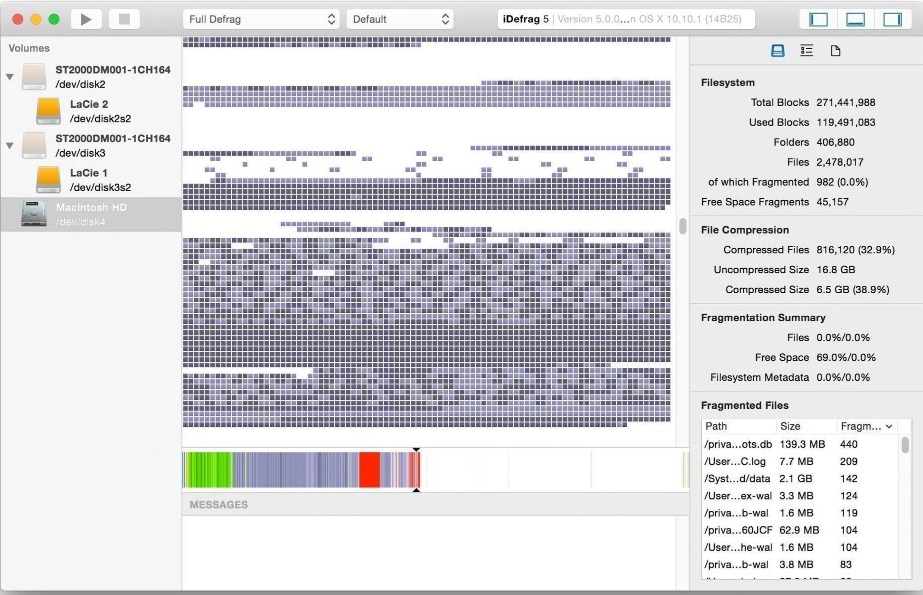 One of the best tools that can tell you how to defrag MacBook Pro is DiskTools Pro. The software has three main features, i.e. defrag, backup, and repair. This software makes the repair and maintenance of the Mac system easy and fast. There is a bundle of tools for other tasks too which include creating a bootable disk, fixing bad sectors, test disk integrity, analyze drive capacity, and so much more. 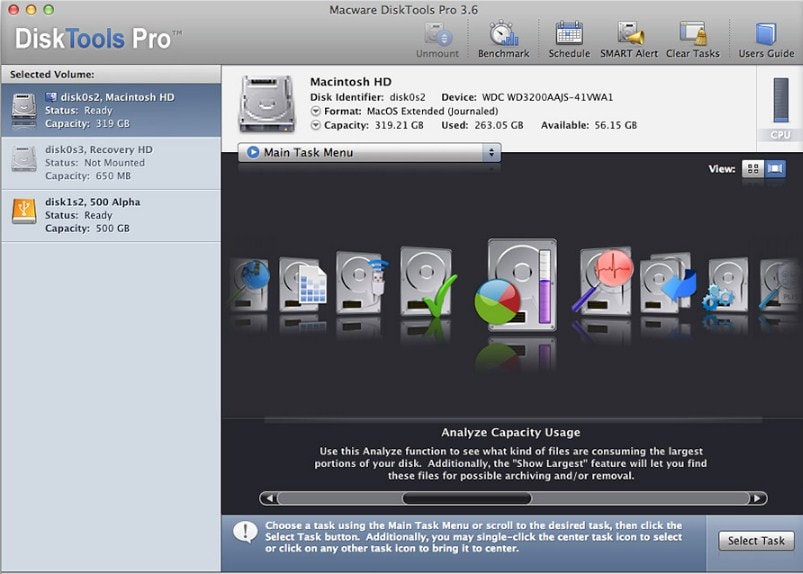 There are lots of other tools too which can help you to defrag Mac as quickly as possible so you don't have to compromise with your work.

Part 3. Some Facts About Defragging Mac

If you are experiencing performance issues with your Mac and you are considering defragging Mac, then you should know a few facts about it. Here, we are giving you proper knowledge and facts to begin:

If your Mac has performance issues, then instead of using defrag tools for Mac you can try out the alternative ways. Here are some methods that would optimize Mac and make sure that is works efficiently.

The latest update will provide stability, better performance, and security to your Mac. It will not only update the installed software but optimize the system to work in an improved way without a Mac defragging software.

Once the software is fully updated, make sure that the applications are updated too.

By deleting the files which are big and useless, you can improve the performance of your system. This way you don't have to worry about defragging Mac drive. Follow the steps below to delete extra files.

Another way to eliminate the performance issue and avoiding defragmentation on Mac is by booting the system in Safe Mode. This way, no additional application will run automatically and it will erase the cache files too.

Safe mode will erase the cache or directory issue as you start up and you'll have enough space left on your Mac. To exit the safe mode, you only have to restart Mac without pressing any additional key.

As you clean up the Mac, the need for Mac OS defrag will decrease and the system will start running smoothly. It is likely that your system will work fine now. But here are some additional tips that will speed up Mac:

So, now when anyone asks you can you defrag a Mac, you know that you can say yes. With every detail you have now, you can easily resolve performance issues with your Mac. And if somehow during cleanup or defragging Mac with third-party tools, the data gets deleted, then Recoverit Data Recovery can help you to retrieve the deleted files. Share the guide with your friends and family to let them know that there are easy ways of keeping up the Mac system.

> Resources > Solve Mac Problems > How to Defrag Mac? Do You Need to Defrag a Mac?