Is your MacBook screen not working or your Mac has been stuck on white/black/gray/green screen? This extensive guide will let you fix Mac screen error of every kind.

"My Mac is frozen on the startup screen and isn't responding to any command. How to fix the MacBook Pro screen issue without causing any unwanted damage?"

If a similar query about Mac's screen malfunction has brought you here, then this would probably be the last guide that you will read. It doesn't matter if your Mac has got a white, black, gray, or green screen of death – there is an ideal solution to every issue. Instead of spending a huge chunk of money by going to a technician, take a step back, and try to fix the Mac screen on your own. In this guide, we will tell you how to fix the MacBook frozen screen issue in every possible way. 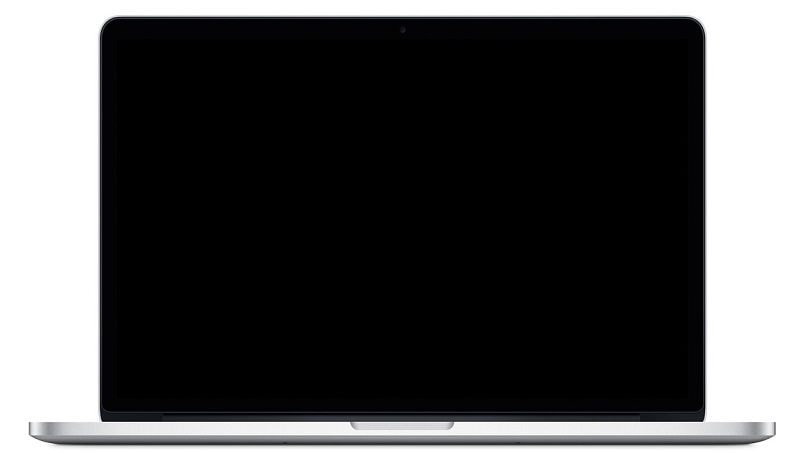 It doesn't matter if your Mac is stuck on the loading screen or whether it has got a white screen of death – some solutions seem to fix Mac screen frozen issues of all kinds. Before we discuss various issues and solutions individually, let's quickly consider some recommended solutions, suggested by the leading experts.

As surprising as it might sound, this is the easiest fix to a Mac screen frozen issue. If you are using a third-party peripheral device (like a Bluetooth speaker or mic), then it can tamper with the booting of the system at times. Simply remove all the peripheral devices and only connect a mouse and keyboard to your desktop (genuine Apple products). Once it is done, try to restart Mac and check if it boots normally or not.

If your Mac is stuck on the loading screen or has got a white/black/gray screen of death, then you can consider turning it off. If there was a minor issue with the firmware, then a forceful restart would fix it. This will reset the present power cycle of the system and let you get back full control of it.

If there is a problem related to a certain process or application in your Mac, then you should consider booting it in the safe mode. This will restart your system without any unwanted third-party or network process running in the background. Furthermore, it will help you diagnose the reasons behind Mac Pro frozen screen as well.

PRAM, which stands for Parameter Random Access Memory, is one of the major components in Mac. Apart from handing other vital system processes, it is also responsible for Mac's booting too. Therefore, if you have got a black, white, or gray screen on Mac, then you should consider resetting its PRAM first.

Most of the time, an issue like Mac stuck on a login screen usually happens due to a corrupt or malfunctioning disk. Since Mac lets us repair a disk on its own, you can take the assistance of Disk Utility to do the same. Here's how you can fix Mac black/white/green screen by repairing its startup disk. 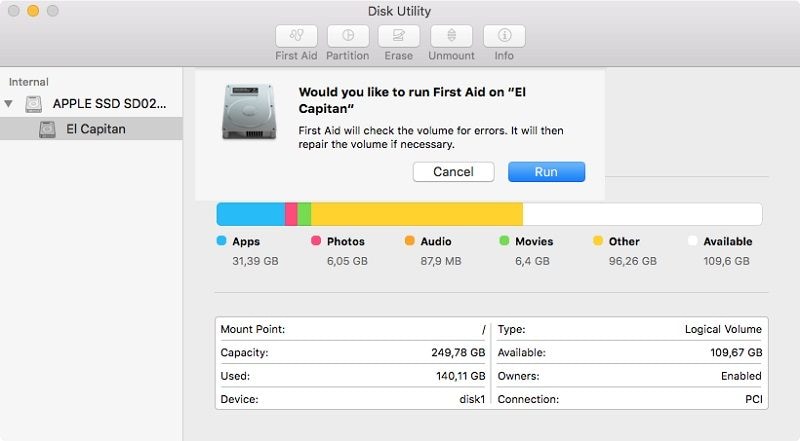 If you are lucky, then you would be able to fix the Mac screen frozen by following the above-listed general suggestions. Though, there are times when we need to look for specific fixes for issues like Mac white screen. The situation happens mostly while booting when instead of loading the firmware, the system displays a plain white screen on the monitor. Let's get to know about the major causes of Mac being stuck on a white screen with proven ways to fix it.

If you want, you can simply boot Mac in a Verbose Mode. This will let you diagnose the problem with your system so that you can subsequently fix it. It is similar to a single-user terminal mode in Mac, but with detailed options. Here's how you can fix MacBook white screen by booting it in Verbose Mode.

A wrongful booting can also be the reason for getting a situation like Mac stuck on a white screen. To fix this, you can launch the Startup Manager and manually select the startup disk on Mac. You can also take its assistance to boot Mac from an external media. Furthermore, if you have more than one operating system installed, then this will help you fix the Mac white screen in this situation as well.

Part 3. How to Format MacBook Completely?

Apart from getting a Mac white screen, some users also complain of having a gray screen during the startup as well. Mostly, the display changes from blue to gray and halts the processing of the system. Also, the problem is more common in notebooks with a Retina Display.

If you have a notebook with a removable battery, then this is the first thing that you should do. A lot of times, we get a MacBook Pro grey screen due to battery-related issues. Simply turn off the system once and wait for a while. Now, remove the battery and attach it back again after waiting for a few seconds. Turn on the Mac once you have inserted the battery correctly. 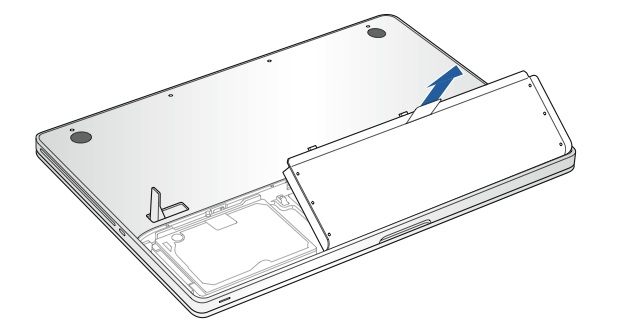 This is another smart solution to fix the MacBook Pro grey screen of death. We can boot Mac in a single-mode by using the correct key combinations. This would launch a Terminal window for single-user access. Later, you can use the right commands to check the disk and resolve the MacBook grey screen problem.

While the MacBook Pro green screen situation is not as common as the white or gray screen problem, it can occur unexpectedly. Mostly, users get the green screen on Mac due to a hardware related problem. Though, some firmware or bootloader glitch can also result in the same.

If the startup disk of your Mac has been stuck with too much data, then it can make your system's screen green. To fix this, you can first boot your Mac in the safe mode and later get rid of its trash, cache, and other unwanted data. 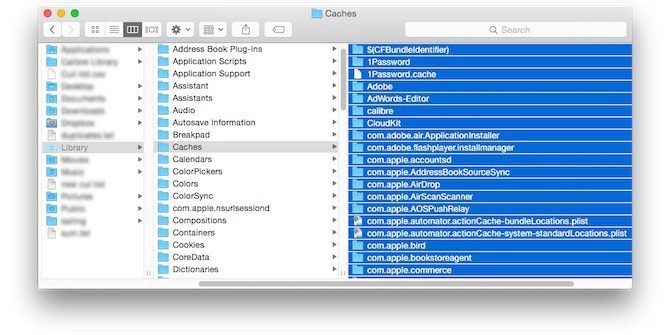 Faulty hardware could be one of the major reasons for causing the Mac green screen of death. The good thing is that Apple allows us to run a thorough hardware test to resolve unwanted issues like this.

Part 5. How to Format HDD on Mac

Ideally, hard drives can either be of two types – HDD (Hard Disk Drives) or SDD (Solid State Drives). With the advancement in time, most of the systems use HDD these days. Since Mac also supports HDD, you can easily take its assistance to format a hard drive as well. Once you have erased the existing data, you can get rid of its partitions as well to completely wipe it. Here's how to reformat Mac HDD without using a third-party tool.

If your system is running on an outdated, bad, or corrupt macOS version, then it can lead to issues like the Mac black screen of death. The easiest way to fix the Mac screen would be booting your system in Recovery Mode and installing an updated version of macOS in it.

The System Management Controller is a specially designed chip in Mac computers, which is responsible for a wide range of activities. It can communicate with other devices, do battery management, and is even responsible for macOS booting. Therefore, if Mac's screen has been stuck, then you can try to reset SMC on it.

For MacBooks (with removable battery)

For MacBooks with the T2 Chip

Part 6. How to Perform Mac Data Recovery After Format

When we turn on a Mac, it first displays a macOS loading screen. Though, there are times, when Mac gets stuck on the loading screen and doesn't seem to respond at all. If your Mac screen is also frozen, then consider the listed suggestions to fix it.

This is one of the best features of macOS that lets us get help online to fix issues like Mac stuck on the loading screen. All you need to do is boot your Mac in the recovery mode and start the internet recovery process. 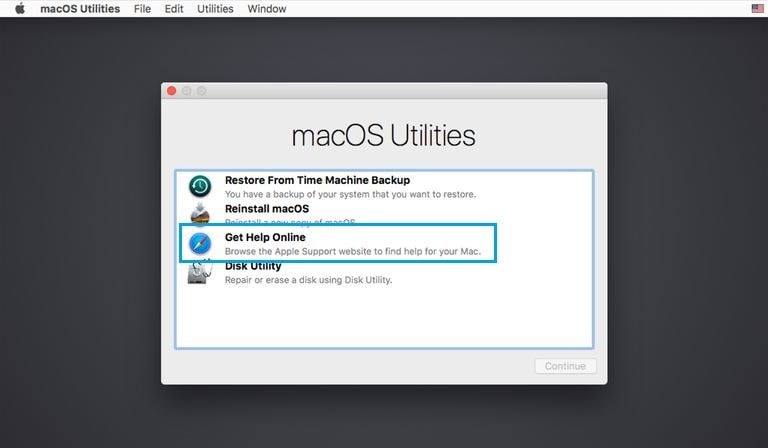 If you want, you can also check the file system on Mac using Terminal. This will further diagnose the issue and can even fix it as well. Since you can't access Terminal the usual way, you need to boot Mac in the Recovery Mode first.

Part 7. How to Recover Data from Crashed Mac

If you are getting white, black, green, or gray screen of death on your Mac, then you might end up losing your important files. If this is the case, then you should consider using Recoverit Data Recovery on Mac. An extremely popular data recovery application, it has recently released its new update, Recoverit 8.0. With it, you can get back all kinds of lost and inaccessible data on your Mac in no time. The basic version of the tool is available for free, which comes with a data limitation. If you want to recover unlimited data, then you can just upgrade to its pro or ultimate version.

Since the tool is extremely easy to use, you don't need any prior technical experience to make the most of it. All you need to do is follow these basic steps:

Once your Mac starts in the normal mode, install and launch Recoverit Data Recovery on it. Firstly, you need to pick a location to scan from its home. You can pick the entire disk or any drive/partition of your choice.

Click on the "Start" button and wait for a while as the application will extract all the vital content from your Mac that you have lost. Try not to close the application in between to get the best results.

When the process is successfully completed, the application will notify you. Now, you can preview the extracted content on its own interface like photos, videos, documents, etc. All you got to do is select the files you wish to save and click on the "Recover" button in the end.

That's a wrap, folks! I'm sure that after reading this extensive guide, you would be able to fix your Mac screen from all kinds of issues. The post has included general as well as specific fixes for issues like Mac white, green, black, and gray screen of death. Furthermore, you can take the assistance of a recovery tool like Recoverit 8.0 to get back all types of deleted and lost data on your Mac. It is a freely available data recovery application that is known for its high recovery rate. Apart from Mac, you can also use it on Windows or to perform data recovery on an external device as well.