When looking to store data for a long time, you need to consider the benefits of magnetic storage vs optical storage. The main difference between the magnetic disk and optical disk storage is how they read and store data, but they’re both secondary storage devices.

We’re relying more and more on computers for everyday tasks, but with the move online, how do you make sure your files are protected? Don’t worry if you have no clue where to start; we’ve created this article to help you understand the benefits of each option.

You need a secondary storage device to keep data long term; all your data would get lost without one (that includes your photos, music, and programs). That’s all well and good, but which device is best? You need to understand and compare the data storage mechanism in magnetic and optical disk storage to find out.

There’s a lot to learn about magnetic and optical media, so get comfortable and let us explain to you what the two different storage options are. Don’t forget to read our pros and cons comparison to find out which option suits your needs!

Everything about Magnetic Storage and Optical Storage

You’ve probably come across a magnetic disk in your day-to-day life! Magnetic disks contain rotating platters, coated with a magnetic surface, and utilizes an extension that moves over the data to read and write information. Perhaps, the name says it all. It is a disk that uses a magnetization process to write, read, and access data.

Moreover, the device is hermetically sealed, leaving the head to float on a film of air. And the current from the head magnetizes the spots to sort and store the data, ordered in tracks, sectors, and spots. That’s one cool piece a technology! Well, a logical example of a magnetic disk is external hard drives and old fashioned floppy disks. But; we don’t tend to see the old-fashioned floppy disk around as much these days! 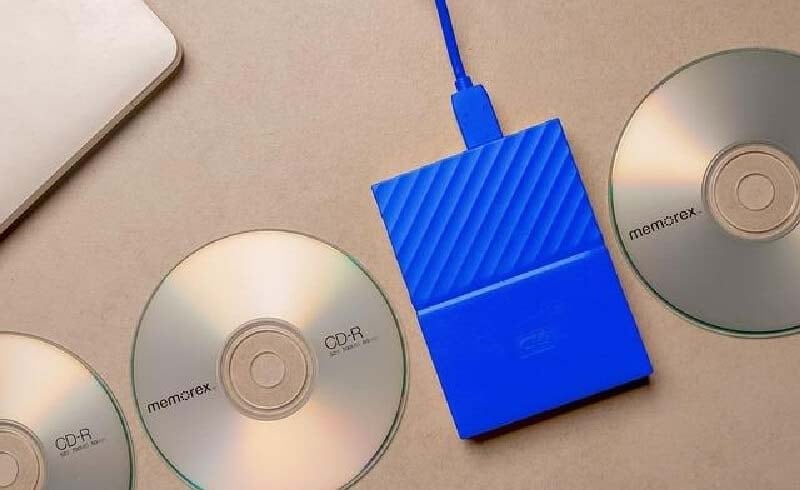 Learn how to transfer data to the external magnetic hard drive.

On the other hand, an optical disk uses light energy to read and write files (hence, the name optical). It’s made-up of a set of different layers. These usually are a polycarbonate substrate, a dye recording layer, a reflective gold layer, and a UV layer.

An optical disc works with laser beams (transmitted from a laser head mounted on an optical disk drive) to read and write data, and a laser light is central to the spinning disks. The data is arranged in a spiral compared to the circular structure of a magnetic disc. 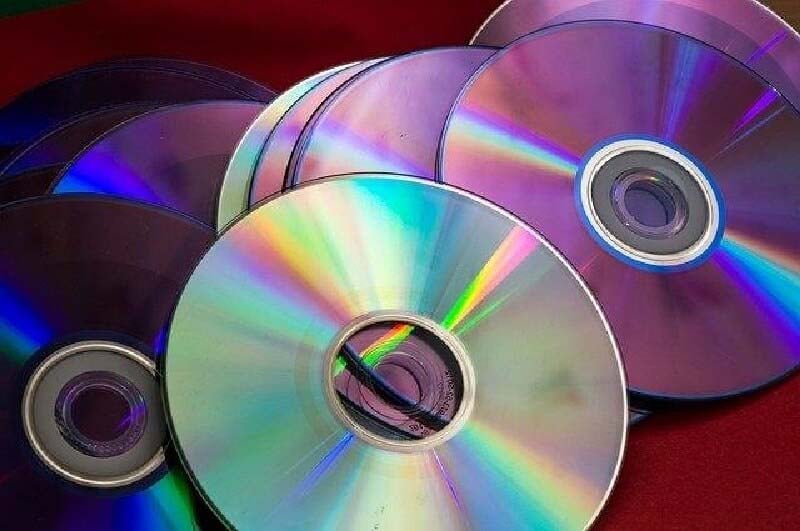 You’ve probably used a lot of optical disks in the form of CDs, DVDs, and Blue-ray disks. You can write files and access them at a later date (but that’s the part you probably already know). Although, we’re seeing a decline in them with the rise of USB sticks!

Magnetic storage vs optical storage; which one is better? Now, you’ve learned what each disk is; it’s time to compare the two. Read our comparison of pros and cons to find out which storage option is ultimately better. (You might be surprised!)

Magnetic disks are better for random data access. Random data access is a type of file access that can be made without reading through all the data. That’s a big benefit if you need to access file frequency. The removable nature of optical disks makes this feature a lot slower. The process is quick in magnetic disks; around 300MBps, so it’s pretty fast.

Magnetic disks have high data storage, hard drives normally have anywhere between 200 GB and 1 TB of storage. Most CDs only have 700MB of storage, so that’s a massive difference! If you want to store a lot of data in one place, then choose a magnetic disk. It’s more convenient than having tons of disks lying around.

Most CDs are single-use, so when you’ve written data to them once, you can’t do it again. They’re great for storing a one-time project, but if you need to keep adding new files, they’re not a great choice. With magnetic disks, you can constantly change data and read/write files. We’re sorry for optimal storage, but magnetic wins this round!

Both magnetic and optical storage are pretty secure. Although, removable magnetic storage is better than internal, as it can’t be hacked and you don’t have to worry about all your data being stored in one computer. However, remember that CDs can get scratched easily, causing you to lose data!

Magnetic storage can break over time too, so make sure everything is backed-up. AOMEI Backupper can help you protect your files with restore, clone, and back-up features. That’ll help with any system crashes. They have different options to suit your needs, and you can even try out a free trial.

If you’ve ever had to replace your computer hard drive, you’ll know that it can be an expensive task, or at least it costs a lot more than buying a CD to burn a couple of photographs. Overall, the cost per storage unit is cheaper for optional storage. But, it’s not a sensible option if you have a lot of files.

One big benefit of optical storage is a high sampling rate and better S/N ratio. This makes it better at copying sounds and images authentically. The sound quality will be a lot better than magnetic storage. Blue-ray is one of the best choices for sound quality, for optical media, but remember you’ll have to have a special Blu-ray player for the disk to work.

Now you’ve read our pros and cons for magnetic vs optical storage; it’s time to see the difference in our comparison table. Pay attention to the features of each storage option, so you know exactly what they do.

Magnetic storage has just topped it on pros and cons, but it really comes down to what you’ll be using the disk for. Just remember, magnetic is better for storing files, and optical is better for music and film.

After reading our article, you now know the difference between the magnetic disk and optical disk storage. We hope you’ve paid attention to the pros and cons, so you know which one is best!

Magnetic disks are replacing optical storage. Technology is developing, and some newer devices can no longer read CDs and DVDs. The rise in online streaming services is helping this process along.

Blu-ray discs were an attempt to upgrade optical media, but it didn’t become popular with the general public. We still use - the somewhat outdated - DVD and CD storage to store both visual and audio media. It comes in handy for car journeys and is a good storage option for media when you’re not connected to the internet.