These disk image files are not any physical disks but, they are logical hard drives. So you have to mount disc image files if you want to recognize them.

You mount disc image files due to the following reasons:

In this article, we will discuss about the effective ways of sik image mounter.

If it does not work properly, click on “Disk Image Tools” on the ribbon and tap on “Mount” option. You can also see this feature on Windows 8 and 8.1. 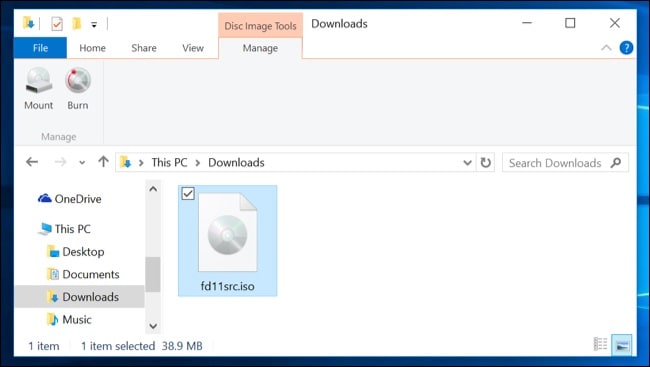 If you want to mount IMG or ISO images in other formats like BIN/CUE, MDS/MDF, NRG, or CCD, use the open-source WinCDEmu utility.

To do so, once you install the image file, right-click on it. Now, click on the “Select drive letter & mount” option. By this, you will be able to mount other types of images that Windows doesn’t support. 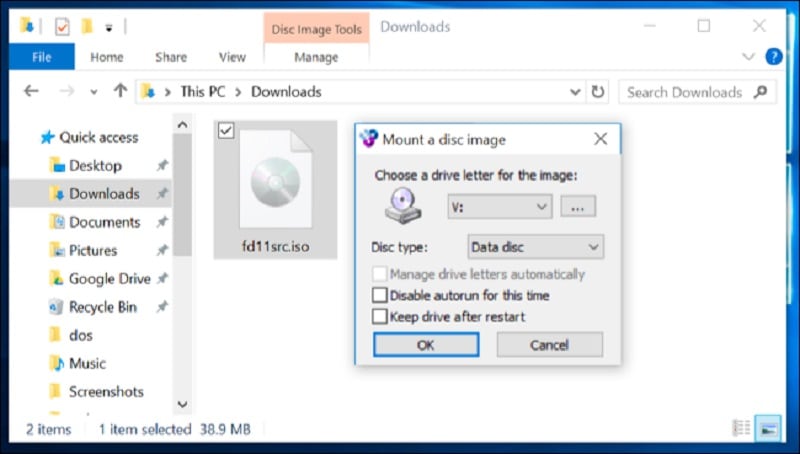 On a Mac, if you double-click on standard disc image formats, you will be able to mount them. Therefore, download the . DMG file. Double click on it to access it and install it on Mac applications.

The DiskImageMounter application can mount different images files such as .IMG, .ISO, .CDR, etc.You just have to double-click on the file to mount it. If it can not mount properly, the following are two other methods to mount disc image files”:

Method 1: Select any disk image file and right-click on it. Now point to the “Open With” option and tap on “DiskImageMounter.” 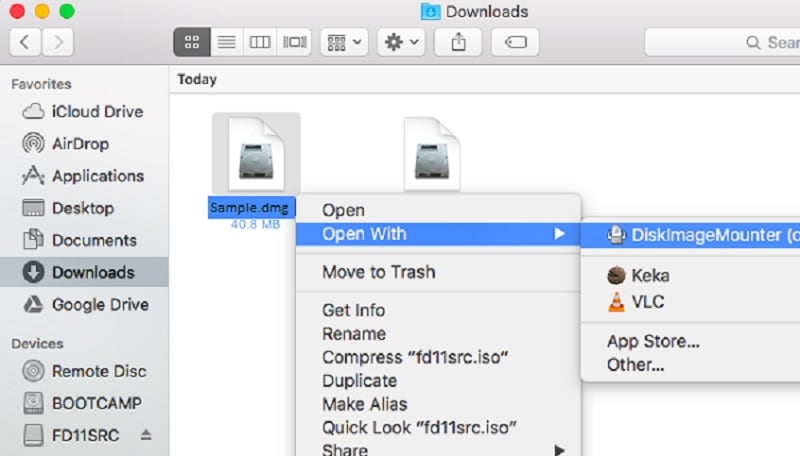 Now Tap on the “File” menu, choose “Open Disk Image,” and whichever disk image you want to mount, select it.

To unmount the disk image file, go to the Finder’s sidebar. Then, click on the “Eject” button. 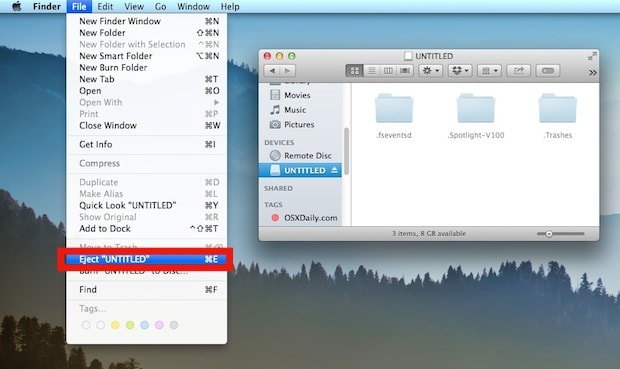 Here are the ways of disk image mounter for Linux:

Method 1: Linux’s Unity desktop and GNOME have an “Archive Mounter” application. It can help you to mount ISO files and similar disk image files graphically.

To use it, select any disk image file and right-click on it.

Now, go to “Open With” and select the “Disk image mounter” option. 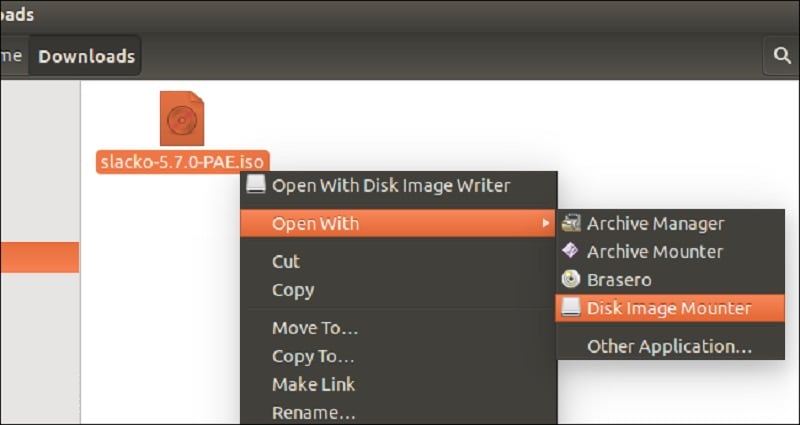 To unmount the disk image, click on the “Eject” icon in the sidebar. 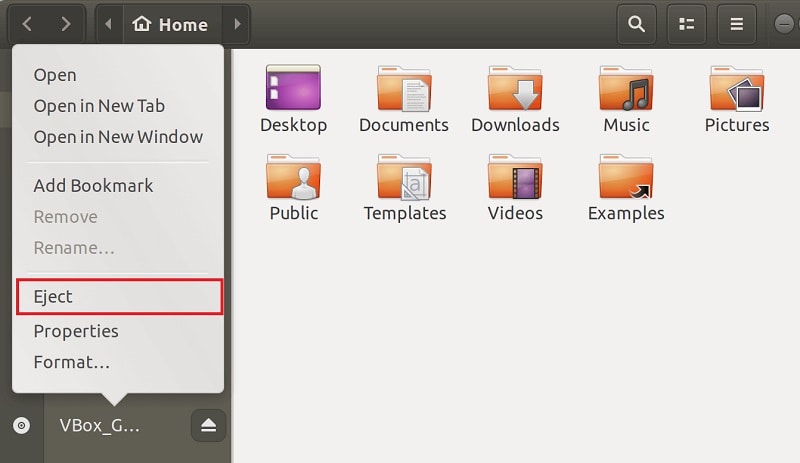 Method 2: You can also mount the disc image file with a Linux terminal command. It is helpful if you use the command line or your Linux desktop doesn’t provide any tool.

Later you can access the contents of the disk image at this location.

Next, to mount the disk image, type the command:

Later, to unmount the disc image, use the umount command: “sudoumount /mnt/image”

If you want to mount a more obscure disc image format that the above commands can not detect. Use specifically designed tools.

Part 4: What if Disk Mounter Can't be Opened?

Some of the scenarios that will trigger this problem on Mac computers are: 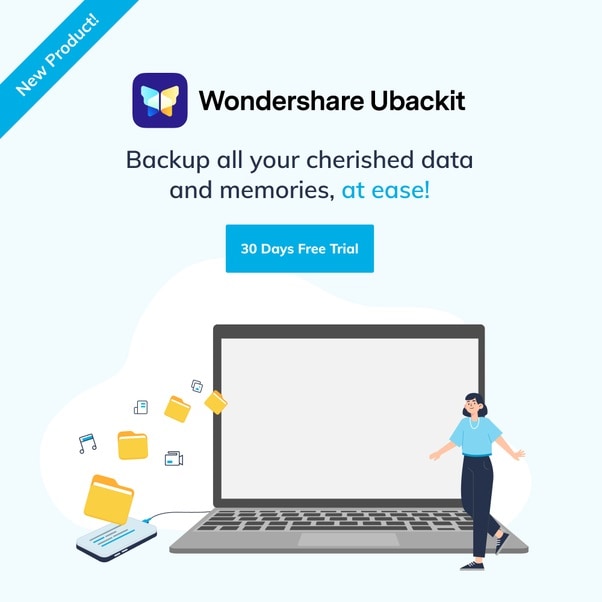 Solutions to the Above Mentioned Problems

If the dmg file is corrupt or downloaded incorrectly, then download the same file again. It will ensure that there is no download problem.

In addition, download the dmg file again, keeping the download assistant plug-ins off. You can also try to download the file in other browsers or use the Terminal.

Step 1:Click on the Magnifying glass at the right top corner or press “Command + Space.”

Step 2:Look for Terminal, Then, Enter

· Mount it from Command Line

If“hdiutil attach disk.dmg” does not work correctly, it creates a problem opening disk mounter. Then, try the commands below:

Step 1:Press on the “Command + Space” buttons. Click on the magnifying glass on your screen

Step 2: Look for “Terminal.” Now Enter to open it

Step 3: You can create the device node by typing the following command: “hdiutil attach –noverify –nomountdisk.dmg”

To check if your system is using APFS or HFS, follow the steps below:

Step 1:Press on “Command + Space.” Now, click on the magnifying glass at the top right.

Step 4: Check the “Type (Bundle)”. It will display whether you are running APFSorHFS.

If none of the above methods have resolved your problem, use Wondershare UBackit. It is a third-party tool that can help you scan the repositories to find and replace corrupt or missing files. It is a fast and reliable way to disk image as well.

Now, you know what a disk image mounter and have learned the various reasons to mount disk image files.