Most of the computer users may have experienced this error message turning on a laptop or a desktop. It's a boot failure. Sometimes a failed CMOS battery may give rise to this problem. You need to resetting or replacing the battery, and then the problem will be solved. So check this at first, and make sure that there is no floppy disk, CD, DVD, or USB connecting to your computer. If it doesn't help, your MBR may be corrupted, and you need to do a system repair with a system disk, or this disk boot failure problem will always exist.

Just as the message mentioned, you need a system disk to fix this disk boot failure issue if you don't have a Windows OS disk. You can use Wondershare LiveBoot 2012, a bootable system disk that can help you fix this problem completely, and also remain your system without any data loss.

Now, let's use the program to fix your issue.

You'll get an interface as follow when you run Wondershare LiveBoot on your PC. Insert a blank USB drive or CD/DVD that you've prepared into the computer and click "Burn CD Now!" or "Burn USB Now", and that's all. The left work will be automatically finished by the program itself. What you need to know is if no burner is installed on your PC, you can also burn with a USB drive. It's very easy. 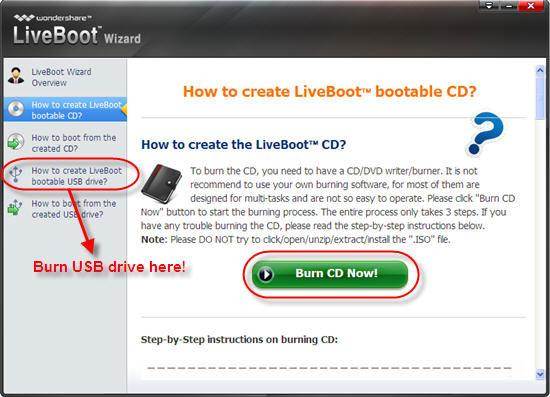 Step2. Boot your computer from LiveBoot

Insert LiveBoot CD/USB to your computer, and reboot your computer. When the computer runs, press F12 to get into the Device Boot Menu. Select the USB CD-ROM Drive option to enter. Then you'll get the interface as follow, and choose to boot your computer from LiveBoot. Wondershare LiveBoot 2012 integrates with Microsoft WinPE 3.0 technology, and it's compatible with all Windows systems and computers. 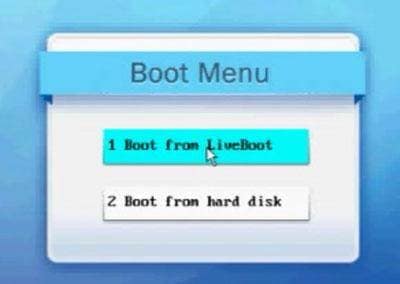 When the Windows begins, launch Wondershare LiveBoot, and turn to "Windows Recovery". Then choose "Boot Crash Solution" to fix your disk boot failure problem. In the description of symptoms, your problem belongs to "Type A error messages": Hard Disk Boot Failure. According to the solution, you can take the method 1 to repair your MBR or Boot Files to get your issue done. 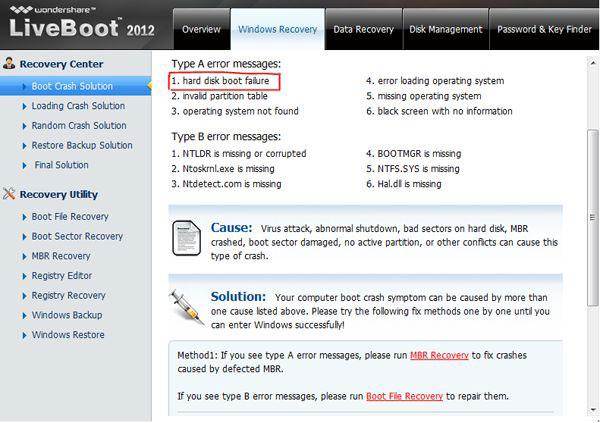 When the process is finished, you can pull out the CD and reboot your computer. Then you'll find the message "Disk Boot Failure, Insert System Disk & Press Enter" has gone and your hard disk works properly now.

You can easily fix this failure if you have a Windows OS disk too.

Attach the disk with your computer and boot it, then you need to select "Repair Your Computer" below the "Install Now" button, then you can easily fix the issue by following instructions on the screen.

Additionally, this LiveBoot CD/USB also can help to solve other computer problems, such as blue screen, black screen, and boot file missing or corrupted, etc. Any imaginable computer crash can be rapidly fixed by it.

Besides, if you are worried about losing important files on your computer, Wondershare LiveBoot CD/USB can easily recover data from the disk failure computer.

Sometimes, important files get lost when your disk fails to boot, and it`s also possible that some files/data on pc are accidentally deleted or formatted during the process of fixing this issue, under these circumstances, you`ll probably need a powerful Computer data recovery tool to get both your OS and your files on the PC back to normal. 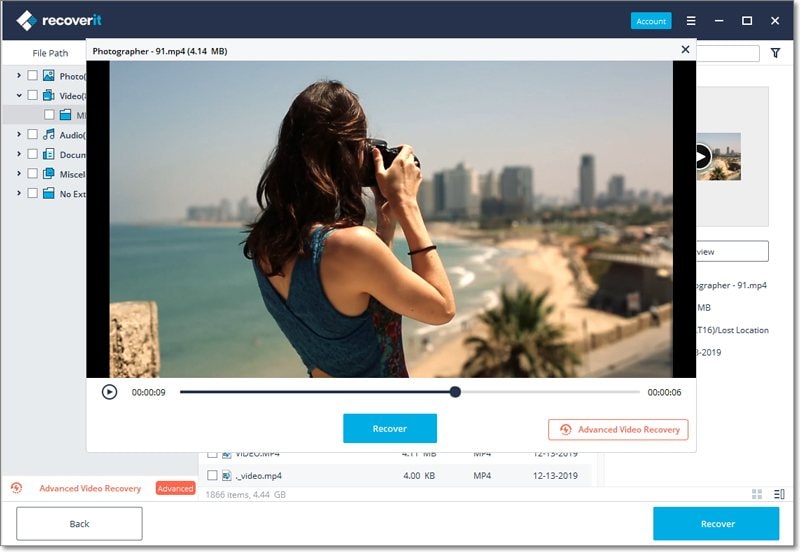