Whether it is a digital camera, smartphone, tablet, or any other electronic gadget, you will find two standard memory cards in them. Here, we will check the similarities and differences between tf card and sd card.

Q: What is the difference between tf card and sd card?
"Hey, guys, how many of you can distinguish between the TF and SD cards. I know both these cards are useful. But I want to select only one of them. What are the main differences between TF and SD cards?"

The 21st century. It is the golden age of the smartphone, computers, MP3 players, and other cute little mobile devices. Our lives are now packed inside these small devices, reducing important moments and information into strings of bits for storage either in their internal or external memory.

TF Cards or TransFlash cards are a bit large rectangular cards mostly used in large-sized digital cameras and SLRs. SanDisk uses this name mainly for its micro-secure memory cards. So, considering its size, the TF card is the tiniest memory card available to this date. 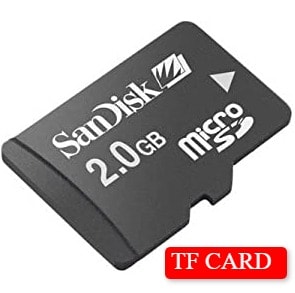 This card is relatively small but offers a lot of features to users. Portable nature is one of its features. SanDisk company launched this tiny card back in 2004. Now, we find this card in a variety of electronic devices.

Click the link to know How to Format a TF Card.

An SD Memory Card aka an SD Card is a type of memory card mostly used in mobile devices as additional storage. An SD card is a bit smaller than a Compact Flash Memory. Usually, it has a cut on one end and a tab on the side to protect data when the card is damaged. 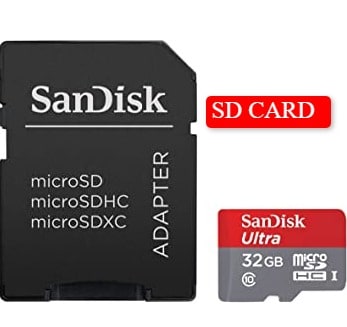 SD cards are the most used type of memory card in small mobile devices. That's because they are broadly supported by their manufacturers guaranteeing technical help if something goes wrong.

When it comes to SD Memory Cards, you have the option between a MiniSD card and a MicroSD card. A lot of people often confuse between an SD card and a TF card though. And while it is true that the TF card is the micro version of the SD card, these two are not the same. Both of them differ greatly when it comes to read/write speed, size, storage capacity, application, and price.

Part 3. What Are the Notable Differences Between TF Card and SD Card?

You will find the name of SD cards according to their capacity standards. So, you can see your SD card named in the following manner:

TransFlash/microSD cards, on the other hand, have either of the following names plus a label of the maximum storage size:

See, each of these cards has a unique identity that it is hard to confuse one with the other.

SD Card - As mentioned already, the SD memory card is a type of memory card mostly used in small mobile devices. SD cards were first popularized by digital camera manufacturers in the late '90s then going by the name MultiMedia cards. After a collaboration between Toshiba, Sony, and SanDisk through an improved version of the MultiMedia cards based on semi-conductor flash memory was introduced on the market in 1999.

The MiniSD card form was launched in 2003. It packed the same capability as the fuller SD card but in a smaller card. But still, the MiniSD card wasn't small enough for all mobile phones. So, SanDisk introduced the microSD. SanDisk called this new SD card the TransFlash.

The TransFlash Card - On the other hand, a TransFlash is a micro-version of the SD card. It is the world's smallest secure digital storage device introduced into the market by SanDisk technologies in 2004.

It was initially named the T-Flash or just TF in short. The first versions of the TransFlash were only available in 32, 64, and 128MB storage capacities. But, after the establishment of microSD standards, storage over 2GB became possible. Now the max Trans-Flash officially goes by the name microSD. Besides, it has a 128GB max storage capacity.

Again, it is effortless to tell them apart. The memory card inside your smartphone is not an SD card but a microSD/TF card because it is of the standard 15mm x 11mm x 1mm. But why do you keep referring to it as an SD card? Please, use the correct name for the right item.

A closer look at the SD card and the microSD/TF card reveals different rib structures. Both the SD Card and the microSD card use ribs to protect the metal contacts of the cards from scratches or damage by static charges.

An SD card has a protection switch while a microSD/TF card does not. This switch doesn't allow manual access to keep the user's data safe from erasures or modifications by other users. Slide the lock to keep users from accessing your data.

SD card technology has also improved in terms of read/write speed while TF technology has not. Thus, SD cards seem to be superior when it comes to speed and data security.

For TF cards, you can use a full-size adapter to write-protect your data.

The SD card is a Secure Digital storage device based on semi-conductor flash technology. The TF card, on the other hand, is defined as the world's smallest flash memory based on NAND flash memory.

While you can interchange between a microSD card and a TF card because they are based on the same technology, you cannot use an SD card on a mobile device made for TF cards.

But you can use a TF card on a mobile device that allows for SD connection if you have the right adapter.

The TF/microSD card is the smallest flash memory card there is. It's widely used in mobile devices, GPT devices, drones, and other digital devices requiring microSD card forms.

Likewise, the SD card is a bit larger and used mostly in larger devices requiring extra storage capacity. These include digital cameras, baby cams, and game consoles, among others.

You can buy TF and SD cards online or from many local shops stocking memory cards and other digital electronic devices. Expect to pay more for an SD card than a TF card of the same capacity. One primary reason for lower TF prices is because they are in high demand while the SD slots are almost disappearing in new digital devices. Also, the SD card gives better performance, so it is priced a bit higher.

Which one should you choose?

It is simple; SD cards have more significant storage so suitable for cameras because you can capture bigger images. If you are going to photograph or save data without access to your computer for backup, get an SD card because it can store more data. Besides, SD cards are also fast but expensive comparatively.

TF cards can't store bigger images and are also a bit slower. But if your camera records at four fps, speed is not an issue so the TF card should work just fine. The advantage is it fills up quickly forcing you to back up your data, so you won't lose much of it if you lose or damage the TF card.

What if you lose data from a corrupted SD card or TF card?

Some photographers may have encountered the situation when their SD card got corrupted. It is a disaster because the photos and images stored in the SD or TF card cannot be saved seemingly. In a tough situation, it's recommended that you use Wondershare Recoverit to recover your lost photos or images. You can get it back in three simple steps. Its strong function allows you to preview before recovery, filter during scanning. In addition, you can use it to get your corrupted video fixed. Download it to begin your photo recovery tour.

See, there's no mistaking an SD card with a TF/MicroSD; you can even quickly tell them apart by their names, let alone their technologies, prices, capacity etc. But for all their differences, however, both the SD cards and the TF cards are memory cards.

Experts also say that you should use the card with the most prominent manufacturer support if you want quick help in case of issues.