What Is A Solid State Drive? 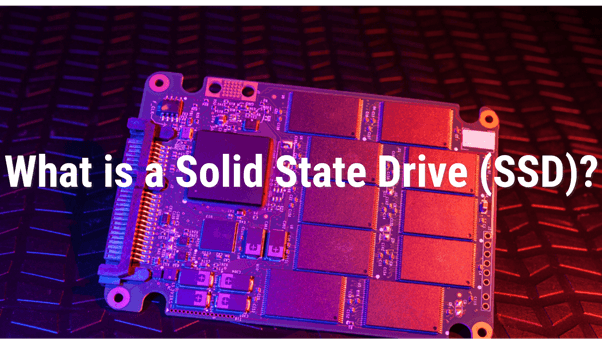 The specific significance and purpose of SSD are unknown to many individuals. IT experts are well familiar with it due to its many applications. Simply reading the following information on solid-state drives can help you better understand them and recognize their unmatched supremacy over any other data-storage technology. You'll be on the correct route if you want to learn more about SSD and its many benefits.

The SSD is different from RAM since it is made of flash memory rather than unstable memory, giving rise to "solid-state memory." When you power off your computer, the memory (RAM) is cleared, so it starts free and clear when you turn it on again. Like a hard disk, an SSD saves and stores the data you put on it forever. It could be anything from an operating system to a word document. 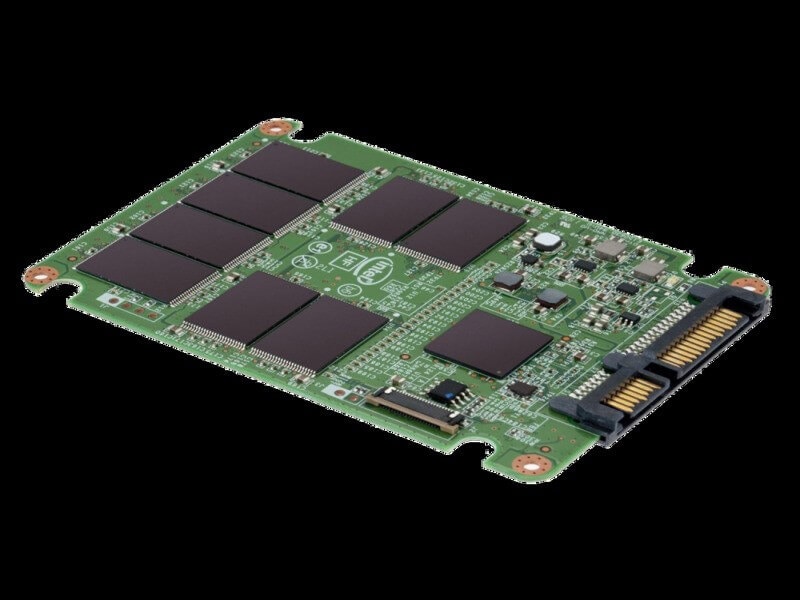 Do you have any questions about how a solid-state drive works? SSD is similar to hard disks; however, they use different technology. SSD, like USB drives, store data in flash memory that can be accessed digitally. A storage device (Disk) uses a revolving platter and an arm that glides across the platter to read each data section. As a result of not seeking data on a spinning platter mechanically, SSDs deliver near-instant boot and load times.

A solid-state drive (SSD) is a memory device that permanently maintains data. When you connect an SSD to a computer, the machine's transfer speed improves significantly, and you may instantly transfer data from one computer to another.

What does an SSD do? Solid-state drives (SSDs) use a different technology than traditional hard drives, allowing them to retrieve data faster and improve your computer's speed. SSDs or HDDs work with your system's memory and processor to access and use data. Your operating system, games, graphics, and music are examples of this data.

After turning it on, you'll be able to get to work in a matter of seconds. The SSD is also 5 times faster than other gadgets.

With the features of SSDs, you can get whatever application you want. They're also 2x faster than HDDs when it comes to filing creation.

SSD uses less energy than other gadgets. They can also extend battery life by 30 minutes on average.

SSD can run multiple apps simultaneously. It means that you can edit photos and play games at the same time. In addition, we were able to locate maps without difficulty.

If you need to do your tasks quickly, you may take these SSDs everywhere. In addition, you may use them in various situations because they can withstand vibration, temperature, and stress.

SSDs are more durable in severe and stressful environments than hard disk drives. They're also less noisy and lighter than other gadgets.

There are various varieties of SSDs on the market. These SSDs are useful for a range of tasks and come in a variety of storage capacities. 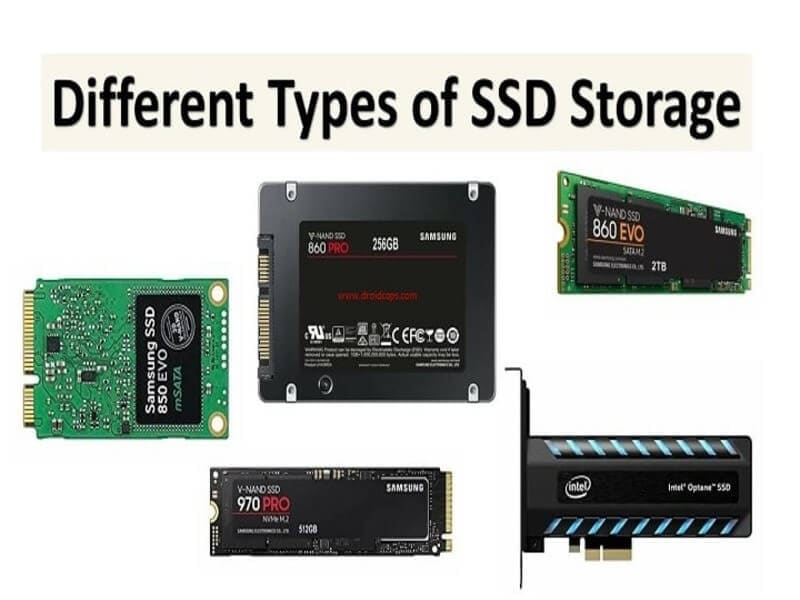 SATA SSD is equal to a laptop's hard drive, which uses the same SATA connector as a hard disk. It is the most basic form element of an SSD, as evidenced by the fact that this kind of SSD was first introduced to the market and continues to function. These SSDs are compatible with every PC on the market today. 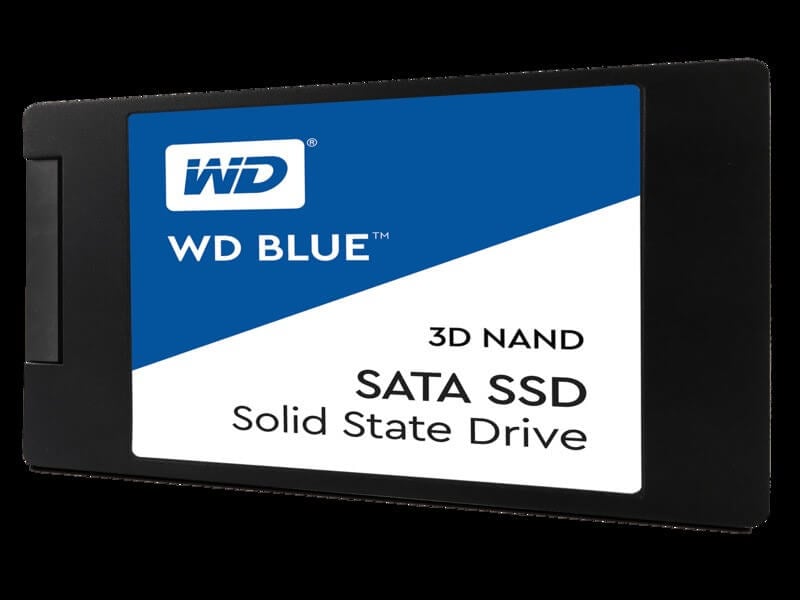 In terms of connection and form factor, MTS-SSD Disks are different from simple SATA SSDs. MTS-SSD Disk is highly compact in size and very distinct in appearance from general SSDs. It is fantastic in terms of current RAM sticks and connectivity and is also used in every PC. SSDs are commonly used in laptops. However, it is not possible; to use an SSD, your PC must have a SATA port.

SSHD comprises both a Solid State Drive and a Hard Disk. SSHD cannot be considered a true SSD. It combines hard disk and SSD memory since it has some SSD storage and some hard disk memory. Most of the laptops use SSHD disks in today's market.

Modern SSDs offer astronomically high throughput. Even moderate and relatively inexpensive SSDs outperform traditional hard disks. The SSD drive, rather than the predecessor, is installed by default and can greatly speed up downloads and reduce program and game starting times.

Clicks and clatter frequently accompany the work of the traditional HDD. On the other hand, the SSD drives are silent because they do not include moving parts.

SSD drives are far more reliable than traditional HDDs, which are highly prone to stress and vibration due to their lack of moving parts.

When compared to HDDs, the expense of SSDs is astronomical. You may get two traditional 1.5 TB HDDs for the price of one SSD with 64 GB storage.

Part 6. When Would You Need An SSD?

Because of its high velocities, high performance, and consistency in file transfer and access times, SSD is a fantastic choice for corporations and organizations that handle and store large amounts of data.

Consider the fields of programming and graphic design. Although visual artists and programmers prefer HDDs because of their significant storage capacities, experts have increasingly turned to SSDs because of their quickness. As a result, they can complete more jobs in less time than HDDs.

Speed is one of the most critical criteria in improving your website's Google position. In the website services sector, speed is a critical issue. If your website takes too long to load, you'll lose money and traffic, and your online business will finally die.

It's no surprise that gaming fans prefer SSDs. SSDs are perfect for gaming because of their speed, durability, and energy efficiency. These days' games are packed with large graphics and animations that might take up to three minutes to load on a hard drive. However, the identical games would start in under a minute with an SSD.

Part 7. How to Recover Data from An SSD?

What if the drive dies when you are using it for business?

SSDs are gaining popularity due to their quick operating rates and capability to start up quickly. Nevertheless, they are prone to damage, much like ordinary hard drives. Because humans trust desktops to store our essential data, the ramifications of an SSD being damaged can be disastrous. In this case, many approaches may be used to recover data from expired SSDs. And Recoverit Data Recovery is one of the best approaches to get your data back.

The Wondershare Recoverit Data Recovery helps you recover data from a PC or laptop.

No worries. Wondershare Recoverit can get back your deleted or lost data within 3 steps. The ultimate and professional data recovery software is totally reliable and 100% safe.

How to Recover Data from A Disk Drive with Wondershare Recoverit?

On your PC, run the Wondershare Recoverit app. To begin recovering data files from an SSD, you must first choose the SSD.

After choosing the solid-state disk, select the "Start" button to begin scanning for lost data and files. The Recoverit software will begin scanning the SSD for missing data. If you still can't discover your files during the first scan, try checking with the "Full Scan" mode, which will look for further resources on the SSD.

After the scan, you may see if you can recover the SSD files. First, view some recovered photographs, select your files, and click "Recover" to save them to your portable hard drive or the other secure storage device.

The below video will show you how to use Recoverit Data Recovery to restore the SSD files:

You should upgrade your normal hard drive to a solid-state drive for faster data access, lower power consumption, and increased durability. In this way, you'll get nothing but a quick, quiet, and ultra-reliable solution for your data storage needs. In addition, solid-state hard drives deliver the endurance and performance quality required for your enterprise, corporate, or IT infrastructure applications.

Though the majority of individuals still use standard hard disk drives, SSDs are becoming increasingly popular as consumers look to improve the performance of their computers.

Preview files before you recover them. No payment required if the files are unrecoverable.