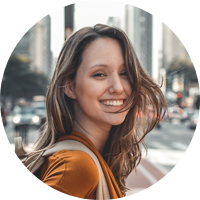 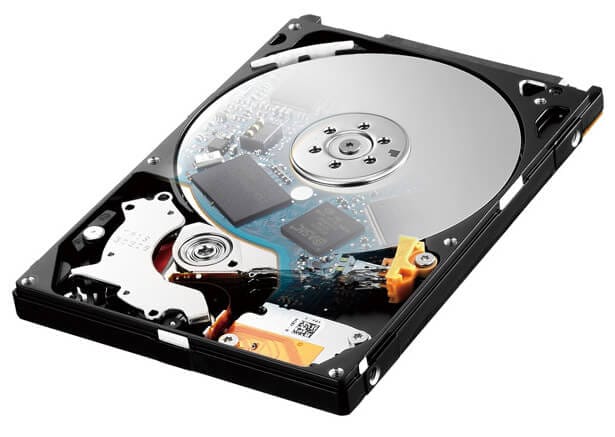 Ever run out of space on your PC or noticed it is lagging. Do you want to improve it by upgrading it? SSHD is a smart choice for a drive upgrade; interestingly, it is a hybrid drive. So what is the hybrid drive? How can I obtain it? In addition, why should I choose it?

SSHD combines SSD (for quick data access) and HDD (for long-term storage at a low cost), which gives users access to premium capacity and performance. The SSD component of the drive houses the frequently used files that require immediate access. In contrast, the HDD houses files that it uses less regularly.

The SSHD driver provides the benefits of high speed and massive storage capacity, making it more reliable to use.

It has fewer rotations and parts that move less.

You can quickly access files and data that you frequently use.

The lifespan of SSHD is longer.

SSHD is inexpensive, which makes it an easy fit into your budget.

If exposed to intense magnetic fields, it is readily damaged (HDD section).

Considering SSHDs are essentially classic hard drives, hybrid models have roughly the same capacity as their magnetic counterparts, ranging from 250 GB to 14 TB in comparison to 120 GB to 4 TB for computer SSDs.

SD cards have two categories: SATA and NVMe. SATA SSDs are attached to the SATA connection on your PC or notebook and are physically comparable to laptop hard drives. Additionally, NVMe is compressed into a significantly smaller space, about the size of a chewing gum stick. As a result, it fits into an M.2 slot on your computer or laptop and provides significantly faster performance. Meanwhile, SSHDs are exclusively available in SATA format and are typically laptop-sized (2.5′′).

Because of the addition of a pricier solid-state cache and additional firmware, a hybrid drive costs slightly more than a magnetic HDD. As a result, prices range from 10% to 20% higher than a standard hard drive.

Compared to SSDs, which require more expensive memory chips, a hybrid device can save you a lot of money. However, the price of a solid-state model is significantly greater than that of an SSHD based on capacity criteria, which will often be the decisive factor when choosing between the two solutions.

Part 2. How Does SSHD Work?

The most frequently utilized data is stored using a tiny amount of high-performance NAND flashes solid-state memory in SSHD technology. This is the SSD part of the disk (usually around 8GB in size), which allows files to be accessed much faster than on a traditional hard drive.

The rest of the SSHD comprises regular HDD storage, 1TB or larger, and is used to store most of your less often used information. This might include anything from video games to music videos and documents. Because the normal computer workload only accesses a small part of the total data stored, it will store most of the frequently requested data by the host computer in solid-state memory. System performance improves when this is the case because it spends less time seeking, reading, and transmitting data to the computer. 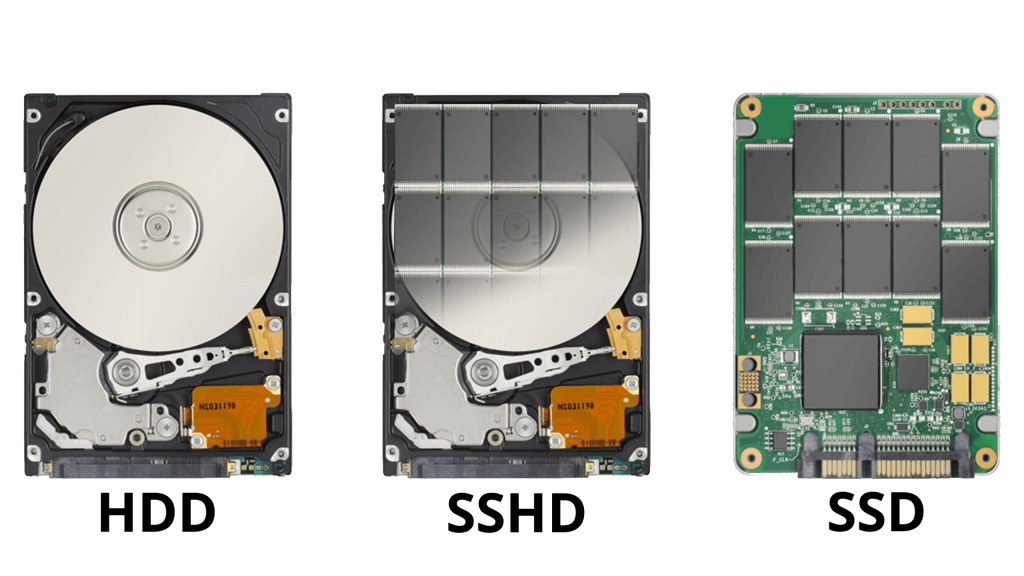 Hard drives are the workhorses when it comes to storage capacity. Solid-state drives have a much less storage capacity than hard drives. Current capacities for consumer hard drives —may reach up to 12 TB. Solid-state hybrid drives also have the most capacity points at inexpensive costs, whereas solid-state drives are only available in smaller capacities. Unfortunately, high-capacity SSDs are still prohibitively expensive.

SSDs deliver maximum boot and fast read/write performance for computing that demands to multitask. Regarding booting, launching, and loading, SSHDs can compete with SSDs. HDDs are now available that give enough performance for most PC platforms.

The most energy-efficient drives are solid-state drives. Solid-state hybrid drives are a close second in terms of power efficiency, as they spin down more frequently than hard drives. In most cases, storage will not reduce the battery life of a laptop computer by more than 10%. The processor and LCD screen are the two components that consume the battery the most.

The failure rates of SSDs, HDDs, and SSHDs are relatively similar. However, SSHDs are exceptionally reliable since they utilize both flash and HDD components more efficiently than if separate.

Part 4. When Will You Need An SSHD?

If you're on the lookout for the best of both worlds, SSHD is the way to go. Digital material is getting better and bigger, so storage and speed are at a premium, whether in gaming, HD video, photography, or music. But, on the other hand, you do not have to lose enormous capacity with SSHD technology when you pick a faster speed.

Gamers, in particular, can profit from using SSHD drives; a few advantages are:

The latest games can be loaded twice as fast on a desktop SSHD as on a regular 2TB HDD. This drive provides substantial storage while saving money that you can use to improve other aspects of the PC, such as the GPU, CPU, or peripherals.

When you overburden some low-cost SSDs with data, their performance might suffer substantially. For example, the 8GB of NAND cache in a desktop SSHD is only used for data that must be retrieved quickly, ensuring consistent performance.

Gamers, in particular, can profit from using SSHD drives in certain circumstances, which offer a second hard disk for the Ultimate Gaming PC:

The size of a 250GB SSD is smaller than the newer, available size. For example, after formatting, a 250GB SSD becomes roughly 230GB; Windows 8 requires 20GB, Program files require 10GB, and new games can take up to 50GB each.

Data demand is outpacing the price decline of SSDs. The issue is that 500GB can be prohibitively pricey, while 250GB is insufficient... So, with a 250GB SSD, you can probably only install three or four different games. Everything else will require a second drive.

Why would you choose a regular HDD for your second drive if you can effectively upgrade to a 2TB SSHD and enjoy the best of both worlds if you buy the ideal PC?

Part 5. How to Upgrade Your Laptop with SSHD?

5.1 Can you upgrade your Laptop with SSHD?

Yes, an upgrade is possible. You can always turn to a tech pro if you do not trust yourself.

5.2 What you need to upgrade your Laptop with SSHD?

Switching from an HDD to an SSHD is a process for the computer; hence, it becomes the first requirement. However, if you currently have an SSD and want to increase storage capacity without sacrificing performance, you can acquire an SSHD for your laptop.

First, check to see if your laptop can accommodate a 9.5-mm-height hard disk. One of the thin hard drives, about 5/7mm in height, may be found in a compact notebook. In this instance, you may not be able to connect the SSHD to your laptop unless you purchase SSHDs that are the correct size. So, before you go any further, conduct your study and get the SSHD of the right size.

In terms of capacity, you can choose between two options. Choose any type you like; if you plan to save a lot of multimedia information on your laptop, a larger capacity drive is recommended. Games eat up a lot of space and sit better to go with a larger capacity drive in the end. If you want to clone the drive, the SSHD capacity should be more than the capacity of your existing hard disk; otherwise, you will have to do a clean install.

Please look at it! If necessary, open your laptop manual again and figure out how to access the hard drive. Some laptops only require you to twist one screw to remove the hard drive, while others may require you to remove a few components before reaching the hard drive compartment. In addition, the disassembly manual is preferable for this purpose because it contains extensive instructions and information on what equipment you will need. You might find a video of someone performing a similar operation if you search for your laptop model on YouTube.

After reading the handbook, you will know which tools you need and should keep on hand. Under no circumstances should you use screwdrivers with incorrect dimensions, as this may erode the contact surface and render the screws unserviceable.

You will need to clone your hard disk onto the SSHD, and Seagate provides their software for this reason; DiscWizard is the program's name. Except for Linux, the software is compatible with all major operating systems. Before wiping your existing hard disk, it is recommended to clone it and get your SSHD up and running. You may also set it aside as a backup, which is a good idea.

If you want to clone your drive onto another, you will need an adapter (USB 3.0 to SATA III) or an external hard drive of equal or greater capacity. If you go with the external hard drive, you will have to build an image on it and restore it to the SSHD afterward. Again, you can choose whichever method is most convenient for you.

5.3 How to Upgrade your System?

Step 1: Back up your system files. 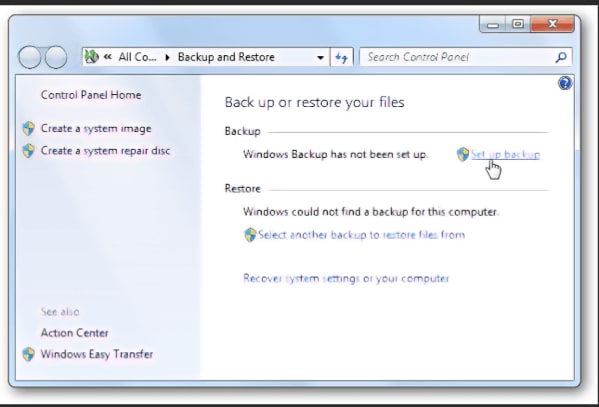 Step 2: Access the hard drive on the laptop by removing the components. 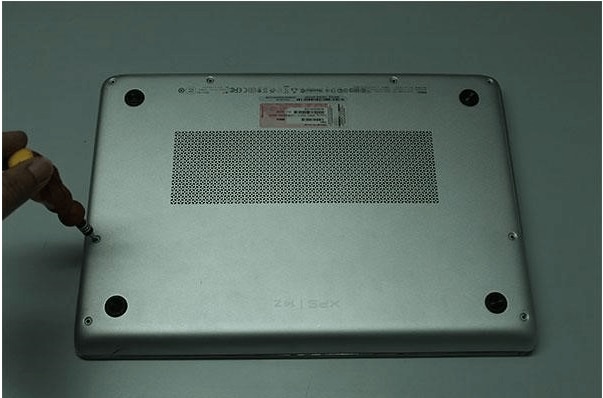 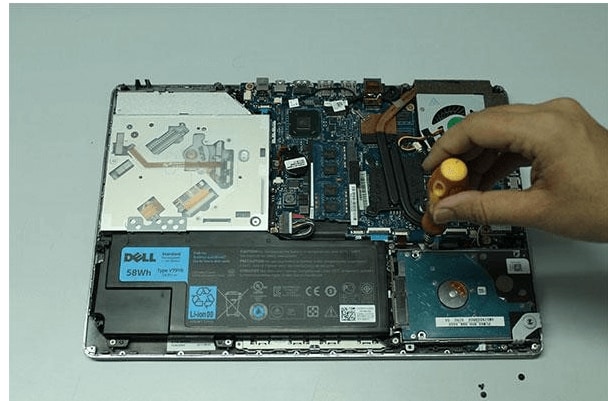 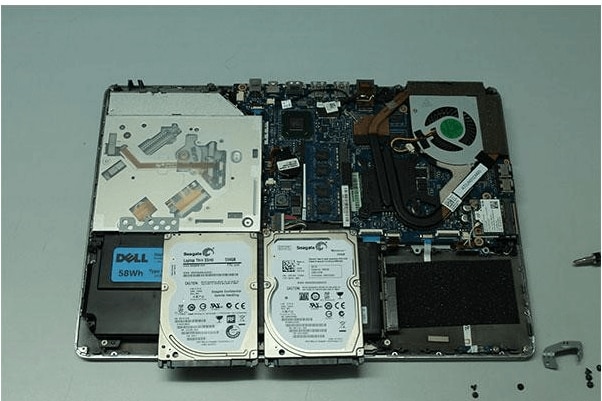 Step 4: Couple your system back together. 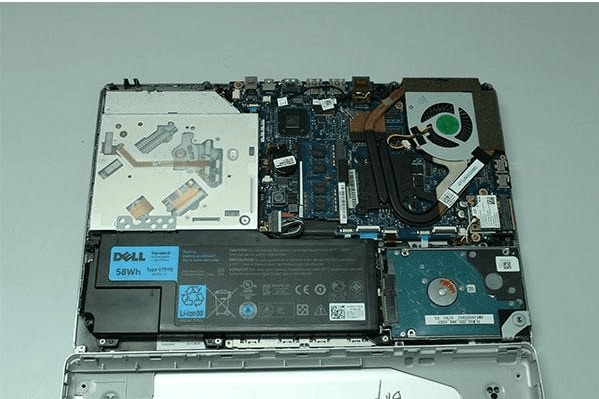 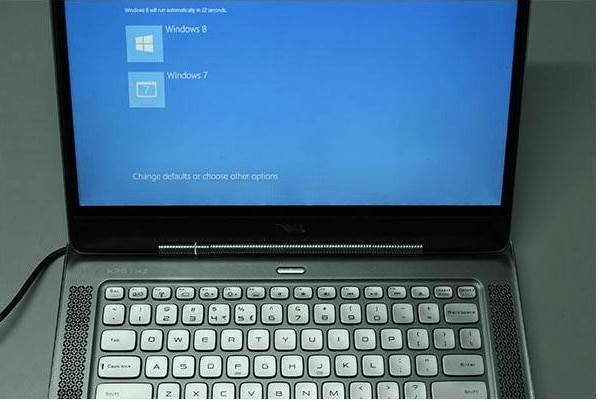 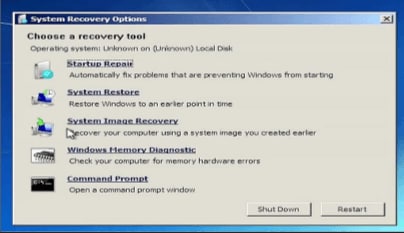 SSHD is an affordable means to get the most out of your PC. It is also ideal for taking note of system compatibility when looking to upgrade. If you want the best, SSHD is the way to go. Digital material is getting better and bigger, so storage and speed are at a premium, whether you are into gaming, HD video, photography, or music. You do not have to lose enormous capacity with SSHD technology when picking a faster speed.