Ways to Reset SMC, PRAM, and NVRAM on Mac

Get to know what are PRAM, SMC, and NVRAM in this informative tutorial. The post has also included in-depth solution on how to reset SMC, PRAM, and NVRAM in Mac.

Just like every other major system, Mac also relies on vital components like SMC, PRAM, and NVRAM. Though, there are times when users wish to do an SMC reset or clear NVRAM to troubleshoot a leading issue. Since a lot of people are still not aware of these principles, they find it hard to fix a major issue with their Mac. Don’t worry – we are here to help you understand what are PRAM, NVRAM, and SMC in this post. Not just that, the guide will also provide essential details on how to do SMC reset and clear PRAM/NVRAM as well. 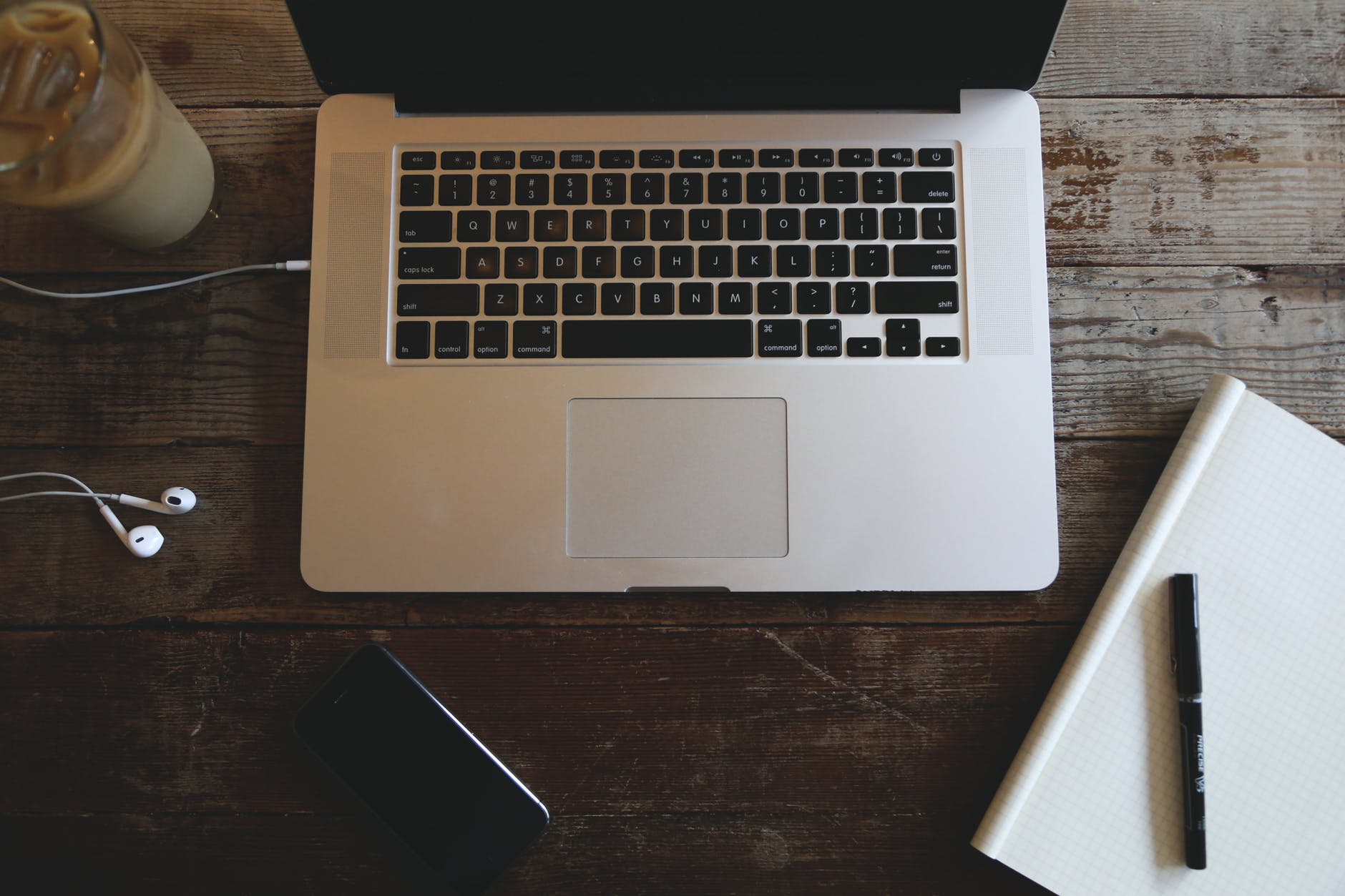 PRAM stands for Parameter Random Access Memory that is a part of the primary memory in Mac. It stores vital system configuration and details like color settings, screen settings, date and time, volume configuration, and so on. Ideally, the exact details stored in PRAM would differ from one Mac model to another.

It is suggested to clear PRAM whenever there is an issue with the keyboard, volume, screen resolution, battery, and other system details. Also, if your Mac is stuck in a boot loop, then you should consider resetting its PRAM as well.

SMC (System Management Controller) is a dedicated chip that is used in Intel-based systems. Ideally, the chip is responsible for running various physical components of the computer. This includes major peripheral devices, keyboard, mouse, cooling fan, and even LED lights. It is also linked with the Power button and puts Mac in sleep mode or restarts it by connecting it to the boot loader component.

If there is a problem with your system’s physical component or internal communication, then you should reset SMC on MacBook Pro (or any other model). This includes any kind of problem with Mac’s trackpad, fan, power button, keyboard, and peripheral devices.

NVRAM stands for Non Volatile Random Access Memory and is one of the most important components in a system. As the name suggests, the data stored in NVRAM is non-volatile in nature. That is, it is retained even when the system is turned off. That is why NVRAM consists of crucial information about booting, device configuration, and other permanent components.

Non Volatile RAM stores crucial details that affect the overall functioning of the system. If an application is not loading, there is a problem with Mac’s booting or a clash in system settings, then you should clear NVRAM in it.

• What is the major difference?

Ideally, both PRAM and NVRAM on Mac have similar working with superficial differences. While PRAM was mostly used in previous-generation models, NVRAM is a newer concept. PRAM uses an inbuilt battery to keep it running and store the RAM component. On the other hand, NVRAM is an SSD flash-based storage system that always retains the crucial Mac information.

SMC is pretty different than both PRAM and NVRAM. It is not a part of RAM and is a dedicated chip on Intel-based Mac. It is related to more hardware functions while PRAM/NVRAM is associated with booting and other software-related components. 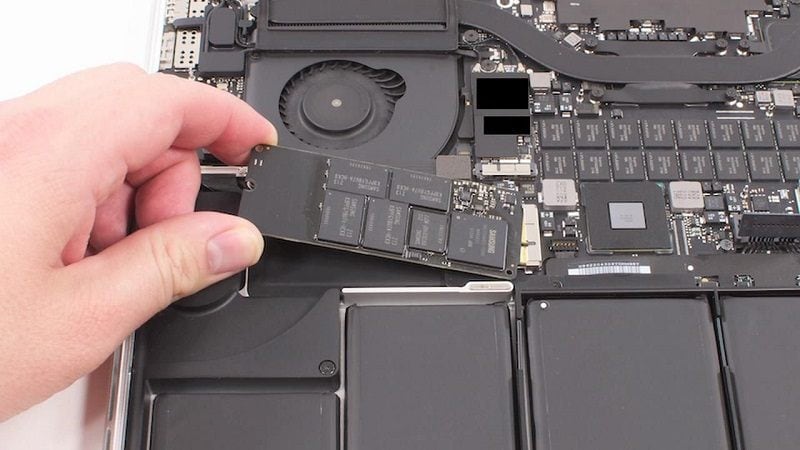 Part 2. How to Reset SMC on Mac

From power buttons to battery management and keyboard to motion sensors, SMC is responsible for all kinds of things on Mac. Though, chances are that there would be an issue with your Mac’s SMC and it needs to reset. Before you do SMC reset, try to restart your Mac and make sure that all the other precautionary measures have been taken. The steps to reset SMC would differ between various Mac models and versions.

If you own an Xserve, iMac, Mac Mini, Mac Pro, or any normal desktop version, then follow these steps:

For Mac Notebooks (if the battery is not removable)

If you own a MacBook Pro, Air, or Retina, and the battery can’t be removed, then you need to follow these steps to do SMC reset.

For Mac Notebooks (with removable batteries)

If you own an older version of MacBook, then it could have a removable battery. In this case, you can follow these steps to learn how to reset SMC on Mac.

For Mac Desktops with the T2 Chip

A lot of the Mac systems have an advanced T2 Chip instead. In this case, you need to follow these steps to do the Mac reset of SMC.

For Mac Notebooks with the T2 Chip

If you own a Mac Notebook with the T2 Chip, then follow the above-listed technique to reset Mac. Mostly, the process is the same for both desktops and notebooks. Though, if it won’t work, then you can try this alternative method to reset SMC on MacBook Pro and other notebooks.

Part 3. How to Reset PRAM/NVRAM on Mac

As you can see, there are different techniques to do SMC reset on Mac, depending on its model and chipset. On the other hand, PRAM and NVRAM follow the same commands in every Mac model, irrespective of its firmware. Ideally, the procedure to clear PRAM and NVRAM is the same. This is because the overall functioning of both PRAM and NVRAM is similar and your system would be based on either one of them. All you need to do is enter the correct key combinations while restarting your Mac. To learn how to reset PRAM on NVRAM on Mac, follow these steps:

By now, you would be able to clear PRAM, NVRAM, or SMC on your Mac. Though, there are times when Mac users are not able to get positive results while following the above-listed solutions. If you are also facing some setbacks while resetting SMC, PRAM, or NVRAM, then consider following these tips:

• Is the Keyboard working?

This is the first thing that you should check if you are not able to do an SMC, PRAM or NVRAM reset on Mac. As you know, to do this, you need to apply the right key combinations while restarting Mac. If there is an issue with your keyboard, then you won’t be able to clear NVRAM, PRAM, or SMC. Check the connections and the vital keys like Power, Command, Option, etc. beforehand to avoid any unwanted error.

Sometimes, all it takes is a simple restart to fix any major issue with your Mac. You need to know that restart and shut down are two different things in a system. When we restart a Mac, it also resets the system cache and other temp files. Therefore, you might be able to troubleshoot this issue by simply restarting your Mac.

If your Mac is being overheated, then avoid performing a PRAM, NVRAM, or SMC reset on it. It might tamper with its current booting cycle and forcefully turn off the system. This can backfire in the long run and cause unwanted issues with your Mac. Make sure that you reset NVRAM, PRAM, or SMC on Mac when the system is running in an ideal condition.

Apart from being overheated, chances are that your Mac might get turned off due to a low battery or a bad power supply. Therefore, it is recommended to follow the above-listed techniques only when there is enough charge in your notebook’s battery or when the system is connected to a stable power source.

As you can see, the overall procedure to reset PRAM, NVRAM, or SMC on Mac is time-sensitive. For instance, we need to press certain keys for a particular time (like 7, 10, or 20 seconds) while restarting Mac. A lot of users make the rookie mistake of holding the keys for either too short or long. If you don’t want to make the same mistake, then consider using a Timer to get precise and better results.

Too often, while resetting the PRAM, NVRAM, or SMC on Mac, we end up losing our important files in the process. If you have also suffered from an unexpected data loss, then give Recoverit Data Recovery a try. It is one of the most advanced data recovery tools out there that can get back all sorts of lost, deleted, and inaccessible content. This includes more than 1000 different types of formats for photos, videos, documents, and every other kind of content. 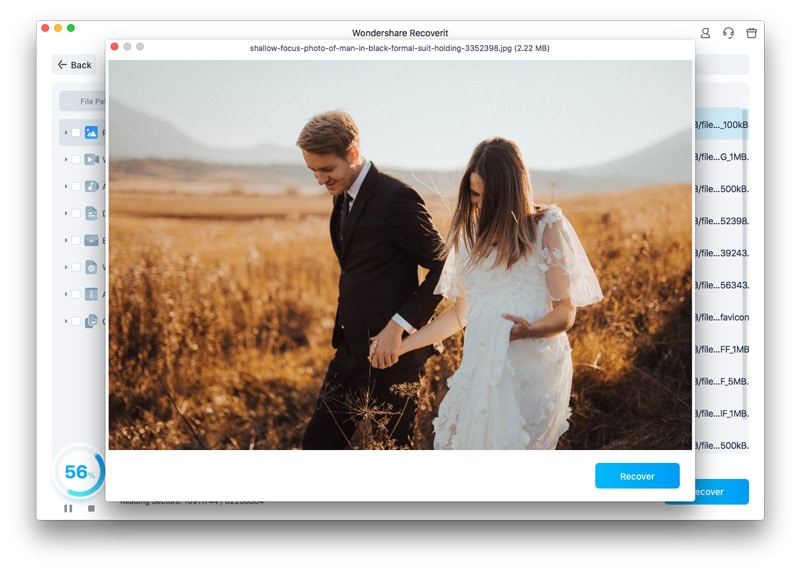 Regardless of which browser is your favorite, always remember that they all pretty much serve the same function and store your browser history.

The best way to be assured of browser privacy is to be mindful of your environment when you’re surfing the net and to clear the history on your Mac each time you end an online session.

If, on the other hand, the history you cleared contains important data, there’s still no need to worry because you already have the tool to get it back. Just make sure Recoverit stays installed in your system. You never know when it might come in handy.

> Resources > Solve Mac Problems > How to Reset SMC, PRAM, and NVRAM on Mac