How Do I Repair Corrupted MXF Files?

If you find yourself with corrupted MXF files that need to be repaired, the following guide offers different options on how to go about it.

An MXF file like any other file, can become corrupt during the reading or writing process, due to human, hardware or software error and this may render it unusable. Importantly though, the corrupt file is not doomed as there are ways that can be used to repair them to their original status. Other instances that could lead to these errors together with their preventive measures for repairing corrupted files are listed below. Let's follow these information to properly fix your corrupted MXF files.

MXF short for Material Exchange Format, is a video container format for the Society of Motion Picture and Television Engineers (SMPTE) video and audio content. It is precious for professional videographer or video editor which shows high-quality videos. 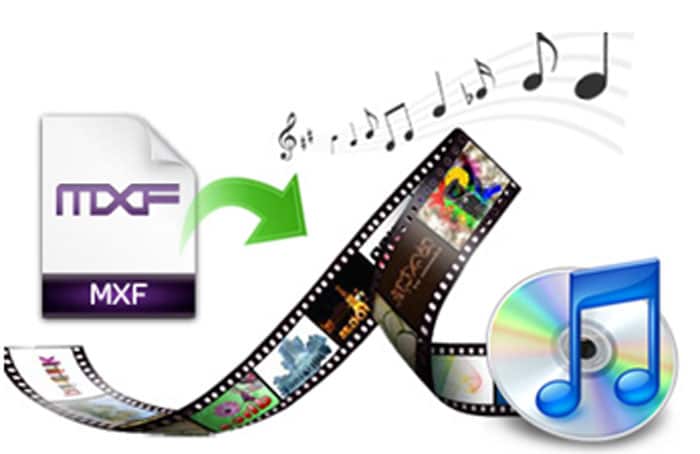 The MXF video files are actual video tapes but in digital format. This format allows videos to be exchanged more easily by diverse applications, users and video equipment. Conversion of MXF to other video formats like .MP4, .MOV, .AVI and the likes, is also possible.

If a MXF gets corrupt, then you should not look for a manual solution or an open-source software. They are not efficient enough to repair the audio streaming and synchronize it with the video. Some open-source software can fix the data, but they do not repair the metadata and the software may not play smoothly after repairing. Therefore, through my rigorous research, I'd like to provide you with two effective and easy ways to repair corrupted MXF files.

1. Get Wondershare Repairit to automatically repair

Wondershare Repairit is the first recommended way to automatically repair MXF files in the field of video repair. It is a fully-functional video repair software among the best tools for repairing broken, damaged and corrupted video files which are in formats such as MP4, M4V, MOV, FLV, 3GP, MTS , AVI, etc. Hence, if you want to get the best results, using Wondershare Repairit Software is the perfect choice for you. It will repair the whole data and save it at the desired location.

The key features for this software are:

Repairs Multiple Videos in Batch - Handles multiple videos at once, irrespective of their formats

Previews Video Captures During Playing - Runs through the captured sections of different keyframes of the repaired videos to maintain the quality.

Repairs Full HD & 4K Videos - Full HD, 4K and 8K videos which have been recorded from different cameras can be fixed.

What are you waiting for? This software helps in repairing videos on both Mac and Windows in the following 4 steps. Start repairing you files right now!

Step 1. Click the button to download, install then launch the Wondershare Repairit software. This will take you to the homepage.

Step 2. Click 'Add' and browse the corrupt file to be repaired from its location ,then upload them to the software.

Step 3: After add the corrupt files, you can initiate the repair process by clicking the 'Repair' button.

For highly corrupted files, you may need to choose 'Advanced Repair', which can greatly improve the success rate and quality of your image restoration. And a sample file is a valid file created with the same device and the same format as the corrupted video.

Step 4: After the repair process, select a desired location to save the video. Meanwhile, you can click 'Preview' to ensure the repaired files is genuine.

All in all, Wondershare Repairit guarantees effective and instant repair regardless of the damage done during recording, shooting, processing, transferring, editing or converting. This is the best choice to repair corrupt MXF files.

Step 1. Open .mxf in your system. But pay attention that do not open the corrupted .mxf file extension that is to be regained. 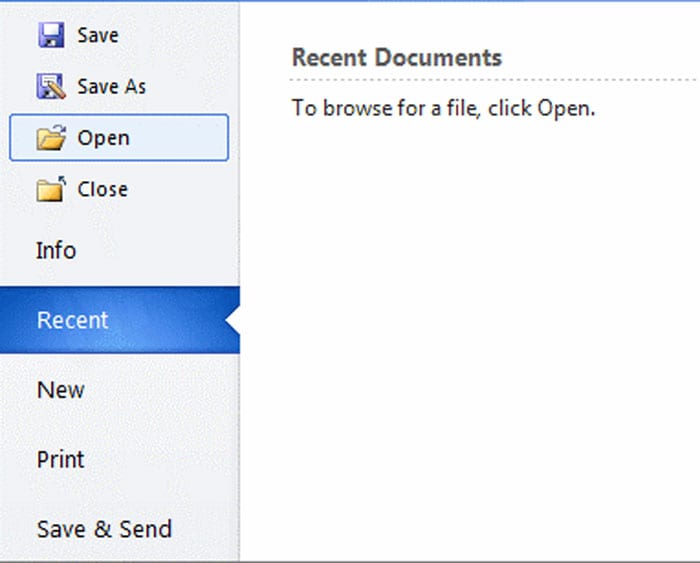 Step 2: Under the 'File' tab, click 'Open'. Shortcut for this step is pressing Ctrl + O on the keyboard. And notice that the add a reference file if the file is too corrupt. 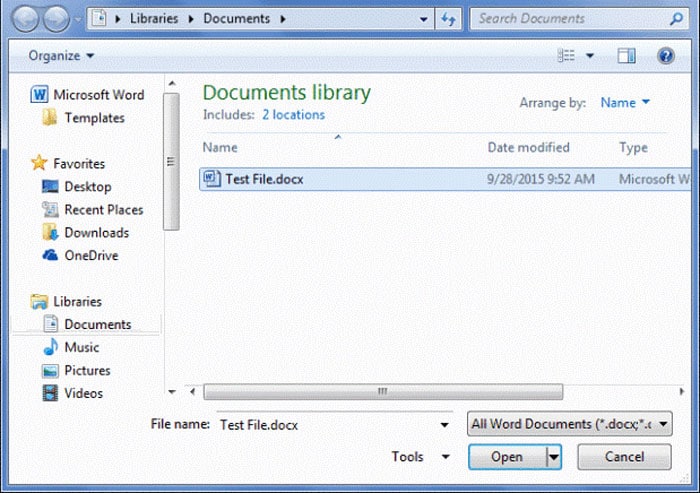 Step 3: Locate the corrupted .mxf file where it is saved. Tap on the file just once to select it, do not open it. Then, click on the drop-down arrow that appears next to the 'Open' button. 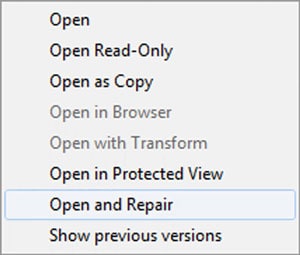 Step 4: Click on 'Open and Repair' on the list that appears, to enable the .mxf file extension repair the corrupt file.

Once this is done, your MXF file is likely to be fixed, but it may not have a high success rate, so if you are patient or your files are not damaged enough, you could have a try.

Why Are MXF Files Corrupted?

Corrupted files, data or footage may be caused by a myriad of reasons. Normally, this may occur during the read/write process. For a camera, damaged files may be due to errors that occur while recording, during playback or transfer of the file from its source to an external backup drive. Still, other factors that cause corrupted files might be at play.

Every programmed video frame contains a million bits of 1s and 0s. This is the machine language of communication that drives modern technology. Whenever the file is accessed, transferred or recorded, there is a high probability that at least a single bit gets simulated wrongly, thus resulting in a corrupted file.

The transfer process of footage is among the most sensitive phases during imaging and it can cause serious damage to the footage. Just because the card is safely moved from the camera dump to the card dump station is no guarantee the footage is safe as yet.

Each bit (1s and 0s) is simulated from the source to destination drive during the transfer of the footage, causing errors most probably. 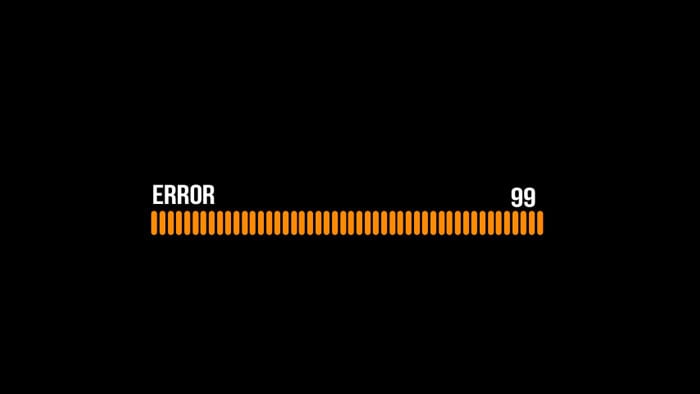 A card that is incorrectly formatted, or its formatted using a device that is not the one recording from camera has a higher chance of having corrupted footage. This is mainly because all recorders and cameras depend on precise media and file architecture to accurately locate and save metadata and clips.

Another issue to be cautious about if "low-level clip deletion", where clips are deleted independently from the computer or camera as this can cause files to be corrupted. Formatting the primary recording media should be done in the device that records it. 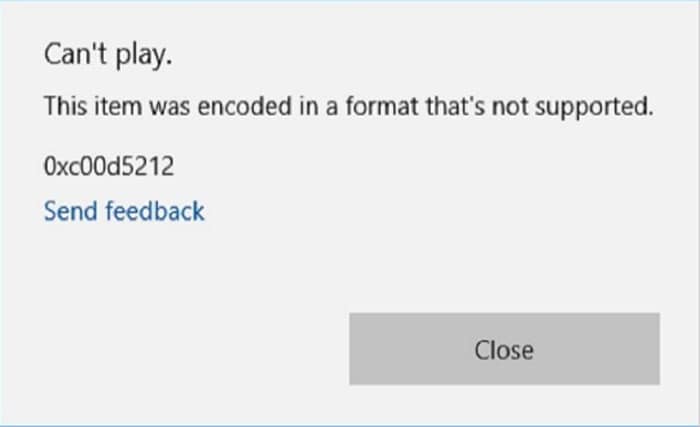 If power gets interrupted while shooting, recording, playback or saving, damage to the files may occur.

Each clip on a footage has "headers and footers", which designate data to either belong to clip x or clip y. If power interruption occurs before this data is written to the media, there is a high probability that corruption will occur on the data. This type of corruption usually causes the entire card to be rendered unreadable.

Normally, a warning is sent to the camera to initiate a proper shutdown before the battery is completely depleted. This will cause the "footer" to be added to keep the media from being corrupted due to power loss. However, not all batteries are identical. Cheap and old-tech third-party batteries can intensify this issue simply because most don't relate with the camera software the same was as brand players.

Modern cameras are strong and sturdy. However, physical issues may present a problem to media performance if a camera is accidentally damaged, dropped or impacted in another way and it can cause a host of problems such as damaged footage. The essential component such as wiring, connections or sensors may become wrongly seated and may ruin the footage.

Heat is an unavoidable form of energy in the universe. It can however cause serious damages in cameras such as unwanted variations of color, brightness or camera shutdown.

Tech devices are always vulnerable to errors in software or firmware. If the camera software is defective, the footage will also be, irrespective of the user error in handling the footage. Ensure that the camera does not have any issues can interfere with the footage before start of production.

In case of an emergency, put measures in place to minimize the damage is a brilliant behavior.

The chances of having a corrupt file footage on your hands is normally very high, therefore a file repair software is an essential tool for repairing the corrupted file. The Wondershare Repairit comes highly recommended for the repair of these video files for both Windows and Mac users, as it supports popular video formats such as MP4, MKV, MOV, M4V etc. It also enables users to preview the repaired files before saving them and its high repair technology ensures high success rate.