How to Resize APFS Container on MacOS High Sierra

With the introduction of the macOS 10.13 High Sierra, we have seen a major update in Mac's file system. It has replaced the existing HFS/HFS+ with a new and advanced Apple File System (APFS). Since APFS creates a container for the logical drives, it is of vital importance to know how to alter it. For instance, users might wish to resize APFS containers to optimize Mac file storage. In this post, we will help you do the same in a hassle-free way.

The Apple File System (APFS) has been included in Mac with the release of High Sierra. Though, it is also compatible with iOS devices, tvOS, and watchOS as well. It has replaced the age-old HFS file system that has been supporting Apple devices for decades. The new file system makes everyday tasks faster and smoother. Additionally, it has an advanced encryption technology. Here are some of its other features. 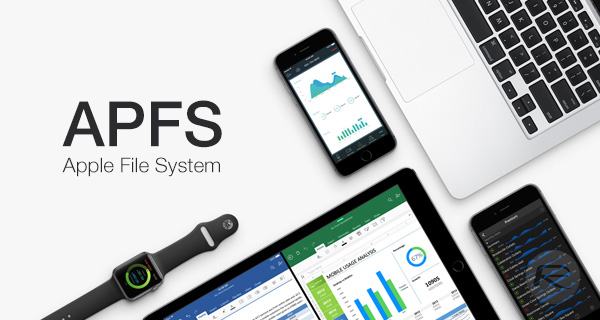 You can simply go to Apple's website and update your macOS to High Sierra. This will automatically convert your file system to APFS. Now when you know the basics of the file system, let's learn how to resize the APFS container in the next section.

Part 2. How to Resize Your APFS Container

As you know, APFS maintains a container for other drives and provides a logical bifurcation of the space. Therefore, to make the most of your Mac storage, you need to resize the APFS container. Since it is a newer file system, you would have to take the assistance of Terminal (instead of Disk Utility) to resize APFS container. It can be achieved by following these steps:

Firstly, you need to launch a Terminal on your system. To do this, simply go to Utilities and launch the Terminal interface on the screen.

Now, to view the disk for APFS container, you need to run the command "diskutil list". This will provide a list of all the connected disks (internal and external). 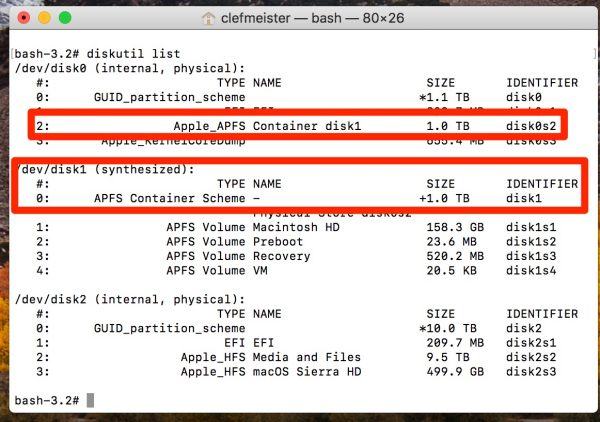 Now, to resize the APFS container, you might be required to shrink the partition beforehand. This is done by reducing the size of the partition. To do this, we will use the "resizeContainer" command and write the name of the disk identifier where APFS resides. For instance, if we need to resize a 1 TB APFS to 750 GB, then we will give a command like "sudo diskutil apfs resizeContainer disk0s2 750g jhfs+ Extra 250g".

This will shrink the APFS container to 750 GB, which was originally of 1 TB. So what will happen to the remaining space? The 250 GB will be allocated as a free space to the HFS+ partition. Now, you can simply provide the "sudo" ad "diskutil" command to complete the process. It will be similar to something like "sudo diskutil apfs resizeContainer disk0s2 750g jhfs+ Media 0b". You will get something like this as an output for the command. 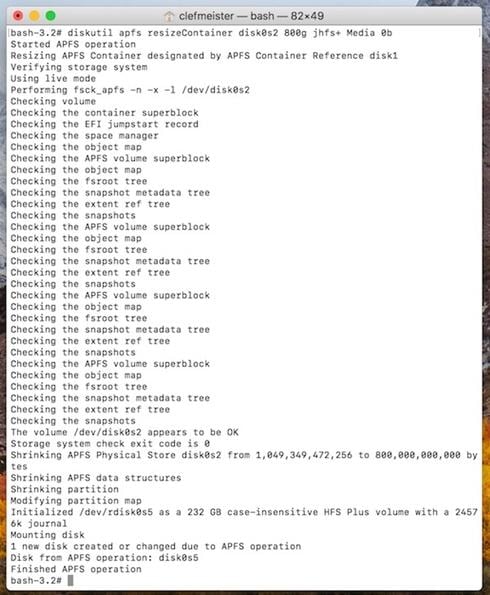 You can also reclaim space by giving the command "sudo diskutil ease volume "Free Space" %noformat% /dev/disk0s3" to resize the APFS container. Later, you can give a command like "diskutil apfs resizeContainer disk0s2 0" to make it work.

By the way, if unfortunately, you lost data when resizing the APFS container, don't worry. Recoverit Data Recovery is a tool that can aid you in getting lost files back. Get the steps on restoring data from MacBook Air.