Get to know about the different types of image files and other formats. Apart from covering the 10 image formats, an advanced photo recovery tutorial is also included.

In this guide, we have shortlisted the top 10 different image file formats and their features. Also, we will help you perform advanced photo recovery in various formats.

Part 1 What Is An Image File?

In a nutshell, an image file format is how you store and represent a digital picture. The data of an image is stored to be displayed on the screen or be printed. This is achieved through the process of rasterization. Ideally, an image is a grid of pixels, and every pixel is allocated a value (a bit).

The mechanism used to store and raster an image can vary ross different standards. This is what makes any image format so unique. Mostly, the formats follow compressed or uncompressed (that is, loss or lossless compression) techniques. 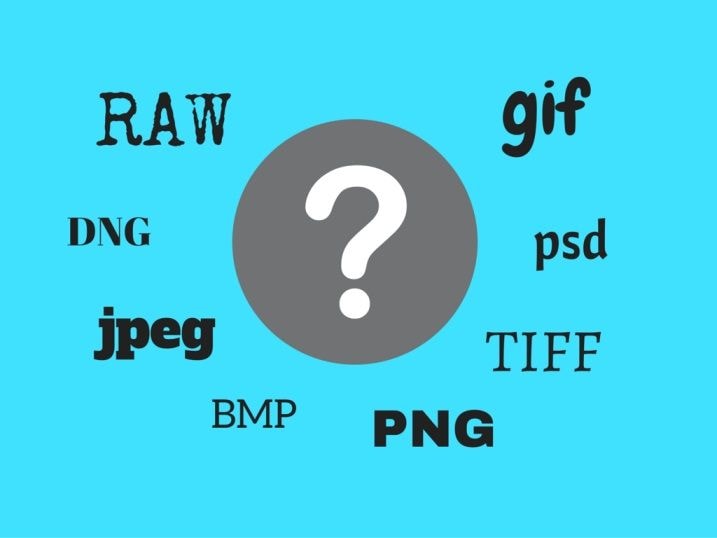 The JPEG compression consists of some of the most popular image types. This is because the JPEG file types are universally accepted and can compress data easily.

JPEG stands for Joint Photographic Experts Group. It is one of the most popular types of image formats out there and features 6 major formats: JPEG, JPG, JPE, JIF, JFI, and JFIF. The degree of compression is mostly 10:1 for JPEG. This means that the format JPEG can compress data while still retaining the image quality.

JPEG is also a kind of image format that is susceptible to corruption and damage. How can you repair corrupted JPEG files?
- 2 minutes to read it.

JPG file extension is one of the formats supported by the JPEG compression group. Just like JPEG, JPG also follows a lossy compression method. This means the original size of the photo would be reduced, but some of its data would also be compromised in the process.

JPEG 2000 is a highly advanced compression technique and a part of the JPEG group. Unlike JPG, it supports both lossy as well as lossless compression. It improves the overall quality of the images ross different platforms.

4. Difference between JPG and JPEG

Ideally, there is not much difference between JPG and JPEG. JPEG is a group of different extensions, and JPG is a part of it. Initially, Windows (or DOS) only supported 3-letter format extensions.

Hence, "E" was removed from JPEG, and it got truncated to JPG. On the other hand, M kept using JPEG. Today, these formats are used interchangeably, but JPG is more widely accepted.

5. Difference between JPEG and JPEG 2000

Since JPEG 2000 is an advanced form, it provides us a more dynamic range to save photos. Users can retain some crucial information on the original photos by applying lossless compression.

This is missing in JPEG as it follows a default lossy technique. Nevertheless, due to its limitations and bit errors, JPEG is a more widely accepted format.

The difference between JPG and JPEG 200 is similar to JPEG vs. JPEG 2000. JPEG 2000 provides a better and more advanced compression technique. The file size might be bigger, but more information would be retained. JPG is a universally known format and can reduce a file to 5% of its original size. 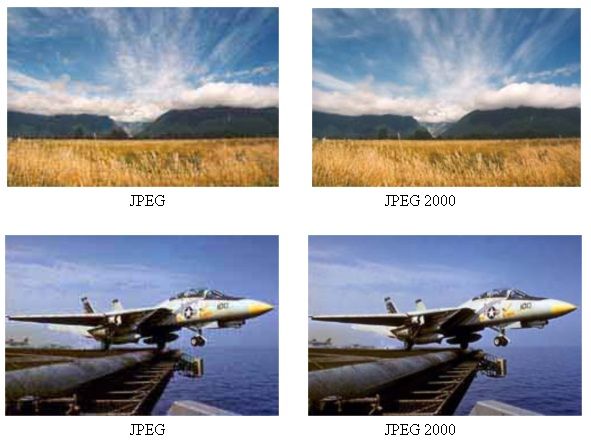 Part 3What Is A GIF File?

If you are a regular user of the web or social media apps, you must already be familiar with GIF. So what does GIF stands for in computer terms? Let's learn it.

It means "Graphic Interchange Format." Today, most GIFs are used to represent animations and clips. The format was introduced way back in 1987, but it has gained immense popularity in the last few years because of social media.

It follows the LZW lossless compression technique. This means the original quality of the data is retained. Though, GIFs only support 8-bit pixels. That is, there are only 256 possible color combinations in the format. Since GIFs store "moving pictures," the size of the file is mostly larger than JPEGs.

GIF images can be lost due to different causes. Here is the solution to how to recover the GIF image.

Today, GIFs express emotions and for entertainment and even educational purpose due to their interactive nature. The common price of using GIFs is on social platforms like WhatsApp, Messenger, Tumblr, Twitter, etc. If you want to know where to find GIFs, then head to Tenor, Giphy, and other dedicated GIF directories.

3. Difference between GIF and JPEG

One of the major differences between GIF and JPEG is that GIFs are dynamic while JPEGs are static. That is, GIFs can represent moving images or mini clips of a few seconds.

Part 4What Is A PNG File?

Another commonly used image format is PNG. Let's answer questions like what does PNG stands for and PNG is lossless in detail.

PNG stands for Portable Network Graphics. It is a raster graphics image format. It was introduced in 1997 and got an ISO standard in 2004. PNG was originally designed to transfer images ross the internet (and not for printing).

That is why it only supports the RGB spectrum. Though, the format is commonly used in designing due to its transparent background.

Yes, ideally, PNG supports lossless compression. It supports 24-bit RGB colors and follows a 2-stage compression process. The compression technique used is DEFLATE, which is a combined code of Huffman and LZ77.

Though, you should know that PNG offers a compression parameter. Users can choose if they want to maintain the original quality or implement some degree of lossy compression.

The major difference between JPEG and PNG is that JPEG follows a lossy compression technique. On the other hand, PNG is a lossless compression (with a compression parameter).

Therefore, the size of a PNG file is mostly larger than JPEG. JPEG files do not have a transparent background while PNG (which changes their application and use). 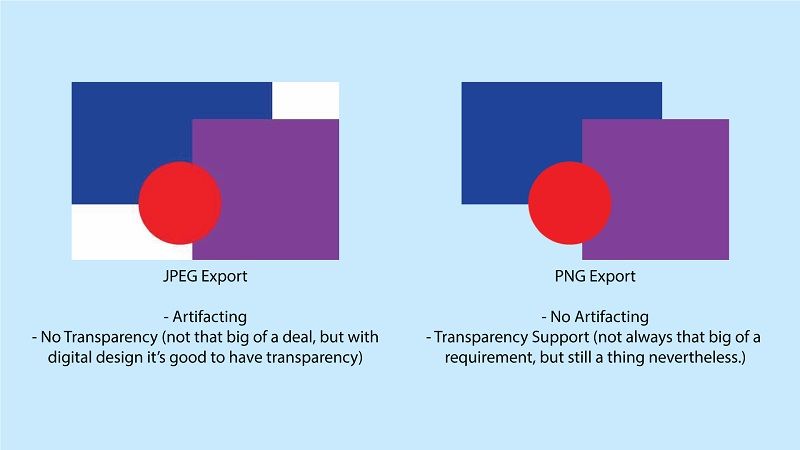 The difference between JPG and PNG is identical to JPEG and PNG. As you know, JPEG is a group of formats with JPG being a part of it. JPG formats are used to store photographs in general. The PNG format is used to store vectors, graphics, icons, text, drawings, and other editing-related files. This is because PNG has a transparent background and can be overlaid on another picture easily. This is something you can't do with JPEG files.

Part 5What Is A BMP File?

The BMP file format has been around for a long time, but it has gradually lost its popularity. Let's learn what is BMP image in detail.

Apart from BMP, it also follows a DIB format as well. It is a simple compression technique that follows a lossless algorithm. Mostly, 4-bit or 8-bit encoding techniques are implemented via Huffman or RLE encoding. Therefore, the image size of BMP is larger than other formats like PNG or JPEG.

BMP and PNG can easily be distinguished. BMP is a lossless but uncompressed format, while PNG is also a lossless and compressed format. Also, not all BMP files support transparency (alpha channels). The file size of PNG is far less than BMP as well. In designing, PNG is mostly used as compared to BMP.

Both BMP and JPEG have different applications. BMP is mostly used to store the image's original quality, while JPEG is recommended for file transfer. The size of JPEG files is far less than BMP due to their compression technique.

Part 6What Is RAW Image?

If you are a photographer, then you must have seen RAW files in your camera. So what is the RAW format? Let's uncover it here.

1. What Does RAW Mean in Photography?

As the name suggests, RAW files are the unprocessed photos. That is, they are the original files that are not processed by the camera yet. Since they are unprocessed, they can't be edited by the usual applications.

We provide solutions on RAW image recovery from digital cameras.

These are the pre-conversion formats that can later be used in high-level editing (like with Photoshop). Though, they are not suitable for printing. RAW is a group of file extensions with some commonly used formats being 3FR, DNG, DATA, ARW, SR2, and many more.

Ideally, RAW images give us more advanced editing options. For instance, we can adjust colors, brightness, polarization, etc., easily with RAW files. This is something we can't do with JPEG files readily.

Another difference between RAW and JPEG is file size and compression. RAW follows a lossless compression (or high-quality lossy) as compared to JPEG's lossy technique. Also, RAW files are larger than JPEG (sometimes even 5 times larger). 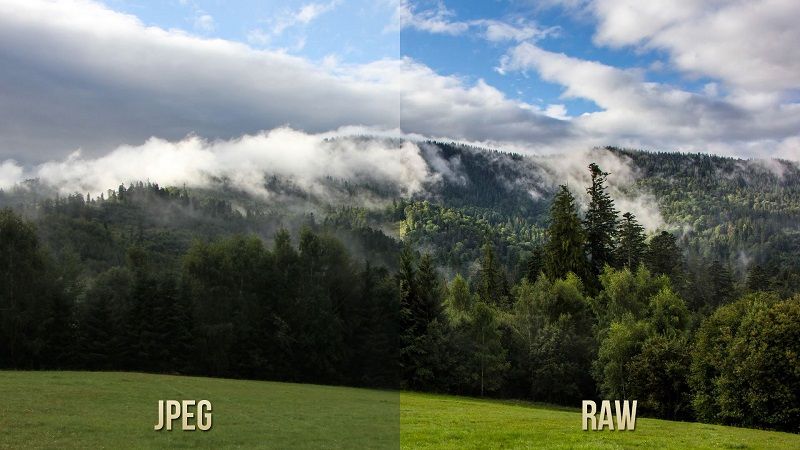 Part 7What Is A TIFF File?

TIFF stands for Tagged Image File Format and follows either TIFF or TIF extension. It is a raster graphics format that is mostly used in the publishing domain.

It also supports image publishing, printing, and even optical charter recognition. Adobe originally developed the format in the 1980s. TIFF either follows an uncompressed or a CCIT (Huffman coding) technique.

When we compare JPG vs. TIFF, we can easily make distinctive comparisons. TIFF is a lossless data compression format that retains the original quality of an image. JPEG follows a lossy technique. The TIFF file size is also drastically more (and detailed) than JPEG.

The major difference between TIFF and JPEG is their applications. While JPEG is used for file storing, transfer, and World Wide Web, TIFF has a major publishing role.

TIFF photos can be lost and deleted. Learn how to recover TIFF images.

Part 8What Is Photoshop?

It is compatible with almost every major image format and provides tons of options. For instance, users can alter an image's properties, perform overlays, insert text, and make tons of edits.

While Photoshop supports a wide range of formats, the two most popular file extensions used are PSD and CR2.

PSD and PSB are the two native Adobe Photoshop formats. One of the best things about the Photoshop extension is that it retains the user's editing. That is, all the texts, overlays, metadata, and image editing that you have done can be recovered. Just open the PSD file in Photoshop to view all the saved layers and masks.

CR2 stands for Canon Raw Version 2. It is used to store RAW files that are shot by Canon cameras. Since it is a raw format, it will retain all the original and unprocessed information of an image. Editing tools mostly use a format like Photoshop.

Part 9How to Get Back Deleted Images?

No matter what type of image files you lost or deleted, this image file recovery software does help you get bk them without much hassle. Watch the video and get the next solution.

3. How to Get Bk Deleted Images

Your image files might be lost from a hard drive, digital camera, memory card, etc. Relax and follow the below steps to get bk the deleted images.

Now all storage devices detected by the Windows or M computer are listed. Select the location where the lost image files were and then click "Start" to begin the recovery process.

An all-around scan will be quickly initiated. Wait for a little while, and your lost image files will be displayed one by one.

Finally, you can double click the images you want for a preview. Select the ext images and hit on the "Recover" button to get them bk.

By following these simple steps, you can use Recoverit Photo Recovery to retrieve all kinds of image formats.

After getting to know about various image file formats, you might be confused. Here's their comparison at a glance to help you decide their common applications.

Now, we have a snapshot of the top 10 common image formats. What about videos? MPEG2 VS MPEG4 VS H264, What Are the Difference?
Free Download | Win Free Download | Mac