[Fixed] Windows Resource Protection could not perform the requested operation

While using Windows 10, the latest operating system at the time of this writing, if you notice any inconsistencies, or your computer starts behaving obnoxiously all of a sudden, the most recommended solution to fix the issue is to use System File Checker. System File Checker is a built-in utility that can be executed from the Command Prompt using the SFC command with the /SCANNOW switch.

When you run SFC /SCANNOW, the command checks the system files for any errors or corruptions, and repairs or replaces the problematic elements with the new ones as required, thus allowing the OS to function smoothly. 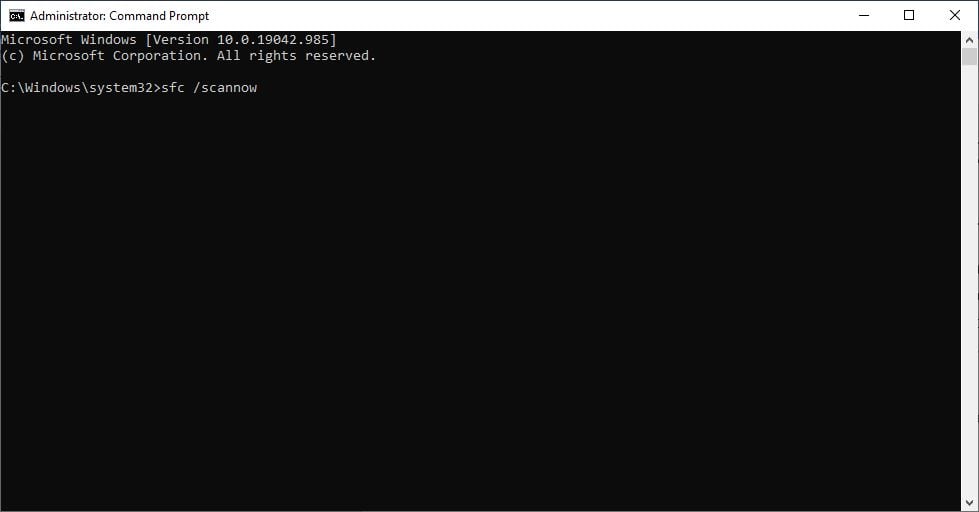 An Overview of 'Not Perform The Requested Operation' Issue

Although running SFC /SCANNOW fixes most of the issues that your Windows 10 PC may encounter, there are instances when even this command fails to execute. When this happens, you are displayed with a message saying, “Windows Resource Protection could not perform the requested operation”.
There could be a couple of reasons behind your copy of Windows 10 showing this message on the screen. Some of the most common causes are listed below:

Considering the above reasons for the SFC command being unable to run correctly, Microsoft recommends some solutions. Once the issue is fixed, you can run the command to get rid of the main problem with Windows 10.

The Solutions of 'Not Perform The Requested Operation' Issue

As it is about Windows, there couldn’t be any particular solution to the problems that it encounters over time, and you must try various troubleshooting methods to get the issue fixed. That said, to get rid of the ‘Windows Resource Protection could not perform the requested operation’ error message, you can try the suggestions listed below.

Note: It is recommended that you try each solution in the order they are explained to get the problem resolved with the least effort:

Sometimes the SFC command may fail to work because Windows couldn’t read the *.exe file of the System File Checker utility. This may happen due to some issues with the logical structure of the hard disk itself. When you run the Disk Checker command, the operating system attempts to repair the corrupt structure, thus enabling the OS to gain access to the SFC file.

However, to use this solution, you must open the Command Prompt window with administrator privileges. The complete process of using the Disk Checker command to get rid of the error message in question is given below:

Type CMD in the Cortana search box in the Taskbar, click Run as administrator from the results that come up, and click Yes on the User Account Control confirmation box to give your consent to open the Command Prompt window with administrator rights. 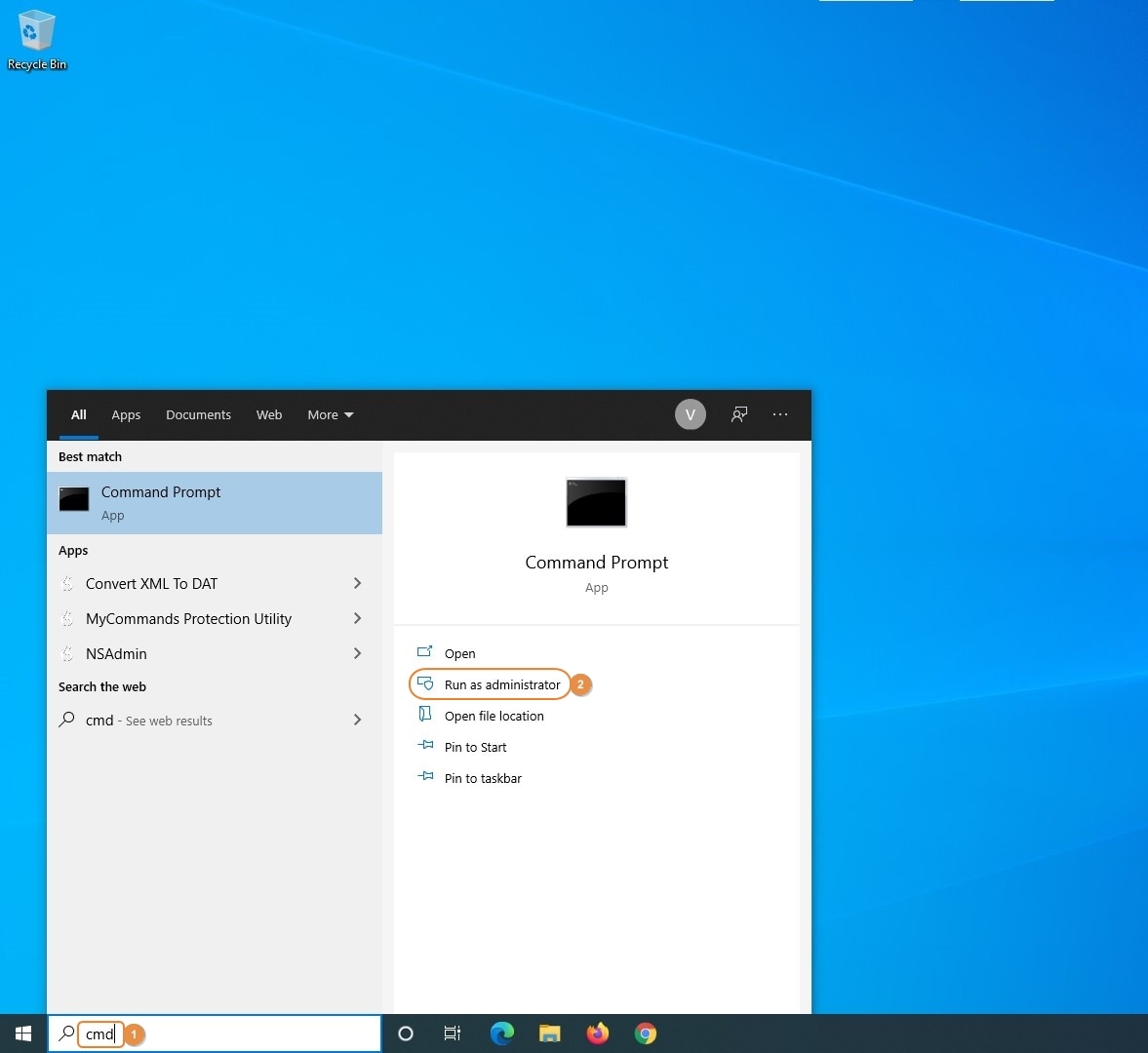 Step 2: Initiate the Execution of the Disk Checker Command

Type CHKDSK /R in the command window, press Enter, type Y, and then press Enter again to schedule the disk checking process upon the next Windows startup. 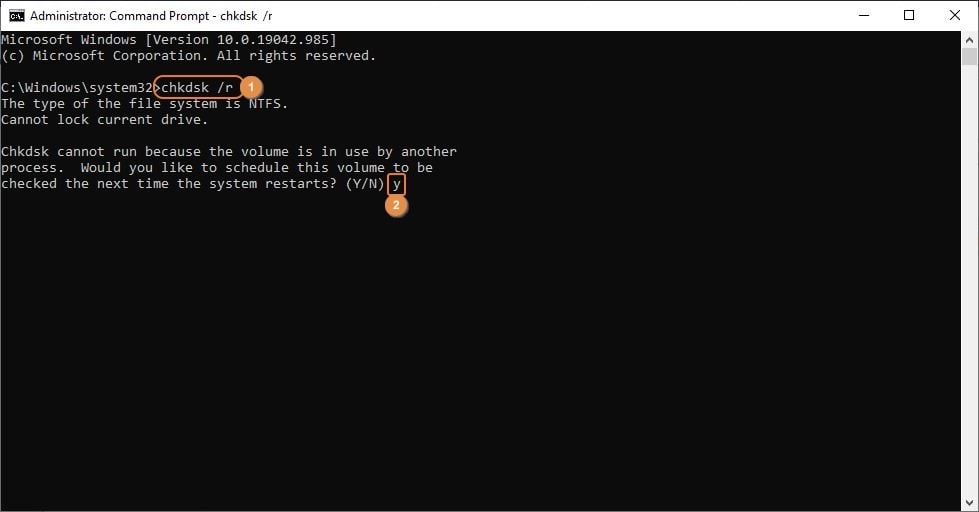 Close the Command Prompt window, and restart the PC. Wait while the Disk Checker command scans your hard disk drive, and detects and fixes any issues that it may have. Once Windows boots normally after the scan is complete, try running the SFC /SCANNOW command again.

Safe Mode in a Windows operating system is its state where only the mandatory services and device drivers are initialized. When you boot Windows 10 in Safe Mode, you can gain access to almost all of its system files. This is otherwise not possible when the OS is running in normal mode.

When talking specifically about the System File Checker utility, if it is used by any other application or is experiencing conflict with some other program, the chances are that it will execute properly when Windows is in Safe Mode as all the other conflicting elements may not be running in the background.
To start Windows 10 in Safe Mode, you can follow the steps given below:

Type MSCONFIG in the Cortana search box in the Taskbar and press Enter. 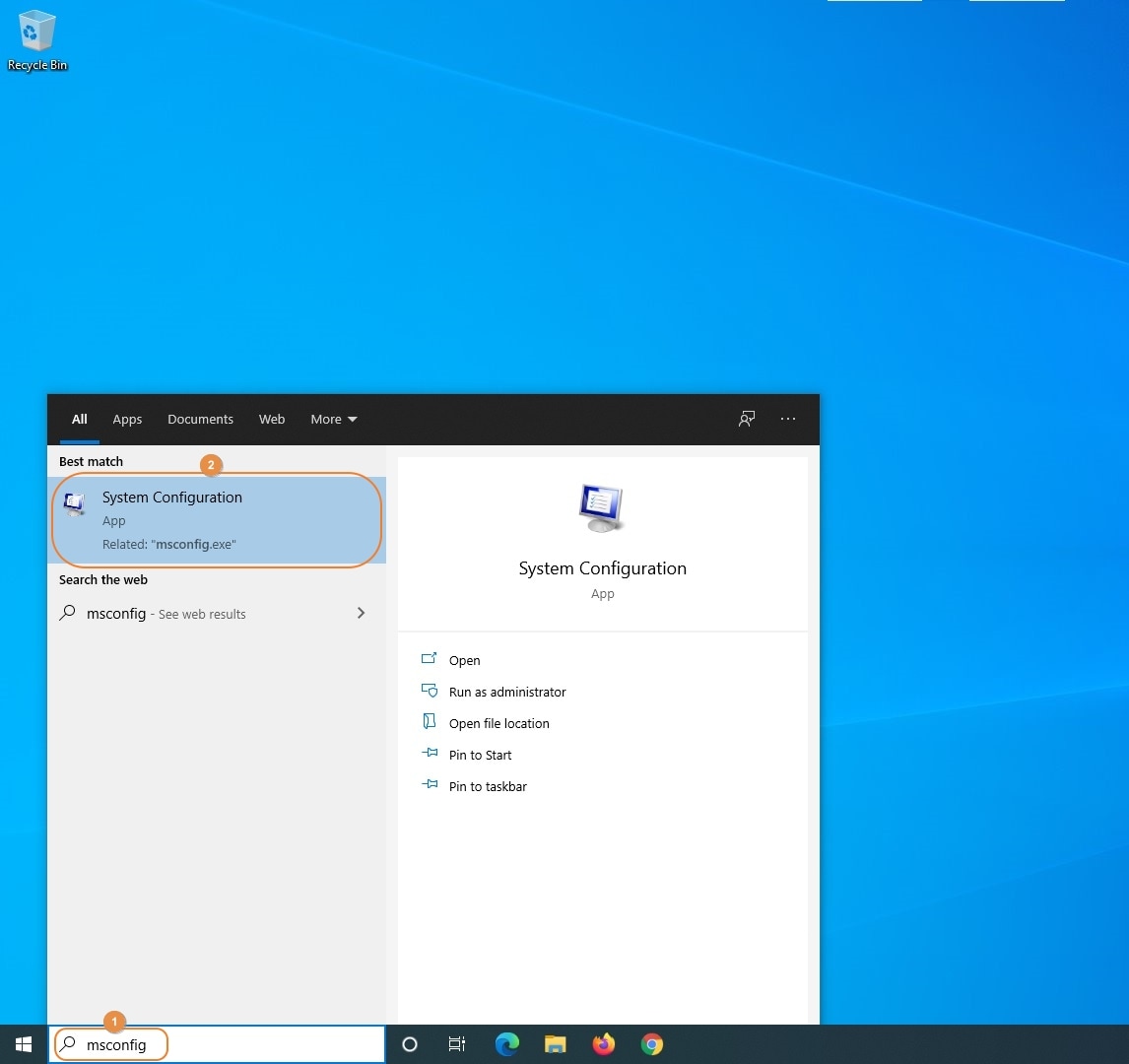 On the System Configuration box that opens up, go to the Boot tab. Ensure that the current OS is selected in the list present in the upper section of the box (applicable if you have two or more operating systems installed on the PC), check the Safe boot box from the lower part, make sure that the Minimal radio button is selected from the available list, and click OK. When the confirmation box pops up, click Restart. Once Windows 10 reboots in Safe Mode, try running the SFC /SCANNOW command from there, and see if it works this time. 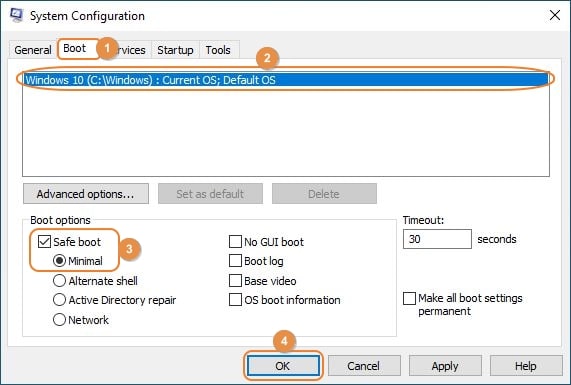 This solution requires you to boot Windows to the Advanced Startup Options screen, open Command Prompt externally, and then run System File Checker.

The entire process of how this can be done is explained in detail below:

Step 1: Get to the External Command Prompt Window

Power on your computer, and when the Windows logo appears, press the Reset button. Repeat this process until the operating system enters the automatic repair mode. When the next screen appears, click Advanced options. From the Choose an option screen, go to Troubleshoot > Command Prompt, click the name of the account on the next screen, enter its password when you are prompted, and click Continue to launch the Command Prompt window externally. 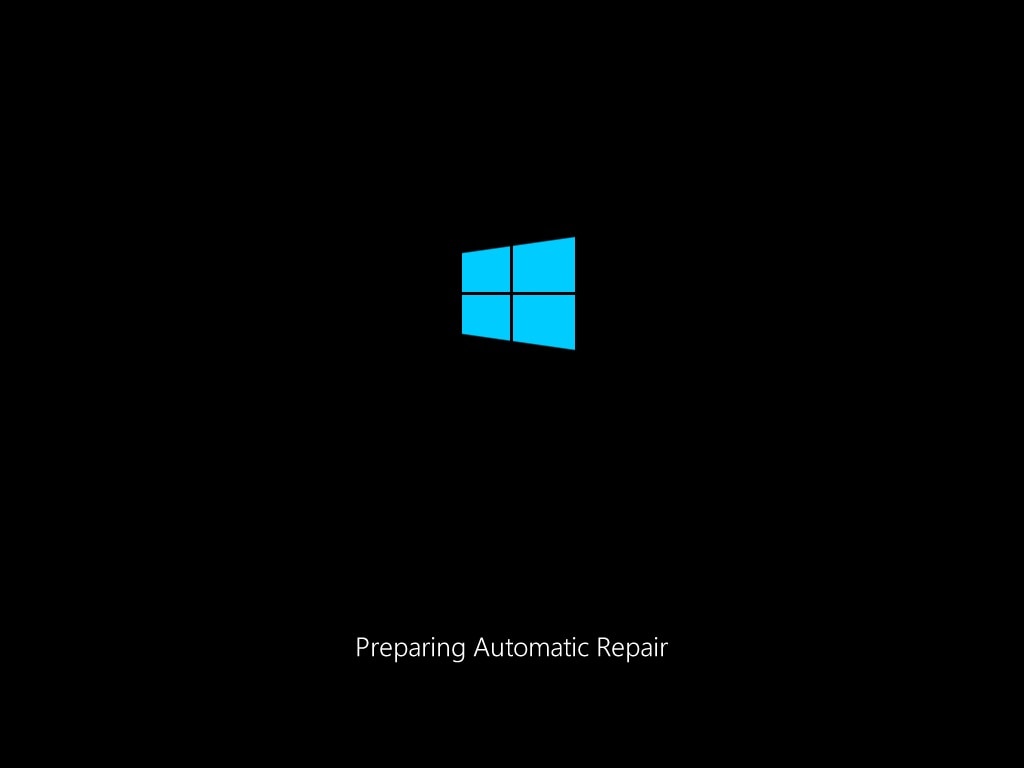 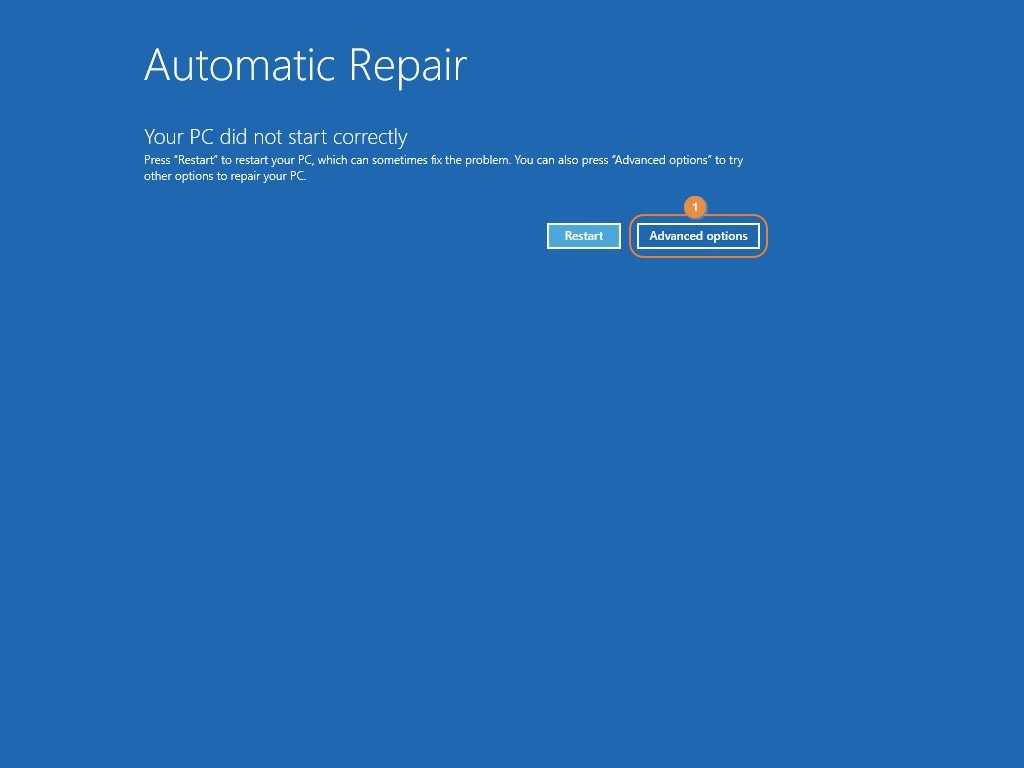 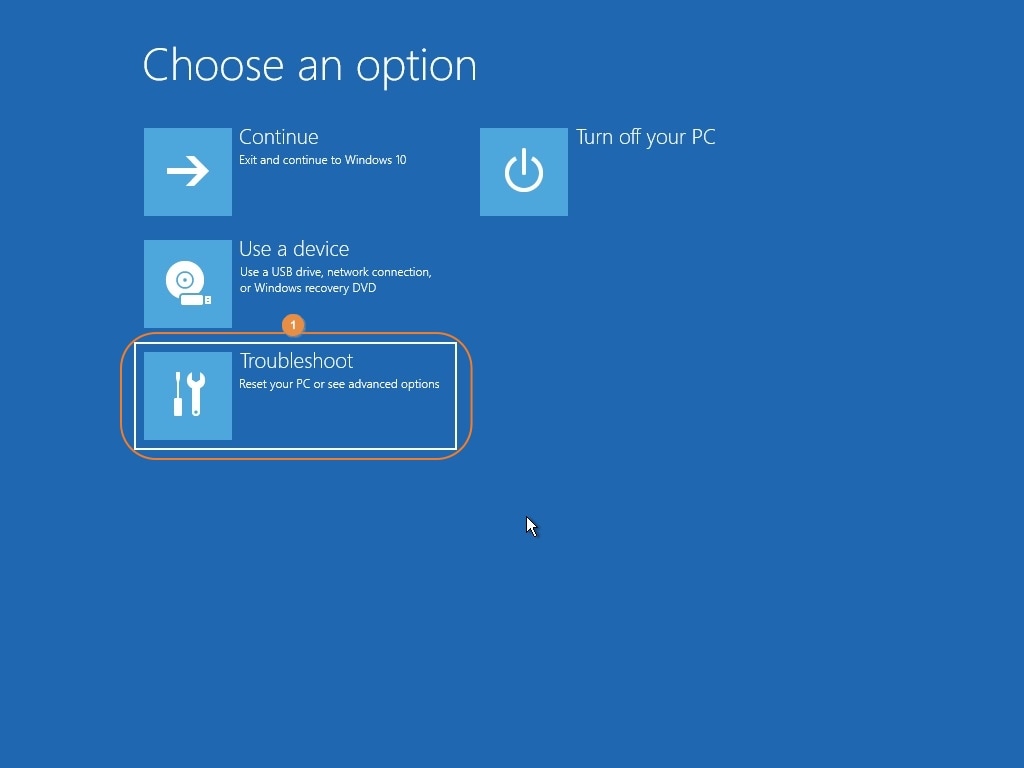 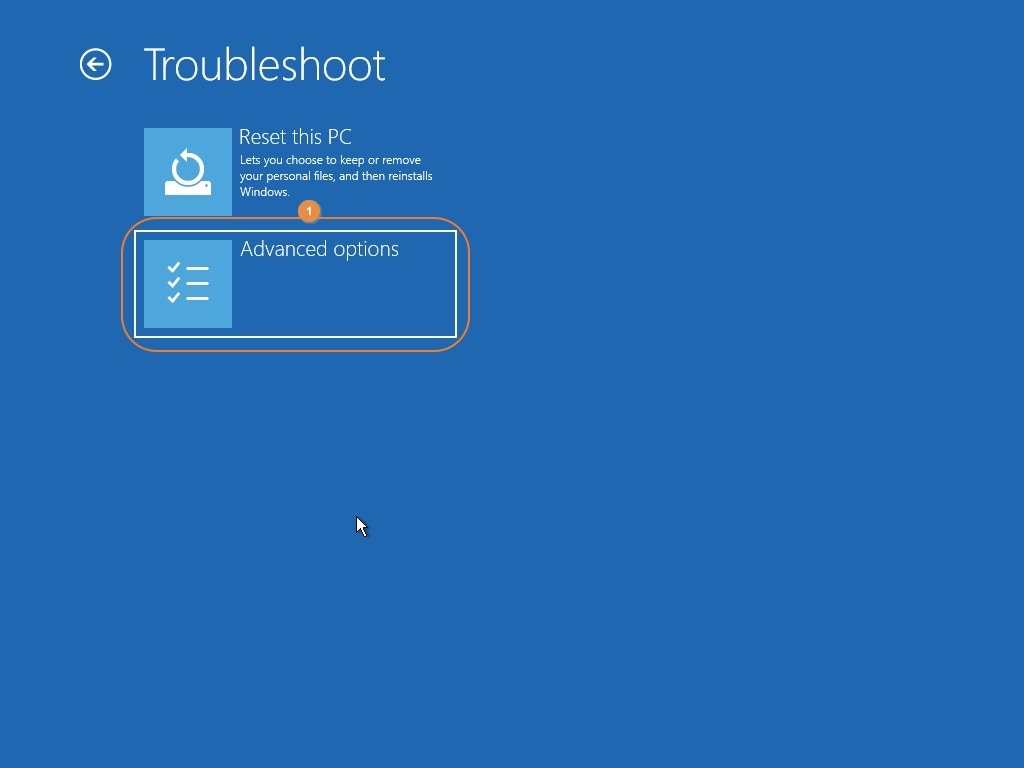 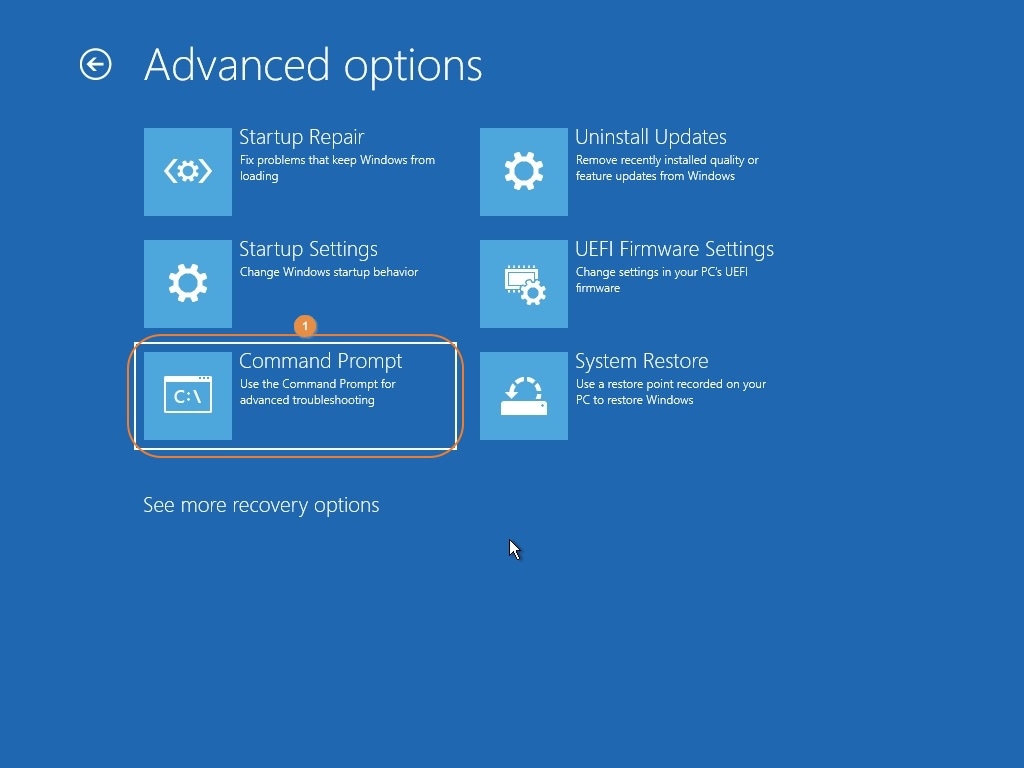 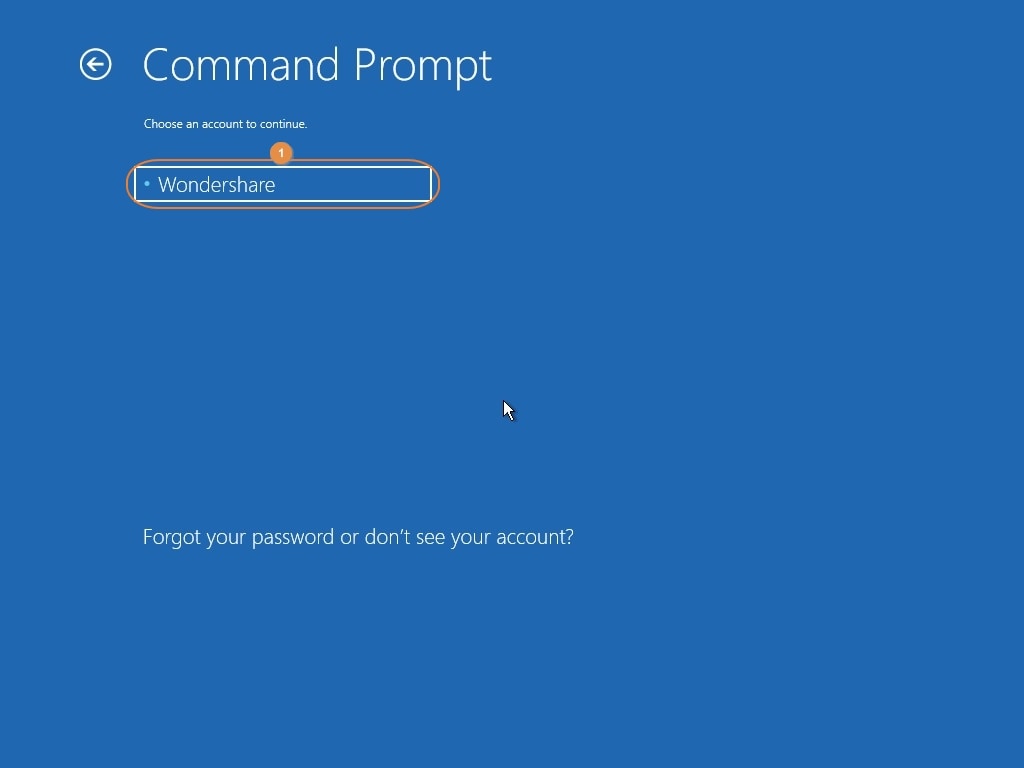 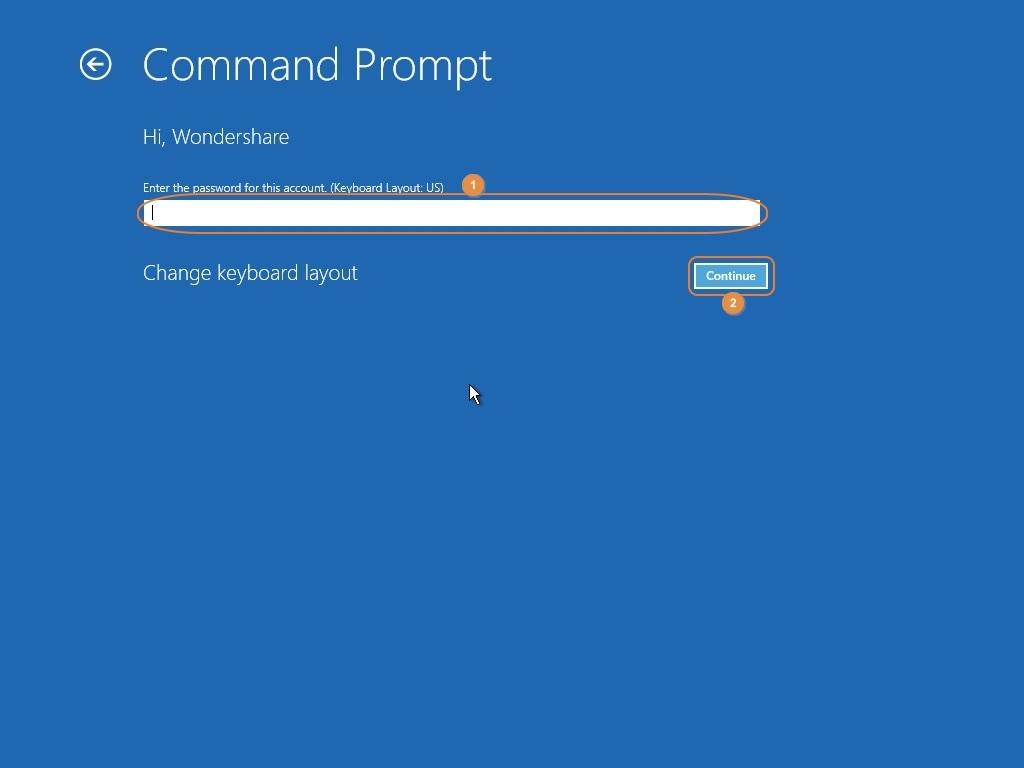 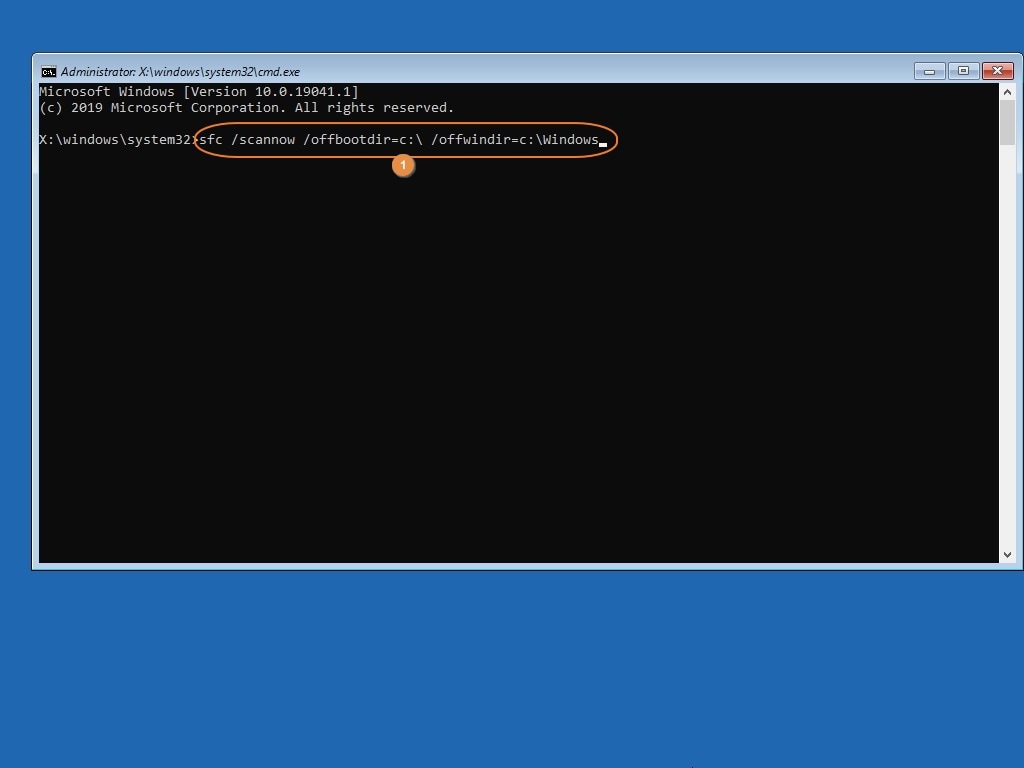 Once the SFC command completes the scanning and rectification process, restart your PC and see if the issue is fixed.

Tips to Avoid the Issue

Although the SFC and CHKDSK commands are sufficient enough to fix any issue that arises in the system files or the hard disk drive respectively, the tips given below prevent the problem from occurring in the first place:

The System File Checker utility can be executed from the command line interface using the SFC /SCANNOW command. Even though the tool could be considered a panacea for almost all the issues that Windows encounters, sometimes even SFC fails to run properly, and you are displayed with the ‘Windows Resource Protection could not perform the requested operation’ error message. When this happens, you can run the Disk Checker utility, run the command in Safe Mode, or open the Command Prompt window externally, and run SFC /SCANNOW with the /OFFBOOTDIR=C:\ /OFFWINDIR=C:\WINDOWS switches from there to fix the issue.

However, it is advisable to keep your Windows and device drivers updated, and hard disk optimized to prevent the problem from arising in the first place.

Q1) Is there any other command like SFC that I can use if this one fails to execute?

A1) The fact is, there are many alternative ways to resolve the issues that your instance of Windows comes across. These solutions include resetting the operating system, running the file scanning and repairing commands using PowerShell, etc. Microsoft recommends SFC as the first step to troubleshoot the problem because the command is easy to execute, and can provide the remedy in comparatively lesser time.

Q2) What to do if the SFC command fails to run even when Windows is running in Safe Mode?

A2) As suggested earlier, if at any point of time the SFC tool fails to execute from within the operating system, you can open the Command Prompt window externally after booting Windows to the Advanced Startup Options screen, and then run the command from there along with the /OFFBOOTDIR=C:\ /OFFWINDIR=C:\WINDOWS switches. The complete command should look like this:

Q3) Is it OK to try the other solutions to fix the issue before troubleshooting the problems with the SFC command itself?

A3) Of course, yes. Although the SFC command offers the safest and most straightforward solution for all the issues that Windows may stumble upon and that is why Microsoft recommends it, if you believe that the other workarounds could solve the problem comparatively easily and quickly, you can use them.