How to Startup Your Mac from a Bootable Media

A Mac system can be booted from bootable media instead of the primary startup disk due to certain situations such as troubleshooting fault, partitioning, repairing disks, update, reinstalling the operating system, or even format everything. This post will cover two ways of starting up your Mac system from bootable media.

To this end, you will need a bootable drive, whether it is a mirrored external drive or a USB installer drive for earlier versions of Mac. Any Mac system will be able to startup from Recovery partition using the Boot Manager whether it is running on Lion (10.7) or later versions.

Before we go into details on how to start up your Mac using Startup Disk preferences, let us take a look at the meaning of startup disk.

What is a startup disk?

A startup disk can be described as a partition of a volume or a drive containing a usable OS. It is important to emphasize here that your startup disk may not necessarily contain the Mac operating system.

For instance, if you are using Boot Camp, your Mac system can boot into Windows directly. Similarly, your Mac can also boot into any other OS, provided your Mac's hardware supports the operating system. You have the choice of setting your computer to either automatically using System Preferences or overriding the System Preferences using Startup Manager at boot time.

Step 2 Click on the Startup Disk pane. After clicking the startup disk pane, various disk icons will pop up 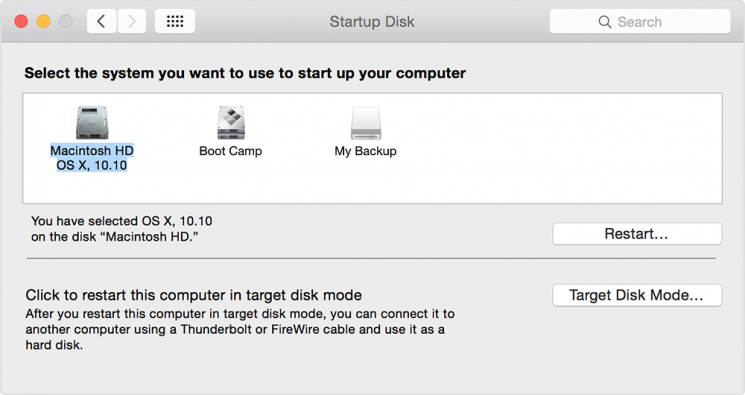 Step 3 Now, select your preferred drive of startup your Mac

Step 4 After selecting your preferred drive, restart your system

Step 5 Your Mac will restart using the chosen drive

Note: The computer will only boot using the selected devices unless you make a change from the System Preferences or using the startup manager to override it.

If the chosen device has been disconnected from your Mac, a question mark may appear on your screen during the next boot time. This is because the chosen device has been disconnected. If the question mark appears too often, then the only remedy is to press and hold the OPTION key and then start the whole process of startup your Mac using preferences all over again to select the proper startup device.

Part 2. Startup You Mac from Bootable media with Startup Manager

What is a Startup Manager?

The startup manager is an inbuilt application in which a computer user can invoke to choose a startup device during boot time.

There are several reasons why a computer can be started using a startup manager. Some of the reasons are;

Related: Further, read and know more complete details on booting Mac from the USB drive.
- 2 minutes to read it.

Now, let us explained how to startup your Mac using the startup manager. The following are the steps involved in starting up a Mac computer using a startup manager;

Step 2 As soon as the window pops up, release the OPTIONAL key. If your system is protected with a password, enter the password and release the button

Step 3 Now, select the startup disk and then click on the device's icon. Please note that if you hold down the control button at this stage, the selected device would be saved in your system preferences. Therefore, it will persist unless you change or override the device. 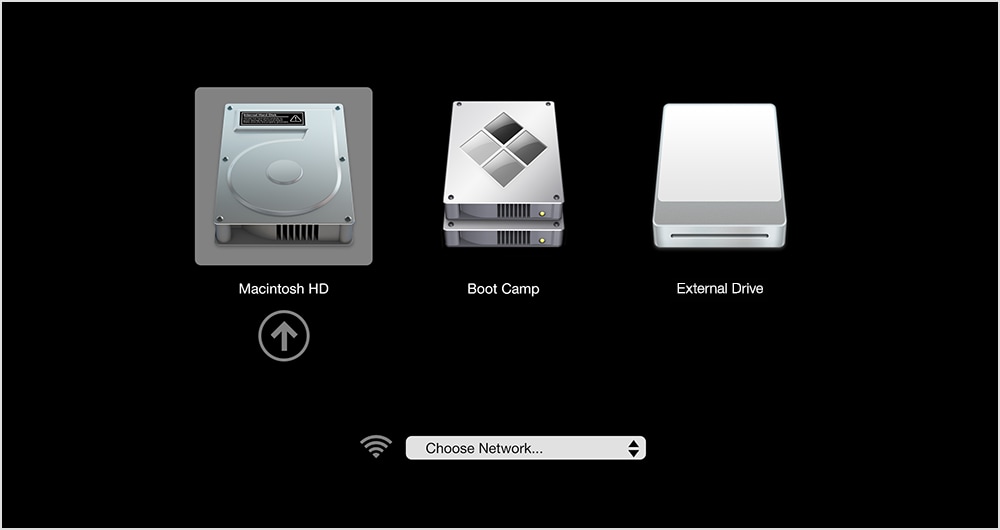 If your disk doesn't appear in Startup manager or Startup disk preferences, you should check for the following possibilities;

For security reasons, Mac computers that are updated in terms of software do not display boot media that have the option of ROM firmware. This security feature can be disabled on Mac computer models earlier than 2015 and beyond to automatically load Option Firmware.

Here is how to go about it;

Part 3. Other ways to Startup Your Mac

Safe mode: To simplify the process of troubleshooting those problems that are associated with your macOS, it is ideal to start up your Mac in a safe mode. Starting up your Mac in a safe mode will disable some features and then make only important components to load. Also, safe mode ensures that the startup disc is automatically checked and then resolves any issues with the startup process.

Video Tutorial on How to Boot Mac into Recovery Mode