Methods to Access Linux Ext2 or Ext3 on Windows

Instead, you’ll need a dedicated third-party tool that’ll allow you to mount ext2 and ext3 directories on Windows and access the data without any interruption. In this article, we are going to take a look at some of these tools so that you can easily fetch Linux Ext2 and Ext3 on Windows.

Part 1: What’s the Different Between Linux Ext2 and Ext3?

Both Linux Ext2 and Ext3 are dedicated file systems that are used to store and manage data on a Linux machine. While both these file systems resemble a lot of properties, there are a few key differences that separate them from each other. For instance, the Ext2 file doesn’t feature journaling whereas Ext3 supports the journaling functionality.

Apart from this, both these file systems have similar features including the maximum individual file size (16GB to 2 TB) and the overall file system size (2TB to 32 TB). Unfortunately, on a dual boot setup, you won’t be able to access these file systems within the Windows environment.

Unlike Linux, Windows doesn’t have built-in support for the Linux file system. That’s why it’s crucial to install a dedicated program to access the ext2 and ext3 file system in Windows.

Part 2: Why Do You Need to Access Linux Ext2 and Ext3 on Windows?

The truth is there are several situations when you may need to access the Linux file systems on Windows. For instance, if you’ve downloaded a file in Linux and currently logged into Windows OS, it would be much easier to access it within the same environment. Similarly, if you’re working on an Excel sheet in Windows and want to access a few reports from the Linux directories, it would be better to access Linux Ext2 and Ext3 directly.

So, here are the best tools to access and recover data from Linux ext2 and ext3 file systems on Windows. 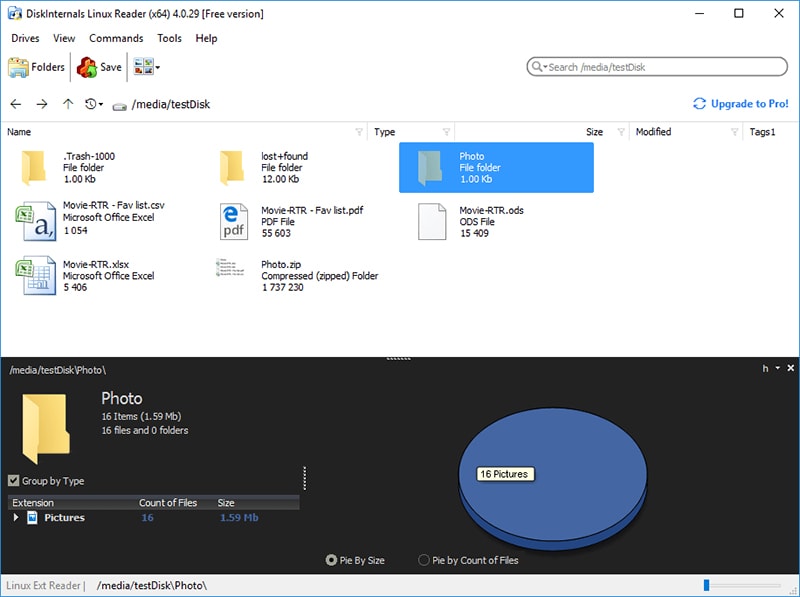 DiskInternals Linux Reader is the most popular Windows application you can use to read Linux file systems on Windows OS. With Linux Reader, you can mount the Linux partitions in Windows and transfer data from one platform to the other.
The software is available both as a free and paid subscription. That latter is called Linux Reader Pro and comes with a few additional features. Apart from reading data from the Linux partitions, you can also use the paid version of the tool to remotely access files via SSH on Linux.
Basically, if you’re looking for an easy-to-use solution to access Linux partitions on Windows, Linux Reader is the right solution. It’ll help you access data, transfer files, and remotely mount individual partitions.
Pros: 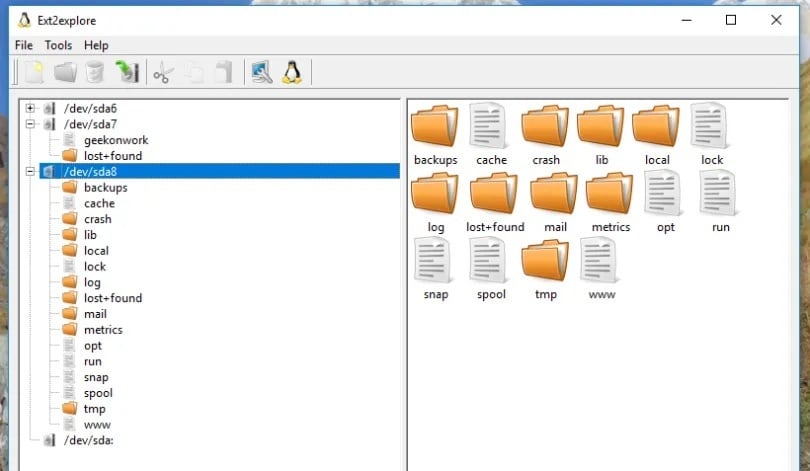 Ext2Explore is an open-source Windows tool that’ll allow you to mount and read Linux partitions in Windows. Unlike the previous two applications, you don’t have to necessarily install Ext2Explore on your system. You can directly download the executable file on your computer and run it with a single click.
Keep in mind that Ext2Explore will only run if you launch it as the administrator. Once you’ve launched the application, it’ll be a hassle-free task to access your Linux partitions. All you need to do is mount each partition. However, before opening a specific directory, you’ll first have to download it on your Windows system.

So, that concludes our guide on how to access Linux ext2 and ext3 file systems in Windows. If you also run a dual-boot setup on your PC, the above-mentioned tools will come really handy for you. Based on your requirements, you can choose any of these applications and they’ll make it way easier for you to manage data with the dual boot setup.

Linux ext2 and ext3 are two file systems that are used by Linux OS to manage user’s data. Both these file systems are exclusive to Linux only and there’s no direct way to access them on Windows. Ext3 is the modified version of Ext2, which was first introduced in 2005 and supports journaling too.

To copy data from Linux directories to Windows OS, you’ll need a dedicated application. Windows don’t support the Linux file systems and a dedicated Linux reader will act as an intermediary between both the operating systems.