How to rebuild RAID 5 without losing your data

When you have severe hard drive failure in the range of 5.1% per year and failure off old servers up to a high of 18%, the RAID 5 comes as a super valuable component. It is the technology to store and access lots of data safely without any failure complications. In technical terms, the RAID generally refers to ‘Redundant Array of Independent Disks.’ And, the breakdown of this meaning is that you get extra insurance of your data safety with single information stored on an array of disks. Today, in this guidepost, we’ll talk about how to rebuild RAID 5 without losing your data, which is one of the RAID types.

Your RAID array is failing even after continuous patching and monitoring. And, this is why you’re here to rebuild RAID 5 without losing your data. However, you should also note that rebuilding a RAID array is an extensive and pretty complex task to do, which we’ve tried our best to explain to you in the simplest terms possible. You have to rebuild RAID 5 even if your hard disk has stopped working temporarily. But, the worst-case scenario happens when more than one disk is involved in the failure issue. Thus, it will be only a matter of second to the failure if other disks perform and replace tasks instead of the defective disks. In such worst scenarios, you have to avoid the RAID 5 death at any cost.

You could find solutions if you already have a data backup. On the other hand, you have to go for RAID 5 Recovery Software to recover damaged RAID disk data.

But, the major problem with knowing how to rebuild RAID 5 without losing your data is the negative impact of latency performance. And, in the cases that RAID is not built perfectly, even undertaking its entire rebuilding process. The waiting period is directly proportional to the configuration of capacity drives.

Given below are the causes needed to know to avoid rebuilding incorrect RAID array.

Now, let’s discuss these causes in a bit of detail as follows!

Let’s understand the RAID 5 disordered array with an example.  Say, the data was initially present on C1 of Stripe 1 of Disk 2. This data gets rewritten with new parity during the RAID rebuild. And, it will lead to the treatment of Parity on Disk 3 as a data disk and not parity. This whole scenario creates ‘Logical Volume’ corruption. Ultimately, all the disks mentioned are damaged.

It is also imperative to run volume repair tools like FSCK, CHKDSK, and similar on the system due to logical volume corruption and parity build. Sometimes, these utilities also cause severe damage than repairing.

Rebuilding rests upon two factors, i.e., Parity and Array configurations. The fault in either of these configurations will lead to the misappropriate functioning of Array. What happens in the rebuild RAID configuration is that the Parity gets updated with a zeroed disk instead of an HDD rebuild. Here, the original Parity is destroyed by rebuild RAID, and then the zeroed disk prevents the drive rebuild. Consequently, it will be challenging to recreate missing or damaged HDD.

In this case, the data will become unusable due to a fault in the Operating System. Here, the Operating System of a rebuild cannot correctly read the metadata sections, which causes logical corruption and data being made unusable. This logical volume corruption will trigger the admin to run the volume repair tool and repair logical drives, which is the main reason for further damages.

Part 2: Solutions to rebuild RAID 5 without losing your data

Before we directly dive into the solutions of how to rebuild RAID 5 without losing your data, it’s crucial to consider few essential factors as given below. It’s because the RAID 5 rebuilding process doesn’t always flow smoothly.

Vital Considerations to rebuild RAID 5 without losing your data

As earlier mentioned, even a single hard drive failure can lead to a complete RAID failure if your RAID system is not fault-tolerant. And, you should rebuild RAID 5 after five disk fails if your system has a fault-tolerance of 5. As the RAID rebuilding task is risky, you can hire a RAID recovery specialist if you’re not confident enough to do it independently.

Understand your RAID level before you start the RAID data recovery. You need to know all the aspects of an array’s configuration. In this case of RAID 5, the level of data storage and redundancy is 5. Now, you know the class, you can start labeling the cables, wires, drives, ports, or controller configuration, etc., leading to the disconnection of each disk in the Array. These disks should then connect to a controller before running the RAID recovery software. So, understand all these array parameters as profoundly as possible for successful rebuild execution.

Now, you need to ensure the proper working of newly replaced disks. Check that your controllers are in good condition before starting the rebuild process to avoid any future problems. You could corrupt or lose data if you try to rebuild RAID 5 with a faulty controller.

Be well prepared by cloning all the disks in the RAID array to ensure your absolute data security. Imaging your drive means you will put in the backed-up Array. Remember to label every backup clearly while mirroring the drives to maintain proper order if you ever need to reconstruct volume from these reserves.

Do not delete any files ever before the whole process of rebuilding gets done. Often, users delete specific files to have some extra space during the rebuild process. Also, don't utilize file system tools like CHKDSK to try recovery. It can seriously worsen the whole issue!

As a significant precaution, you shouldn't create any new file or run any important application during the data recovery. It is because the new files can overwrite data available on the corrupted disk.

You need to take a backup on a separate volume. Also, you shouldn't overwrite data inactive volume as it can lead to an unrecoverable damage.

Solutions to rebuild RAID 5 without losing your data 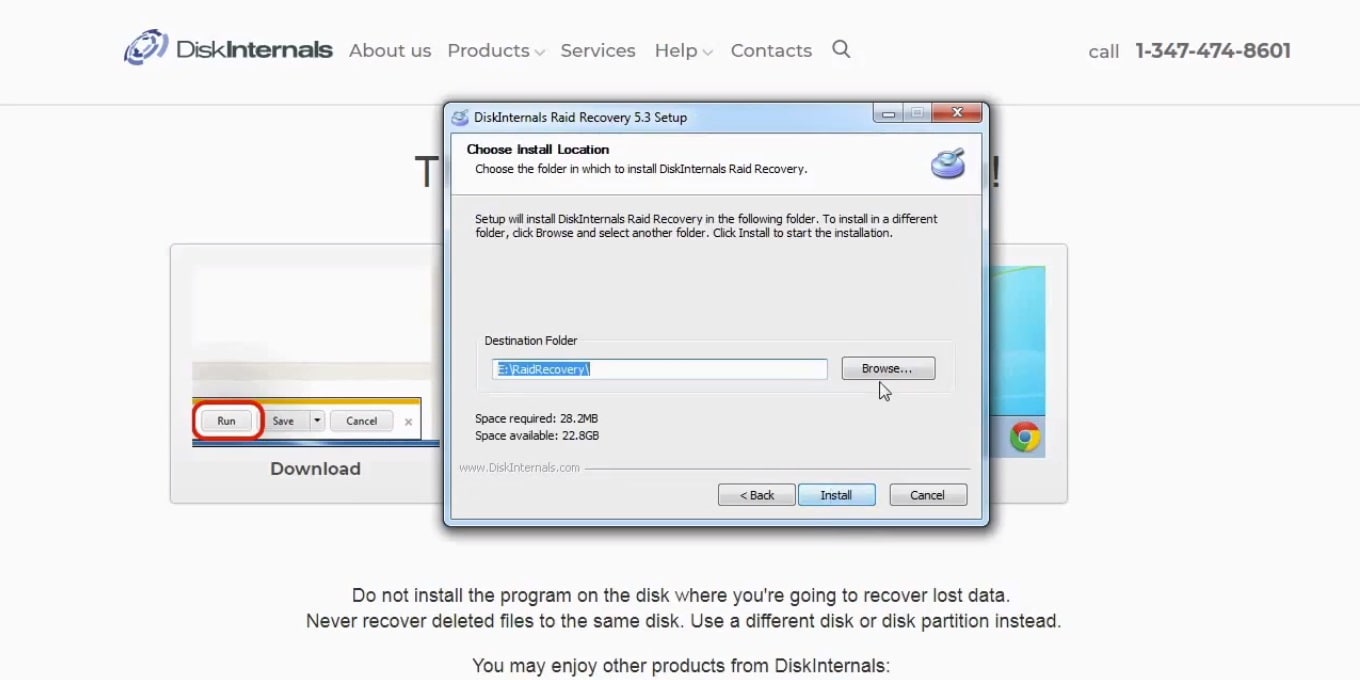 Part 3: Tips to rebuild RAID 5 without losing your data

So, these are the two best tips to follow along with the important considerations while using the DiskInternals Rebuild Data Recovery Software while you rebuild RAID 5 without losing your data.

So, this was all about how to rebuild RAID 5 without losing your data. We've tried to use simplistic language and ease the process as much as possible. Also, the process will get automatically seamless if you care, considering the critical factors to avoid any complications and use the best RAID recovery software as mentioned above.

No, RAID 5 is not on auto rebuild. You have to follow the appropriate process to rebuild RAID 5 without losing your data, as mentioned in the above bunch of information.

Each rebuild session takes around 15 hours and can be longer than that.

The disk array status will change to 'Degraded' when a single RAID 5 disk array fails. However, the disk array is still functional because you can rebuild the failed disk data using the data or Parity on the remaining disks.