How to Mount APFS Drive on Linux

APFS file systems can now be read on Linux too. Keep reading to learn how. 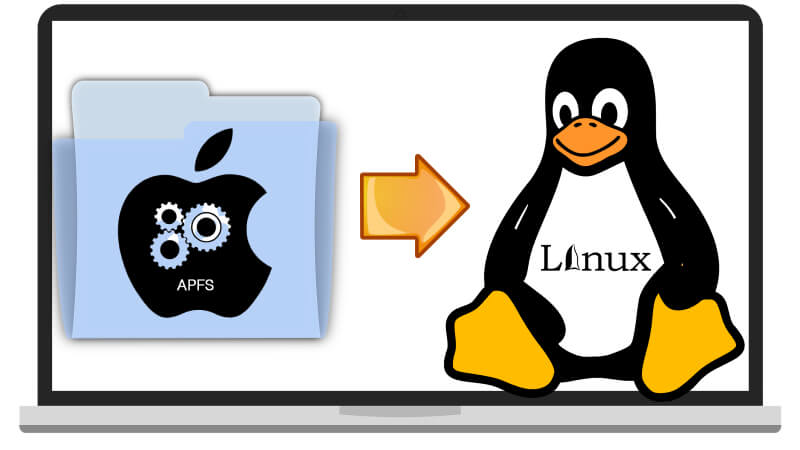 The Apple company changed the default macOS file system in High Sierra and above from HFS+ to APFS in 2017. The most noticeable difference between HFS+ and APFS is their time stamp granularity (one second in HFS+ vs. one nanosecond in APFS). However, this file format is technically not supported by Linux or Windows, but throughout this article, we will teach you how to mount an APFS drive on Linux. The first method you will learn is cost-free and somewhat time-consuming. The second method will show you how to use the Paragon software for mounting the drive.

01 How to Mount macOS APFS Drives on Linux
02 FAQs

How to Mount macOS APFS Drives on Linux

As we mentioned earlier, the APFS file system is not readily accessible on Linux. However, whatever the reason for Apple’s decision, there are both free and paid-for methods you can use to read APFS files on Ubuntu.

The APFS-FUSE is a FUSE driver released in 2017 and give you read-only access to APFS files.

It is a read-only fuse

Firm links are not supported

Some compression methods are not yet supported

Let’s see how it works.

Step 1: Open Terminal and copy the below command into the Terminal to compile the source code. After the first line of command, you will need to enter your password.

Step 2: To clone the repository, run the below command into the Terminal. 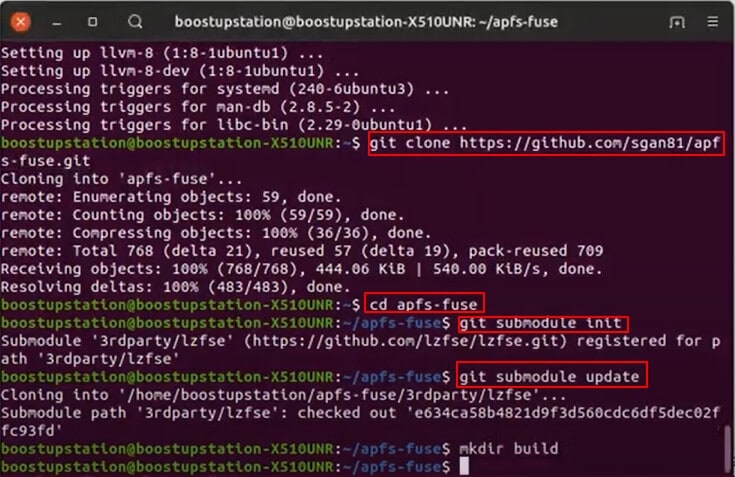 Step 3: to compile your driver (which uses FUSE 3.0), copy and paste the following command line. 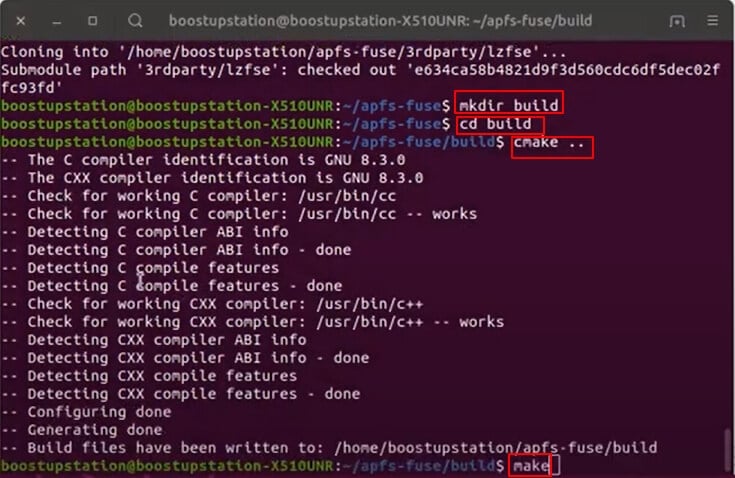 Step 4: Finally, you need to mount the driver via the command line below.

The APFS for Linux by Paragon software allows the users to read and write data on storage formatted to APFS. This product is a paid-for program, and the main difference between Paragon APFS and APFS-Fuse is that this software enables you to write on the drive too.

Efficient use of hardware

Access type to APFS encrypted volumes and snapshots is read-only

Does not support fusion drives and T2 security chip encryptions

The Paragon software is currently being sold at $39.77. You can also immediately download it as a free 10-day trial. But, first, let’s see how it works.

Step 2: Connect the APFS drive to your computer. 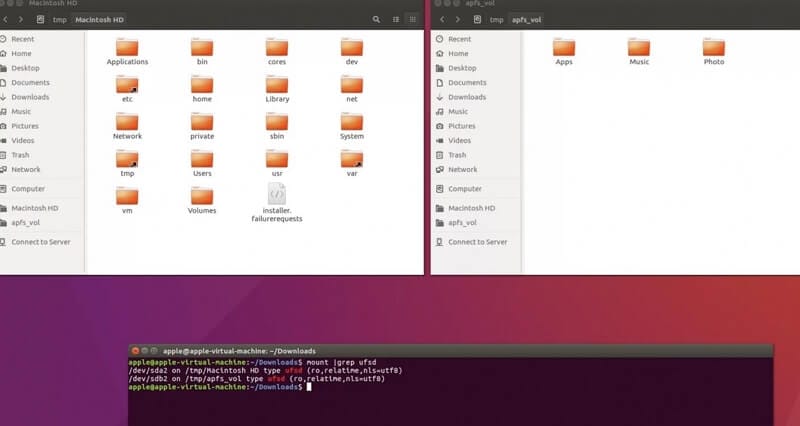 Step 3: Mount the drive and use it with any file manager.

No. Linux does not officially support APFS since the file type was initially made for macOS, but as we have shown throughout this article, there are ways to access, read, and write on APFS files.

Is APFS only for macOS?

Yes. The Apple company released the APFS file system to replace the former HFS+ because of its advantages over the former file system. However, this does not mean that people who use different operating systems cannot access APFS files.

Yes. There are different methods that users can incorporate to read macOS drives. The former HFS+ file system was straightforward to read since the requirements were built into the devices; however, the modern APFS format is still readable but has time-consuming tasks you must perform.

Yes, you can use Paragon APFS for Linux software or APFS-Fuse to read APFS files on Ubuntu. Remember that Paragon is a paid-for solution with a 10-day free trial period. Using APFS-Fuse is best for people looking for a free solution.

Can I access APFS files on other operating systems too?

Yes. You can download the Paragon software on windows as well. The product allows windows users to read and write on APFS files by paying a small fee.

The APFS format is exclusively made for macOS, but there are methods to access them on other operating systems like Linux. The free solutions are more easily accessible but come with specific difficulties; however, the Paragon Software is relatively easy and doesn’t require you to type several command lines.