How to Recover Data from RAID 6 Drives – 2 Methods

To keep server data secure and accessible, RAID 6 is the prime choice for many organizations. But what to do if the loss is too extensive? Read on to find out all about RAID 6 data recovery.

“Is it possible to recover data from RAID 6 drives after a disk failure?”

Yes. Throughout this guide, you’ll learn about the risks of failure for RAID 6, how to minimize them, and the data recovery process through parity and third-party RAID 6 recovery software. As the latest RAID (Redundant Array of Independent Disks) iteration featuring more reliable database access, RAID 6 is used by government and privately-owned organizations. However, RAID 6 disk failure instances can still occur, either through ransomware or hardware disruptions. It is, thus, a great idea to keep a few things in mind regarding RAID 6 data recovery.

RAID 6 array stores data and its parity in a striped block form. That means each block contains some portion of the data stored in all the active disks. The parity is stored in either of the two backup disks. In regular functions, you can access the data on the disks using the address attached to each data block. 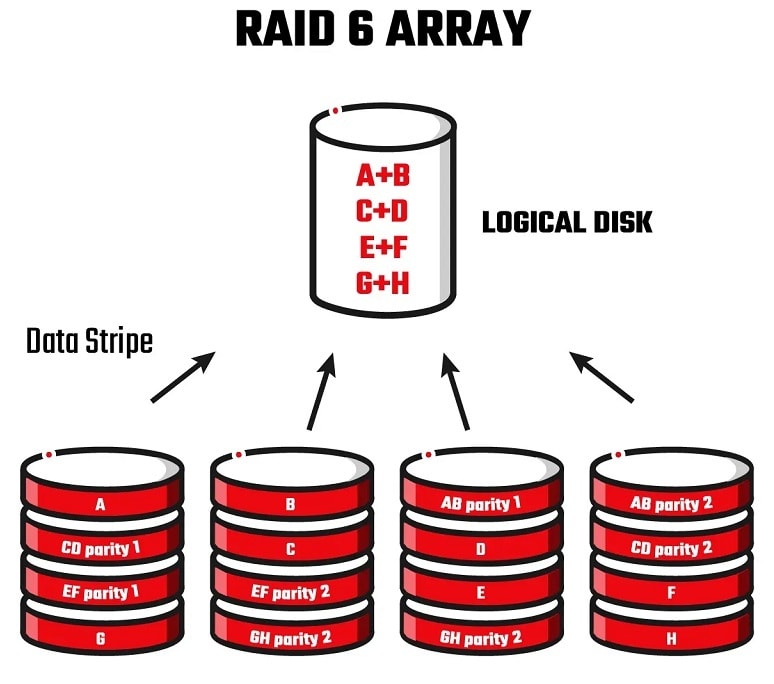 You can recover the lost RAID 6 data through its corresponding parity if a failure occurs on one or two disks simultaneously or consecutively. However, there might be instances of extensive data loss on more than two disks, which is when a third-party RAID 6 recovery software can lend you a hand.

Here are a few reasons due to which your RAID 6 disk may run failure or go intact.

Some sure signs or symptoms would reveal to you that the disks of RAID 6 are infected or the array hard disk has encountered failures.

If you encounter any of these, it is best to check the entire server system thoroughly as soon as possible. Scan all the disk sectors for any viruses or corrupted data. It also pays to secure physical wires and cables to each station.

Part 2. How to Recover Data from RAID 6 Disk Failure?

You should stay calm if your server experiences a disk. In most cases, you can recover the data without physically removing the disks. Depending on the extent of the damage, you can utilize any of the following methods for RAID 6 data recovery.

If you experience a single or dual-disk failure, you can recover the data through parity reconfiguration. Since most servers today use Linux, let’s observe how you can do it through mdadm:

It will fetch you a report to show if any drives have failed or been removed. The information looks something like the following image. 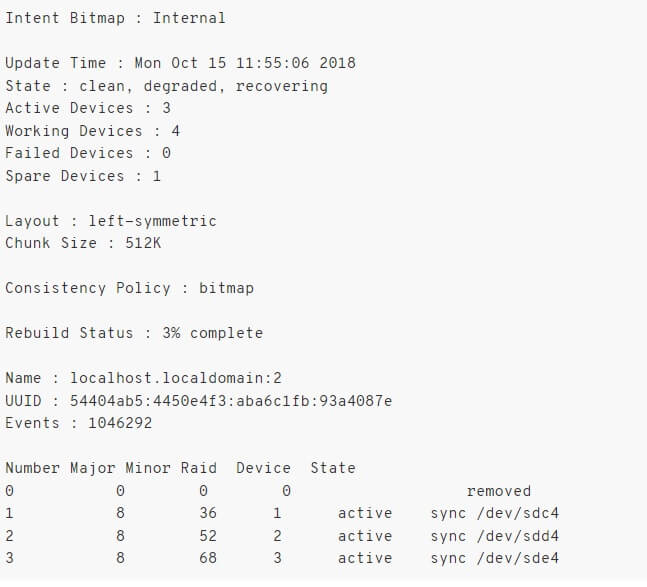 It will show you the status of all the drives within the RAID 6 array. If you see (F) next to the drive name, that means the drive or partition has failed.

Note the serial number to remove the disk once it’s been isolated from the system.

You can replace 'sdb4' with the appropriate disk number. After giving the above command, you should recheck the array's status using 'cat /proc/mdstat.' It should no longer display the failed disk. 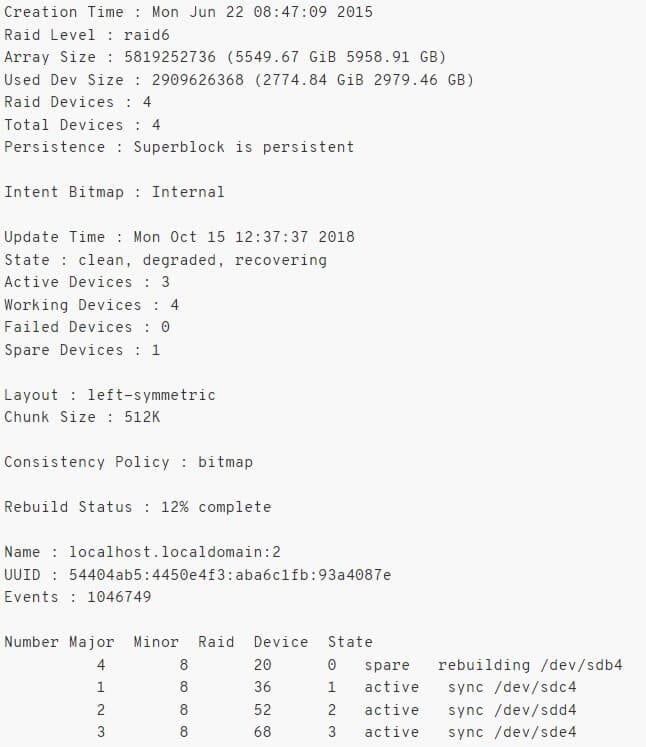 You can repeat the same process to recover data for another failed drive.

If you Google 'raid 6 how many disks can fail', you’ll know that the configuration allows for a maximum of two disk failures. Thus, you need RAID data recovery software for three or more disk failure.

After downloading Recoverit RAID 6 recovery software, you can recover your lost data in 3 simple steps.

Launch the application and go to the Hard Drives and Locations tab. Choose the RAID 6 drive(s) for which you wish to recover the data.

Once the location is specified, Recoverit will start an all-round scan and display the data found on the disk or site.

Once the scan completes, you can browse through all the recoverable files. Use the Preview button to see if it's the correct file you want. Select the required files and finally click on the Recover button.

There are a few crucial things to remember if you want to avoid the hassle of data recovery for your servers. They include but are not limited to

Maintaining server data integrity is hard, even when using the most advanced configuration. We hope you learned all about the RAID 6 recovery process. Do you still have any queries? Let us know in the comments below.

What are the factors responsible for data loss in RAID 6 arrays?

RAID 6 array can withstand data loss even if two disks or array gets affected, but sometimes hard drive failures result in data loss. To be specific, Intensive rebuild or electrical events, logical failures, accidental file deletion, software errors, and virus damage are the critical factors responsible for data loss in a RAID 6 array.

In RAID 6, how many drives you need?

To implement RAID 6, you need a minimum of 4 drives and a maximum of 32 drives. Whatever the drive count is, the usable drive capacity to ensure data integrity is two arrays.

Are there any complications during RAID 6 Data Recovery?

Is it possible to recover data from RAID 6 with three or more disks failure?

Unfortunately, the answer is no. If it is just a dual-disk failure, data restoration or recovery is possible, whereas, in three or more disk failures, you need to restore the data from previous backup files only.