It’s no secret that Apple’s M1 chip has taken the tech world by storm. The M1 chip is designed for Apple’s MacBook Pro laptops and offers incredible performance and efficiency. However, there’s a lot of debate over M1 Pro vs. M1 Max chips.

In comparison, M1 Pro vs. M1 Max, the former is more affordable and has a faster CPU than M1 chip. However, the latter is more powerful with a 24-core GPU and more SSD space, but is more expensive.

In this blog post, we’ll compare M1 Pro vs. M1 Max and see which one comes out on top. We’ll compare their similarities, dissimilarities, performance, and price to help you make an informed buying decision for your needs.

As technology advances, the capabilities of devices continue to increase. The new Apple M1 Pro and M1 Max chips are no exception. Both chips are designed on Arm architecture, offering the same core functionalities. 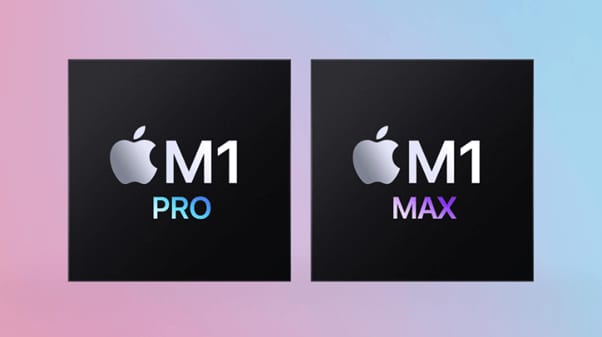 Here are some of the similarities between M1 Pro and M1 Max:

Following are the differences between M1 Pro and M1 Max chips:

The release of the new Apple M1 Max has been met with much fanfare as it is the most powerful laptop that Apple has ever released, and comes with a slew of features making it a more than worthy contender in the world of laptops. But how does it come out when compared to the already existing Apple M1 Pro? 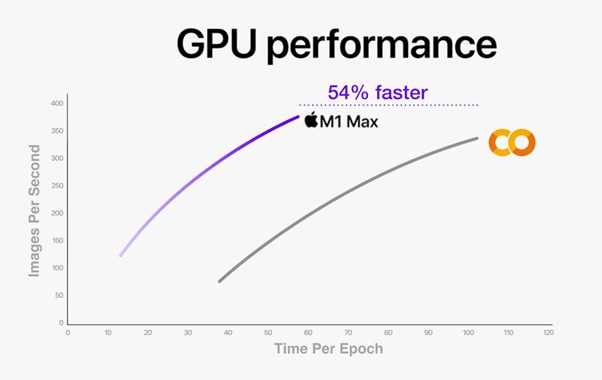 In terms of performance, the M1 Max is in a league of its own as has a faster GPU and more RAM than the M1 Pro, making it better equipped to handle demanding tasks. The M1 Pro is no slouch when it comes to performance, but it can't quite match the M1 Max.

If you use Xcode for web development, you will be able to build your project 3.7x faster with both M1 Pro and M1 Max.

Moreover, when both processors' memory is tested, the results show that you will experience zero performance hiccups even if you are working on multiple apps simultaneously.

Part 4. Should I Buy MacBook Pro with M1 Pro Or With M1 Max?

You Should Buy A MacBook Pro With M1 Pro If… 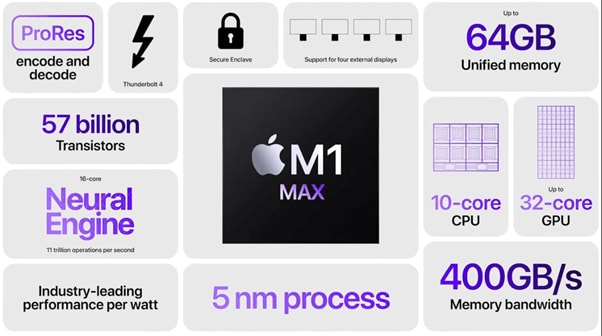 You Should Buy A MacBook Pro With M1 Max If...

If you're looking for a new MacBook Pro, you may wonder if you should buy the model with the M1 Max processor. Here're a few things to consider that may help you make your decision:

So, should you buy a MacBook Pro with M1 Max? Only you can decide, but we think it's a great laptop.

In this article, we’ve compared the Apple M1 Pro vs. M1 Max and discussed their similarities and differences. We’ve also compared the performance of the two chips with the M1 chip and their prices.