Apple M1 Chip Vs. Intel i5: A Comprehensive Review

Apple's new M1 chip has been praised for its energy efficiency, speed, and overall performance. However, when comparing the Apple M1 chip vs. Intel i5 processor, which one is better?

In Apple M1 chip vs. Intel i5, the former has caused quite a stir in the tech world, as it offers significant performance improvements over its Intel counterpart. Some users say it's a game-changer, while others claim it's not much different from the Intel i5 processor.

Although, the M1 chip offers increased performance, enhanced speed, and better battery life. But how does it stack up against Intel's i5 processor? In this article, we will provide a comprehensive review of the Apple M1 chip vs. Intel i5 to give you detailed information about both chips.

Part 1. General Information About Apple M1 and Intel i5

Apple M1 is a chip designed by Apple Inc. It is their first custom System on a chip (SoC) and has an 8-core CPU with four high-performance cores and four high-efficiency cores. The M1 chip is 64-bits and has an 8-core GPU as well as a 15x faster Neural Engine. The chip is based on the 16-core Arm architecture and is manufactured by TSMC. 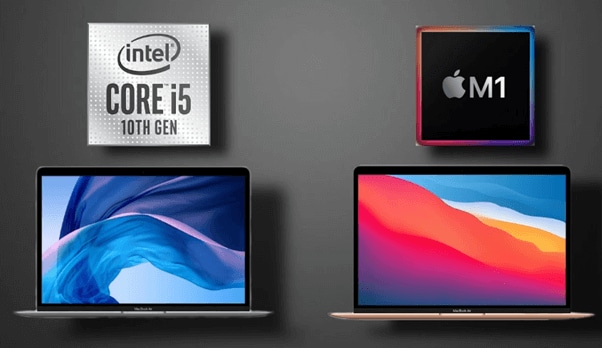 On the other hand, the Intel i5 is a line of mid-range processors from Intel. It was released in September 2009 and is still in production. The i5 is a 64-bit processor with 4 cores, 8 threads and uses the Intel Core microarchitecture. It comes with a 2.9 GHz of base clock speed and can Turbo Boost up to 4.1 GHz.

The Apple M1 chip is the latest processor from Apple, and it boasts some impressive performance enhancements over the previous generation of Intel processors. In this review, we'll take a look at how the M1 chip stacks up against the Intel i5 in terms of raw performance, power consumption, and features. 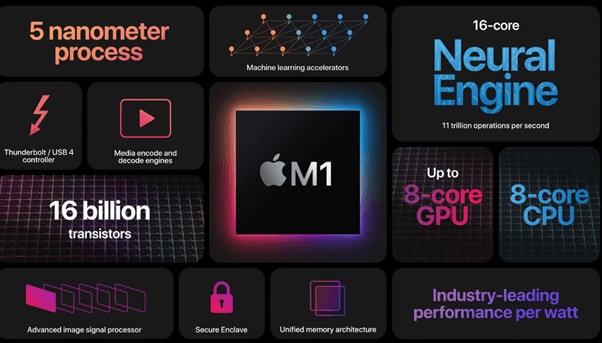 When it comes to laptop processors, there are two main brands: Apple and Intel. Both companies have been in the business for many years and have released several different types of processors.

Here are some key differences between the Apple M1 chip and the Intel i5:

So, which processor is right for you? It depends on your needs and preferences.

CPU performance benchmarking is the process of measuring the speed and efficiency of a CPU. This can be done for a variety of reasons, such as to see how a new CPU compares to an older one or to compare the performance of different types.

As Apple's new M1 chip has been praised for its performance, with some even saying that it outperforms Intel's i5 processor. But how does the M1 chip really compare to the i5?

To find out, we ran some benchmarks on both processors.

The new Apple M1 chip is a big step forward for the company, and it has some serious implications for the future of Intel. Here's a quick rundown of the major features of the two chips:

The Apple M1 chip is being touted as a major performance upgrade from the previous generation of processors. The M1 chip has ARM architecture, while the Intel i5 is based on the x86 architecture. So, how do these two processors compare in terms of performance?

In general, the M1 chip is faster than the i5 processor. However, the i5 still has some advantages over the M1, such as a higher Turbo Boost frequency. The Apple M1 chip is also more energy efficient and delivers up to 2x faster SSD performance than the Intel i5.

The Apple M1 chip offers significantly better performance than the Intel i5 chip. The M1 is faster, more energy efficient, and provides smoother graphics than the i5.

Both the Apple M1 Pro chip and the Intel i5 are very powerful and can handle many tasks. So, which one is better? 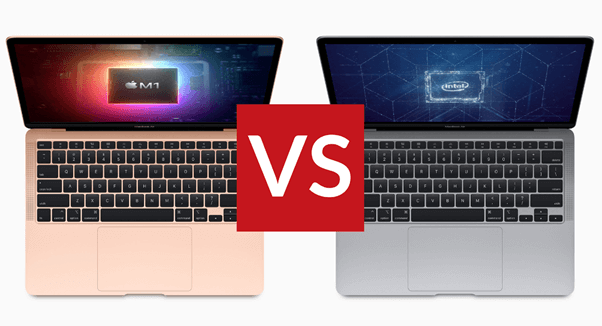 The answer to this is not simple as it depends on a number of factors, such as the type of tasks you want to perform, the speed you need, the amount of power you need, and the price you are willing to pay.

If you are looking for a fast and efficient processor with improved security features, the M1 chip is better than i5. On the other hand, if you use traditional or non-native apps, the Intel i5-based Macs are perfect for you.

Yes, the Apple M1 chip is better than Intel Core in many areas.

What Intel Chip Is Equivalent To Apple M1?

Intel i5 chip is equivalent to Apple M1.

In this article, we’ve provided a detailed review of the Apple M1 chip vs. Intel i5. We discussed the key differences, benchmarks, and features of both processors. We also discussed which processor is better, i.e., the M1 Pro chip or Intel i5.

Hopefully, the information provided in this article were helpful and resolved your queries related to the M series chip and Intel processor.