Do You Kkow Why do People use Bug to Describe Loophole in Computer OS or Programs?

In today’s tech-driven world, most of us use a computer and have encountered the word "bug" at least once in our lives. Whether it is malware or a technical glitch, it is called a bug. Also termed as a software bug or computer bug, it is ubiquitous in the IT world.

But have you ever wondered why it is called bug or not anything else? Who coined the term “bug?” First things, first! The word "bugs" has existed since the invention of software and the computer.

So, if you want to know why "bug" is the term for referring to all kinds of loopholes in computer programs, read on:

Part 1: What is a computer bug? 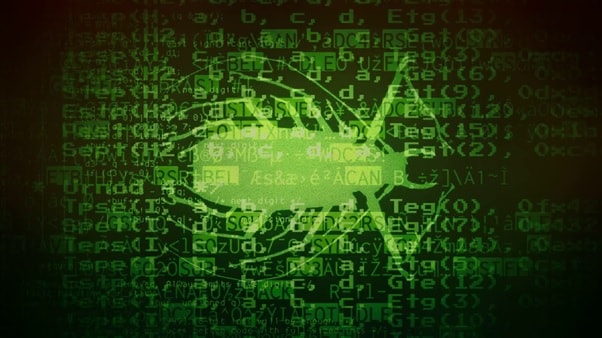 Formally, a computer bug is defined as:

An error, flaw, or fault in any computer software or hardware system. It results in unexpected and unwanted results, causing the system to behave weirdly. Put simply, and it is any fault in the computer system that keeps it from performing what it is intended to do.

Most bugs take place because of mistakes caused by developers while creating the code or the design. There could be errors in the components or operating systems used by the program in question.

Some bugs could result from errors in translation between languages, resulting in illegible or incorrect code. It can be a subtle bug or can result in a system crash or freezing. Some bugs can cause security issues and enable malicious users to obtain unauthorized access to your system.

Important note: Computer viruses are not bugs. Viruses can replicate, but bugs do not.

Part 2: Evolution of the Term BUG

The term "computer bug" may be a relatively new word. But it has been used in the formal engineering world for quite a long time. The concept might date back to 1843 when Ada Lovelace, a UK-based English mathematician, and writer, referred to problematic program cards in the analytical engine of Charles Babbage. Lovelace spoke about wrong orders performed by the analytical engine, referred to as cards, not bugs.

The first recorded use of the word “bug comes from Thomas Edison. In a letter he wrote in 1878 to an associated, he wrote, “I find a bug in my apparatus of telephones.” 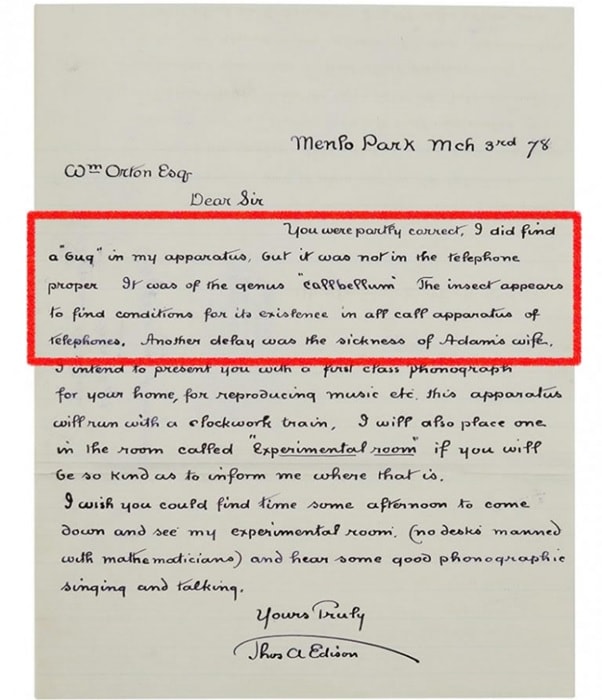 In November of the same year, Edison wrote to Theodore Puskas, “This thing gives out bugs – as such little faults are called.”

So, as we see long before the computer landscape started using the term bug, it was pretty common in mechanical systems. Engineers and technicians would use the term to describe errors and faults.

But the late, great Isaac Asimov is probably the one who made the term "bug" popular in the general public. He used the word in 1944 to refer to issues with a robot. The American writer and professor wrote, “U.S. robots had got plenty of bugs out of multiple robots used for field-testing.

As per the ACM’s digital library, the word also appeared in three different official papers from 1952. Next, the word “debug” also appeared in the computer age. By 1963, the words “bug” and “debug” became so much common and were mentioned in the Compatible Time-Sharing System (CTSS) manually. The terms were used without any major attempt to explain their meaning.

Reportedly, it is said that the first usage of the word “bug” for computers was recorded on September 9, 1947. Interestingly, it was a real-life moth preserved behind an adhesive tape on the logbook of machines.

On the same day, a leading computer engineer, Grace Hopper, found an error on the Mark II to a dead moth. He carefully removed and taped the inspect to the logbook. 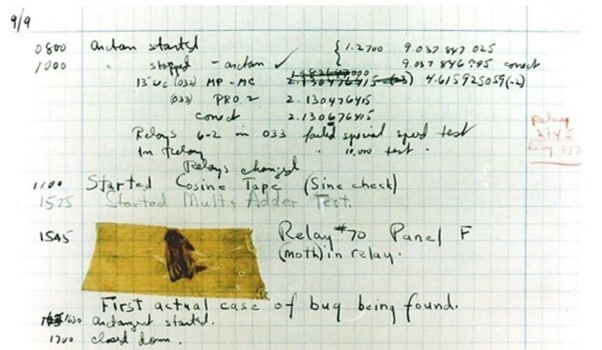 The term computer bug was used to describe that particular event. While Harvard Mark II operators did not introduce the term 'bug,' the incident certainly contributed to its popularity.

As a result, the word “bug” became a generally used term to describe any glitches or errors in a computer program.

There are different types of computer bugs categorized as follows: 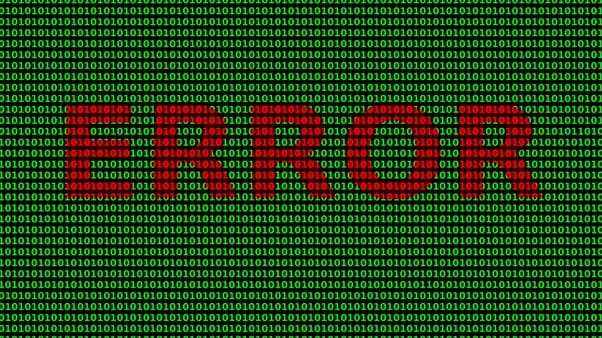 • Syntax Error: This error takes place in the source code of a software code. It keeps the program from performing its intended function by jeopardizing its compilation. The syntax error is quite common and occurs when some characters are missing or incorrect in the coding. Most often, compiling programs indicate the point of error, allowing programmers to fix it quickly.

• Functional Error: This broad error happens when the software fails to behave as expected. For instance, when you click the "Save" button, and the data does not get saved, it is an example of a functional error. Software testers often identify the reason behind such errors and reclassify them in different categories of computer bugs.

• Calculation Error: Whenever software returns a wrong value, whether, to the end-user or another program, it's called a calculation error. Some reasons behind this type of error are using the wrong algorithm, mismatching data type, and incorrect hand-over of the value.

• System-Level Integration Bug: This type of bug happens when some pieces of software interact incorrectly. Most of the time, two sets of codes are developed by different individuals. A high level of integration and interpretation is needed to make these sets interact properly. Otherwise, system-level integration bugs occur.

• Unit-Level Bugs: Once the software has been programmed, coders see how it works with the help of unit testing. In this process, coders test small, logical code sections to verify if it performs as intended. At this stage, various hardware bugs, logic bugs, and calculation errors are discovered.

Besides these, there are many other types of known and unknown computer bugs.

As you see, the history and evolution of computer bug is quite interesting. At the same time, it can be a little confusing as well. This is because, as mentioned above, the term "bug" came into existence before using it in the computer industry. Historical claims and reports hold that the term was common in the mechanical engineering industry.

To conclude, we can say that the term “computer bug" was famously coined around the late 18th century. There are different types of software and hardware bugs. Many are yet to be discovered. Regardless of what they are, bugs have serious implications for the associated programs. So, they have to be identified and fixed timely.

How to Increase Hard Drive Speed?

> Resources > Answer Hard Drive Problems > Do You Kkow Why do People use Bug to Describe Loophole in Computer OS or Programs?