Comparing the M1 Chip Vs. Intel i7: Which is Faster?

The words "Intel i7" have become synonymous with top-notch hardware. But another chip is slowly becoming a contender in the market, the M1. However, you cannot decide which one is better unless you do a complete M1 chip vs. Intel i7 comparison.

In comparing the M1 chip vs. Intel i7, the former stands out in many aspects and proves to be more efficient, while the latter comes with enhanced internal hardware, more RAM and storage, and is suitable for gamers.

In the world of computer processing speed today, two of the most popular chips on the market are the M1 from Apple and the core i7 from Intel. But which one is faster? In this article, we will compare the M1 chip vs. Intel i7 and look at their performance, speed, battery life, architecture, and more to see which one comes out on top.

The Intel i7 is a state-of-the-art processor that offers many features that benefit both users and businesses. Following are some of the features of the i7 processor: 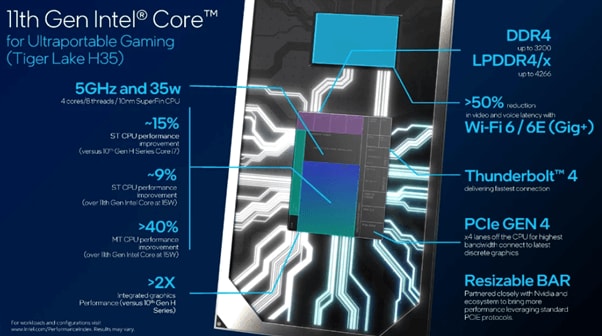 The M1 chip is Apple's newest generation of processors, designed specifically for its Mac computers line up. Apple's M1 chip is faster and more efficient than previous generations of Apple processors. 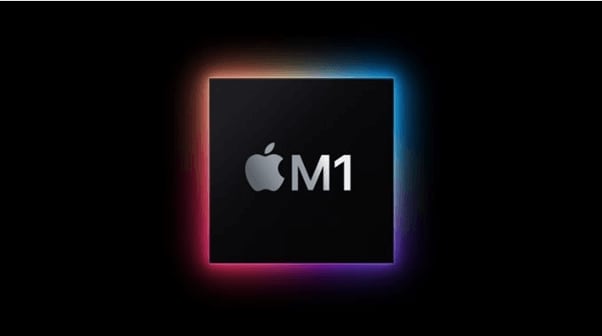 Here are some key features of the M1 chip:

The Intel i7 and Apple M1 are two of the most popular processors today. Both processors offer great performance and features, but have some key differences. 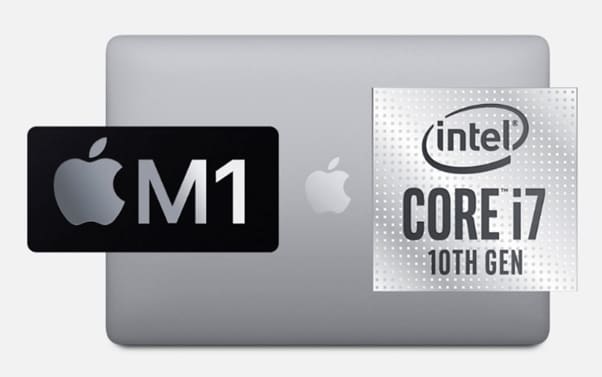 Let’s have a quick rundown of the specifications of both processors to so how they stack up:

There has been a debate lately over which one is better: the Intel i7 or the Apple M1. Both processors are extremely powerful and can handle a variety of tasks. However, there are some key differences between the two that may make one better suited for your needs.

The biggest difference between the processors is their speed. The Intel i7 is faster than the Apple M1, making it better suited for tasks that require a lot of processing power. However, the Apple M1 is more energy-efficient, meaning it will save you money on your energy bill.

Most content creators reported that the MacBook having i7 processors is 1.1-1.2 times faster than the M1 Mac while converting 4K files. Moreover, the Intel i7 is better when it comes to using machine learning and artificial intelligence programs.

Both M1-based and Intel i7-based Macs are available for purchase. When it comes to price, the former is significantly cheaper than the latter. The M1 chip retails for $1,299, while the i7 retails for $1,799.

The new Apple M1 chip is a big step forward for the company, as it has more speed and energy efficiency than the Intel i7 chip, and it has the potential to greatly improve the battery life of Apple laptops.

The M1 chip is made using a 5-nanometer process, which is more efficient than the 14-nanometer process used for the i7. This means the M1 can handle more work without using as much power, leading to improved battery life.

Gaming: Which Is Better For Gaming? Apple M1 Or Intel i7?

There has been much debate among gamers about which processor is better for gaming, Apple M1 or Intel i7. Both processors have pros and cons, and there is no clear consensus as to which is superior.

However, gamers should keep in mind that i7 Macs offer more support for some native and non-native apps. Moreover, there are a few games that do not run on M1. Some of them are:

Apple's M1 chip is the company's first in-house designed processor for the Mac. It's based on the Arm architecture and fabricated using Apple's cutting-edge 5 nm process. The M1 is a highly integrated system-on-chip (SoC) that includes the CPU, GPU, memory, and other components on a single chip. This makes for a more compact and energy-efficient design.

The M1 chip is used in the new MacBook Air, 13-inch MacBook Pro, and Mac mini. It replaces the Intel Core i7 processor in these models.

However, the Intel i7 has its own benefits, as it offers more support for apps and more storage. Its internal hardware is more powerful than M1. Moreover, it has more RAM and is suitable for gamers.

Intel’s i7 and Apple’s M1 are powerful processors that can handle demanding tasks. Still, before making a decision, there are some key differences you should be aware of:

Note:If you are a programmer and use traditional apps like Slack, Microsoft Office, and Cisco, use Intel i7-based Macs.

In this article, we’ve compared the M1 chip vs. Intel i7 and provided a complete breakdown of the features of both processors. We’ve discussed their specifications, performance, price, battery life, and which one is better for gaming.

We hope your queries have been resolved regarding both processors, and now you can decide which one better suit your needs.