How to Recover Indesign File on Windows and Mac

Did you forget to save InDesign files? While it's an annoying feeling to lose the data, it's just a human mistake and can easily be recovered. Learn about the methods to recover InDesign files on Windows and Mac.

While you might be pumped to install the recent update on your Mac or Windows OS, sometimes it also leads to performance issues. In one case, when people updated their Mac OS to Mojave, it created significant issues in the smooth performance of the InDesign application. It wasn't working as swiftly as before, and in some cases, it was taking 15-20 seconds to load a file. The application also crashes with all the unsaved data that people didn’t get the chance to save, gone!

Moreover, in other cases, the power outage and system error have also been connected to the event. If not for the loss of unsaved data, it wouldn’t have been a serious problem to deal with. The article features two effective methods to recover unsaved InDesign files.

Part 1: What is Indesign File?

Indesign is a graphic management application that is used to create posters, flyers, edit images, and control typography, among other essential features. It's a creative tool for making pamphlets, eBooks, brochures, and magazines as well. The file extension of an InDesign file is INDD that stores formatting information, files, and more.

Part 2: How to open an Indesign File?

Adobe InDesign has a user-friendly UI that makes it easier to carry out all the editing with ease. You can easily open an Indesign file on an application by double-clicking on the application. As an alternative option, you can click on the 'File' tab, followed by the 'New' tab. Now, tap on the 'Document' option to open the Indesign file.

Apart from Adobe's InDesign, all the documents can also be opened in InCopy, which is Adobe’s professional writing program.

Imagine you are working on a pamphlet that you will have to deliver to your client by evening, and you are already running short on the deadline. But due to some unfortunate reason, whether it is a system error or a recent update, you are unable to work efficiently on the application. Moreover, you might have lost some of the unsaved data because of the abrupt application shut down. At this point, you might be anxious about the whole situation and the deadline. But if you could keep calm, there are two ways you can recover InDesign file Mac.

Indesign has an in-built automatic recovery feature that is used to recover unsaved Indesign files. The unsaved files are stored on a temporary file separated from the original files on the hard drive. Although this feature works best to recover files, you must keep a proper backup of all the files to prevent any data loss.

Here are the steps to use automatic recovery on Windows and Mac.

Step 1: Open the Adobe Indesign application. Usually, after an abrupt shutdown, Adobe Indesign launches an automatic file recovery procedure. If the process locates a lost or unsaved file, you can open it in your InDesign window.

Step 2: To save the permanent copy of the recovered files, click on ‘File’ and ‘Save Project As.’ Now, if the unsaved, lost data don't automatically open, you can manually search the recovery folder. 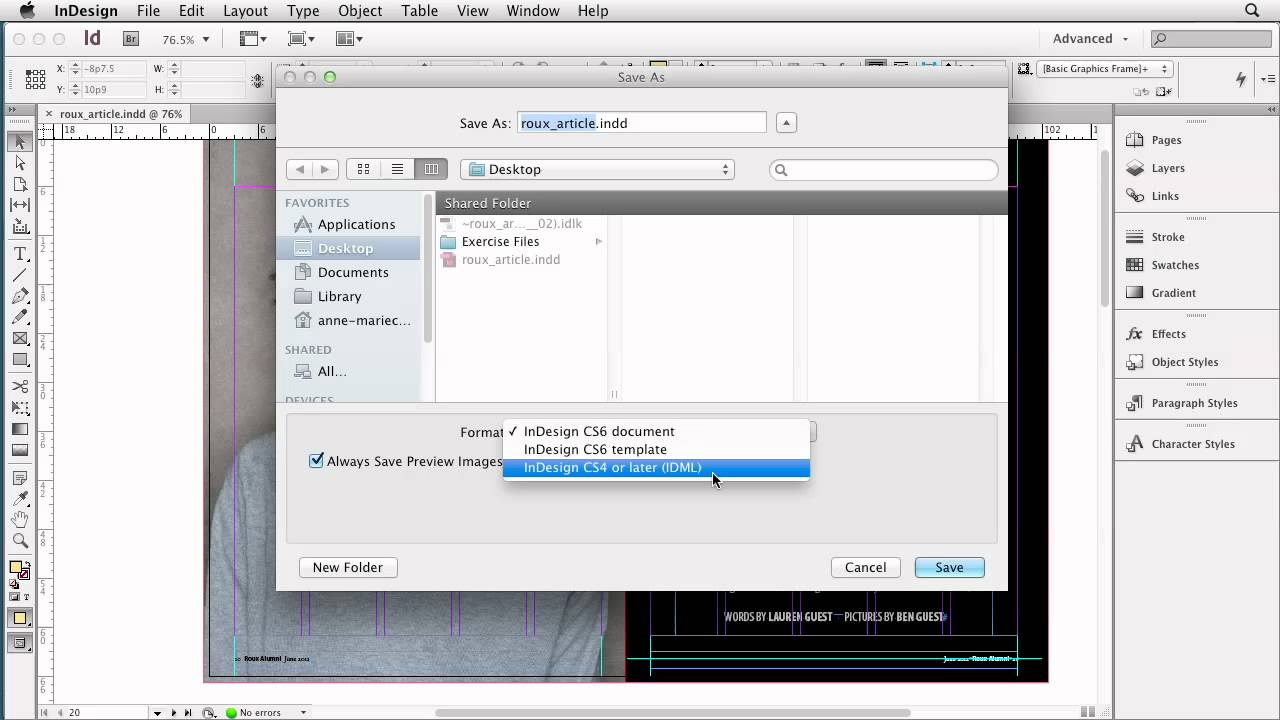 Step 3: If that didn't yield results, you could search for a recovery folder in the computer's hard drive. Follow the command below to access the following folders in the given order. 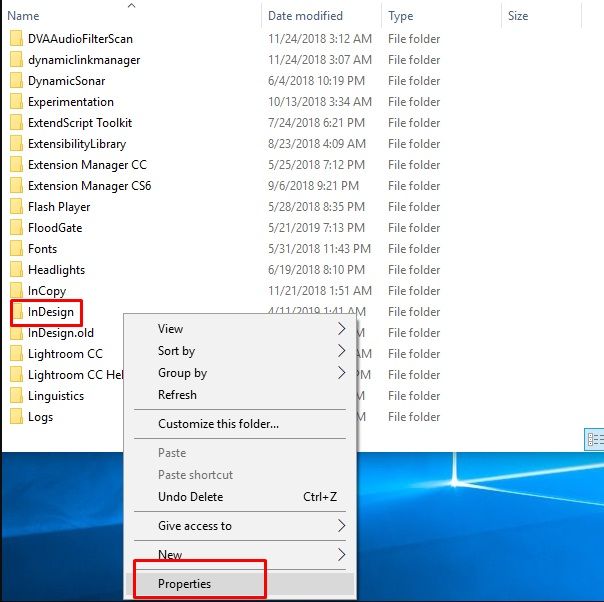 Step 4: Users-> your users name->Library->Cache->Adobe InDesign->Version->InDesign Recovery. Now, search for the recovery folder and see if you could find a draft of the recovery file. If you do, then double-tap to open the recovery file. As it wouldn’t be saved in your computer, it might be labeled as ‘Untitled Project_1.’

Step 5: Click on the ‘File’ tab and ‘Save Project As’ to save the permanent copy of the unsaved file, once you open it.

While you might be thinking that all hope is lost and the data is deleted, it is not! You can still recover the deleted files using a data recovery software application. If you want to know how to recover unsaved InDesign files, Recoverit serves as the best option to entertain in such scenarios.

Select the hard disk drive of the primary storage of the InDesign files. Tap on the 'Start' tab to scan and search deleted files.

As soon as the Recoverit starts the scanning, you will start getting a list of all the restorable files.

Tip: If you are not able to find your files after the scan, you can select 'All Round Recovery' mode to deep scan your computer hard drive.

After the scan is complete, you can examine all the recovered files and preview the retrieved files. Now, navigate to select your files and tap on the ‘Recover’ tab to get retrieve them back.

Note: You must store all the recovered files on a different location and not the same location from where you selected it in the first place.

It’s quite normal for the InDesign files to be deleted due to the system glitch. If you know the solution to the problem, it only takes a few seconds before the problem is solved. The two methods mentioned in the article will help you to recover InDesign files on Mac and Windows OS. As the data can also be lost in such an incident, Recoverit serves as a great application to retrieve them back.