Can't Open a .Numbers File? Here Is Everything about Numbers File Format

No worries. Wondershare Recoverit can get back your lost number files within 3 steps. The ultimate and professional data recovery software is totally reliable and 100% safe.

Mac operating system has no problem dealing with such files, however, when they transfer to a Windows PC, opening the Spreadsheets created in Apple Numbers can be a headache. As much as Numbers files are incompatible with other OS rather than Mac, there are still ways to work with them outside Apple like using iCloud. Numbers files exist in every new Mac, also, all Mac users can download them via App Store.

What Is a Numbers File?

It may come a time that you face a Numbers file on your electronic device, wondering how to open it or what kind of data expect it to contain? As we already said briefly, a Numbers file is a Numbers spreadsheet file, and it has the similar functionality as an Excel file, but in Mac. 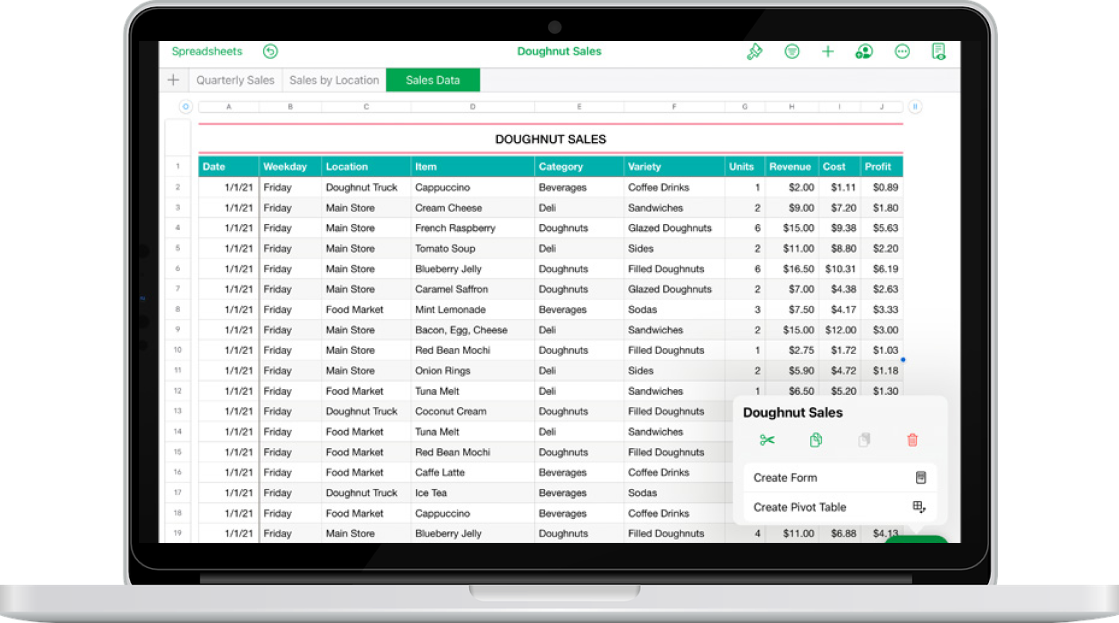 These files may include XML information, graphs, images, tables, formulas, settings, and other types of spreadsheet data. They might seem the same as Excel files. But the fact is they are different, due to them being made by iWorks Numbers, not the Excel application.

While both Numbers and Excel files seem similar, some key factors separate them. Though they are not majorly different. Let's review what are their actual differences:

How to Open a Numbers File?

Open Numbers file on Mac: You can only open a Numbers file with the application of Apple Numbers in macOS and iOS. To open this file on a Mac, first, select the File → then press Open in Numbers.

Open Numbers file on Windows PC: If you received a Numbers file, and you were unable to open it on your Windows PC, with the help of Apple's iCloud apps, this file becomes readable.

For Windows to recognize the .Numbers file extension, first you need to open it in the iCloud version of Numbers. iCloud is a free and online-accessible Apple app, much like office online or Google Docs. For that, you require an iCloud account. To make a quick free account, visit the Create an Apple ID site and follow the onscreen instructions.

Another way is to upload Numbers files to the iCloud version of Numbers in your web browser (which requires an Apple ID). Therefore, this way Windows users who don't have access to the Mac or iOS versions of Numbers, can not only open their Numbers files but also, view, edit, save and download them as well. 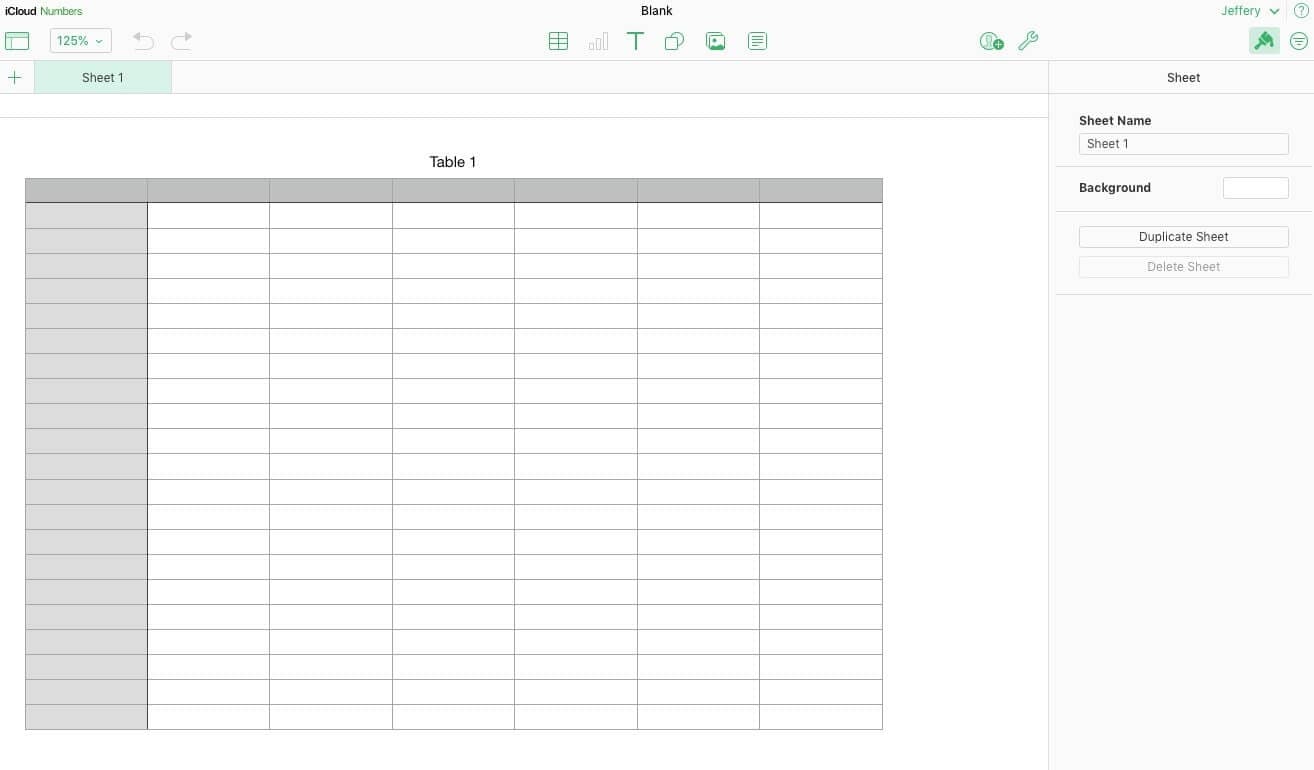 How to Create and Edit a Numbers File?

To create a Numbers spreadsheet in Mac using Numbers, proceed as below:

Note:To save a Numbers spreadsheet, so that they can be readable by Microsoft Excel later, go to the “File” menu and “export” the file in the Excel format. On the OS X version of Numbers, open the file you want to use later in Excel. Go to the File menu, choose Export To & select Excel from the submenu.

To edit a Numbers file, you can choose to either edit it in the online version of Numbers, which will be fine for basic tasks and viewing the spreadsheet. Or you can export it in a format that Excel will accept.

How to Convert a Numbers File to Excel?

You can find available online converters for Numbers files. For example, CloudConvert is an online Numbers to Excel converter. Using this website, you can convert Numbers to .xls or .xlsx files. This is an advanced conversion technology that offers the best output Excel document. 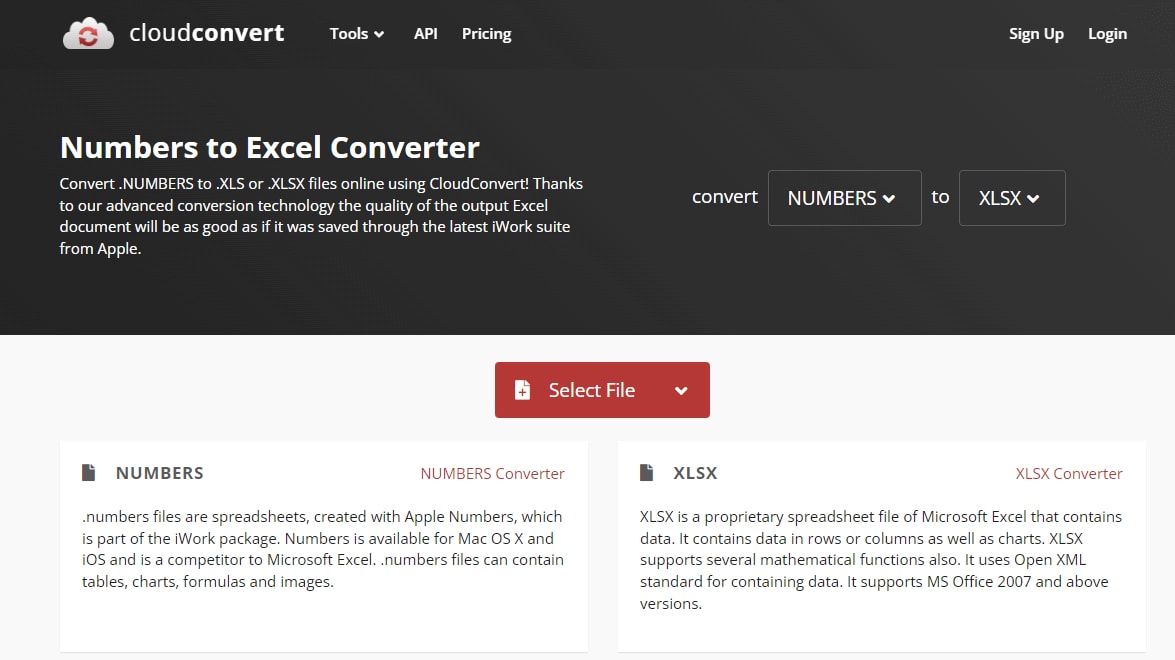 Furthermore, with "Apple support" you can convert Numbers spreadsheets to PDF, Microsoft Excel, and more.

How to Recover Numbers Files?

There are several methods you can use to recover deleted Numbers files in both Mac & Windows:

In iCloud, you can store all kinds of files. This software allows Numbers files to be accessible in Windows. It can be used for deleted Numbers file recovery from iCloud both on Mac or iPad/iPhone.

While the best tools are not available if your files are not permanently removed from your Mac or iPad/iPhone, you can find them back in the Trash bin.

The most recommended way to bring back deleted data is to seek professional data recovery aid. If your Numbers file seems to be completely deleted with no chance of restoration, the most resultful solution is taking help from a recovery software

The good news is, that you can install Recoverit Data Recovery on both Windows & Mac easily. Professional purchasable software that recovers a vast range of lost data from PC, SD cards, hard disks, flash drives and so on. This comprehensive tool only takes 3-steps to bring back lost or permanently deleted Numbers files. Keep in mind, that Recoverit is capable of recovering all types of deleted files such as videos, audio, photos, emails and so on, supporting more than 1000 file formats.

In case, you had a problem opening a Numbers file or just wondering what is a Numbers file? perhaps this summery has provided a general understanding of this topic. Especially when it comes to Numbers vs Excel files knowing the differences between them comes in handy. As a regular user, if you had to choose, which one would you prefer? And for businesses, and day-to-day operations of big corporations, which format do you think works better?

In case you can't open a Numbers spreadsheet, The problem is usually with the older version. So, make sure to install the latest version of Numbers from the Mac App Store. A common indicator of this issue is detectable when a spreadsheet is dimmed & can't be selected. This means the spreadsheet can't be opened by Numbers.

Where is the Numbers File Stored on an iPad?

To know the storage location of your Numbers file, open Numbers. And after the spreadsheet is opened, tap Spreadsheets in the top-left corner to detect all your spreadsheets.

Which Is Better Excel or Numbers?

Both files come with pros & cons, for example, Numbers only have around 260 functions, but Excel can do 400 functions. When it comes to operating systems, the fact that, unlike Numbers, Excel can run on both Windows and Mac, must be put into consideration.

Preview files before you recover them. No payment required if the files are unrecoverable.

How to Edit DLL Files

How to Recover Lost Files after System Restore