Everything You Need to Know about The 480p Resolution

No worries. Wondershare Recoverit can get back your lost photos and videos within 3 steps. The ultimate and professional data recovery software is totally reliable and 100% safe.

Resolution denotes the sharpness and clarity of a media file, display device, or printed sample. It may also pertain to the quality of various interactive software, such as video streaming. While most people may be aware of what is 480p resolution, it just doesn’t seem comparable to most modern multimedia.

When you hear terms such as "4K" and "1440p", it goes beyond just clear visuals. While technology certainly seems on an upward slope, it puts a lot of stress on the hardware manufactured to support the video quality in real-time.

Therefore, it is about time to take a few steps back and examine whether we genuinely need a 100-inch TV that supports 64K in our living room. Let’s take a deep dive into what resolution actually is and whether the 480p aspect ratio proves helpful in many applications.

Part 1: What Is Resolution? 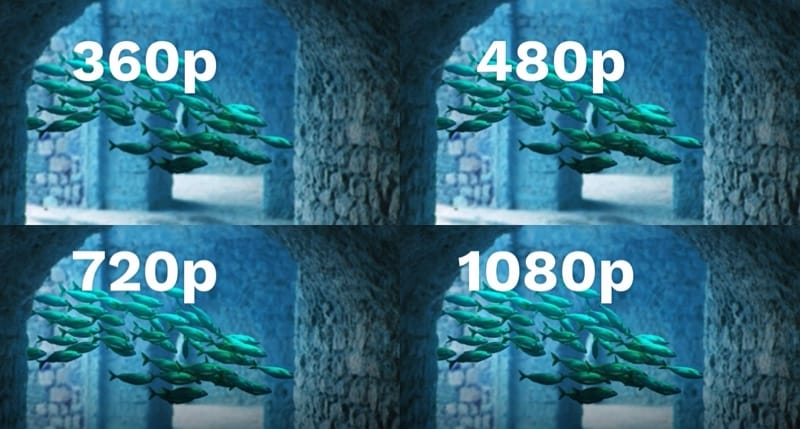 Typically, resolution lets you know the pixel density and arrangement for any software or hardware. For example, if you say that a laptop screen has a maximum resolution of 1920x1080, it has 1920 pixels located horizontally and 1080 pixels situated vertically. Although, that same screen can play any media with a lower resolution as well.

On the other hand, the resolution of software provides information on the quality of the media. The higher resolution makes for a clearer, more detailed image. In the case of a video, it means a consistent quality that can support higher frame rates.

Any media or device with a 480p resolution has a maximum of 480 pixels in the vertical plane of the screen. In most cases, it has a display resolution of 640x480. 480p is what the technical experts deem as the Standard Definition resolution (SD). 480p (3:2) is the standard NTSC cable network resolution in North America, Japan, and Taiwan.

You can use 480p resolution to store many hours of video without storage becoming an issue. On average, an hour of 480p video takes up around 500 MB of storage space, though this can vary depending on the bitrate and storage resolution.

People often spot 480p resolution videos as 480p24 or 480p30. The last two digits signify the framerate of the video. More frames make for a smoother playback with a lower chance of pixelation. A 480p video can possess a maximum of 60 frames per second.

Nowadays, it is all about increasing the screen resolution in the multiples of thousands, with even the latest graphical hardware struggling to keep up. And with the way things are going with the shortage of semiconductors, it will be a while when you might observe the end of it.

A significant advantage of using 480p is that it doesn’t require powerful hardware. If you are familiar with early plasma television sets, you can assume the image and video quality of 480p. You can run it on any low spec handheld device or an old PC.

Your video will now convert to 480p from the next suitable buffer point. There might be times when your current frame will remain in the previously set resolution. You can fix the issue by rewinding the video a few seconds earlier.

The origins of the 480p resolution lie in the 1980s. During that decade, people started considering the pixel count, not the lines per screen, as the definition of resolution. In 1987, IBM launched the VGA display, the first screen to support 640x480 resolution at 24 fps. Today, 480p is available in various video formats, including MP4, WEBM, MOV, AVI, and numerous others.

While 480p usually refers to the 640x480 resolution with a 4:3 aspect ratio, there are several forms that you might encounter in your day-to-day life. Browse through the detailed list of a few common 480p aspect ratio variants below:

The 18:10 aspect ratio is the most recent for what is 480p resolution. As our handheld devices become lighter and slimmer, the 16:9 aspect ratio leaves plenty of empty pixels. With an 18:10 aspect ratio, videos and images can have a wider field of view without disrupting the quality of finer details. It may lead to lower resolutions becoming more popular as more low-end smartphones might not support 4K.

As versatile as the 480p resolution is, others are available with a much better visual quality. Most of these are slowly becoming more regular with modern digital devices. However, you’ll learn about the two most popular HD formats in this piece.

720p is the minimum resolution requirement for HD (High Definition). It has a standard pixel resolution of 1280x720 and an aspect ratio of 16:9. Compared to 480p, it requires more storage space (6 GB for one hour of 720p 30 fps video), but you get a more refined visual quality. A 720p image is three times clearer than the one with a 480p resolution. 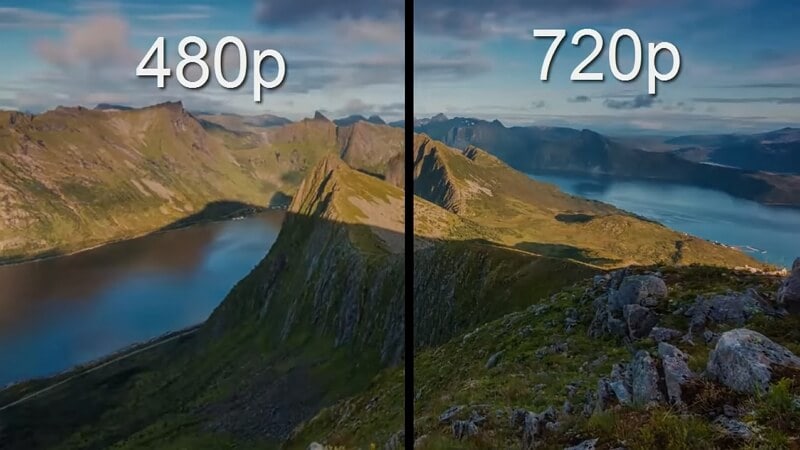 It depends upon the application. If you need to store multiple seasons of your favorite TV show, going for 480p can save substantially on storage space. 720p is a much better alternative for images since the sharpness and clarity are preferable over storage space.

Moreover, streaming applications use 720p since it allows for high-definition video streaming without stressing internet speeds and bandwidths.

The 1080p resolution is what is commonly known as the full HD resolution. It has a pixel count of more than 2 million, making it almost 8 times clearer than 480p. It is the standard video resolution for Blu-ray discs and is the default HD setting for most modern televisions. 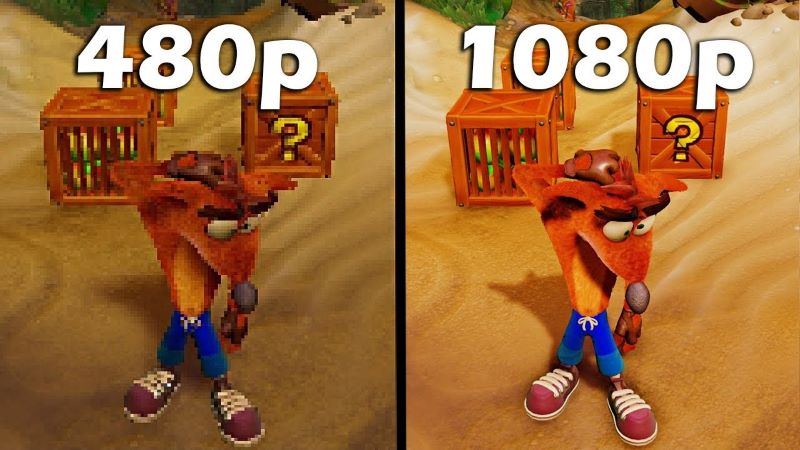 Yet, the higher quality doesn’t come along without its challenges. 1080p at 60 fps is still a challenge for streaming video on the internet. The graphic card to run such specs can often set you back more than $300. A 3-hour movie at 1080p 30 fps requires the storage of 23.4 GB without compression.

For online video and game streaming, 480p is a much better option. It doesn’t require high-end hardware to stream and goes easy on the viewer’s internet plans. However, for better image clarity and smoother video framerates, especially for offline storage, 1080p is the ideal choice.

It depends on how and where you want to use the media. 480p has less storage space than many HD formats, although it has a lower quality, making it impractical for larger screens.

No, as high-definition quality starts from 720p and above. 480p typically goes towards the SD (Standard Definition resolution) quality.

720x480 is the 480p resolution with aspect ratio 3:2. It is the resolution you find on iPod Touch 4 and similar devices. It is also the standard NTSC DVD video resolution, popular in most Asian and North American countries.
This resolution does not fit most widescreen displays, but makes the video content easier to store, process, and stream on limited bandwidth.

Yes, most television sets that run regular cable connections with SD run on 480p. It cannot support high-definition streaming or 3D yet remains viable for most live-action content. However, you are much better off with 1080p and greater resolutions for sharp graphics with great attention to detail.

In an age where screens become compact and have millions of pixels, it might be the right time to consider whether lower resolutions are viable. You don’t need another HD smartphone when you can view comparable video quality without paying a premium. A variety of applications can benefit from what is 480p resolution, more so if the majority of users belong to low and mid-range digital devices.

Save your accidentally deleted photos and videos, and also repair the broken videos.

Besides all popular video formats, such as MP4, AVI, MOV, WMV, MTS, Xvid, DivX, etc., corrupted Ultra HD 4K, and 8K videos are scanned, collected, and matched, ensuring that the majority of your videos are recovered.