No worries. Wondershare Recoverit can get back your lost photos and videos within 3 steps. The ultimate and professional video recovery tool is totally reliable and 100% safe.

Part 1: What Is MTS File Format? 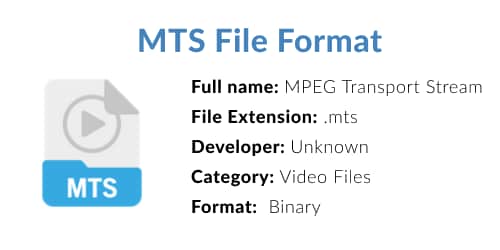 MTS files are AVCHD (Advanced Video Coding High Definition) video files recorded by a typical camcorder. This file format is the standard video format used by many Sony and Panasonic AVCHD compatible HD camcorders. With MTS, you can record high-definition (HD) video and convert or share it on your computer. Many people of these cutting-edge proficient and home clients regularly utilize MTS records as a video document design. Presented by Sony and Panasonic in 2006, the AVCHD design is common in numerous well-known brands of film catch gadget camcorders.

MTS stands for MPEG Transport Stream and is a container file format that contains audio, video, and other essential data. It uses MPEG4 video compression to support 1080i and 720p video.

Part 2: Differences between MTS and M2TS

Part 3: How to Open an MTS Video File

For every file, some applications open them, certain are platform-specific, but these are a few MTS player and their compatible platforms. 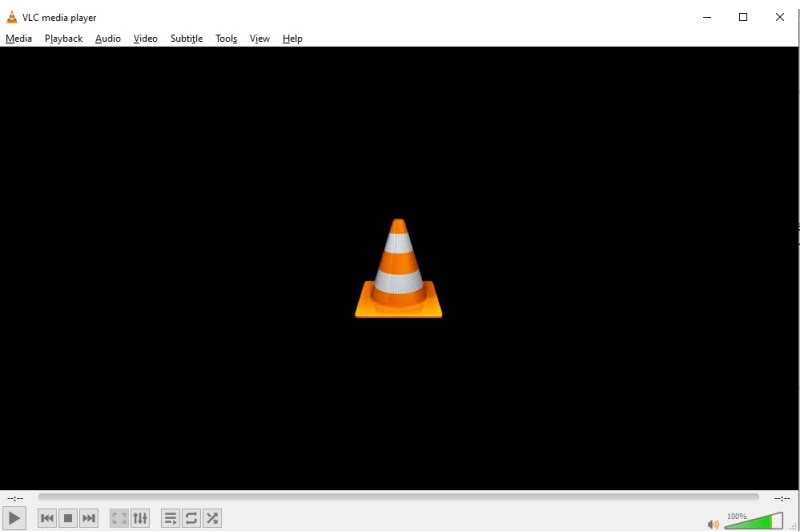 VLC Media Player is a free open source MTS player for Mac, Windows, Linux, Android, and iOS platforms. In addition to viewing MTS files, this player accepts formats like; AVI, MP4, VOB, MOV, and MKV. The simple interface makes it easy to handle when using it to play videos. It also provides other useful functions such as adjusting playback speed, taking screenshots, and synchronizing audio and video. 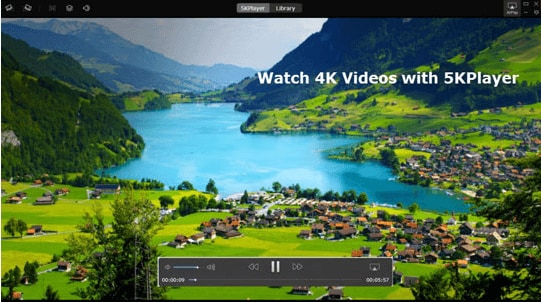 5KPlayer is an advanced media player with strong support for playing some popular video formats, including MTS, for free, so it is an excellent choice for playing MTS videos. 1080i MTS / AVCHD video is more ambiguous than other popular video formats. However, 5KPlayer inherits 5KPlayer's advanced deinterlacing engine to improve image quality, so you will not face similar issues. In addition, the built-in hardware speed allows you to play MTS videos smoothly in high resolution. If you're looking to play MTS video files on it, this MTS player for Mac will give you a comfortable experience. 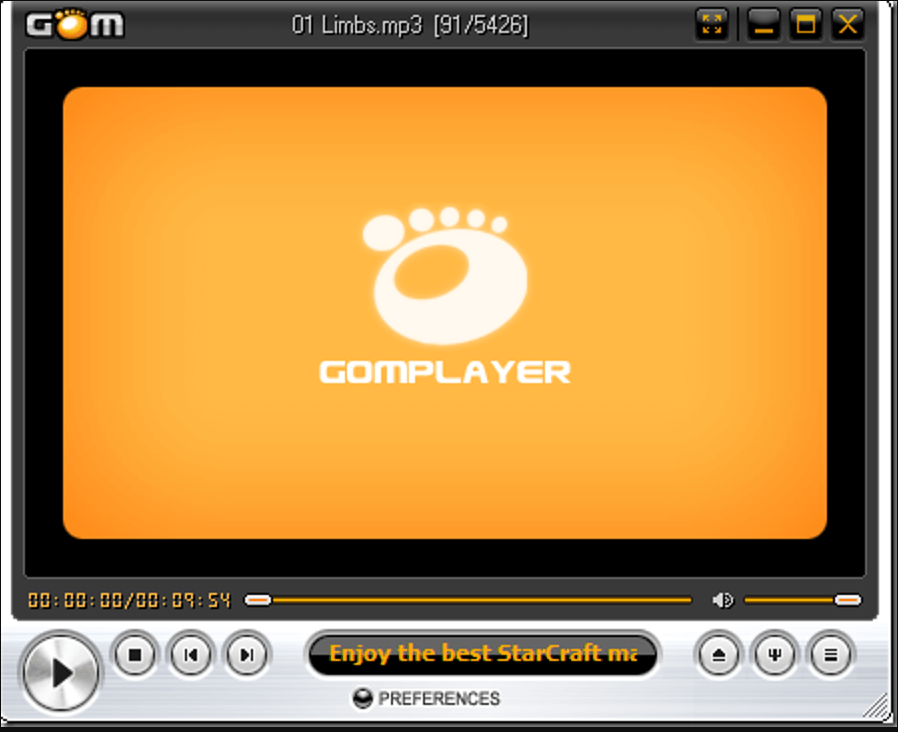 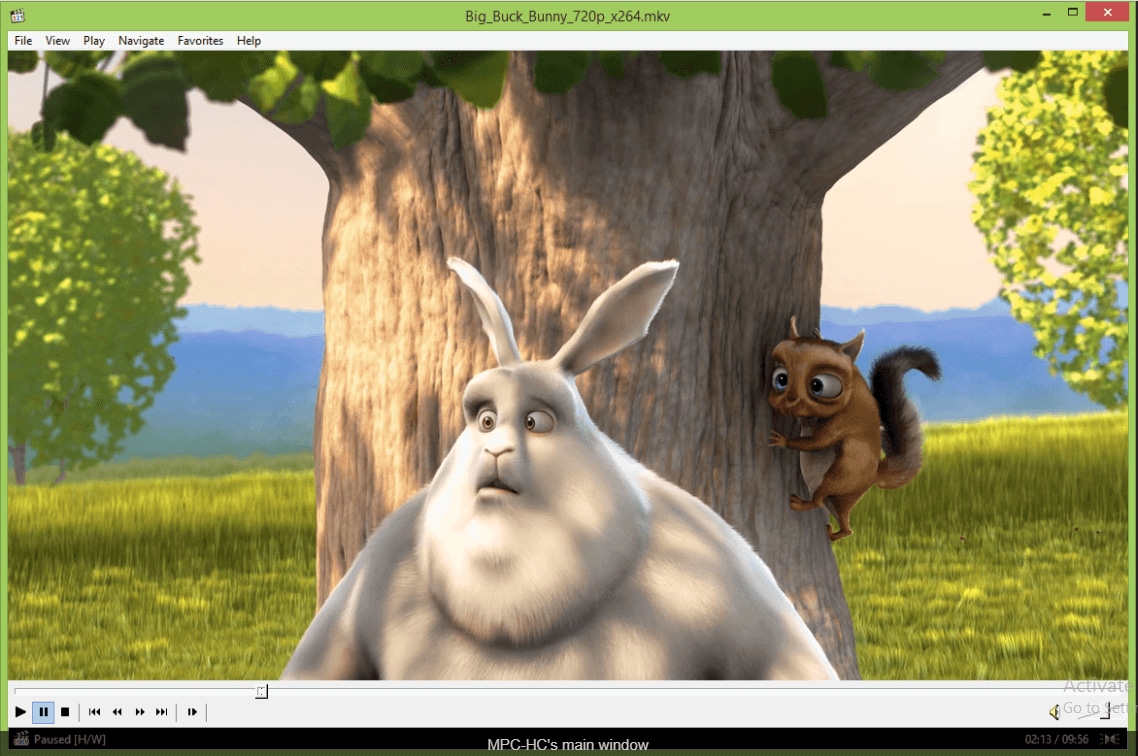 MPlayer is a powerful media player that supports various video and audio formats and can be customized to suit your needs. If you are familiar with the technology, you can compile and customize your version of MPlayer. Otherwise, installing the precompiled package is the best option. 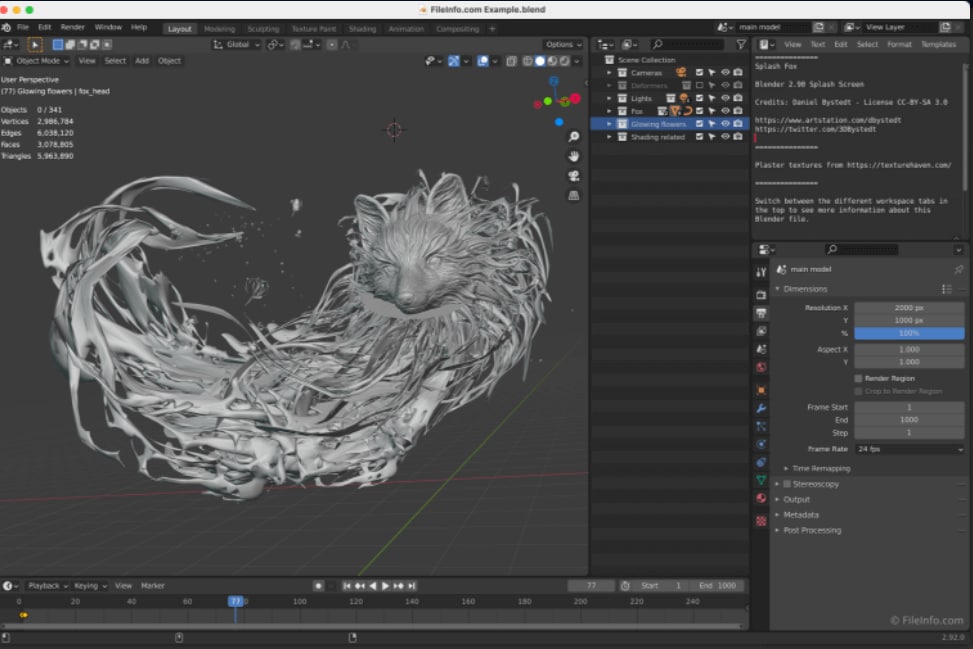 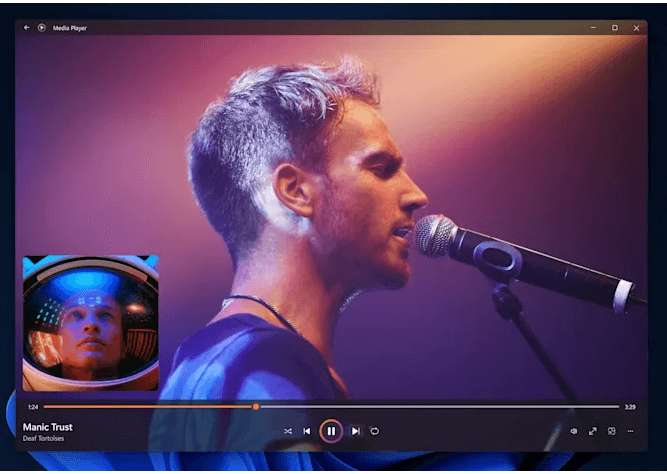 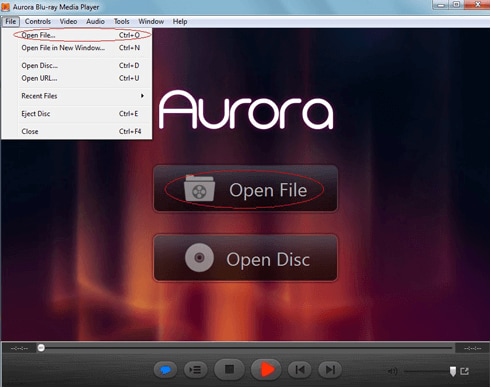 Aurora Mac Bluray Player Pro is not as popular as the four MTS players for Mac above, but it is a great media player software on Mac that can easily play MTS files. This MTS player for Mac does not require any plugins and supports almost all formats such as Bluray, DVD movies, 1080P media, RMVB, MKV, MOV, MTS, and more. It provides high compatibility with Mac systems with useful features such as high-resolution scenes. You can use Aurora Mac Bluray Player Pro as a multifunctional media player. It can also feature as a Bluray player, Mac DVD player, Mac media player, audio player, photo viewer, and more. Platform: MacMac media player, audio player, photo viewer, etc.

Solution 1: If you can't open the file, check the file extension and ensure it's ".MTS". Otherwise, you may be processing another file extension, such as M2TS.

Solution 2: The next would be to check if the MTS video file is corrupt; a corrupt file displays an error when you open it. You can ultilize Wondershare Repairit to repair the corrupt MTS video.

Solution 3: The final would consider converting the MTS file to a different file format like MP4, AVI, MOV, etc. You can jump to Part 4 for details.

Related: If you lost a precious MTS video file due to computer crash, hard drive formatting, virus attack, or any other 500+ data loss causes, you can learn here the solution for MTS video recovery.

Not every video recording is perfect; sometimes, you find you want to trim a part out or have better lighting in a scene. Here are a few applications to help with the editing of MTS files.

Part 4: Convert MTS to MP4 or Other Formats

Many MTS converters can help you convert MTS file formats to other file formats; we listed some of them below.: 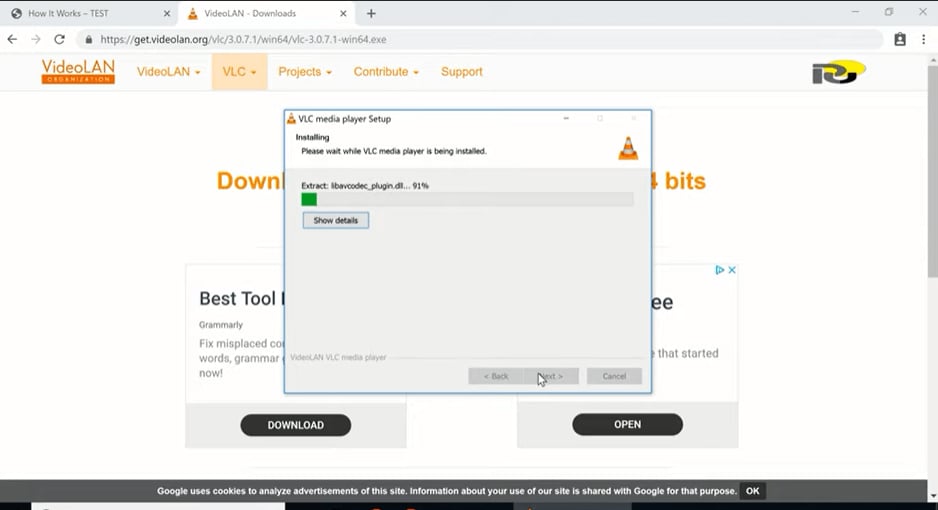 Step 2:Click the Media menu in VLC and select Convert/Save. 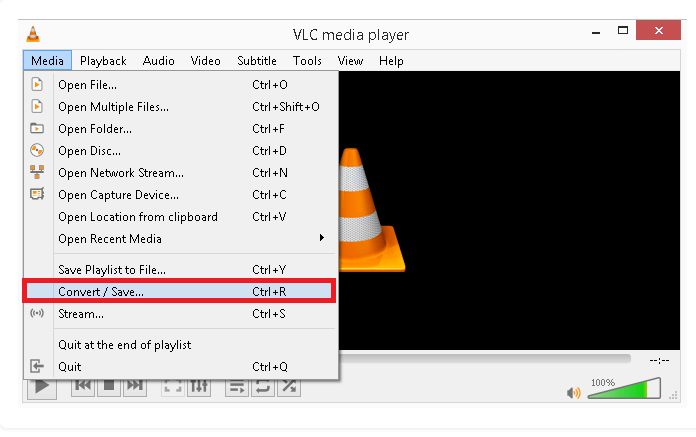 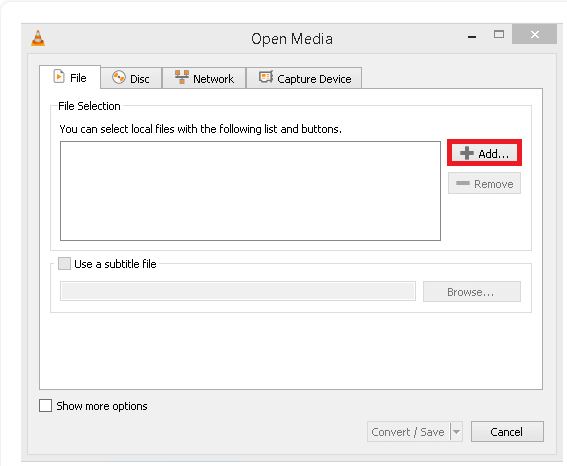 Step 4: From the Convert/Save button, select Convert from the drop-down menu. 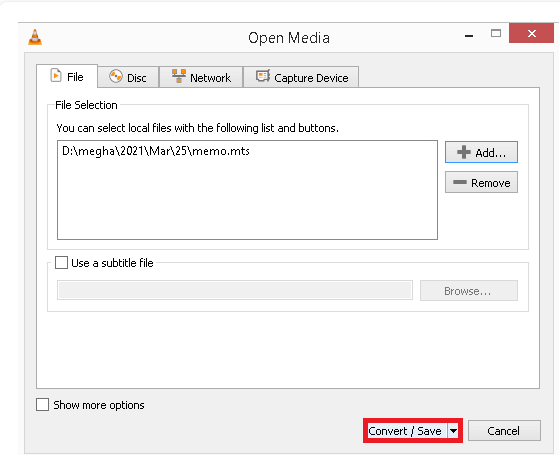 Step 5: Select the presets and output for your video 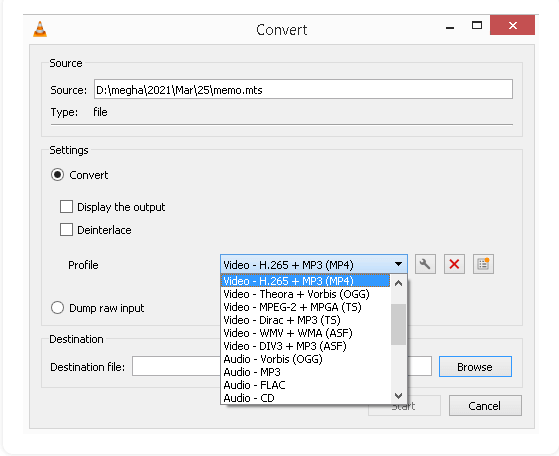 Step 6: Lastly, choose a destination folder for the converted MP4 file, then Start. 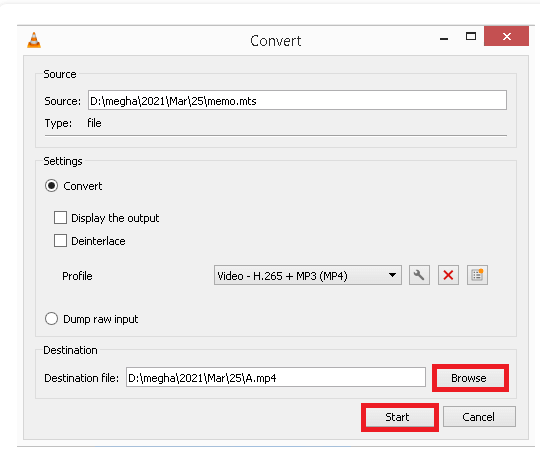 Converting video format is generally considered the optimal solution to incompatibility problems. For example, Video Converter allows you to play MKV on Samsung TV, MKV on PS4, MP4 on Windows PC, and MPEG on iPhone without any problems. But, of course, most people who need such conversions may find it challenging to find a reliable and efficient free online converter because they are too many.

The major con of using an online video converter is the cost of uploading and downloading the video files online. In addition, a steady and reliable internet connection is needed to facilitate a conversion. 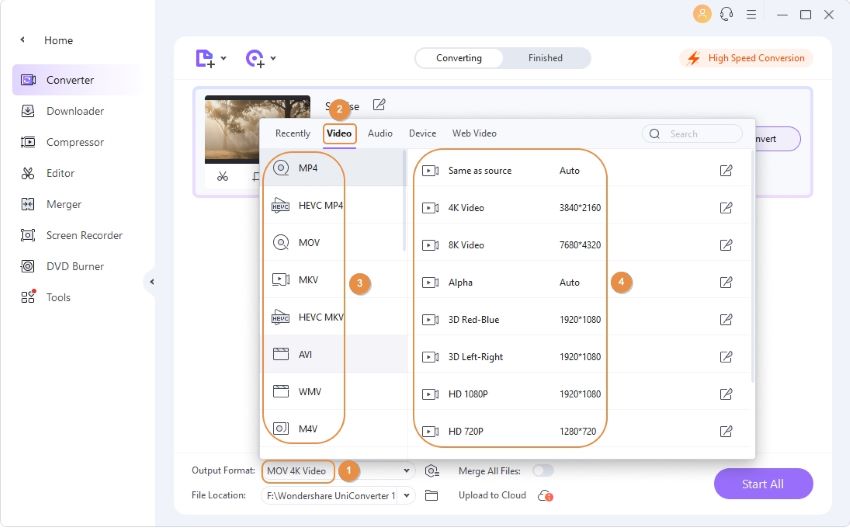 Converting MTS videos using VLC or online tool has many limitations. For example, you can only convert one MTS file at a time using VLC player and online MTS converter limits the file size that can be converted. To a more efficient MTS to MP4 conversion, it is recommended to use a video converter software like Wondershare UniConverter.

Wondershare UniConverter supports you to convert the MTS file to MP4 and other 1000+ video and audio formats on Windows and Mac OS. You are able to convert multiple MTS files at once, simply by adding all your MTS videos in the converter per drag and drop. Moreover, Wondershare UniConverter has basic editing features like cutting, speed changing, resizing that can improve the overall look of your video.

This video will show you more details on converting MTS to MP4 video files.

How to open the MTS file on Mac?

Use a program such as VLC or download Elmedia Player to open your MTS file on your Mac. Alternatively, you can convert the file to an MP4 file and open it in any media player.

How to split a large MTS file?

First, download and use video editing software such as Lightworks or Filmora Video Editor to split large MTS files. Both programs cost money, but free trials are available. In Filmora, add the MTS file to the timeline, move the red time indicator to where you want to split the file, then select the scissors.

There are several file formats depending on what you want to access; knowing them or how to play them or convert them ensures your tech know-how is up to par. MTS is one of many and can be utilized for graphic purposes.

Besides all popular video formats, such as MP4, AVI, MOV, WMV, MTS, etc., corrupted Ultra HD 4K, and 8K videos are scanned, collected, and matched, ensuring that the majority of your videos are recovered.