Apple transitioned from HFS+ to APFS in 2017. Let’s see why they did it. 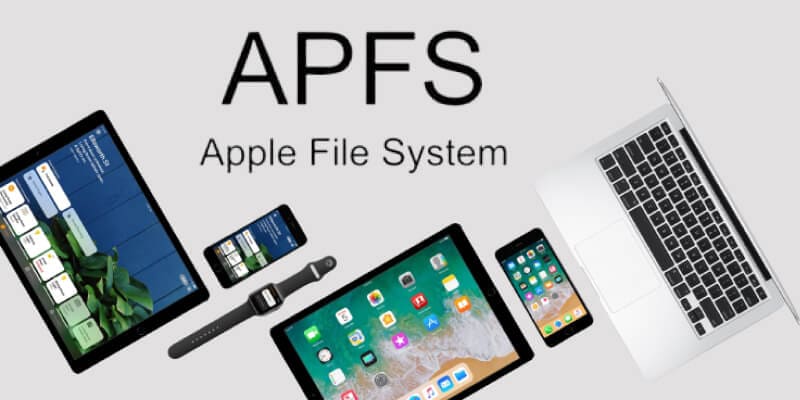 The Apple File System (APFS) is the current file system for Mac computers. This file system was released in 2017 with iOS 10.3. It was meant to replace its predecessor, HFS+, and it did so very quickly. The features that the APFS format offered made the transition from HFS+ smoother. This file format has tried to fix everything that was wrong with the former format, but it still has gotten some criticism, which we will cover. Throughout this article, we will talk about the APFS’s compatibility, history, features, pros and cons, and its different formats.

In the below table, you can see which operating systems and utilities are compatible with APFS.

*macOS Sierra has an experimental version of APFS that runs into complications with languages other than English and cannot do Unicode normalization.

*The Paragon Software Group’s product can just provide read-only access because Apple has had notable delays in publishing complete documentation.

The transition from HFS to HFS+ to APFS was incredibly important in Apple’s history. The newly introduced APFS format had fixed major problems that its predecessor had, such as a lack of nanosecond timestamps. Another major problem with HFS+ was that more than one process could access the filesystem at the same time, which was a privacy threat.

Apple File System fixed almost all said problems, just like HFS+ had done with HFS. One of the major flaws of HFS was that any given file could take up an entire allocation block size. This gave Apple the idea that they needed to partition their disks into smaller volumes.

If your mac computer’s file system is HFS+ or HFS and you want to convert it to APFS without losing any of your data, watch this YouTube tutorial.

The APFS file system’s announcement was made in 2016 at Apple’s developer’s conference. The release of this new file system first started in March of 2017 for 64-bit iOS, and later in the same year for mac computers with the release of macOS High Sierra 10.13. A year later, in 2018, the company released a specification that enabled unencrypted, non-Fusion devices to have read-only access to APFS.

The new computers do not use hard disk drives, and Apple saw this coming in 2017. The APFS file system has been optimized to work well with flash storage and Solid-State Drives, in addition to Hard Disk Drives.

How to format APFS drive on Mac

How to convert external drive to APFS format

The TRIM command is how your operating system communicates with the SSD to inform it of the blocks that no longer hold data and can be internally erased. This feature improves performance and space management.

On most older computers, if you were in changing a file and your computer shut down in the middle of it, that data, including the original file, would be either lost or corrupted. With the Atomic Safe Save, the computer will not save anything until the process is complete to avoid file loss or file corruption.

Apple’s new file system supports 64-bit inode numbers, supporting more than nine quintillion files on one drive. An inode is a structure that describes a file-system object as a file or a directory. 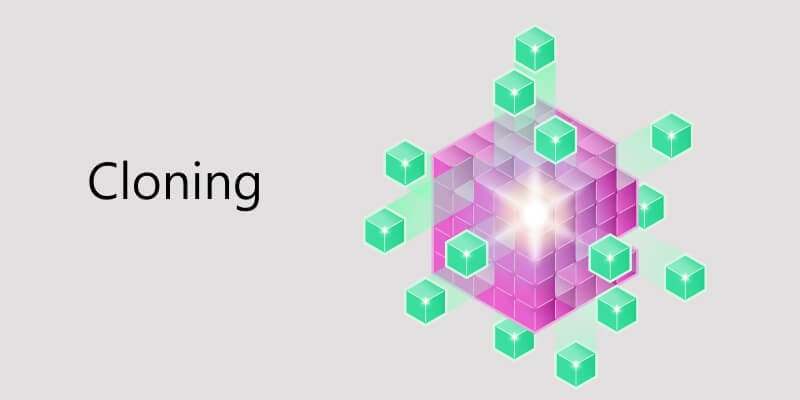 Instead of copying files byte by byte, the Clones feature enables the computer to copy the file efficiently on the same volume and not take up any more space. This happens by copying the same blocks of data instead of rewriting the data. Any change you make to any of the duplications will only affect the particular blocks of data you have edited. 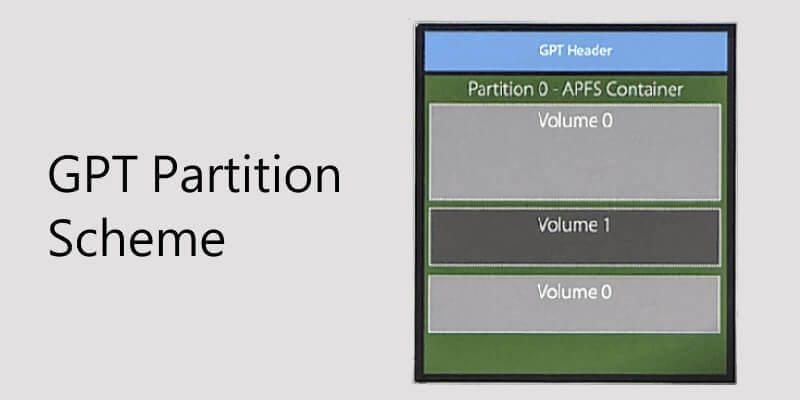 How to delete APFS partition on macOS

How to resize APFS container on macOS

This feature can be thought of as a screenshot of a point in time. When you make changes to a file, APFS volumes save a pointer that points to that instance, and as you make further changes to said file, the pointer gets updated without taking up much space.

Apple devices that use APFS all support full disk encryption. This feature encrypts all the data of a file. This feature has three modes that you can choose from, and they range from no encryption at all to the best encryption Apple has to offer. Below are the options.

Read also: How to recover data from encrypted APFS volume

Space sharing adds to the performance of your computer in addition to its space management. It enables the drives to share the same free space, and they can increase or decrease in size without making the computer go through repartition.

Your computer will only allocate to a file when it actually needs to. Meaning you can create a file without sufficient space if the data isn’t in the file yet.

Part 4. Different Formats of APFS and Which One to Choose

The Apple file system has four different formats, each with a different level of security. Let’s take a look at what they are, how they function, and how you can change your file system encryption.

If at some point you encrypted a drive and didn’t know how to change it back, this YouTube tutorial will help solve your problem.

Part 5. Advantages and Disadvantages of APFS

Not supported by older OS

No checksums for user data

Was not compatible with Time Machine before macOS 11 Big Sur

Not supported by older OS

The APFS file format is made exclusively for macOS, and to use it on any other operating system, you must use software such as Paragon or other similar applications.
Learn how to read APFS drive on Windows and mount APFS drive on Linux.

Should I use APFS for my external hard drive?

No. The Apple file system was made for Solid-State drives and did not work as well with hard disk drives. A good format for an external hard drive would be exFAT because of its OS compatibility.

What's the difference between APFS and NTFS?

What is the best disk format for Mac?

The Best disk format for Macs with macOS 10.13 and above is APFS because of the solid-state drive that is used in them. However, if you are using a mac with macOS 10.12 or earlier, your best choice is one of the Mac OS Extended options.