Rather than using traditional hard drives for your tasks, you can opt to use SSDs. Even with this option, you can still experience data loss and hardware failure, which is also the case with hard drives. So, it is paramount that you learn how to conduct ssd backup to a hard drive.

Q: How to backup SSD to HDD automatically?

"I have an SSD that is now running out of space. I did understand the standard backup process. However, I have never back up an SSD to HDD before. Is there any way the best solution to automatically backup my SSD to HDD?"

In the modern-day, most people are using SSD to install the applications that they use regularly and Windows operating system. In addition to this, they are using mechanical hard drives to keep data and applications that are not routinely used. Due to the importance of computer performance, this data storage layout is an excellent option.

Modern internet users are always faced with the threat of malware, viruses, and ransomware. To avoid the consequences that come with these attacks, every internet user needs to learn how windows backup SSD works.

The advantage of this is that it will be easy to restore your folders and files in case of loss or any other disaster that would affect them.

The problem with SSD failure and system crash are that it happens when you least expect it. You can never tell when it is about to happen. It means that SSD backup is better than a well-performing SSD.

When Need to Automatic Backup SSD?

A) To clone SSD to HDD for backup:

Once the HDD is upgraded to SSD, some move games, Operating systems, favorite programs from the hard drive to the SSD. Before you can start using them, you have to restore them even though SSD backup stores the SSD copies automatically.

Perhaps, you prefer that everything is readily on HDD. If this is the case, in a computer security building, if you are using Windows 10, it is essential to clone disk SSD in HDD.

B) To get Larger Disk Space:

Just like HDD, SSDs have their disadvantages despite their running speed being high. The main shortcoming of SSDs is that they have a smaller capacity than their counterpart traditional HDD. Even with the low capacity, the price is still the same.

The other shortcoming is that their writing and reading times are limited. For example, in MCL, there are 10,000 writing times while in SLC, there are 100,000 times. The other challenge which can be quite frustrating is how hard it is to recover any lost data on SSD. For these reasons, it is necessary to ensure Windows backup SSD on Windows 7, 8, 8.1, and 10.

The image backup copies the boot sector and partitions as well as everything else in your drive. As a computer user, backing up your Windows installation properly is non-negotiable. Taking this into account, this is the best way to back it up, including settings and programs.

It is not the same as file backup which copies documents, spreadsheets, and pictures among other data files. In this case, it is about using Windows 10 to create a system image. Depending on the Windows version on your computer, the below guidelines may differ from one to the other.

Step 1 The first step is to plug-in your external hard drive. Make sure that it has sufficient free space to store everything that is on your SSD

Step 2 Go to Control Panel first, then Backup and Restore (Windows 7). The Windows 7 label here should not concern you. 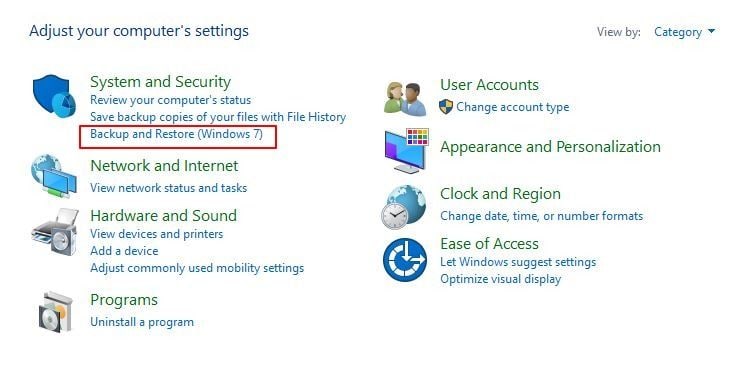 Step 3 In the upper left, select a system image 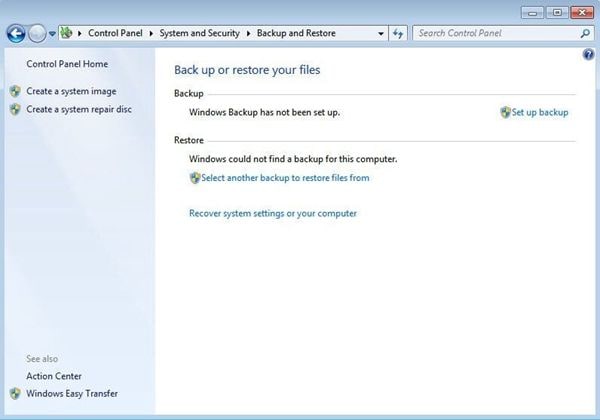 Step 4 On the fourth step, there is a screen. You must ensure that the backup drive is selected. You can also opt to back up to a new location or even to DVDs 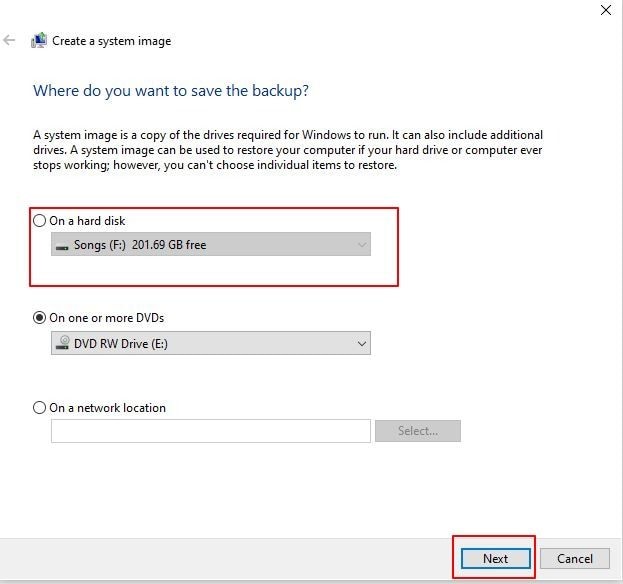 Step 5 Click on 'Next,' and at this point, the C drive should be selected. If there are other drives that you wish to backup, select them as well. After the selection, click the 'Start backup.'

Once you have completed the five steps, it is time to follow the wizard. Most people find that the backup utility does not meet their requirements. It is because, in some cases, while restoring the system on Windows 7, it is easy to fail. That is the reason it is crucial to know how to do windows backup SSD and to have alternatives to Windows 7 restore and backup.

There are two features to use when you want to back up the data and Operating System in Windows 8. These are the File History and Windows 7 File Recovery. Windows backup tool may not be able to complete incremental backup to save on disk space in the operating systems mentioned previously. In such a case, assistance from third-party software will come in handy.

Since there are many ways to do an SSD backup, one should never be overwhelmed when trying to do it. The good thing about most of these options is that they are not overly complicated. You need to choose them wisely as some are more effective than others. All the folders, documents, digital files, and pictures must be well protected. If this is what you want, you should read on to learn how AOMEI Backupper can help you auto backup SSD to HDD. These are the best and most effective methods to do so.

You have probably heard about AOMEI Backupper for Windows 7/8/10/XP/Vista! This freeware specifically made for Windows is used to clone, backup, and restore. If you use your SSD to store personal data and operating systems, you can use disk backup to back up the entire disk. The process is quite easy as you can do it in a single click of a button. All you need to achieve this is to connect the device that you want to backup with your computer. At this point, click on 'Download' to try it. It proves how easy it is to do so.

In the first step, the AOMEI Backupper Standard should be installed and launched. Once this is done, click on 'Backup' and then the 'Disk Backup' option.

Step 2 Select the Source and Destination

By clicking in the SSD, you will be selecting it as the source disk and destination disk.

Tips to keep in mind!

The one thing that has made the AOMEI Backupper Professional popular in SSD backup automatic to another device is how easy it is to do it. It also does not consume a lot of time. With just a few clicks during the backup process, this tool lets you set customized settings. It is a plus to many computer users, especially those that want windows backup SSD.

This software is also useful when you need to restore the system or data, and besides this, you can use it as external hard drive backup software. The AOMEI Backupper Professional comes with features such as create bootable rescue media, system, and disk clone.

When reinstalling settings and the system, you will save effort and time with the system image backup image. While at the same time, keeping a regular system backup will help you backup in real-time. SSD backup is necessary, especially when you store personal data and OS on the SSD since if anything happens, reinstalling will not replace anything.

The benefit of an SSD drive is that it can be backed up on HDD, SSDs, or DVDs. With the Windows backup utility, it is possible to create a system image in the instance you only have OS on your SSD. If it is not possible to back up the entire disk in this way, Windows SSD backup software will come in handy.